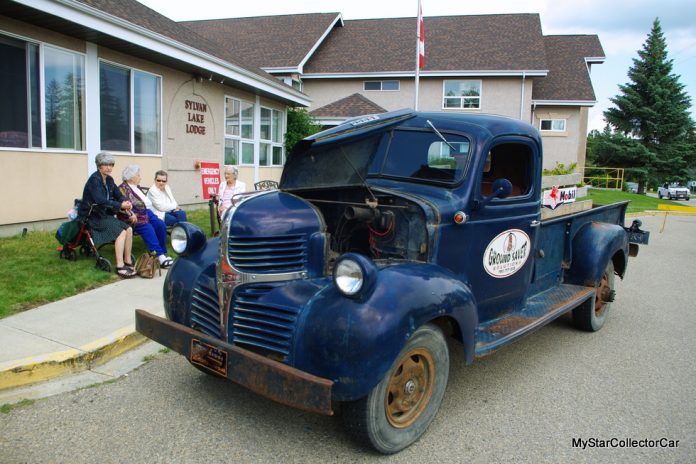 A 1946 Dodge 1-ton truck is an unusual guest of honor in the 21st century because most were worked to death and disappeared from the face of the planet many decades ago.

An exception to this harsh reality is Zach Bullock’s 1946 Dodge 1-ton farm truck that somehow survived the ensuing 74 years since it left the factory.

Zach’s truck wears its long history on its outer metal skin, including a patch of worn paint on the top of the driver’s door where its former owner used to rest his arm while he was driving the truck. 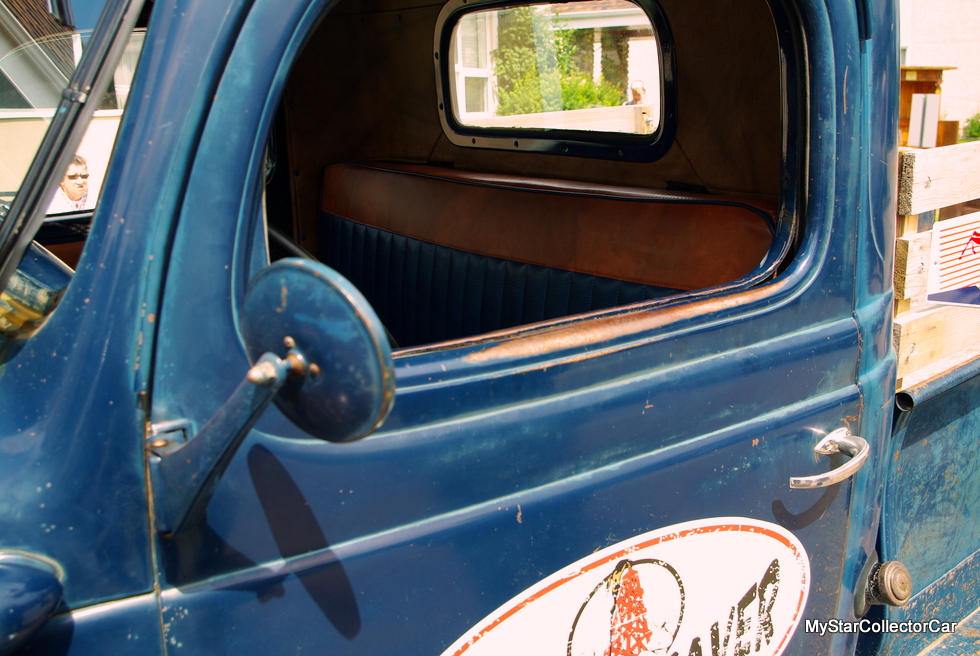 Zach and his father Brandon are a talented car guy team who work well together when they tackle a project. Zach and his dad discovered the ’46 Dodge in a barn on a rural property when they were scouting for a suitable father-and-son project. The old farm truck made the grade in a big way. 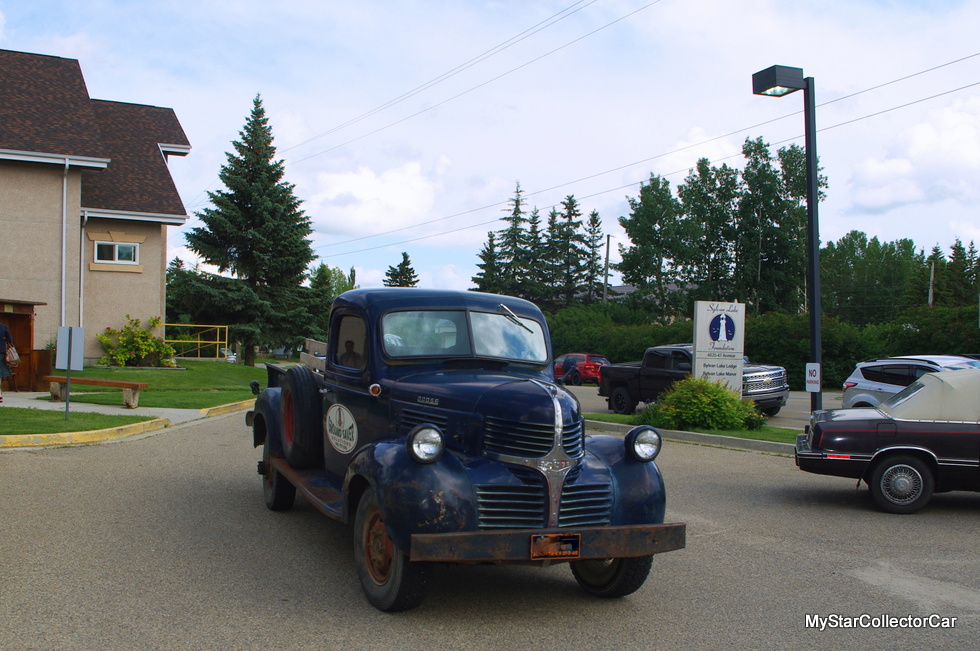 Zach estimated the truck had been in storage since 1981 until he became its owner about 4 years ago, so he and Brandon decided to take careful steps to resurrect the old farm truck from a lengthy hibernation.

They drained the gas tank, replaced the fluids in the truck, changed the sediment bowl filter into an inline gas filter system (while leaving the sediment bowl system in place), and gave the original flathead six-cylinder engine just enough reasons to fire up after a long storage period. Zach mentioned that it took them “one day to get it running”. 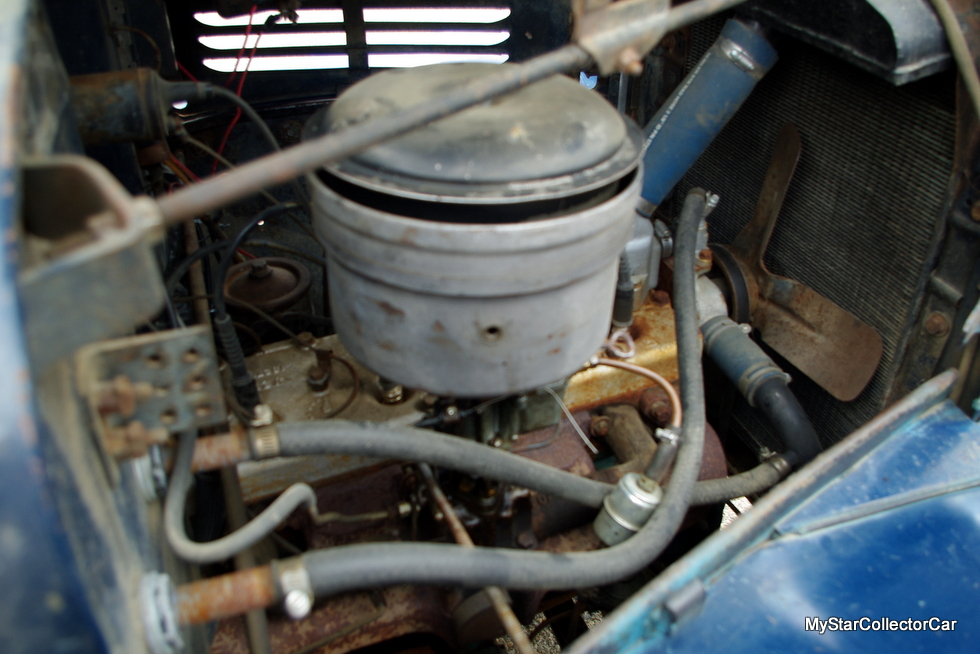 Zach wanted to ensure his ’46 Dodge stays running–so he only uses premium gas in it, along with a lead additive in the fuel to compensate for the original valve seats in the truck’s flathead six. Additionally, he also adds a zinc additive to the oil to make it more compatible with the engine. 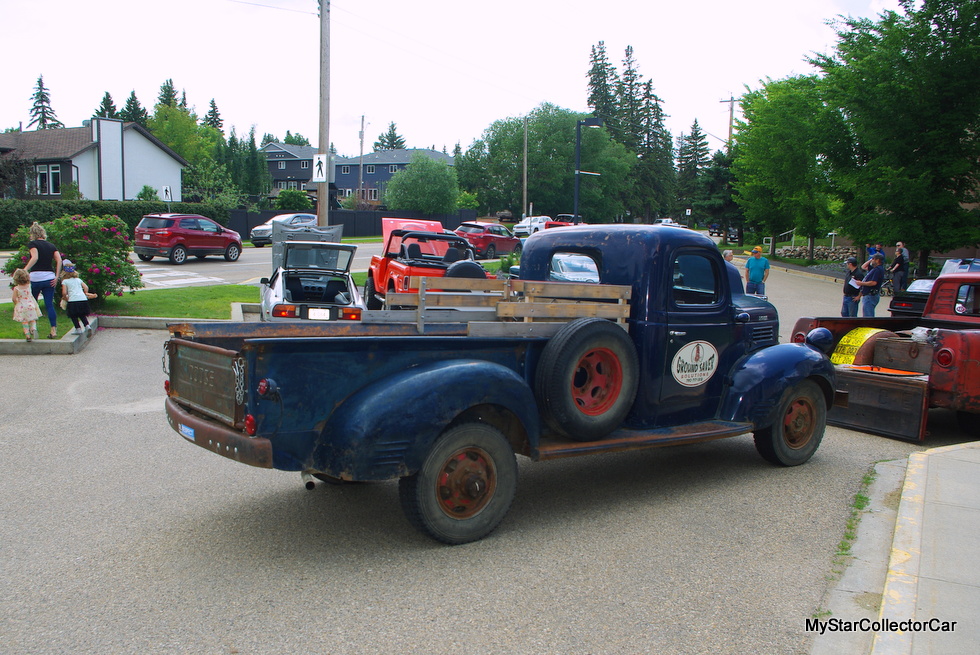 The truck also required an entire brake system rebuild that included new brake lines that were custom-built by Zach and his dad, along with a master cylinder that was in great condition and donated by a 1947 Dodge truck. 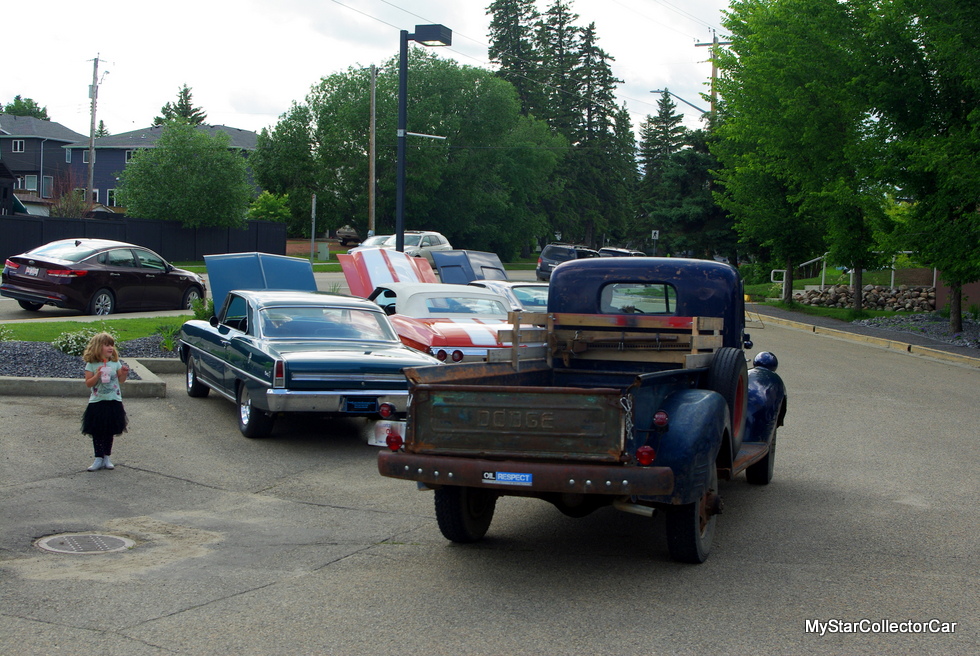 The Dodge’s original bench seat has been redone and is “the best part of the suspension”, according to Zach. The original suspension is still in the truck and consists of heavy duty leaf springs designed to handle big payloads. 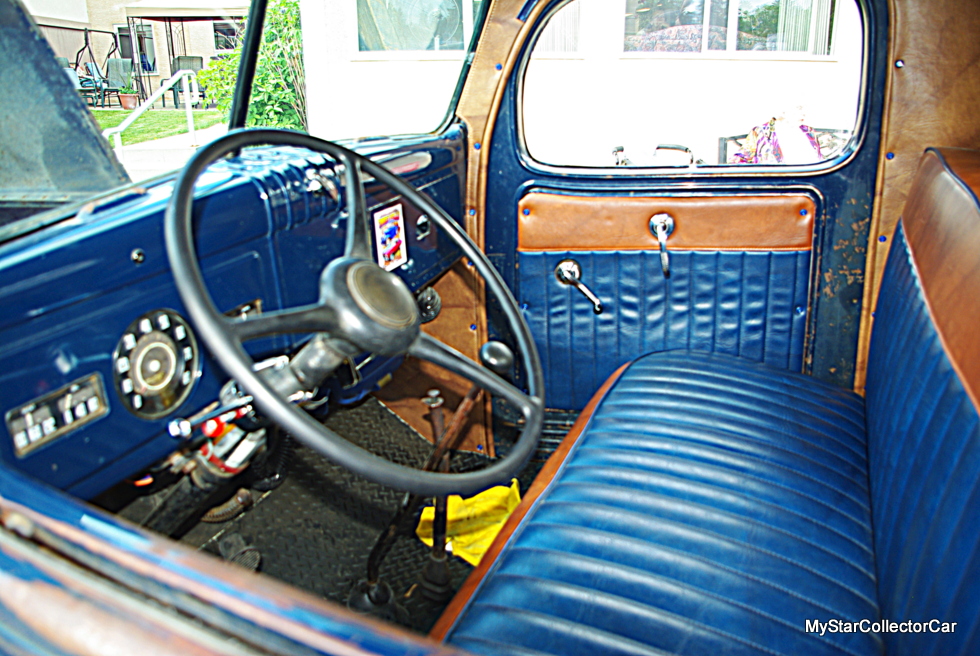 There are very rare occasions when MyStarCollectorCar is able to deliver a teaching moment to the talented car guys we interview on a regular basis and this 1946 Dodge truck provided one of those moments.

Zach mentioned he had a windshield wiper issue and noted how they stopped working every time he pushed the truck too hard in wet weather. We were able to assure Zach that his truck’s factory vacuum wipers were working fine and did not require any repair other than easing up on the gas pedal to allow them to work. 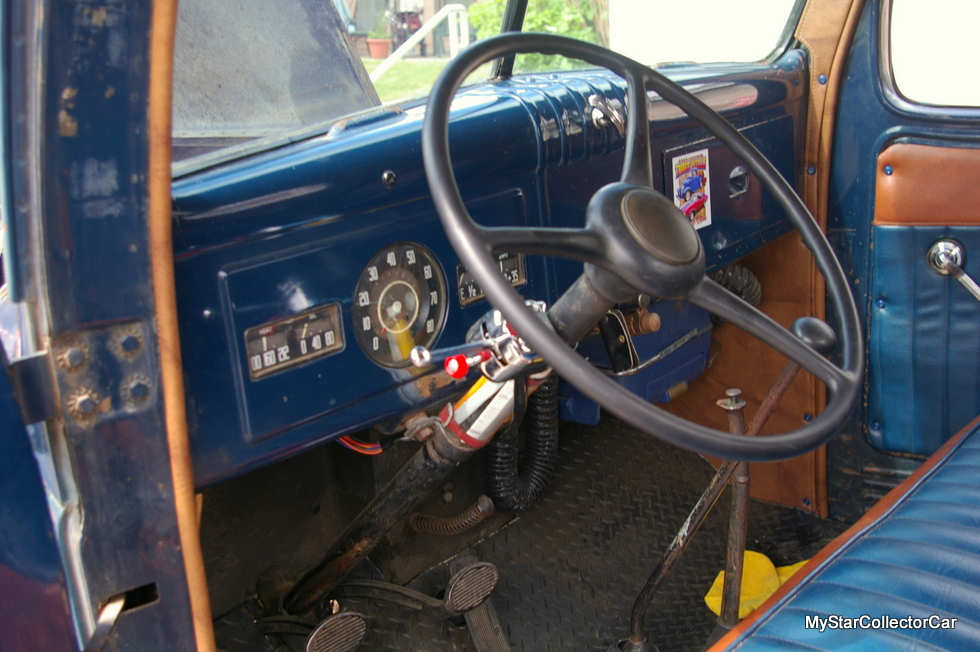 However, Zach did replace the truck’s original windshield with safety glass because the original glass would virtually explode upon impact with a rock. He intends to leave the vacuum wipers on the truck and adjust his driving style accordingly-but he added signal lights to his ’46 Dodge because few drivers understand hand signals in today’s traffic and he wants to drive his classic truck. 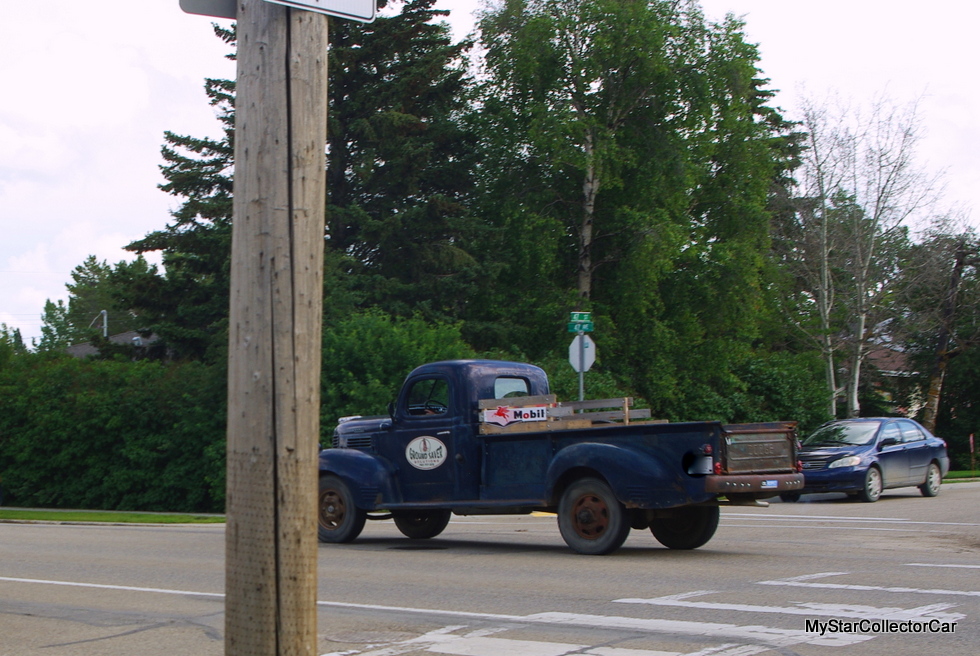 MyStarCollectorCar had to ask Zach why he (a young car guy) wanted to preserve the originality in his antique truck and we liked his answer: “I always wanted something old”. Spoken like a true car guy.