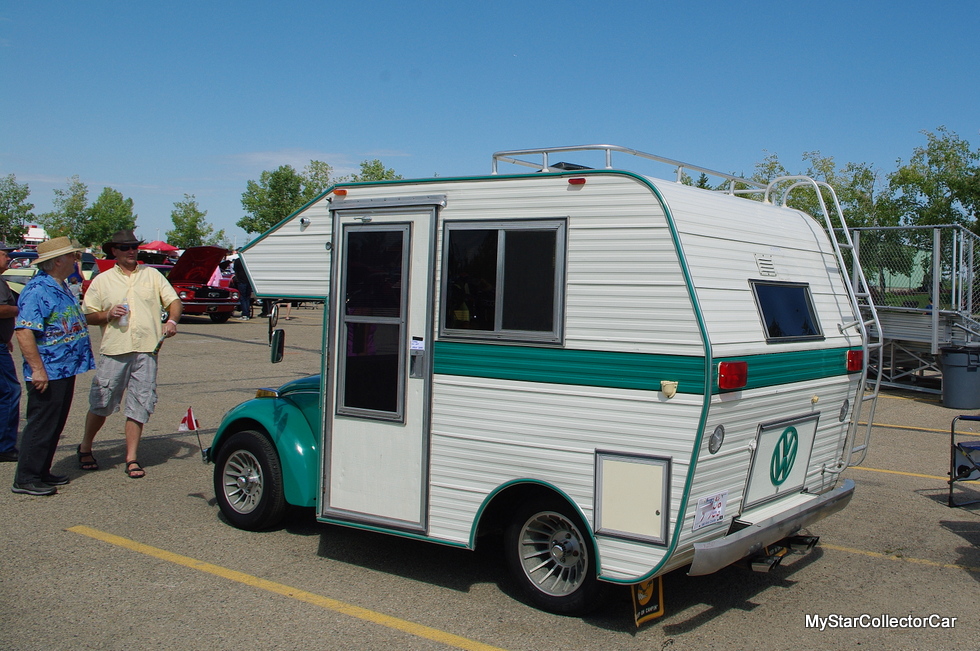 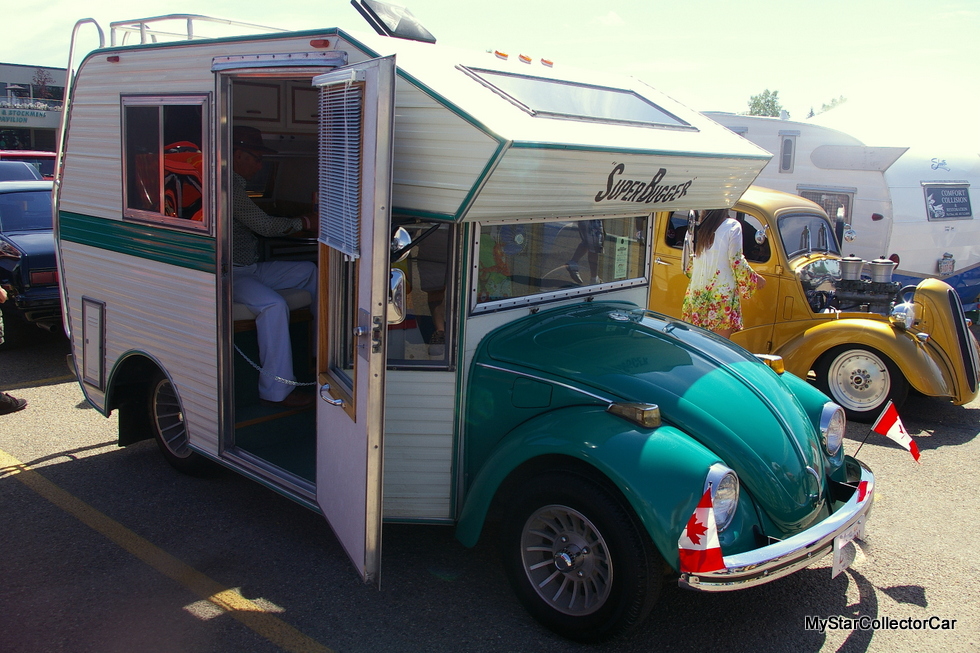 The Volkswagen Beetle enjoys a long reign as one of the most popular vehicles that ever left a car factory.

‘The Bug’s warm and fuzzy readings with the public were off the charts even before Herbie the Love Bug went Hollywood and made the VW Beetle even more lovable.’

The first generation Beetles were not exactly lightning in a bottle but they more than made up for their slow speeds with their terminally cute looks back in the day.

Original Beetles were once a common sight on the roads of North America, primarily as a second car in a nuclear family. They were largely used as an urban vehicle where their small size and great mileage was more than a counterbalance for their lack of neck-snapping speed.

We were completely unaware of a very unusual VW Beetle recreational vehicle until we saw one at a summer car show. The Super Bugger was a camper conversion vehicle built in California by an innovative after-market company that took their “what-if” idea and ran with it. Their “what if we built a Beetle RV?” idea became a reality in the 70s. 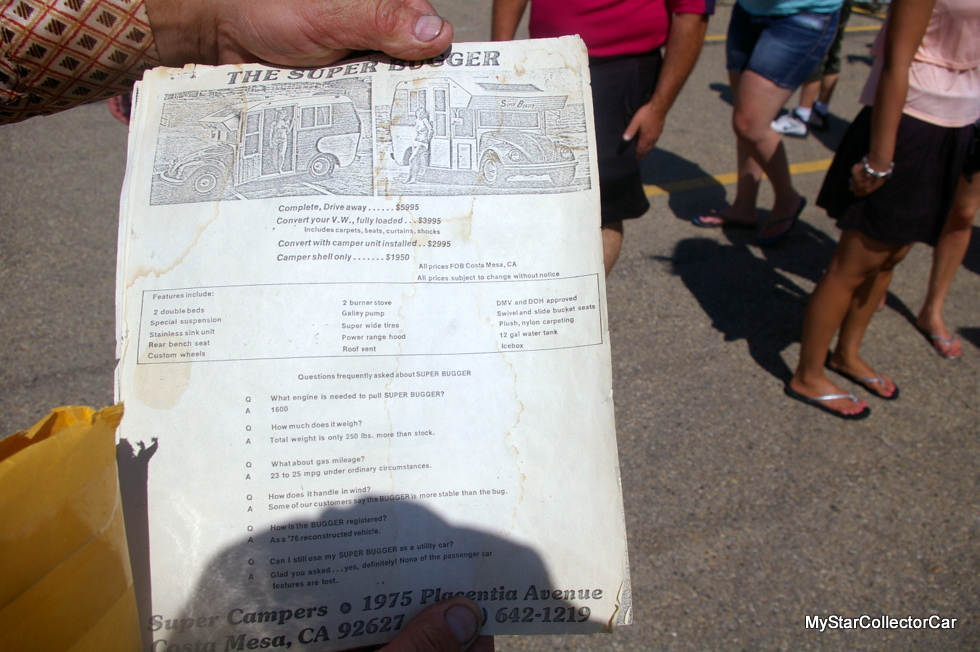 The result was an RV built on a 1968 VW Beetle platform in 1977 that was front page news on the legendary Mechanix Illustrated magazine for their June ’77 issue. We must have missed that particular issue because the Beetle RV we encountered at the show was our first look at this highly unusual ride. 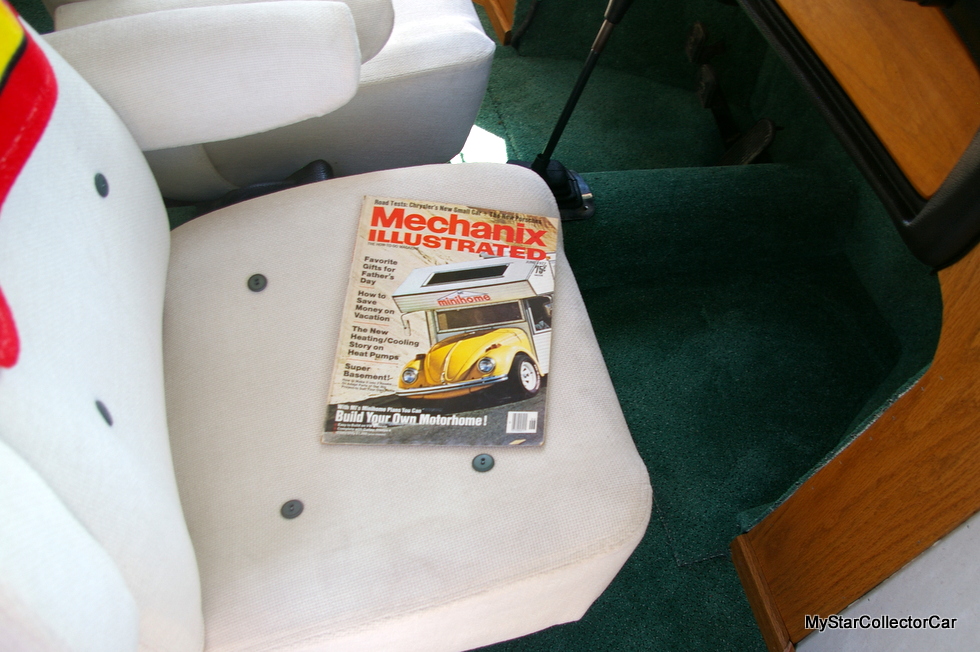 Keith Spelrum and his lovely bride Glenna were the proud owners of this 4 wheeled, air-cooled show stopper. Keith and Glenna are friendly, outgoing people so they were the right people for the VW because the Beetle attracted a large throng of curious people. Bear in mind their Beetle camper was in the midst of about 1000 very interesting vehicles at the show and attracted more attention than any other entry. 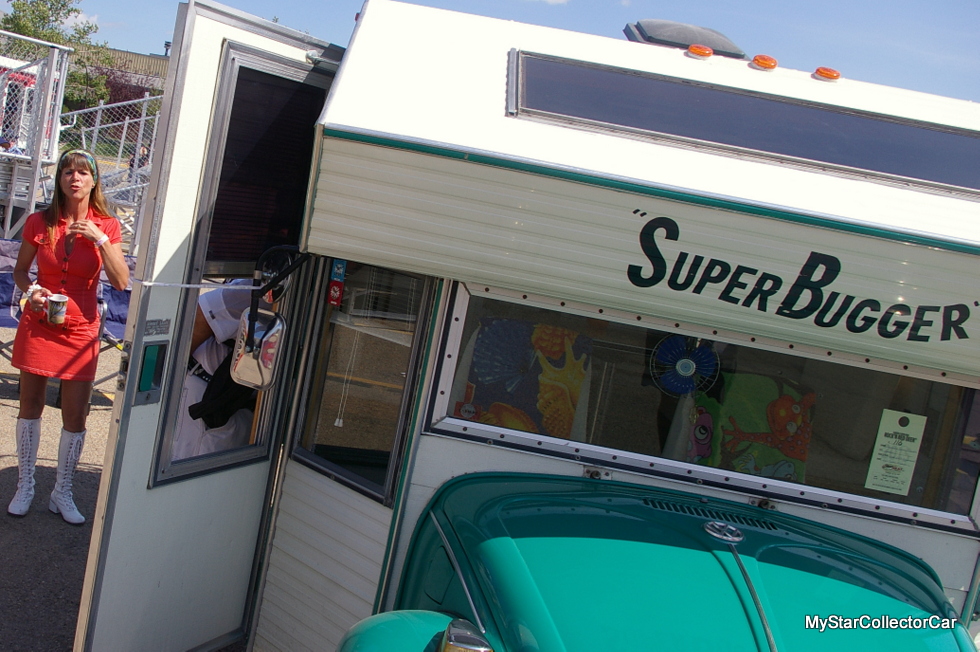 Keith told us “nobody ever know what it is and some guess it’s a Westphalia”. They were bombarded with questions about the Beetle RV and the most common questions were “How fast does it go, did you build it, and do you camp in it?” 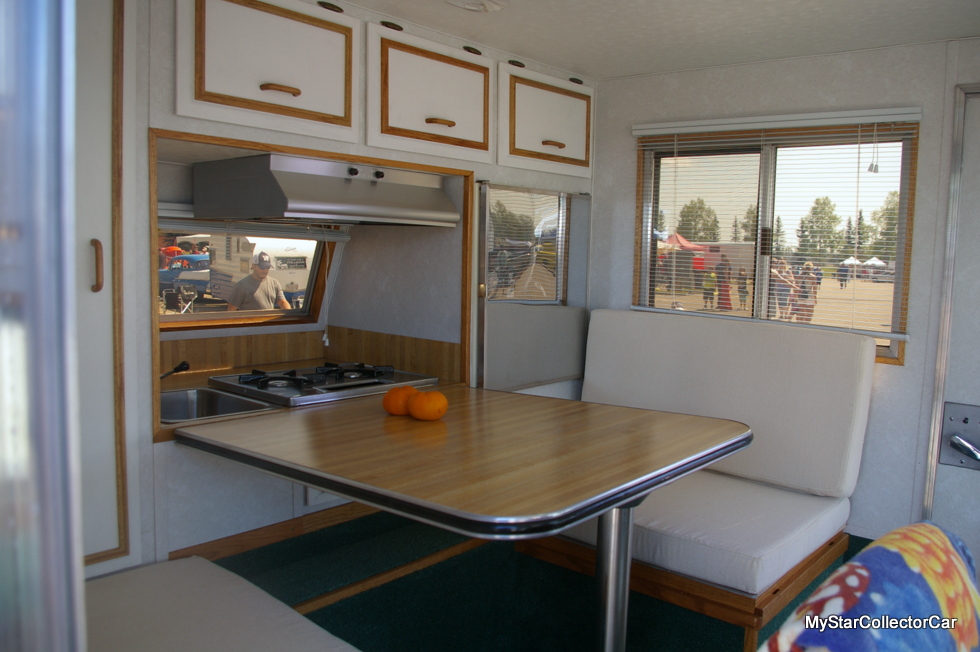 Keith answered some of the technical questions for us about the camper, including the reason behind using a 1968 VW as a platform. Keith said the 1968 was the last year for the swing axle assembly and the RV builders wanted to use this axle for their RV conversions.

The Beetle has a 1600cc dual port engine donated by a VW bus and is able to maintain 50-55 mph (80-85 km/h) on the highway. Keith and Glenna use their Beetle conversion vehicle less as a camper and more as a conversation piece because they have a lot of fun with people who are drawn to it. 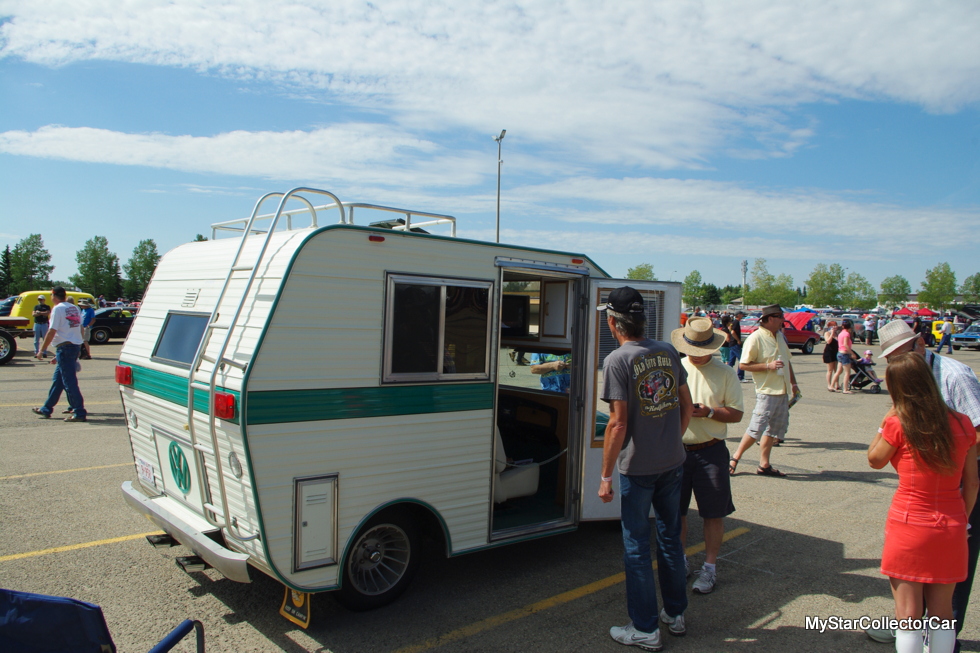 We guessed that kids love their VW and we guessed wrong because Keith told us “kids don’t get it.” He was right about kids because they seemed barely interested in the camper, while adults of all ages love their Beetle.

The VW was actually pulled behind a regular RV by its former owners who presumably wanted extra camping quarters from their towed vehicle. The result were a few dents on the VW camper from the rocks shot from the rear tires of the bigger RV during the tow process. 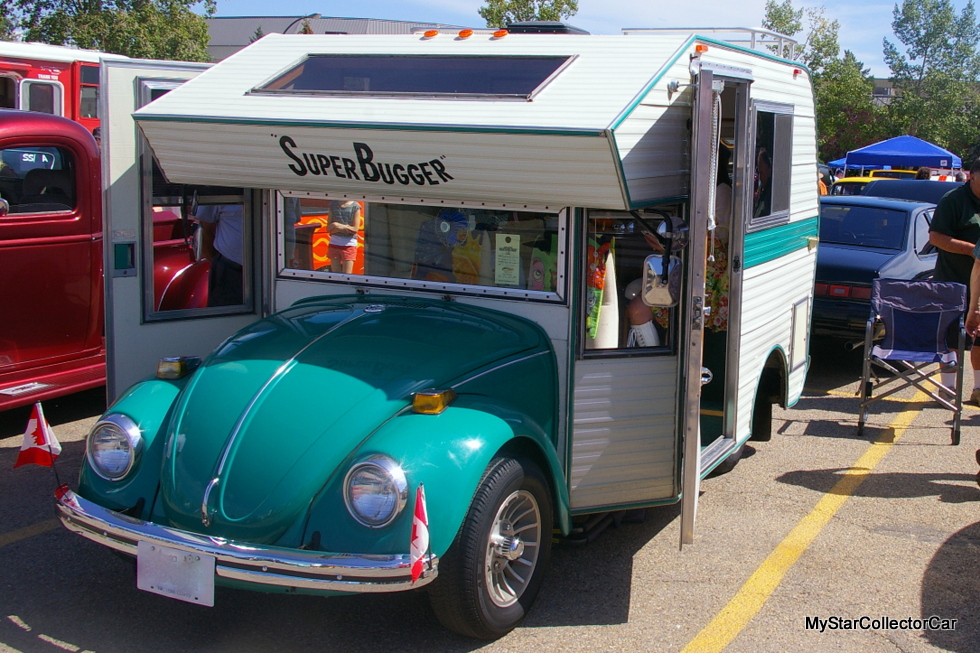