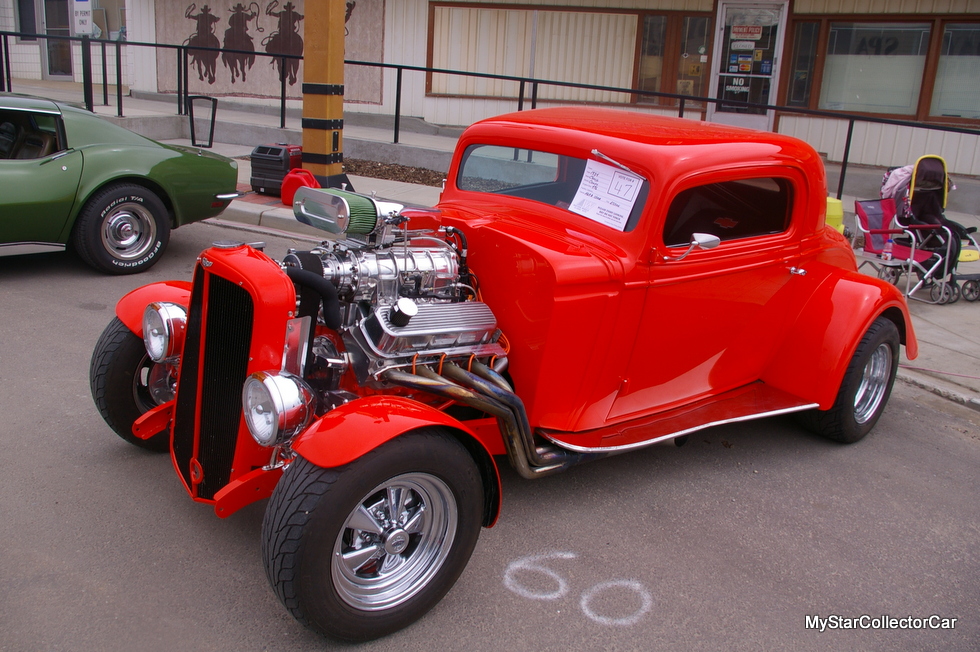 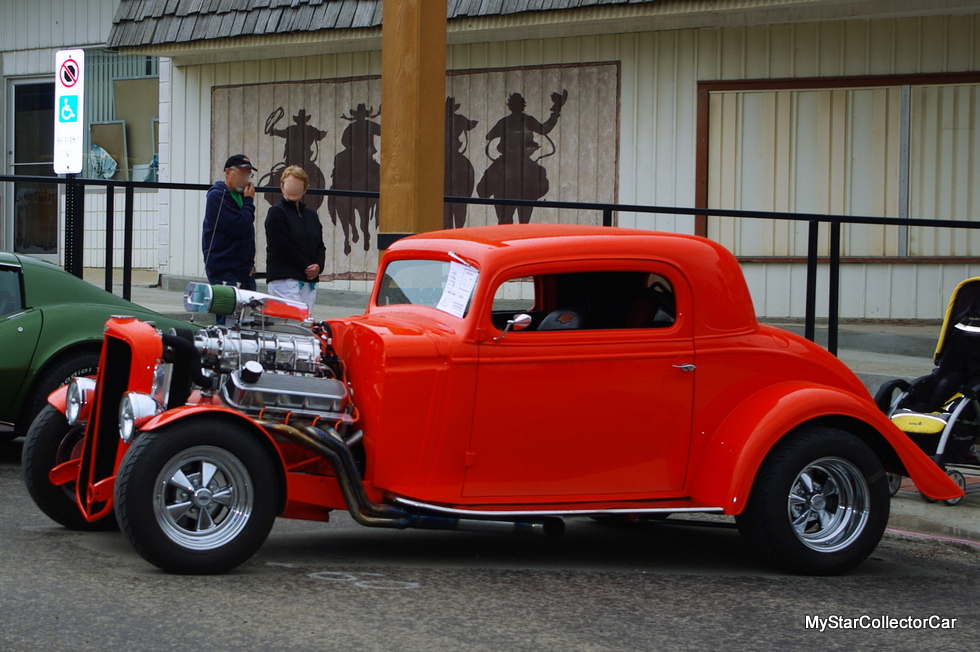 One of the iconic hot rods in the car hobby over the years has always been the early 30s Fords.

Henry Ford made millions of these cars in the Dirty 30s and these pre-war Fords became the starting point for some of the most famous hot rods in the car hobby.

‘One of the most famous Ford hot rods from this manufacturing era is the bright yellow ’32 five window coupe driven by John Milner in ‘American Graffiti’. 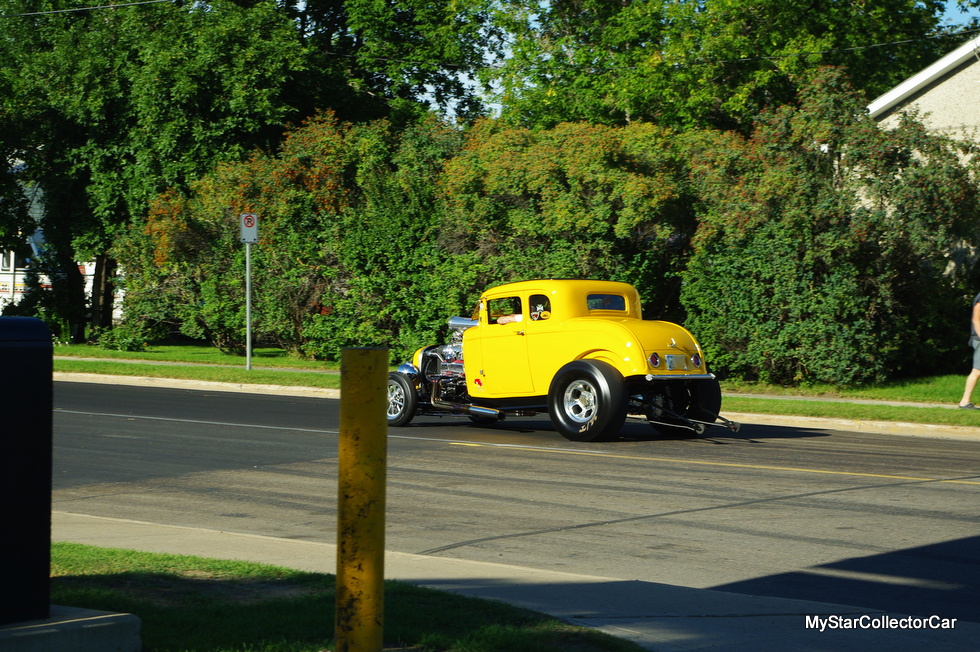 The Milner car reinforced the early 30s Fords’ place at the top of the totem pole in hot rod culture. However, there were other cars that shared the pavement-if not the spotlight-with the popular Ford models in the early 30s. The other cars just made less of a splash in the hot rod culture when the hobby began to catch fire after WW II. 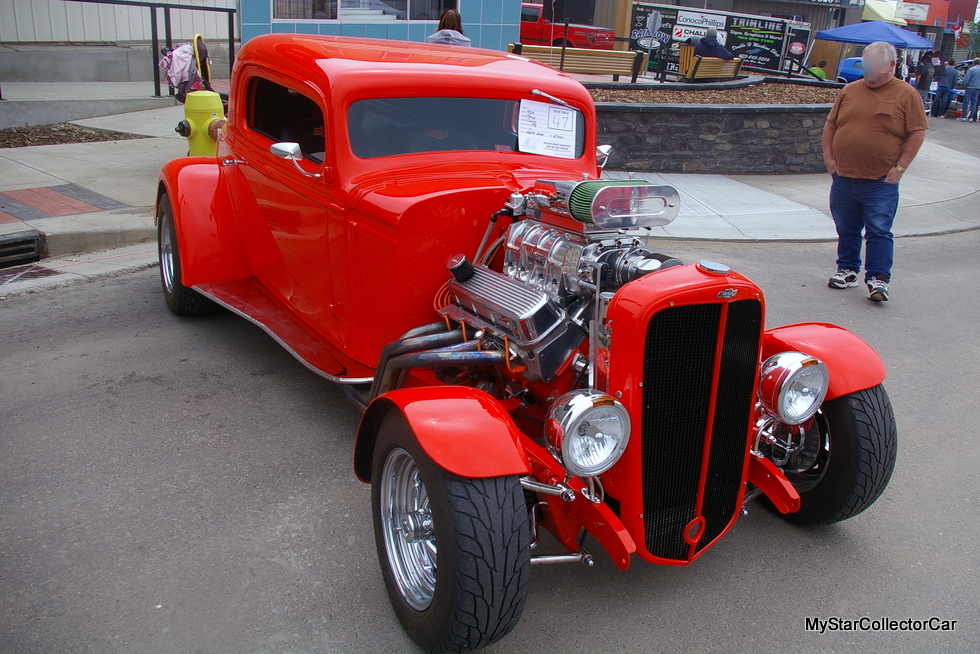 Ford’s perennial rival Chevy was one of those ‘other cars’ in the early hot rod culture and GM’s early 30s big dog has never enjoyed the same popularity as the Ford in hot rod form. For these reasons, a 1934 Chevy hot rod at a car show got our attention in a big way.

Owner Herb Close is a very talented guy who built this entire project with his own two hands. In fact, Herb even painted the car as part of the process. Herb said “you do what you can afford” when it comes to the car hobby and his cost-conscious game plan included “putting every nut and bolt” back into the car on his own.

Herb even applied Endura paint to the chassis on his frame-off project and chopped the roof a little to give the Chevy a nice custom look. The hot rod has a big block 496 engine that puts 550 horses at the rear wheel according to Herb. 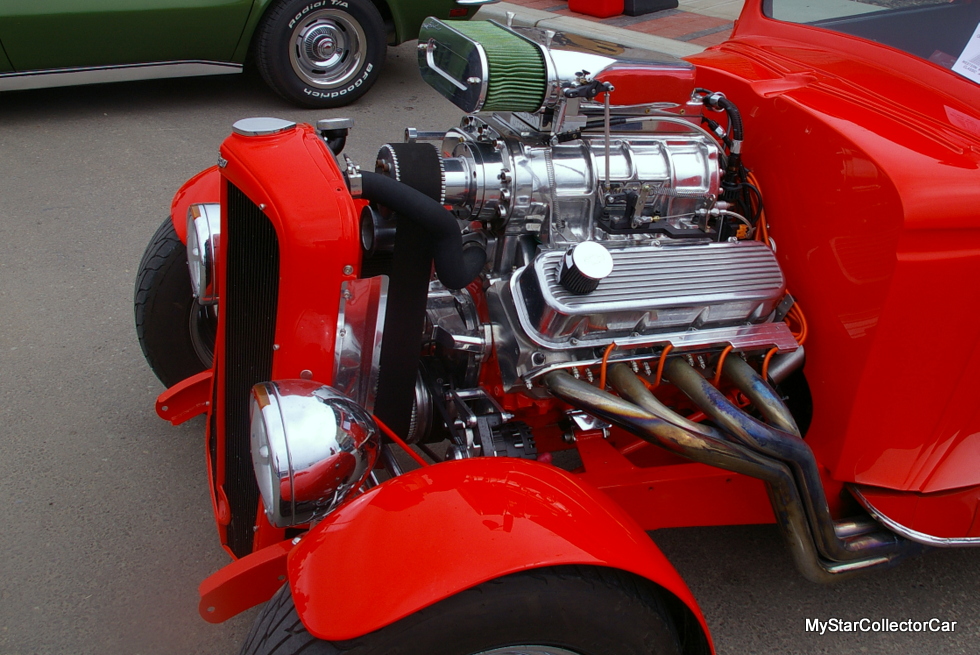 The fact the car only weighs 2300 lbs. means Herb has a few traction issues with his hot rod when he puts his foot into the gas pedal with a little too much enthusiasm. He changed out his 700R tranny for a 400 and now it takes 3400 rpm to hit 60 mph in his Chevy hot rod. Herb may have to re-think his game plan because he loves to drive his hot rod to shows and the current power-train configuration is not good for long trips. 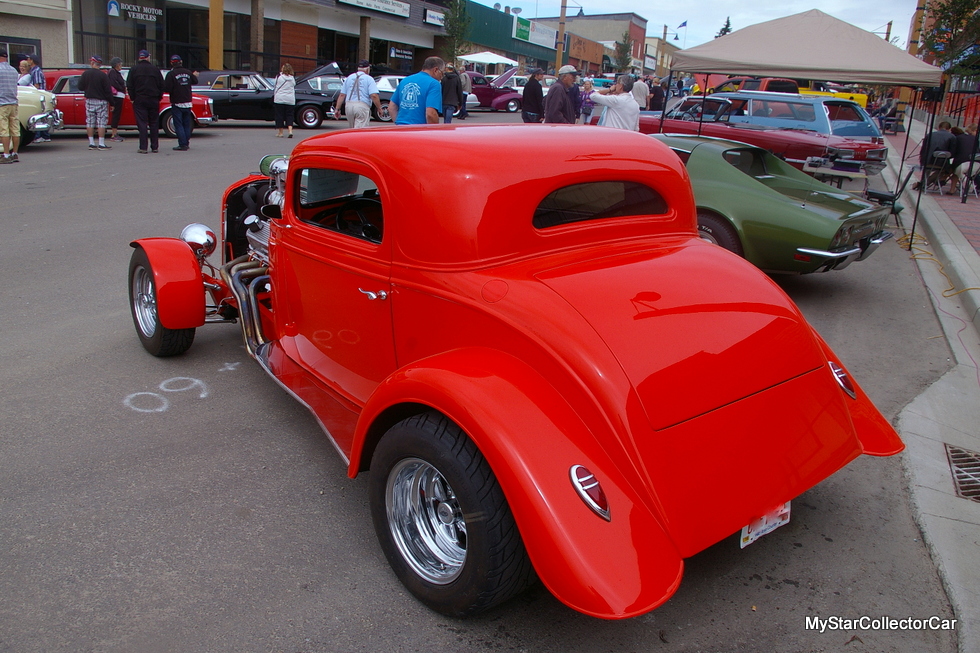 However, the Chevy is indeed a driver and we caught up to Herb with his car at a show that was 2 ½ hours from his home-and Herb does not believe in trailer queens. Herb has driven the car through some “nasty weather” in his words, although he did add rack and pinion steering to his car so he can keep the Chevy pointed in the right direction on the road. 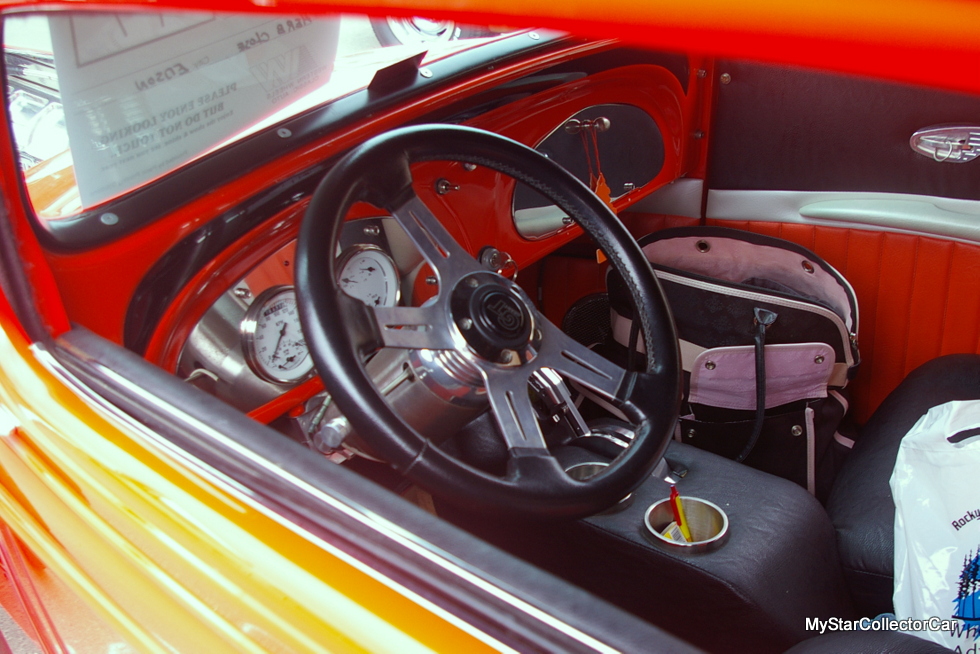 Herb is pretty handy with stainless steel and built his gas tank, glove box, dash and running boards out of the shiny metal. He may have made a ton of changes to the ’34 Chevy, but Herb was quick to point out the original factory wood components in the trunk area. 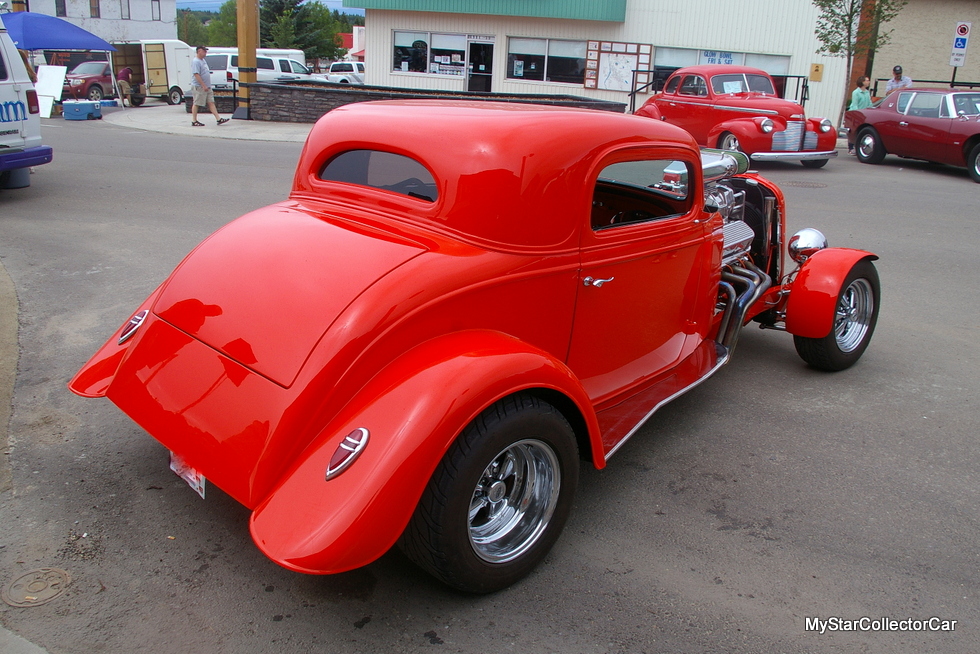 ‘Herb may be a hot rod outlier in an early 30s Ford-dominated world, but he seems like the kind of the kind who likes to blaze his own trail in life, so a 1934 Chevy hot rod is a great fit for his independent personality.’

THE MONSTER GOES TO A NEW HOME–SOMETIMES IT’S NOT A CHOICE...