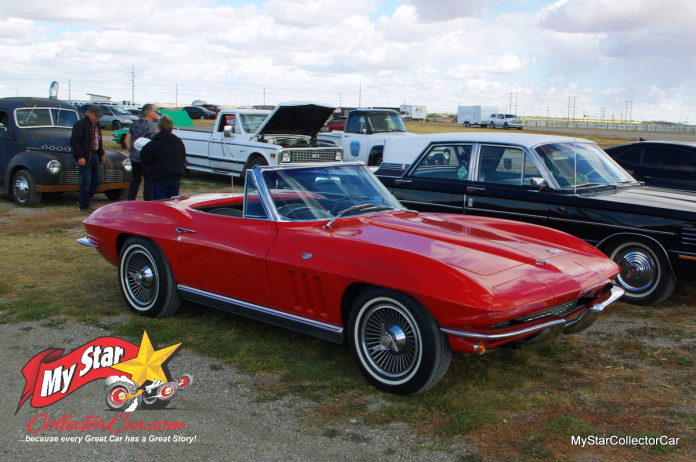 The Corvette legacy is deeply ingrained within the car hobby.

The first generation of Corvettes (also known as C-1 models) were built between 1953 until 1962 when they were replaced by another legendary model, namely the Corvette Stingray, a C-2 version that was a huge hit with the buying public.

A C-2 Corvette Stingray was unlike any other car on the road when it made its debut in 1963-and it maintained that legendary hidden headlight style for the next 5 years as a rock star in the automotive world.

The Stingray was a sleek and stylish upgrade to the original Corvette design that looked blazing fast at a standstill. General Motors also evolved powertrain options during the C-2 years and ensured the second-gen Stingray was also fast when in motion.

None of this brief history of the two earliest generations of Vettes was lost on Doug Mclaughlin, but he leaned toward the 1962 Corvette models and looked for one of the C-1 Vettes until he was steered toward a beautiful 1966 Corvette Stingray convertible by its former owner.

The ’66 Vette took the long and winding road to Doug because the former owner had bought and sold the vehicle three times before Doug became its current owner. The Vette had been a California car before the former owner brought it to Canada and eventually wanted the car to be sold through a famous auto auction before COVID changed the US-Canada border crossing game.

The strict rules forced the previous owner to consider other options, including convincing Doug to have a look at the ‘66 Stingray instead of pursuing a ’62 Corvette. Doug was indeed convinced and became the proud new owner of his beautiful 1966 Corvette Stingray.

The car is original in every way-except for the red paint job since it was originally a yellow car. The 327/350 horsepower combination is factory correct, along with the famous Muncie 4-speed manual transmission (nicknamed the “Rock crusher” because of its legendary durability and close ratio gears) that was also installed at the factory.

The car also has disc brakes on all four wheels and an independent suspension system to handle the roads then and now. It is not a reach to suggest the 1966 Corvette Stingray was ahead of the class in terms of performance as it applied to handling, braking and generous use of the go-fast pedal 55 years ago.

MyStarCollectorCar caught up to Doug for an interview only a few short months after he purchased the car from its former three-time owner, so he was still getting acquainted with his Vette. Nevertheless, he was impressed with the car and enjoyed any opportunity to drive it when the situation in his busy life allowed Doug the time to hit the road with his Stingray.