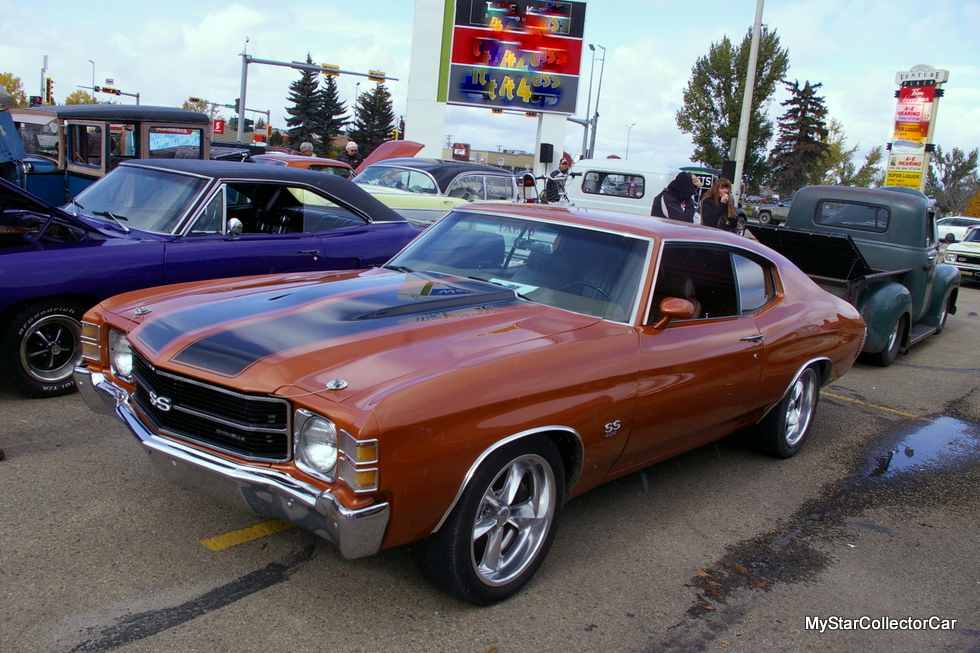 One of the iconic muscle cars from the first generation of these road beasts was the Chevelle.

This GM intermediate-sized car debuted in 1964 and was a suitable vehicle for GM’s entry into the 1960s horsepower wars. 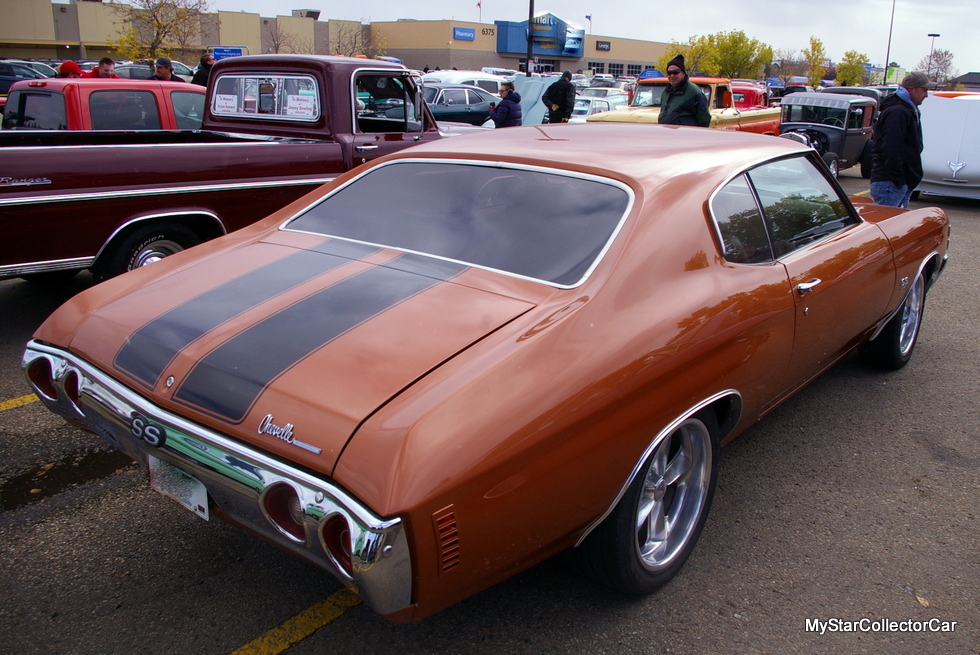 The dawn of a new decade was also the dawn of an even bigger engine when the 1970 Chevelle SS 454 hit the GM showroom. The large-and-in-charge GM big block was a beast that was barely contained under the hood of early 1970s Chevelle SS 454 models.

This brief history of the Chevelle SS 454 leads directly to the story behind a 1971 Chevelle SS 454 that was not quite enough power for owner Graden Johann. He purchased the car from its original owner about 9 years ago after it had spent 32 years in storage. 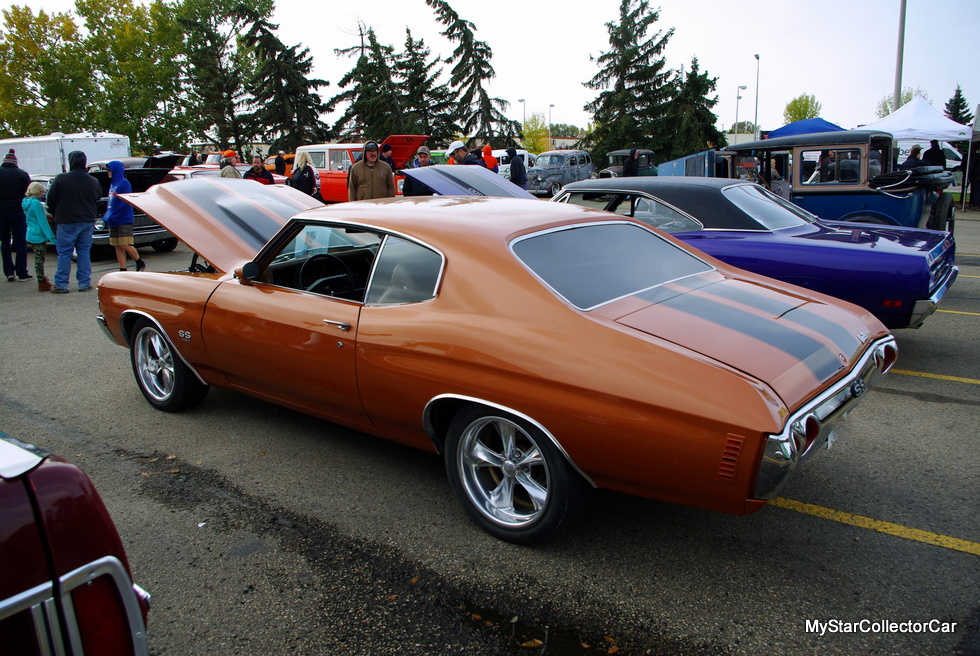 The car was completely original, including the front tires. It will come as a surprise to absolutely nobody that its rear tires were long gone because 454 cubic inches at the front of the car means plenty of tire damage at the rear of the car when the driver takes a generous approach to the gas pedal. 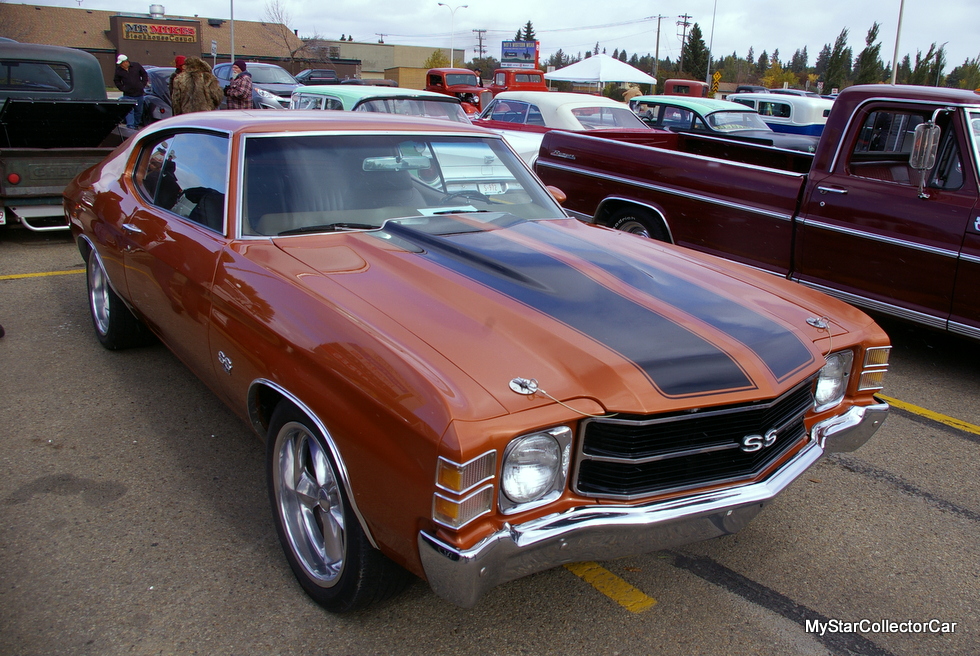 Graden’s ’71 Chevelle had a unique paint scheme that was called Burnt Orange by GM at the time. Graden mentioned that 1971 was the only year when this particular paint color was offered for the Chevelle models so, needless to say, he kept the color. 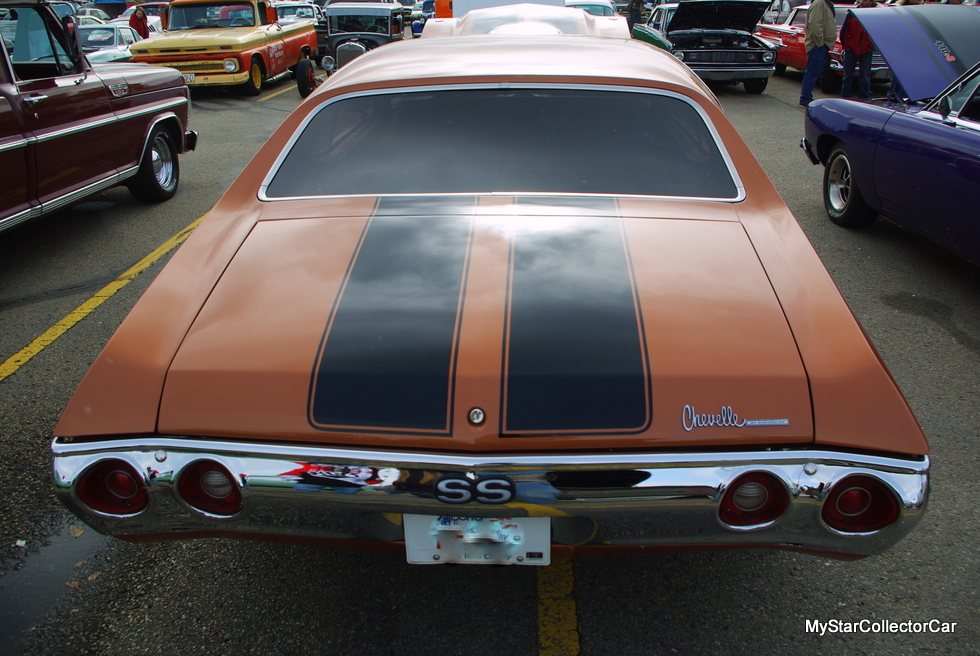 The paint job was one of the few features that Graden left to factory standards. He had plenty of respect for the massive and original 454 under the ’71 Chevelle’s hood-but Graden wanted even more muscle under the hood. So he replaced the 454 with a fuel-injected 496 stroker that was even more beastly than the factory big block. 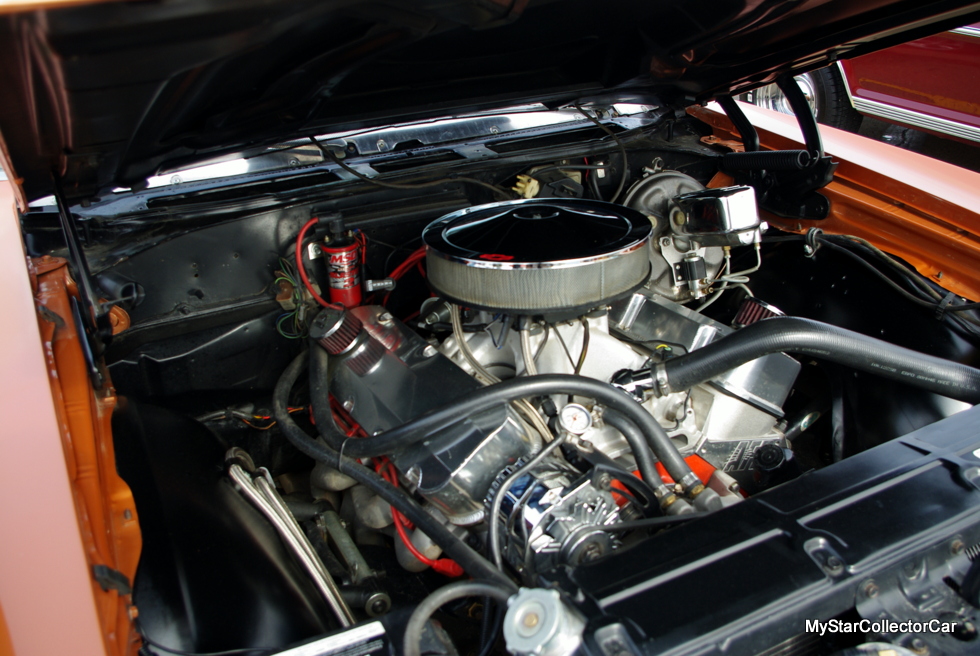 Graden also added four-wheel discs and a tubular suspension to his Chevelle so it could stop and turn better than factory. He also added a 4L60E overdrive automatic transmission to handle the extra horses corralled in the 496 stroker. 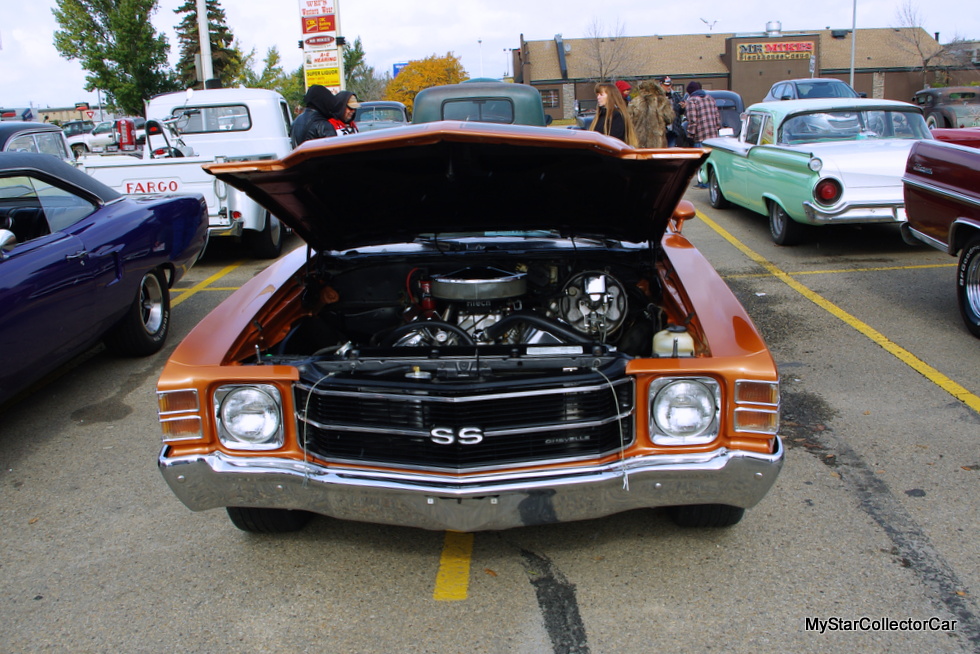 The performance result is “awesome” in Graden’s words. He also noted the throttle response was “insane” because of his EFI (electronic fuel injection) and he is able to smoke his car’s rear tires in both first and second gears during shifts. Bear in mind that Graden has an automatic in his Chevelle. 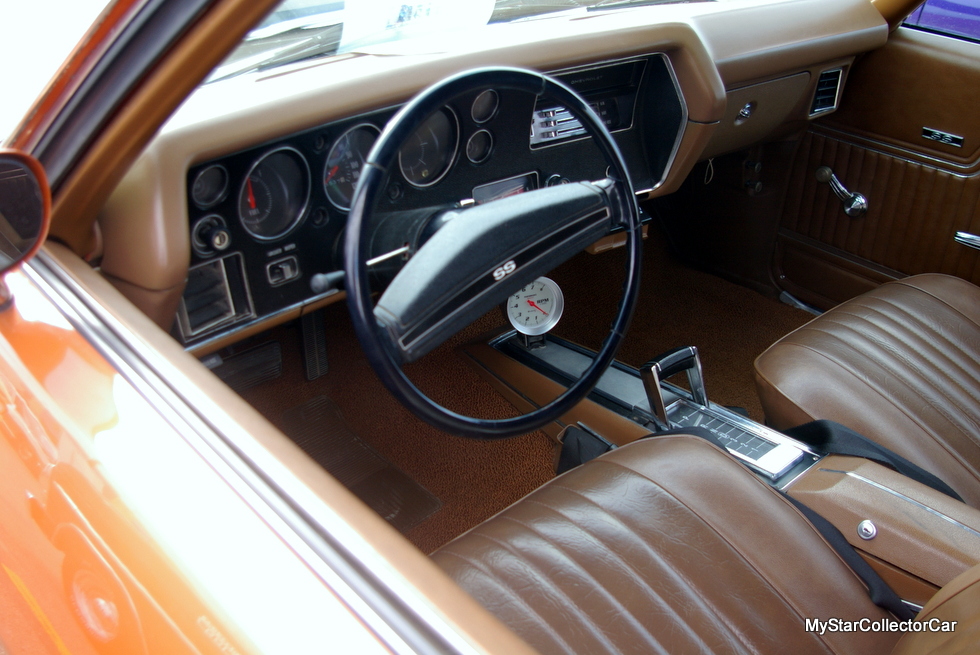 The Chevelle is also a free-breathing beast because of its header and 3-inch exhaust system that release all of those ponies penned up in the 496 stroker engine. 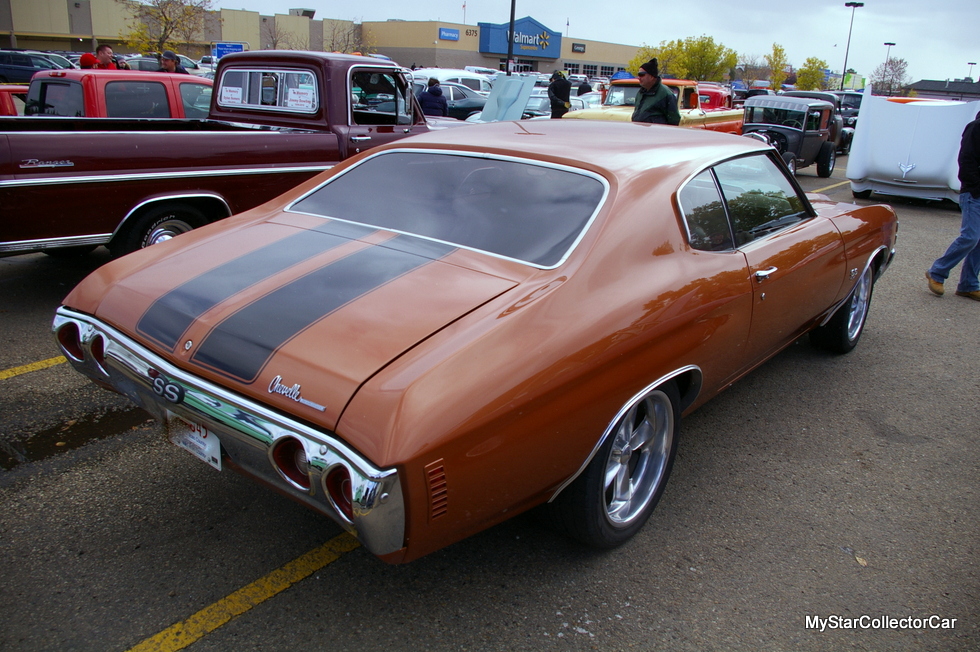 Graden has encountered some resistance to his changes in a “You should have left it as an original” way. His response to them is pretty simple: “I can do it tastefully.” 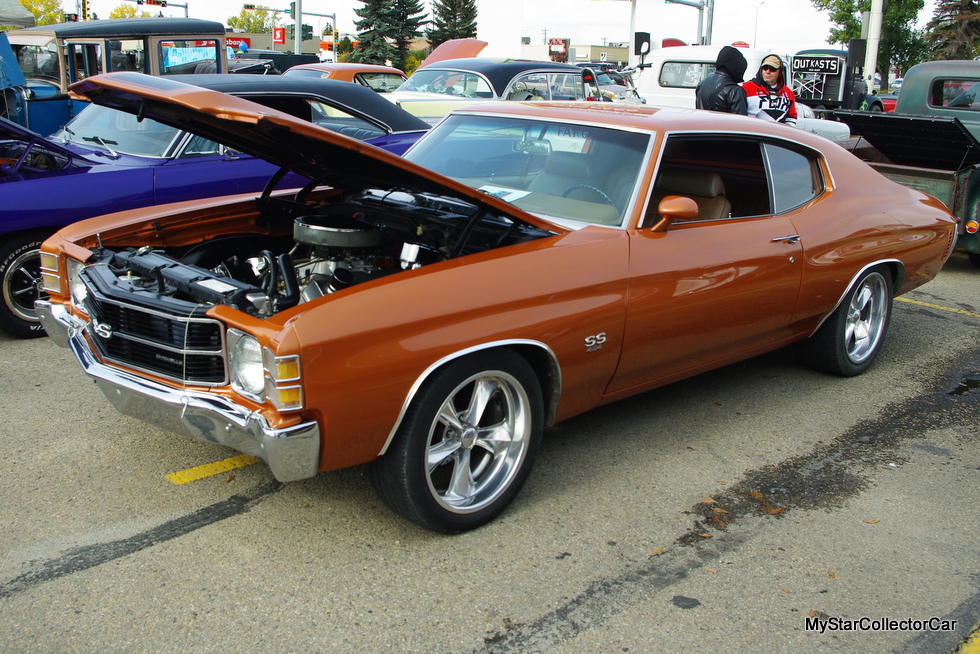 MyStarCollectorCar agrees with Graden because his stylish 1971 Chevelle SS retains every inch of the car’s very cool early ‘70s style coupled with a seriously upgraded 21st century performance edge under its skin.