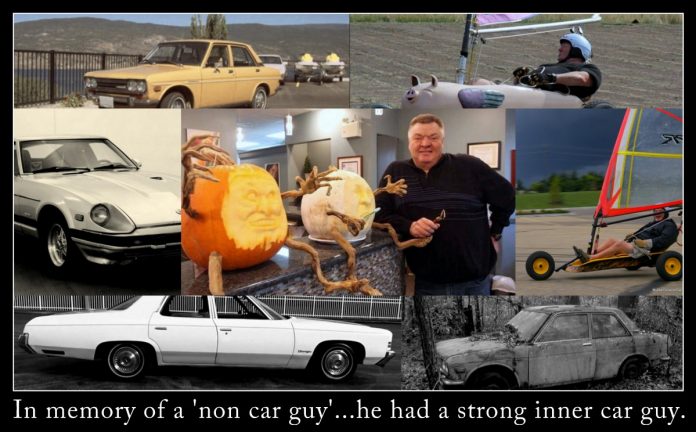 One of my good buddies over several decades was a guy named Brian Saby, a retired dentist who soared with the eagles in cosmetic dentistry.

In fact, Brian was a pioneer in the field and ran rings around most of the people who claimed to be cosmetic dentists.

We in Brian’s inner circle always called him “JR”, which was a shortened version of “Junior Saby”, a nickname that differentiated JR from his oldest brother Don (aka “SR”- a shortened version of “Senior Saby”). None of this made perfect sense because JR was not the youngest member of the four Saby brothers. That honor belonged to Gord, a brother nicknamed “Rookie Saby” by JR.

Bear in mind these nicknames were created back in the 1970s when we were young and had a thinner rule book that did not follow rigid guidelines, even when it came to names. Also note Junior Saby became JR after he became a full-fledged dentist at the tender age of 23 in 1981 and got his first dental gig, along with a hefty increase in affluence from a non-existent student income to a dentist’s salary.

My brother Bruce felt we needed to acknowledge the occasion with the JR handle in honor of the famously wealthy JR Ewing from TV’s ‘Dallas’. Just for the record, JR liked the shortened version of his nickname.

One of his first purchases as a dentist was a fully loaded 1981 Datsun 28OZX, although JR’s fondest memories when it came to cars was his 1972 Datsun 510 because it was his first car and the one that was a huge part of his misadventures as a teenager.

JR worked hard every summer as a laborer for a construction company that specialized in sewer and water pipelines. It was a gypsy’s life that took him on the road in his 510 (the car he named Dick the Datsun) to many places during the summer. JR got a great deal on the 510 because Dick had been in a car accident and suffered major cosmetic damage, a fact that did not bother him in the least.

Eventually Dick the Datsun reached the point where the little car could not deliver reliability, so JR got a 1972 Chevy four-door sedan from his parents, a car he named “Irving the Wonder Impala” because it was his second favorite car of all time.

Irving was JR’s car of choice for the winter months when he owned it in conjunction with the “Zapper”, his 280ZX summer car. Eventually, Irving was sold to another of JR’s buddies and that guy was able to use the Chevy as his principal mode of transportation for a few more years during the 1980s.

New vehicles did not share the spotlight for JR in the same way as his older vehicles, although he purchased a brand-new pickup truck that really excited him shortly before his untimely death this past fall.

JR was a self-professed non car guy, but we took this notion with a grain of salt, given his fond memories of Dick the Datsun. Consequently, we used to send him links to ads for 510 four-door sedans and he was interested in the concept–and even more interested in the idea as a potential winter project this year.

JR bought a full-sized bay and mastered woodwork during his retirement years, along with pumpkin carving as a seasonal art. However, he also learned how to weld and work on his vehicles during the past few years so we were firmly convinced the guy could take control of any challenge in the car hobby. JR was talented, bright and a very fast study.

JR made things seem effortless because he had well-developed hand skills from his long dental career, plus he had the ability to master any task because of “his giant Saby brain”, as we called it. We believed he could apply these personal gifts to a car restoration and make it look easy along the way, so we pushed him on a car project.

It would be fair to say JR softened his position about a car project because his inner car guy had finally reached the surface and wanted another Datsun 510- plus he bought another bay to store his large cache of other stuff. Unfortunately, the world will never see the result of a JR restoration project.

ENDLESS SUMMER (AND WHY TWINS DO NOT HAVE ESP) AT THE...