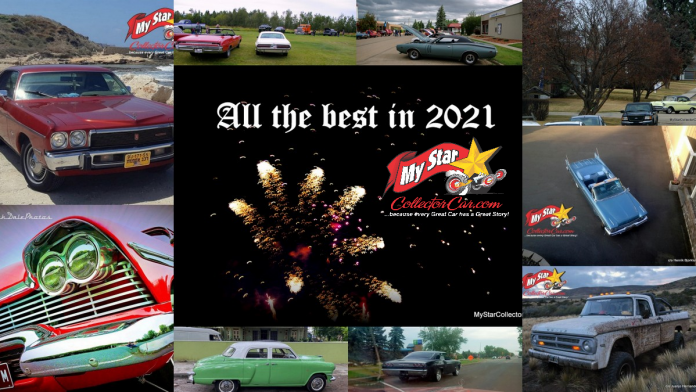 The first highlight began early in the Year of the Plague. Car guys are optimists, so they know how to make lemonade out of lemons. Maybe it’s because they build show winners out of lemons, but car guys figured out how to showcase their beloved cars during plague shutdowns.

They took their classics on rolling road shows and drove them by birthday celebrations and senior’s housing to give people a four-wheeled ray of sunshine. They were modest about it, but these events showcased the commitment car guys have to their community.

The second highlight was an offshoot of the first highlight. Car guys took to the streets because the show season was almost legislated out of existence, so the only option was to get in the old classic and drive the wheels off it. There was a hidden benefit in this extra duty for these vintage cars and trucks because old iron thrives on exercise and dies in long-term hibernation—just like humans.

The result was obvious because you saw classics on many city roads and country highways in the Summer of 2020.

The third highlight came from the small towns. Small towns were less compromised by plague laws because of their lower population base, so they could hold shows even with restrictions in place.

They weren’t big shows, but they showcased the small-town friendliness you rarely see in larger cities. They were also well-run and organized events, so MyStar gathered several great owner’s stories in small towns.

The fourth highlight was a byproduct of small-town shows. Plague rules dictated a minimum distance between people and cars, so the photo opportunities spiked.

The extra distance between people and cars meant there were very few people in the shots and the angles were much better. Cars jammed right next to each other is a blueprint for disaster in the world of photography.

It’s like trying to take a picture of an individual cow in a feedlot of full of 2300 cows.

The fifth and final highlight in 2020 came from all over the world. MyStarCollectorCar went on an aggressive campaign to find owner’s stories from every source possible and the results were spectacular.

There were stories from Argentina.

There were stories from Israel.

There were stories from Australia.

There were stories from India.

There were stories from Sweden.

That’s the thing about a global pandemic—it gets you thinking on a global scale, so that will continue at MyStarCollectorCar in 2021 because car guys have a common bond worth exploring. 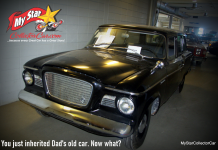 HOW TO SHAKE OFF A GREAT DEPRESSION IN A BIG WAY….1930-1939 AUTOMOTIVE STYLE CHANGES