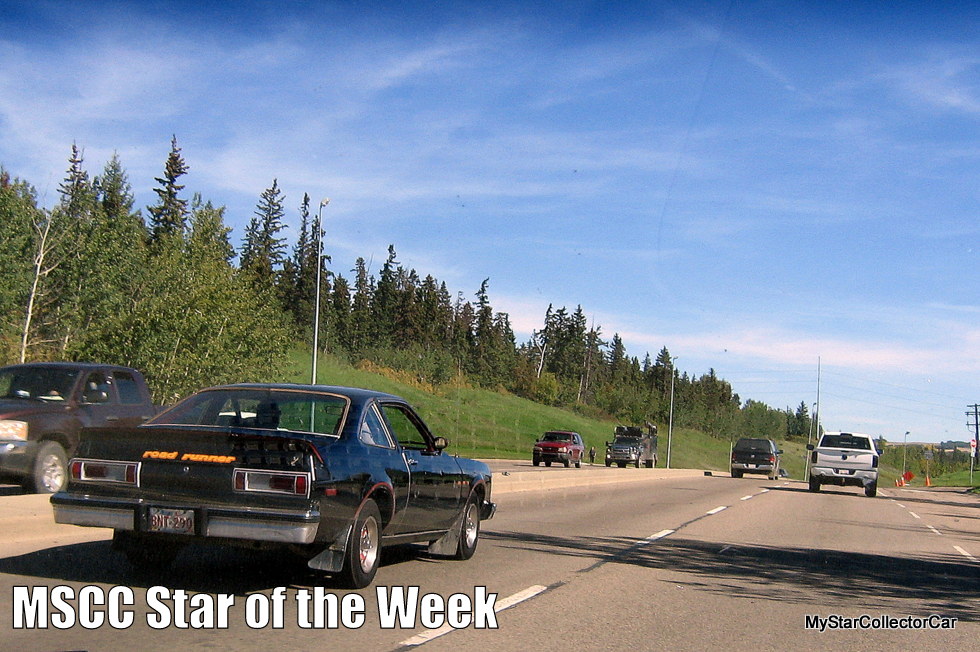 The Plymouth Road Runner debuted just after the Summer of Love ended in the fall of 1967 but these cars weren’t built for hippies.

” 1968 Road Runners were built for one reason—dominate all comers on the street and do it on a budget.”

Road Runners were extremely popular and that’s why the name survived (in one form or another) from 1968 to 1980.

This MSCC Star of the Week ’80 Road Runner is the last version of the legendary Mopar—this piece of history made a rare appearance in traffic a few weeks ago. 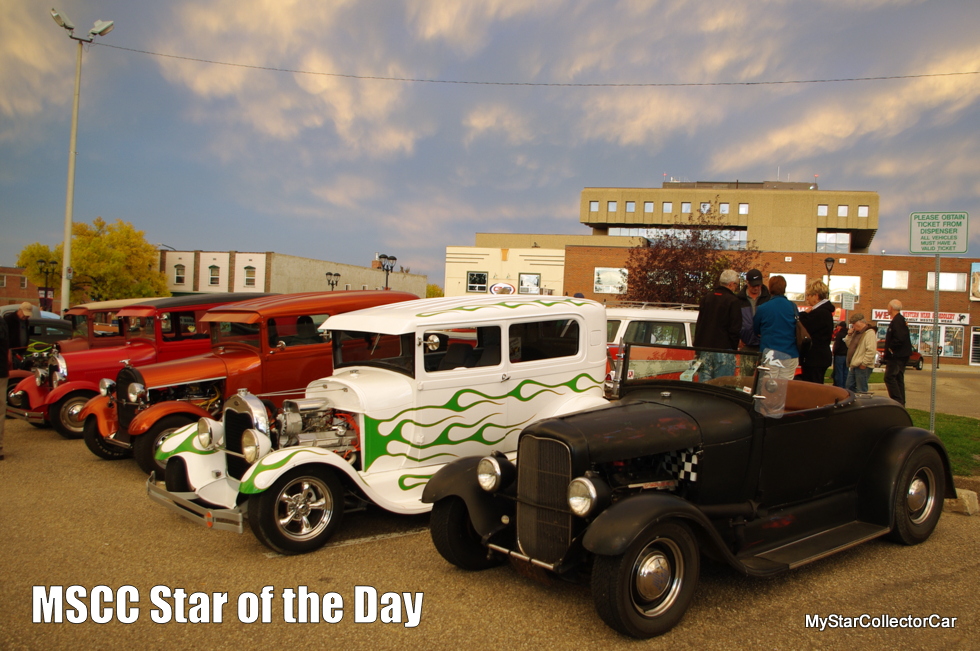 Robbie Dupree had a minor (and only) hit back in 1980 with his song ‘Hot Rod Hearts’.
Basically, Robbie was singing about teenage romance in a small town but the hot rod theme played throughout the song.

“The key to the song is found in the title ‘Hot Rod Hearts’ because if it was called ‘Toyota Hearts’–there’s no magic.”

This MSCC Star of the Day picture was taken around sunset—these are real hot rod hearts on a real hot rod night. 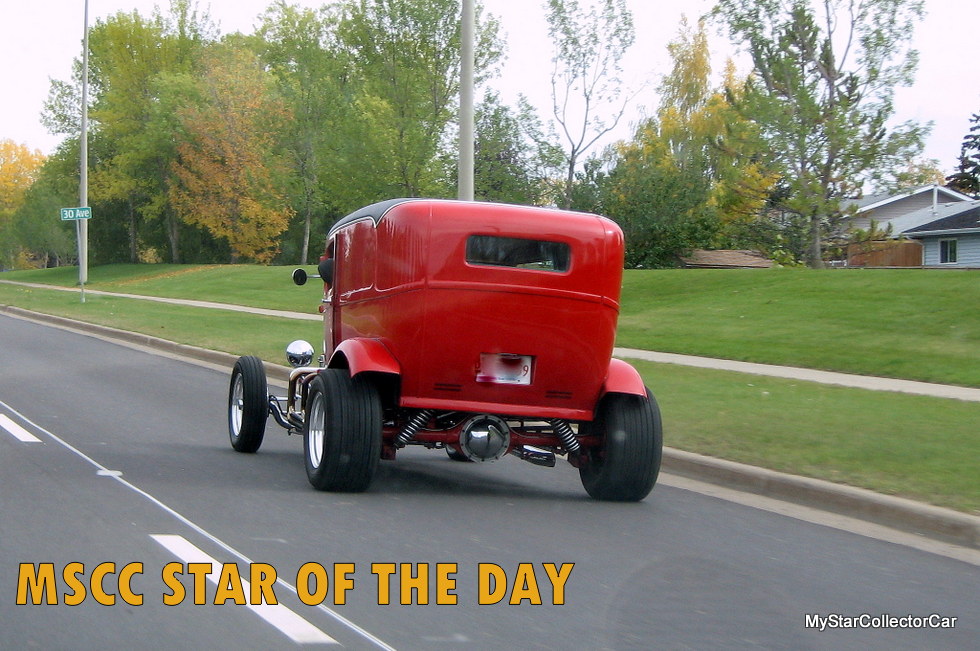 MSCC SEPTEMBER 25 STAR OF THE DAY: THIS IS WHAT MAKES A GOOD FALL DAY TURN GREAT

Nice days in the fall are a precious commodity because autumn is a transitional season.

Autumn just eases you into winter but you do get some great days to soften the blow of really bad weather for months ahead.

This MSCC Star of the Day classic hot rod was on the street yesterday—it had it all—the smell of an old school engine, the thunder of open headers and a cool factor that was stratospheric. 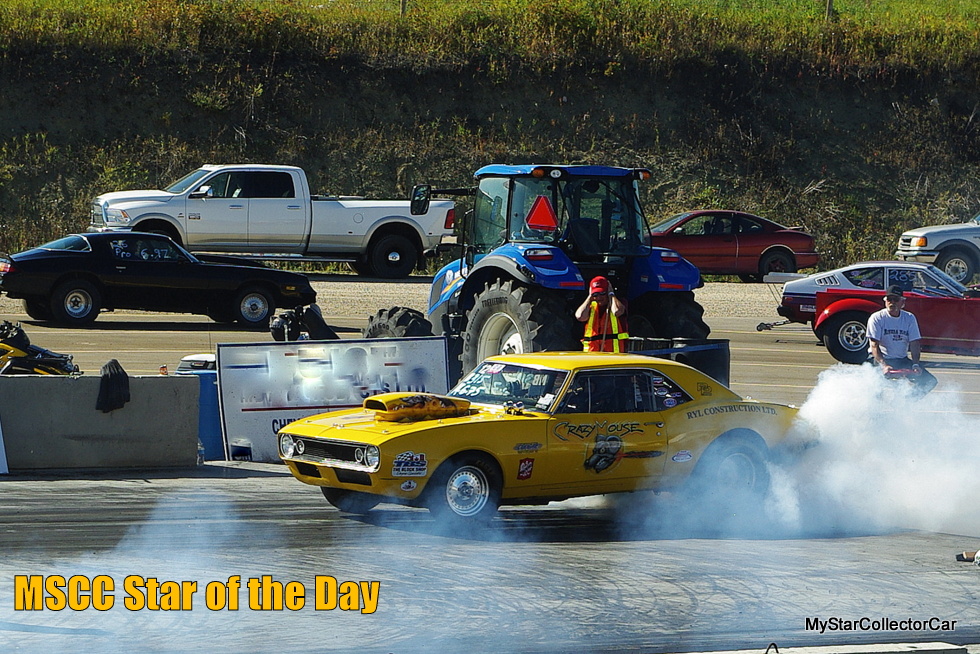 MSCC SEPTEMBER 24 STAR OF THE DAY: FIRST GEN CAMARO LAYING IT DOWN
The Camaro joined the pony car wars late but that doesn’t mean it arrived without making a big impact.

In reality, Camaros were instant rock stars when they debuted on September 29, 1966.

“People were drawn to Camaros because they had clean, cutting-edge style that pointed the way to the next “look” that said 70s—not 60s.”

This MSCC Star of the Day 1st Gen Camaro encompasses the other part of the equation—laying it down. 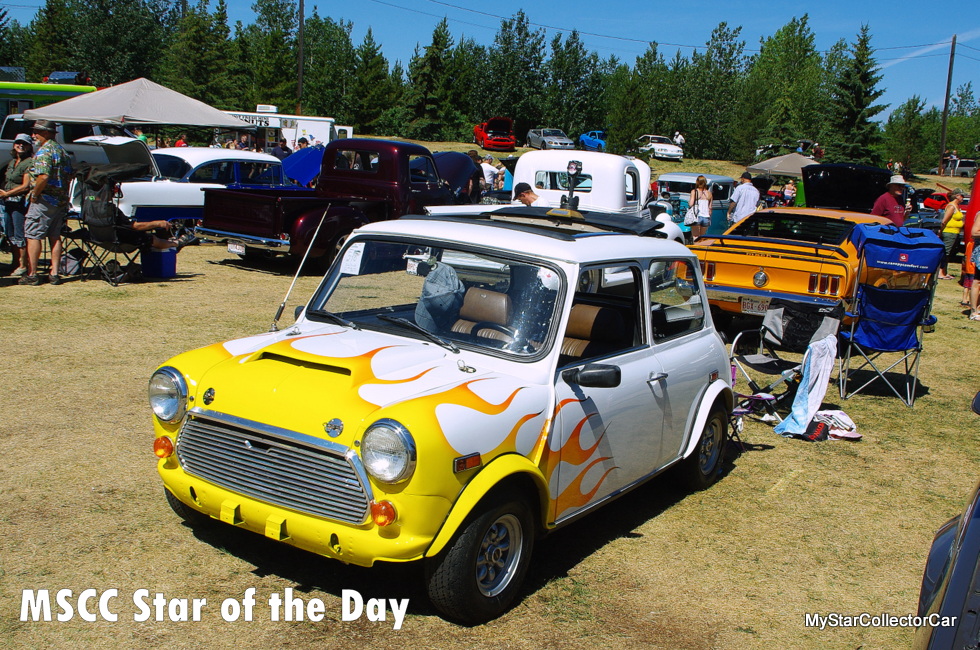 MSCC SEPTEMBER 23 STAR OF THE DAY: CAN A MINI SURVIVE AT A HOT ROD SHOW?

Car guys are part of a bigger picture called the car hobby but that doesn’t mean they don’t split into camps.

They coexist most of the time but sometimes the worlds collide.

This MSCC Star of the Day Mini was at a hot rod show last summer where it was readily accepted—no worlds collided that day. 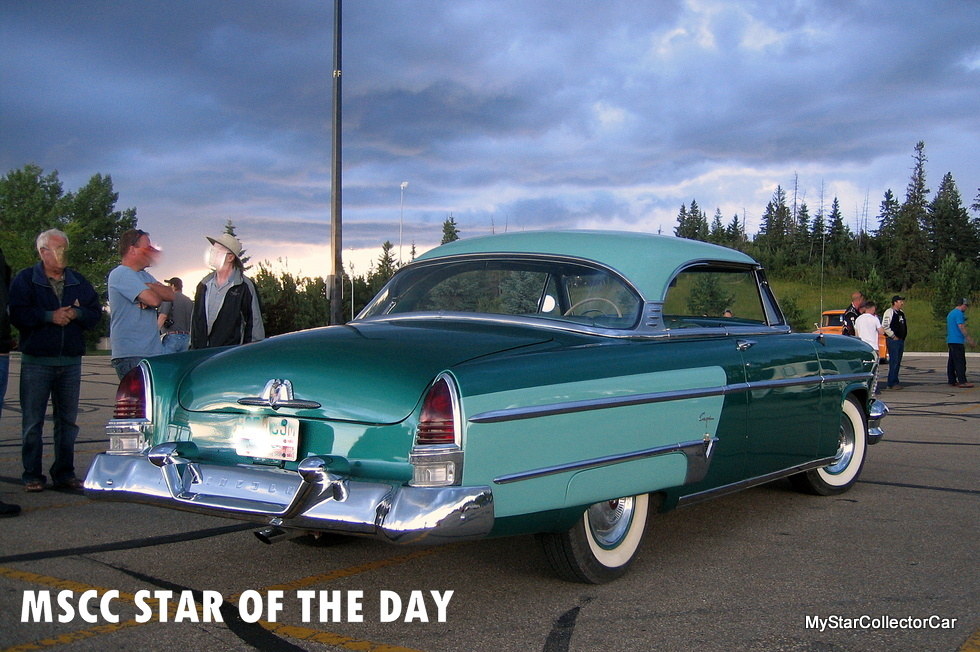 MSCC SEPTEMBER 22 STAR OF THE DAY: LAST DAY OF SUMMER? THINK ABOUT THE DOWNSIDE

This is the last day of summer and for the most part, it’s been an incredible season for classic iron and car shows.
Very few shows were hammered by bad weather but the ones that were definitely affected by it because old cars and nasty weather are a bad mix.

“Summer is a spectacle unto itself but when it takes a turn for the worse it can spook car guys more than bad brakes on a steep hill.”

This MSCC Star of the Day picture was taken back in August 2012 just before a nasty storm hit a car show because summer does have a downside called hail. 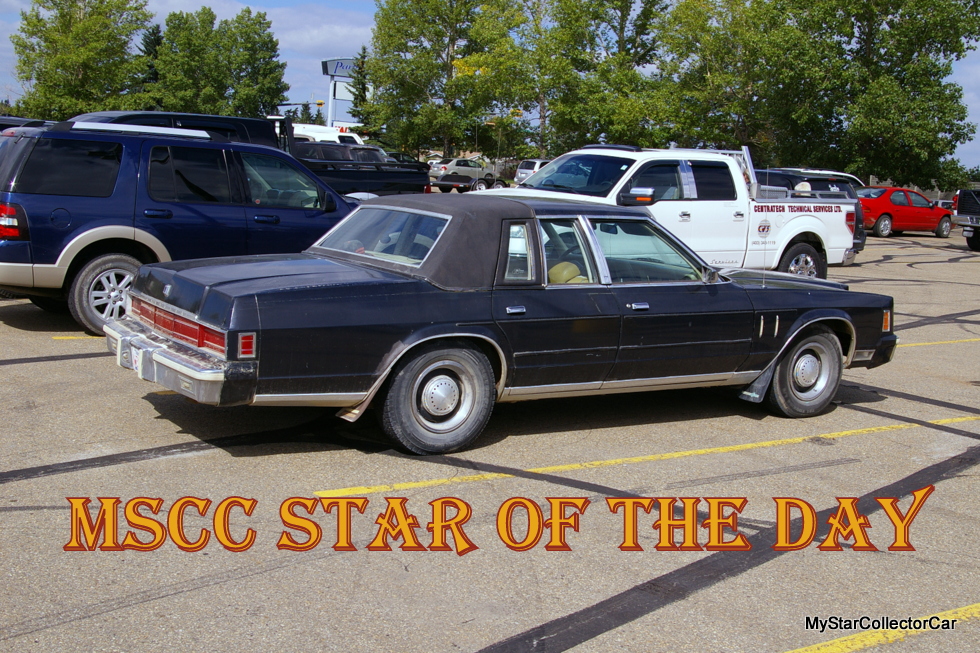 Chrysler was in serious financial whitewater in the late 70s but they still wanted a presence in the full-sized car arena.

“There were a few reasons but fleet demand for police cars and Chrysler buyers were the biggest reasons.”

Chrysler knew that both types of customers preferred larger cars so they took the B-body to another level with the R-body for full-sized Dodges, Plymouths and Chryslers.

This MSCC Star of the Day Chrysler was at a Mopar show last year to show people the last of the big Mopar sedans.

AUGUST 2018: 1959 DODGE VISCOUNT TWO-DOOR HARDTOP—EXNER HAD A CANADIAN SIDE