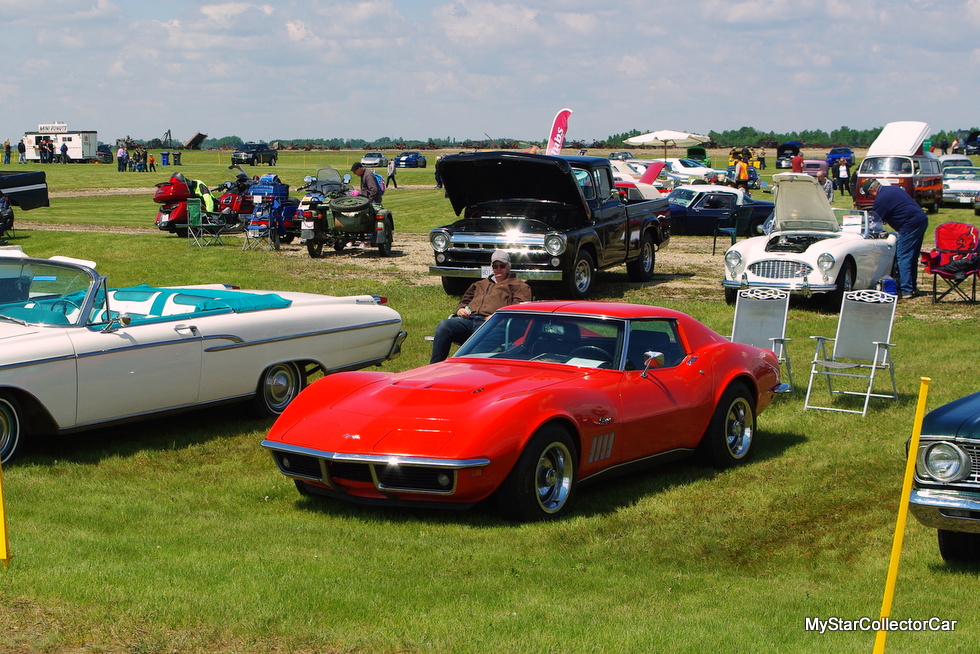 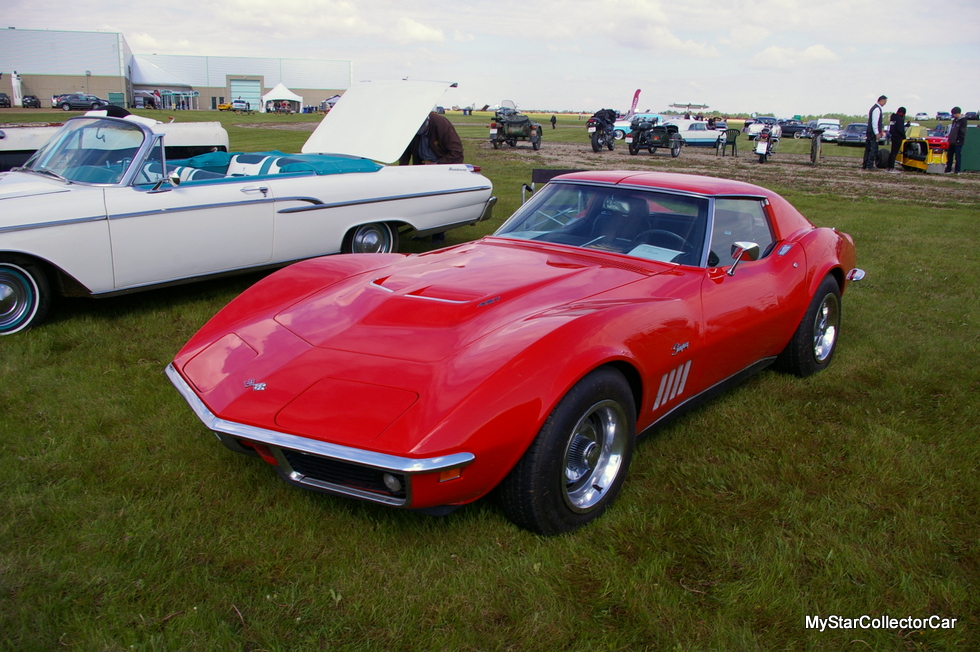 Clarence Serediak was a young guy who wanted a fast street car in 1971.

At the time, Clarence raced a 1955 Chevy on the track and got used to the concept of fast motion behind the wheel of a car. 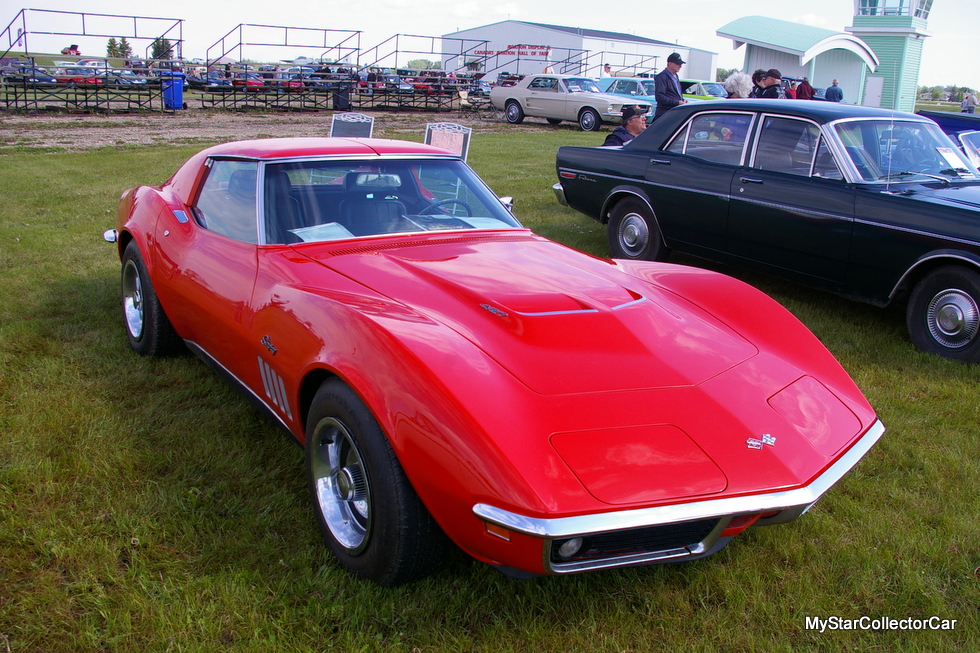 A 1969 Chevy Corvette checked off all of the boxes for Clarence during his search for a fast street machine so he bought the GM road rocket 48 years ago. He was also a young guy who had only been married for two years in 1971, so he got buy-in from his wife Louise before he bought the ‘Vette. 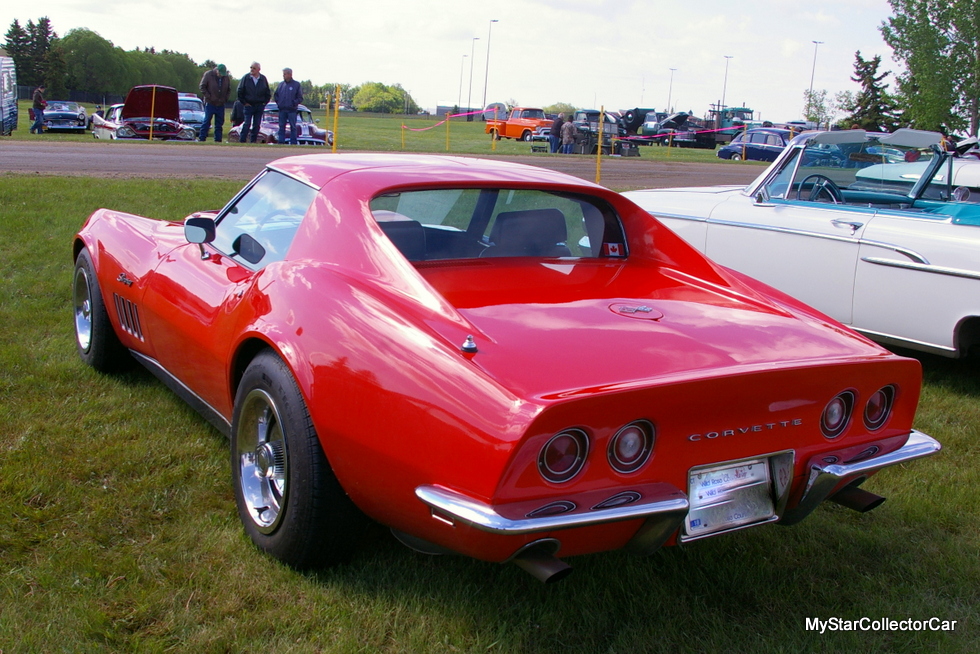 Louise also wanted to drive the car and its automatic transmission made it easier for her to handle the 390 horses under the hood of the Corvette during the early 1970s. Neither one of them dreamed the ‘Vette would still be with them 48 years later in 2019. 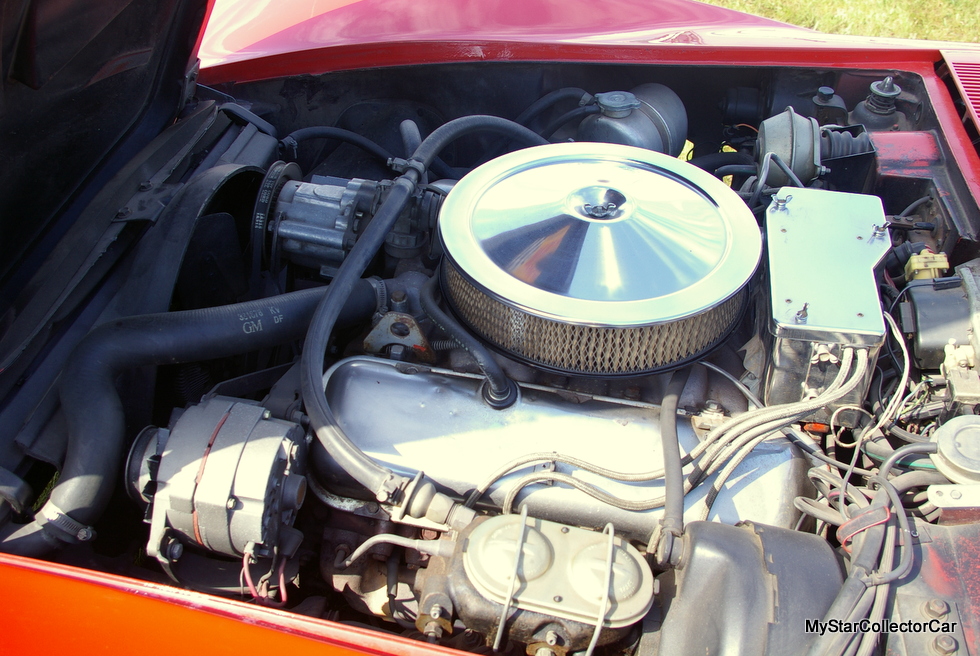 Louise recalled a moment from the past when Clarence got his first and only speeding ticket in the Corvette. The police officer was not amused with the antics of their miniature Schnauzer who managed to bark enough to make the ticket a non-negotiable issue for Clarence.

The ticket was enough of a reason for Clarence to keep his foot out of the gas when he got behind the wheel of the Corvette for the ensuing decades of ownership-at least most of the time. Nevertheless, Clarence added that he “loved the car and drove it a lot” during that period in his life and “just decided to keep it”. 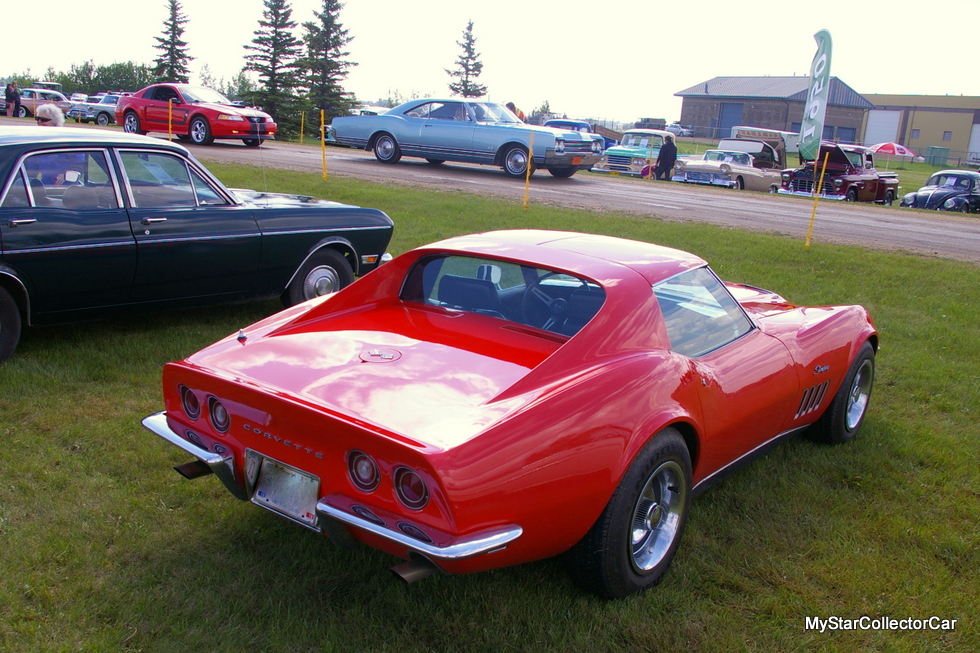 The ’69 Corvette came equipped with many options, including power steering, power brakes, AM/FM radio. The car did not have air conditioning but its T-roofs gave Clarence and Louise plenty of fresh air to cool them over the years. 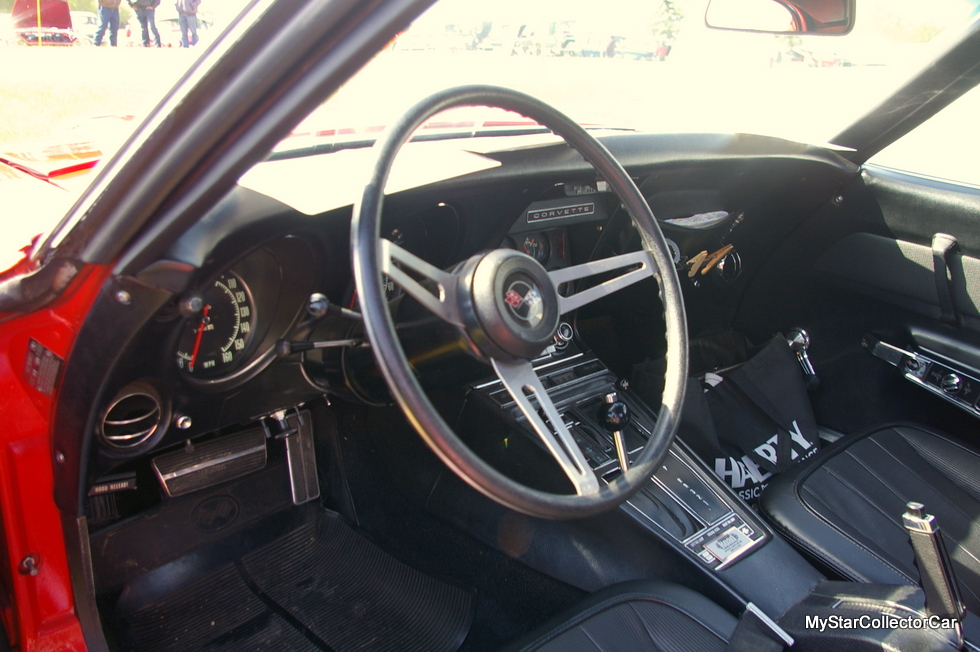 Clarence added a power antenna to the Corvette because the stock antenna was fixed in place and broken over the years. 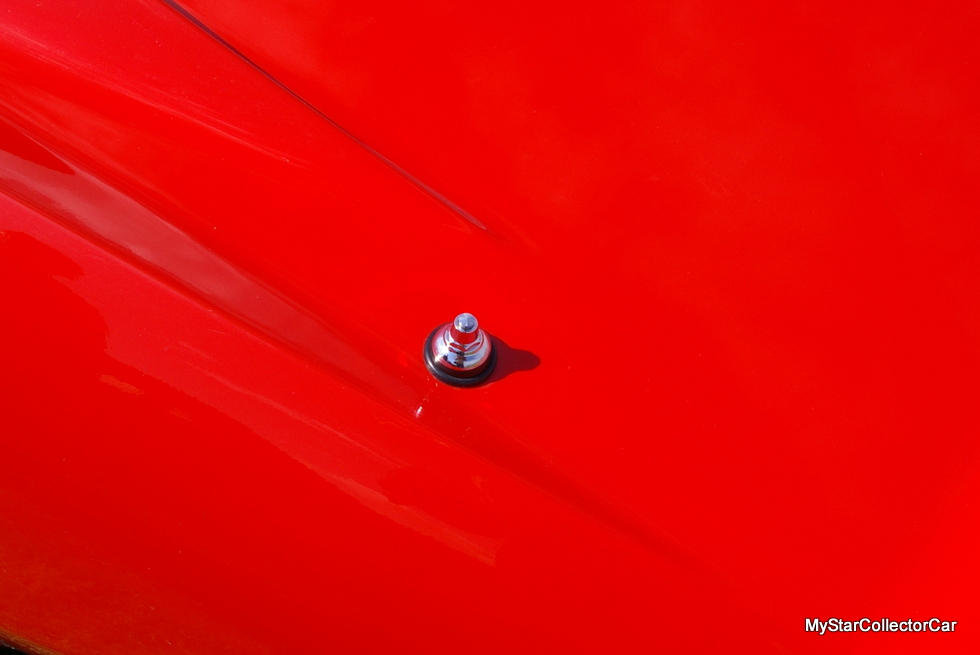 One of the unique features of the massive 427 big block is the cover over the distributor that protects the ignition system from outside elements. The ’69 Corvette also had factory disc brakes on all four wheels to help slow down the car from excessive use of its 427 cubic inch engine. 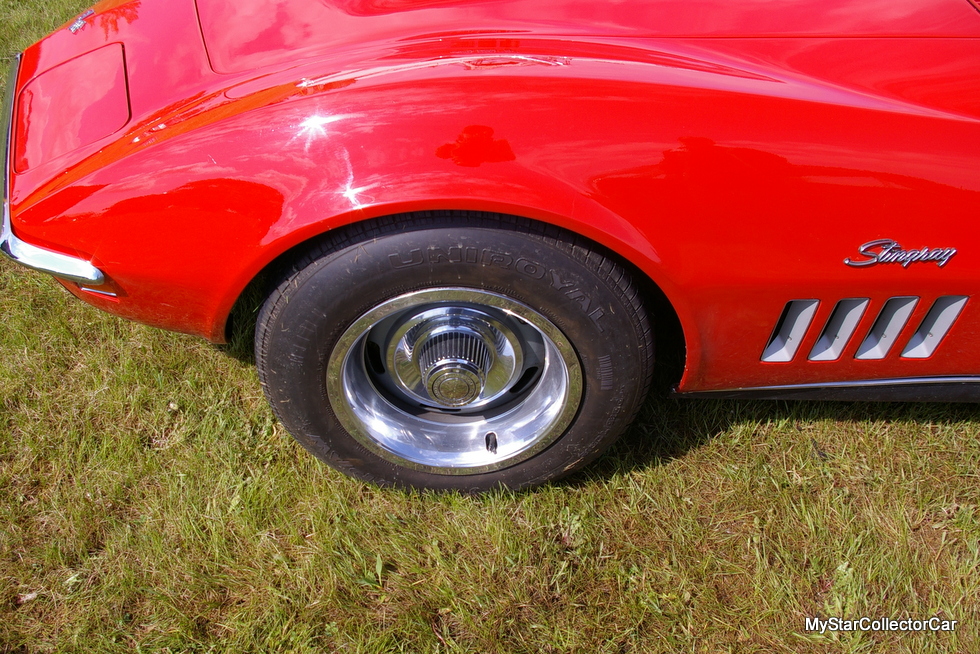 As mentioned, Clarence drove the car pretty fast during his younger days but “drives it pretty civilized these days”, in his words.

The Corvette has been pampered over the past several years and even received a new paint job in its recent past. Clarence was able to get the right paint code for the project so the Vette still has its factory red color.

Clarence and Louise consider their 1969 Corvette to be semi-retired at this point on their lives. The car is not required to take them on long trips these days and now every excursion with the Vette is a trip down memory lane that reminds them of a time when they were in the early stages of a long and happy marriage. 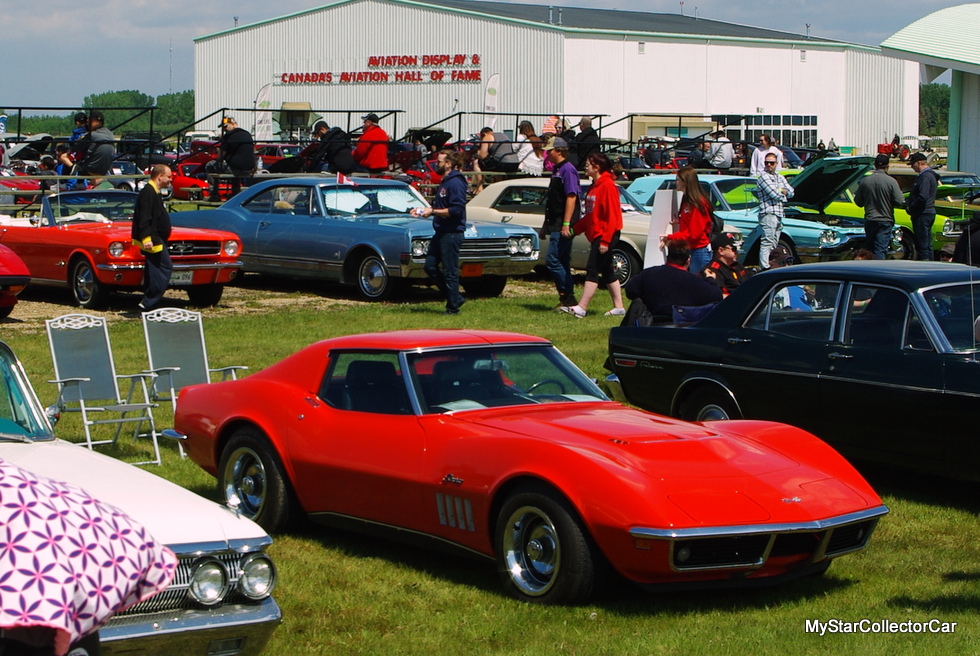 Little did they know the 1969 Corvette would be along for the ride for 48 years-and counting.