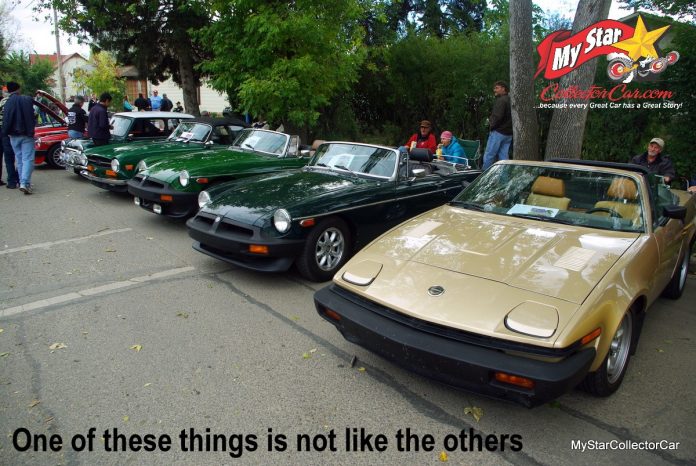 One of the enduring legends in the automotive hobby is the inferior build quality of British sports car from the past.

Most of the issues involve wonky electrical systems typically built by Lucas, a British parts manufacturer with a reputation for starting bonfires under the hoods of British cars instead of supplying juice to electric wipers and other conventional automotive recipients of battery power.

The net result was an entire British automotive culture built upon strikingly good-looking cars with enough automotive issues to leave owners on the side of the side of the road, presumably with a fire extinguisher in their trigger hand if things got really bad with the vehicle’s Lucas wiring.

The stylish look of a typical British car was based upon a creative sense of curvy automotive design that trumped the engineering issues typically found in British cars. The British cars were great-looking on the outside and unreliable on the inside, sort of like a strikingly attractive woman whose only claim to fame is her beauty. Both are easily forgiven because of their good looks.

One of the best examples of a beautiful British sports car is the legendary TR series built from by Triumph Motor Company from 1953 until 1976. Sharp-eyed MystarCollectorCar readers will notice the end date (1976) for TR production is not consistent with the last production year of 1981 for TR models.

We have an excellent reason for the 1976 production timeline: ‘76 was the last year of production for the classy Triumph TR6 model, and sadly the car’s heir apparent was the infamous Triumph TR7, a replacement model that debuted in 1974. Triumph’s decision was a little like replacing the Beatles with The Village People.

The 1977 TR7 was a huge shift in direction for the Triumph Motor Company because it embraced the body style of a triangle on wheels, complete with hideaway headlights. Bear in mind the TR legacy was built with the classic style of British sports cars for over 20 years prior to the TR7.

Exactly none of the new look style of the Triumph TR7 was lost upon British sports car enthusiasts at the time. Most embraced the TR7 in the same way consumers embraced New Coke in the mid-1980s, but unfortunately there was no Triumph Classic to quell the consumer anger.

There was always something cheap and superficial about the Triumph TR7 compared to the timeless beauty of its TR predecessors. In fairness, the car was an accurate style barometer for future sports cars built by Japanese car manufacturers such as Toyota and Nissan during the 1980s, but the TR7’s extreme nod to its future style (rather than the glorious past designs found in earlier TR models) was a bridge too far for the new look Triumph.