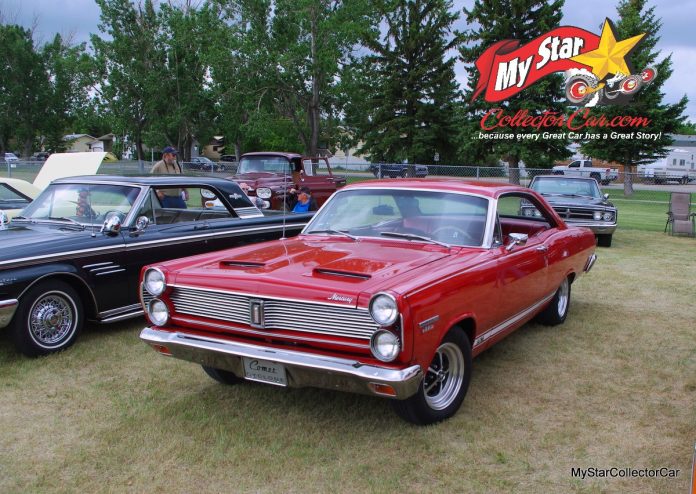 The Mercury Cyclone GT never got the press other 60s muscle car received, but that didn’t mean it wasn’t a contender in the muscle car wars.

Jess Mackay is the proud owner of this 1967 Mercury Cyclone GT with a 390 cubic inch V-8. He was born decades after the car was built, but that doesn’t mean Jess knows less about the history of this classic muscle car than older car guys. He’s an auto tech so he understands the mechanical side of the Cyclone far more than the average guy.

More importantly, he understands the history of the car far more than the average guy–even those guys who were around when the car was brand new. That’s the reason Jess focused on the factory correct side of the car.

He said he “fell into the deal” when a parts guy he worked with at a dealership wanted to sell a project ’67 Cyclone because he was going through a divorce. The car was in pieces, but thanks to the seller’s parts department experience, the car was disassembled–but well organized. Everything was bagged and labelled, so at least the pieces of the puzzle were identified.

Jess met his future wife after he bought the car–back when his basement was full of body parts and cylinder heads, so she accepted his lifestyle and commitment to the car project before the marriage. She owned a Camaro, so she was already a member of the hobby–Jess thought it helped her understand the process better.

This Cyclone project was built over many years, but Jess addressed the problem areas at the beginning. The biggest issue was parts availability, because these cars are so rare there aren’t giant catalogues full of reproduction parts. The quarter panels are a good example because the only replacement pieces available are custom made and they come up a few inches short, so Jess had to fab up an extension to make it fit.

The floors also had a few issues, but Jess solved that problem, plus he redid the interior with aftermarket seat upholstery. The steering wheel isn’t correct for a ’67 Cyclone, but it has a period-correct look. Jess opted for a 3:27 rear end because he wanted to run his Merc at highway speeds.

Jess is a young guy, so he’s not often identified as the owner of this classic Ford. He’s a student of these cars so he answers every question with the confidence of a guy who was 20 when this car was built.

He drives this car the way it should be driven–at highway (or better speeds). Jess is fearless in his Cyclone because he personally replaced “every nut and bolt on the car”, so he’s extremely confident in the front end and brakes. He runs with a rally group whose members drive high-end performance cars, but he has the only ’67 Cyclone in the group. Jess admitted he runs with them, but he’s always at the back.