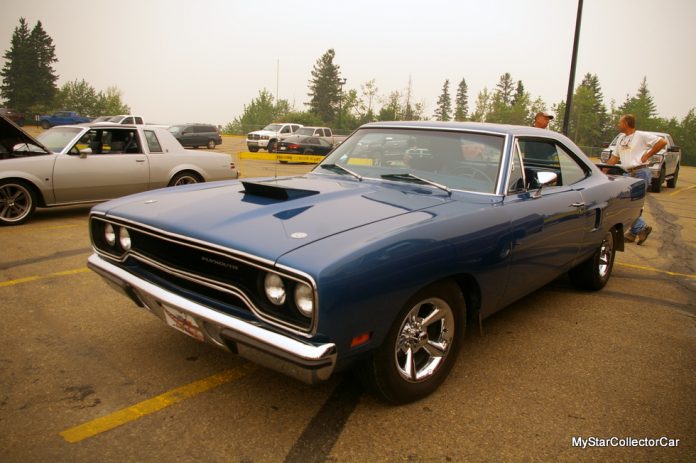 The Chrysler 383 engine may be in the shadows of automotive history-but the legendary Mopar big block was in factory production long before the dawn of the General Motors 383 aftermarket small-block stroker engine.

In fact, the Chrysler 383 was the base motor for the earliest Plymouth Road Runner models, including the 1970 versions.

MyStarCollectorCar caught up to the owner of a very well-preserved 1970 Plymouth Road Runner and were able to gather owner Ralph Croteau’s story about how and why he became the owner of his 49-year- old muscle car. 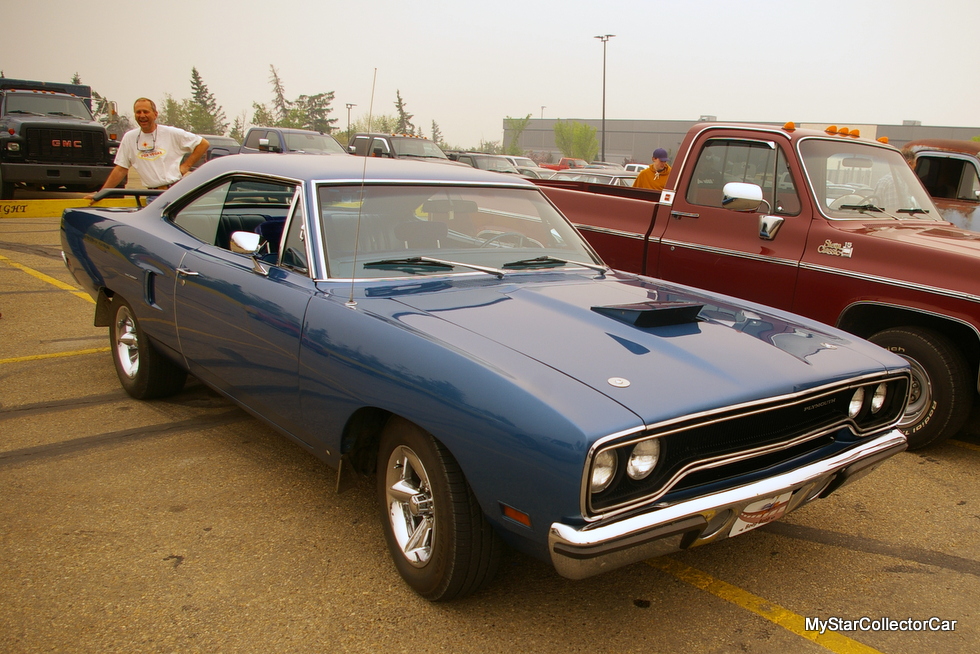 Ralph was an impressionable kid in high school during the late 1970s and had a buddy who owned the ’70 Runner at the time. Ralph was able to spend time behind the wheel of the car and drove the car even after his friend rebuilt the engine in 1978. He mentioned the rebuild process included a few performance tweaks and the enhancements left a big impression on Ralph. 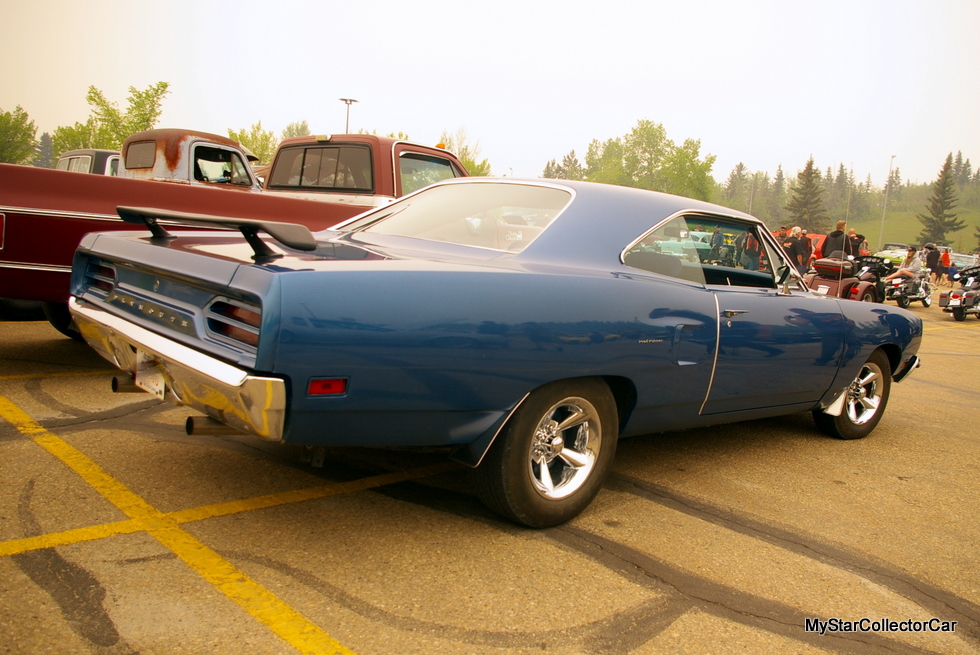 Ralph and his buddy remained friends after high school so Ralph chose his buddy to be best man at his wedding. The car had built plenty of fond memories for Ralph along the way and he was more than willing to buy the Road Runner when his friend decided to sell the car back in 1985.

Ralph purchased a car with great personal memories and plenty of performance because his Road Runner has its factory 383 hooked up to a factory 4-speed manual transmission that will wreak havoc on rear tires. 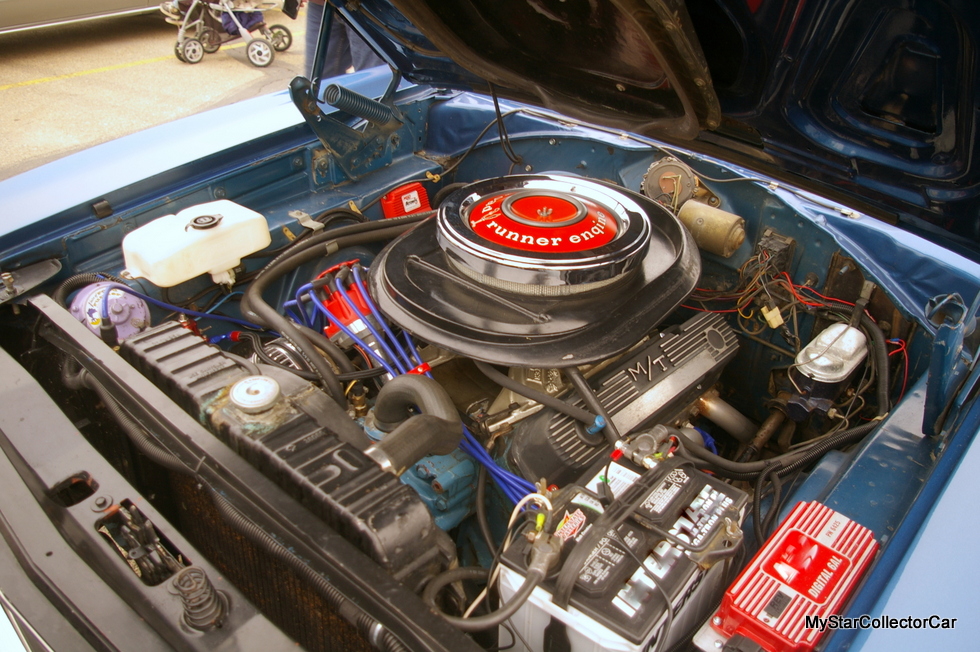 Road Runners from the early era were an affordable factory hot rod that leaned heavily toward beastly behavior on a budget. Ralph’s Runner has a bench seat built for three passengers-but it also has a factory Tic Toc Tach. Theoretically one of the potential three people in the generously-sized front seat could eyeball the tach and note when the engine had reached redline status to avoid unpleasant mechanical failure. 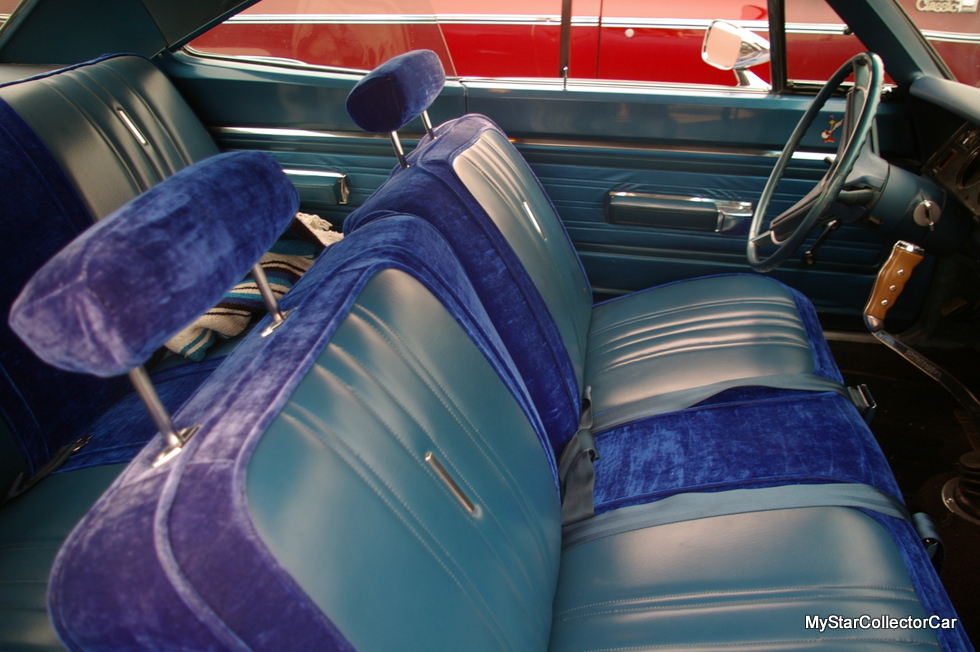 Ralph’s Road Runner also has a factory Air Grabber package that is operated by a vacuum switch and forces outside air into its factory carb system. However, Ralph replaced the factory 4-barrel carb with an aftermarket EFI system that delivers plenty of punch to the 383 under the Air Grabber hood. 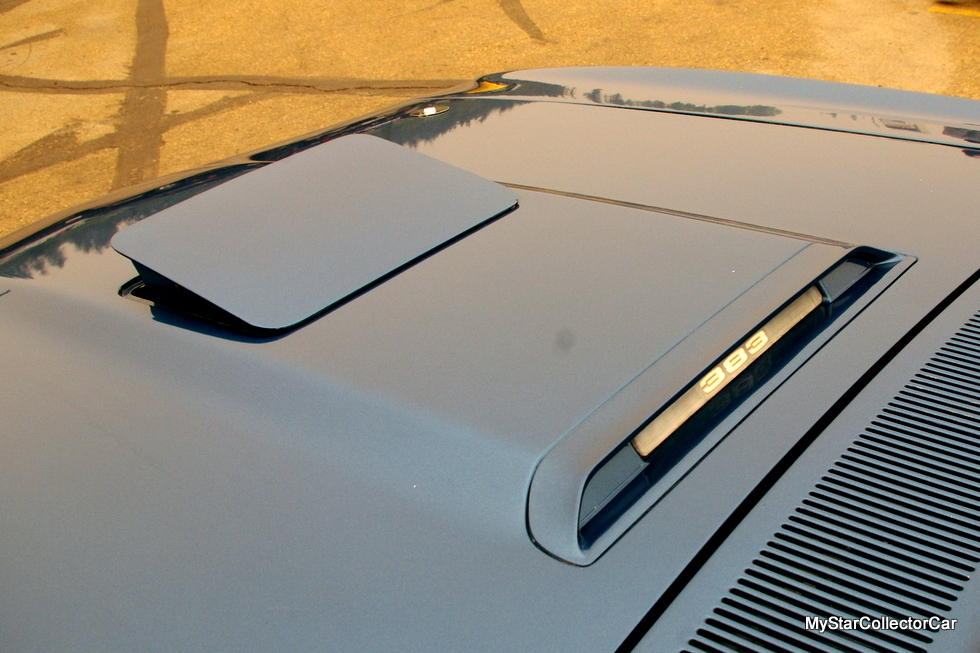 Ralph was also smart enough to hang onto the factory fuel delivery and ignition system but his 21st century approach to performance upgrades has really improved the car in his opinion. 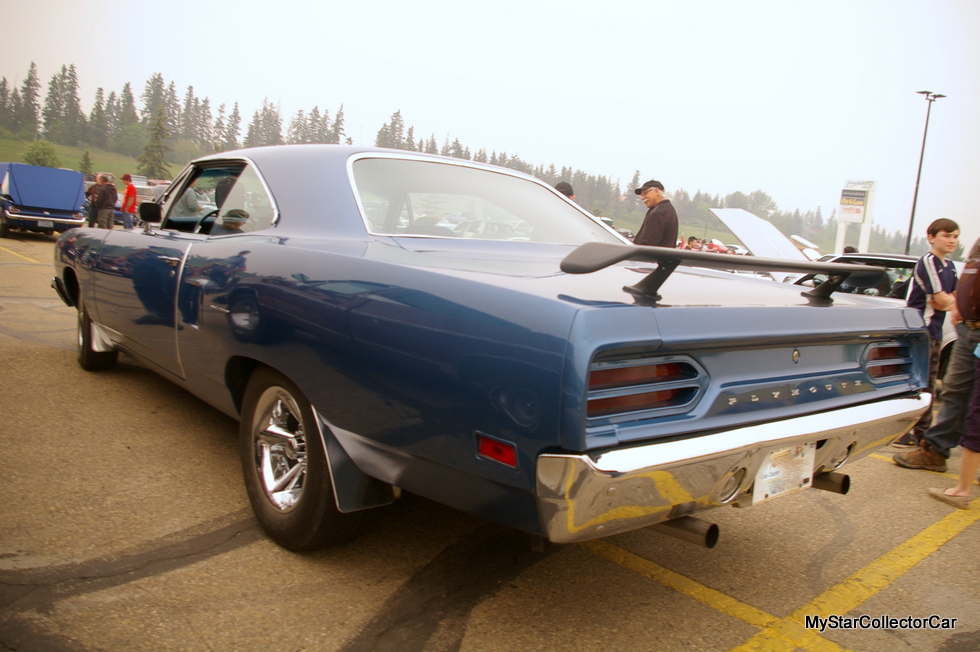 He also noted the upgrades include aftermarket wheels that look better than the factory Rallye wheels in Ralph’s opinion, plus he added improved front disc brakes that help slow down the car quickly upon request. Ralph is comfortable behind the wheel of his Runner at highway speeds because of the upgrades and their new age reliability on the road. 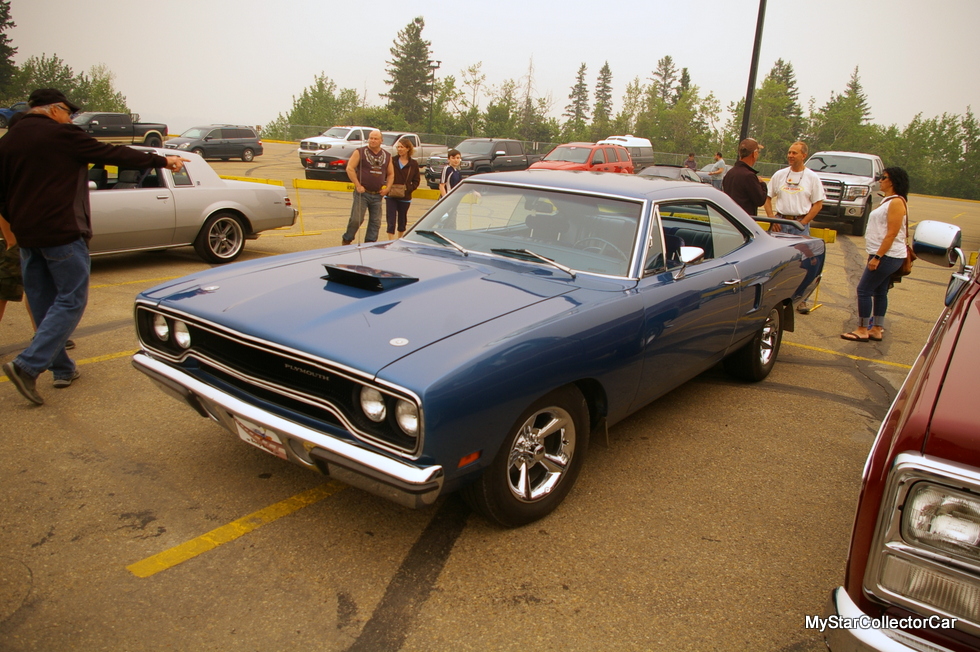 The Road Runner was repainted in 1987 and still looks like it was painted in the very recent past because Ralph babies the car. He added a rear spoiler to the car and noted the holes were already drilled for his add-on feature at the factory. 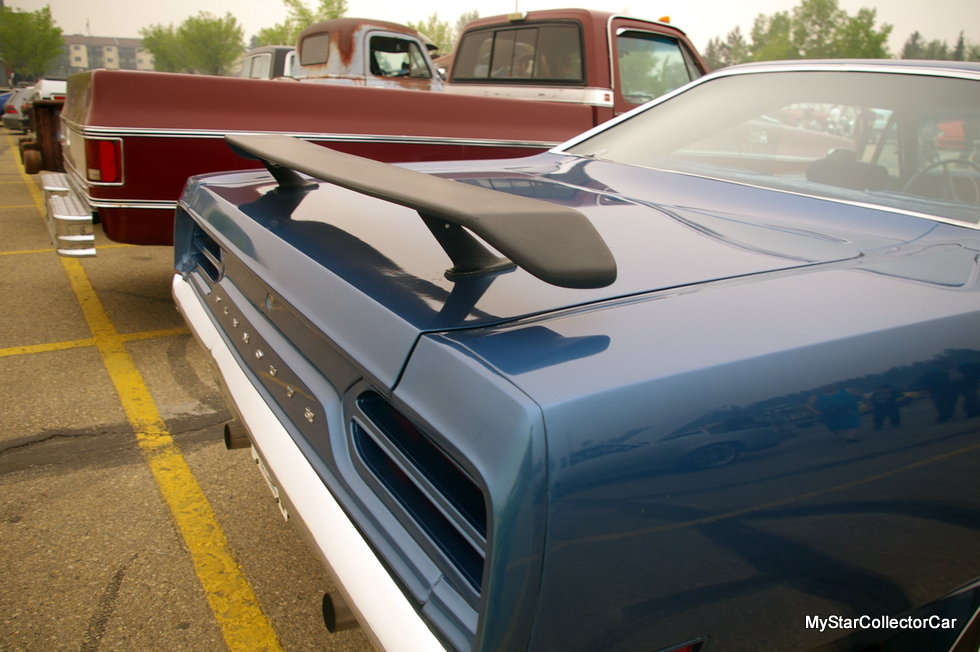