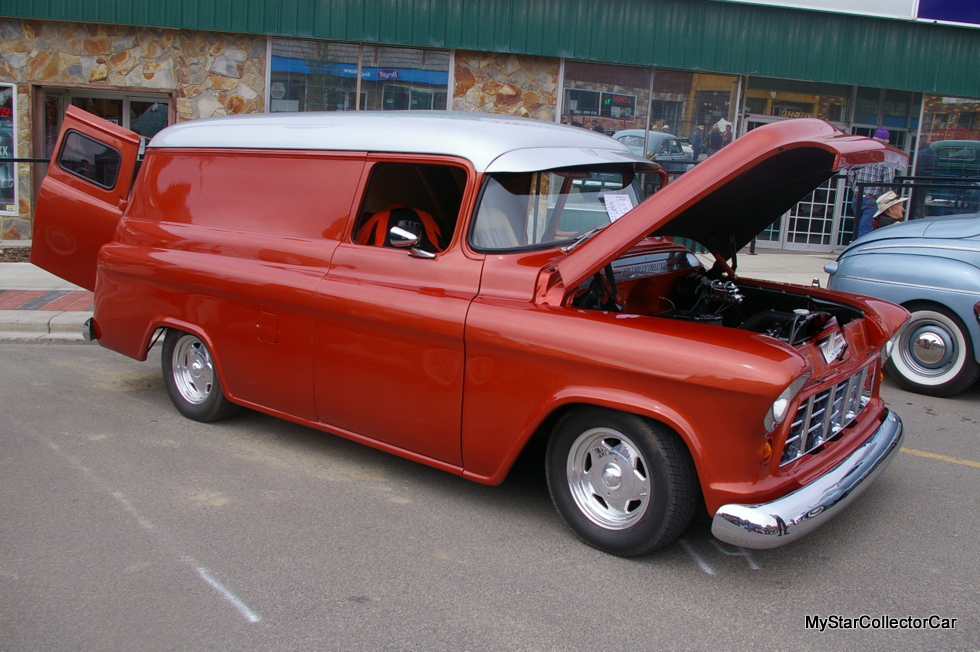 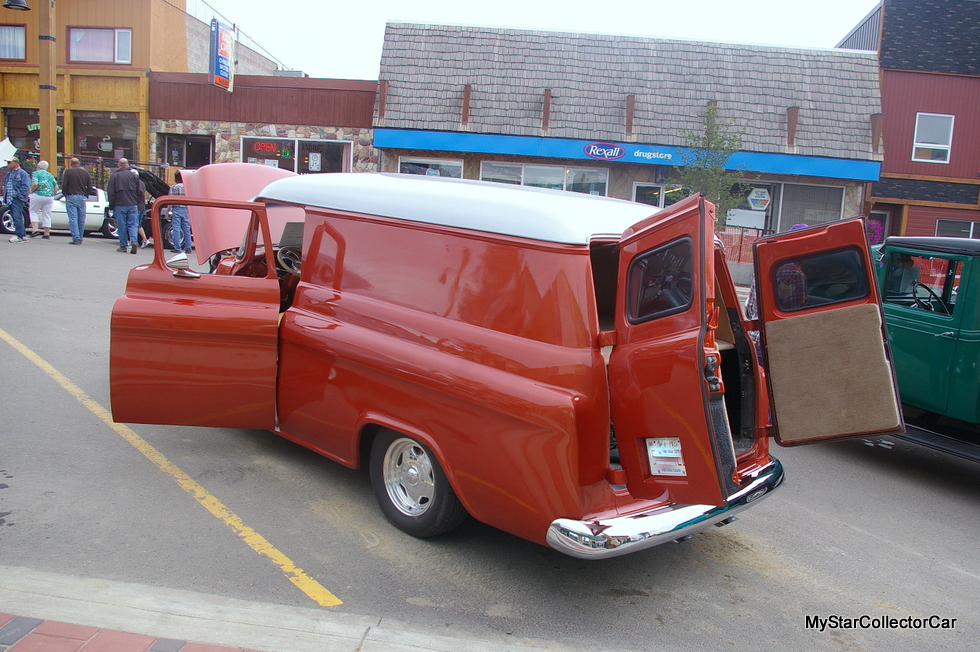 1955 was a pivotal year for Chevy products because it marked the start of significant changes for the rides with the stylish bowties.

‘The Chevy cars had a brand new look right from the factory in 1955 while the Chevy trucks were part of a major mid-year transitional period at GM.’

The early year 1955 Chevy trucks were the last production models from the Advanced Design program that ran from 1947 until ’55.

The latter portion of the 1955 Chevy truck production run marked the debut of the brand new Chevrolet Task Force pickup trucks and the newer trucks were a sleek, modern (for 1955) vehicle with more creature comforts than the earlier 1955 models.
The Task Force Chevy trucks even offered power steering and brakes to make the trucks easier to drive for its new customers. One of the 1955 truck models offered by GM was its version of the panel truck, a vehicle designed for tradesmen and the safe delivery of products because the rear of these trucks was an enclosed storage area that protected goods from the elements. 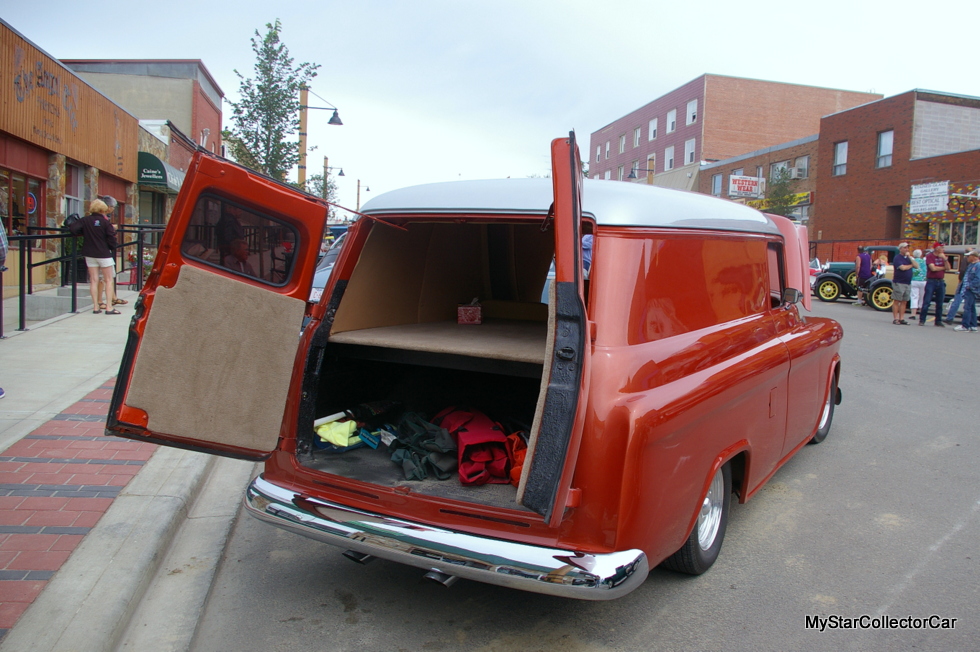 The idea was not new to GM because they had already produced panel delivery trucks for decades prior to the ’55 models, but the new Task Force version was a very stylish way for the panel trucks’ owners to deliver goods and services to customers. 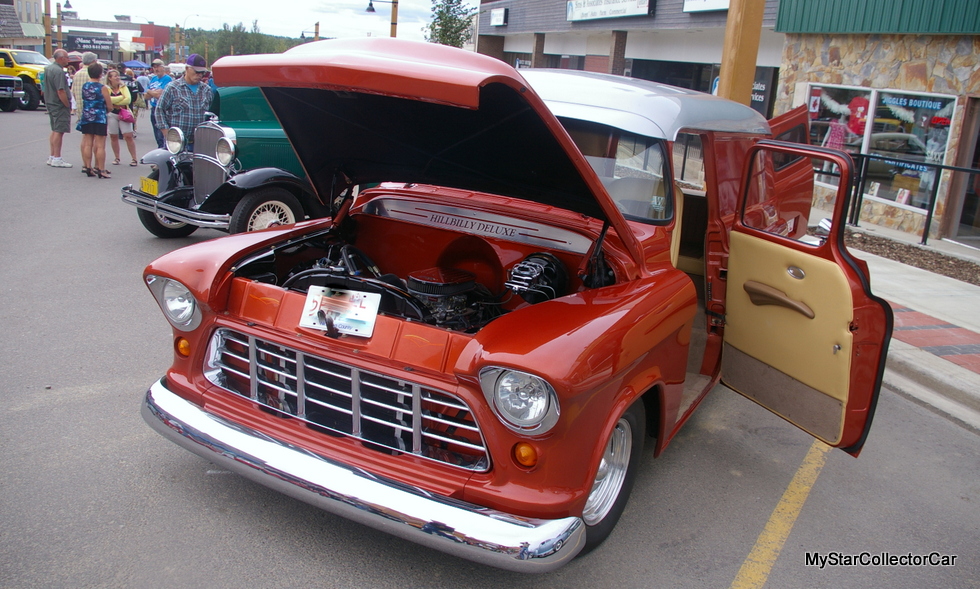 Most of Chevy’s class of ’55 Task Force panel trucks have disappeared over the years because they were working trucks that were used up and discarded by their owners when they could no longer handle the pace. Their years on the road were not glamorous because the trucks were designed for hard-working customers who used them on the job. 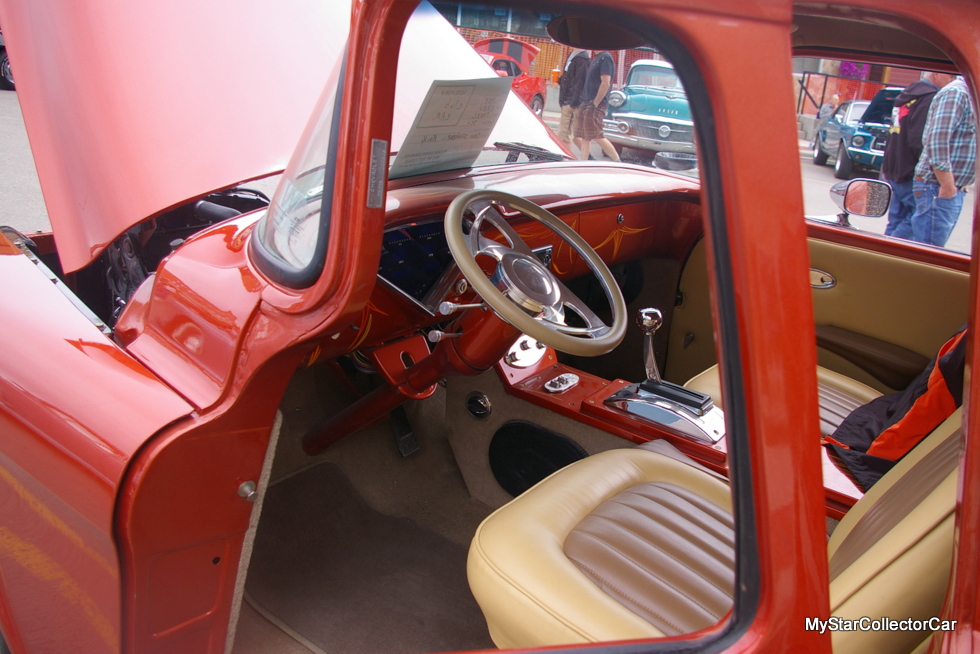 This brief history of the Task Force trucks and their subsequent scarcity meant we were very interested in a 1955 Chevy resto mod panel truck at a summer show in a town close enough to the Rockies to have a steep grade to their Main Street. 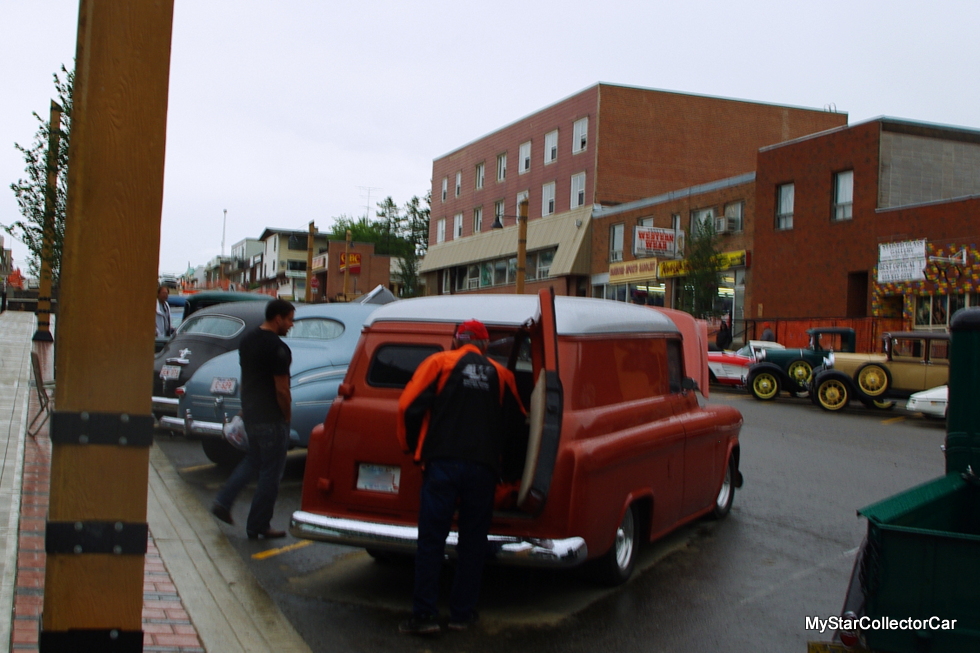 The panel truck’s owner was Dan Sponberg and he has owned the truck for 11 years. Dan is a mechanic who purchased the Chevy panel as a salvage vehicle after its previous owner had a tree fall on it. Dan bought the truck and “started working on it right away because you don’t get it done in a year”, in his words.
The truck had undergone a restoration prior to the tree incident and the project took a couple of years for Dan to bring the Chevy back from the dead. The stylish ride has undergone significant changes and Dan gives full credit to a friend who is a body man and was able to restore the crushed roof on the panel truck. 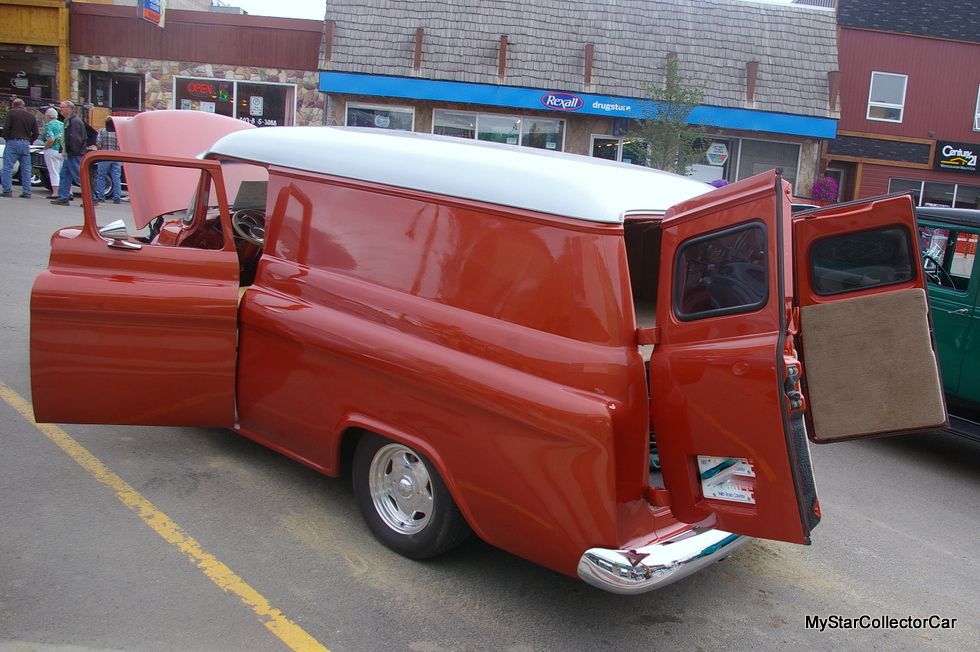 The Chevy panel now sports a 350 engine, comfortable seats and air conditioning-a creature comfort not lost on Dan’s wife during the hot summer months. The truck is also comfortable at highway speeds with its upgraded power-train. 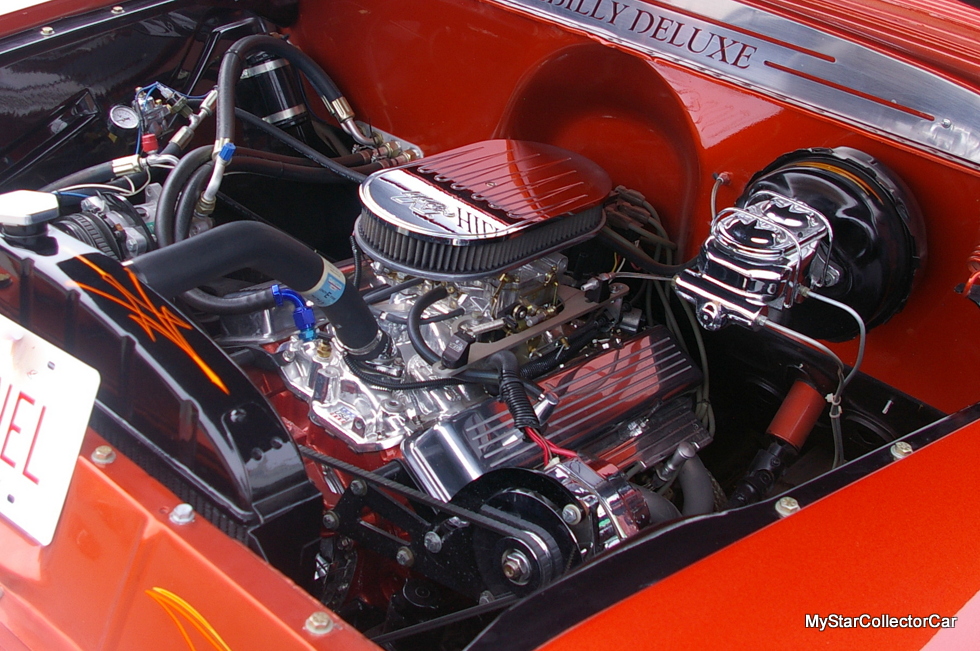 The ’55 does retain its practical roots because Dan is able to haul plenty of gear in the back of the panel, including chairs and tents for shows. The loads may be lighter but the old ’55 stays true to its roots as a working truck-even after 61 years.

But now it hauls stuff in style thanks to the efforts of its latest owner.
Jim Sutherland