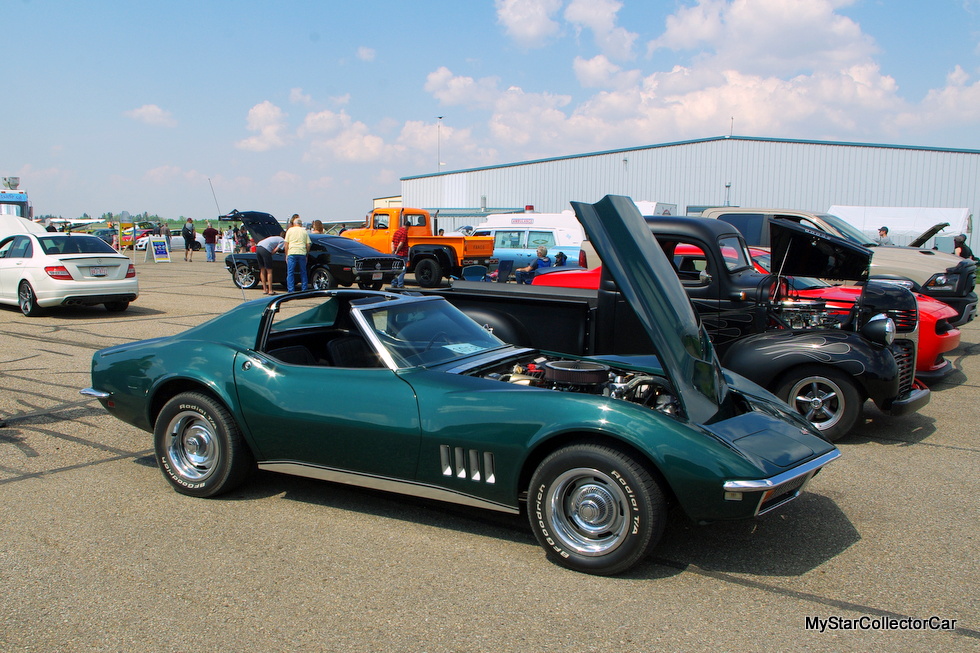 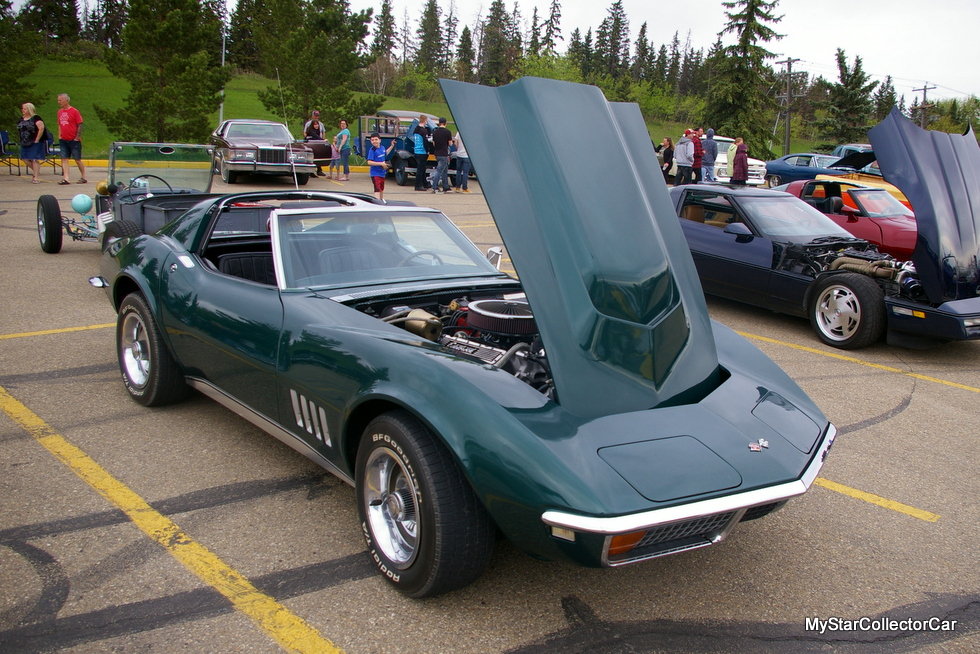 The 1968 Corvette Stingray was a third generation sports car legend that was specifically designed to follow in the giant footsteps of the first two generations of Vettes.

The General’s people wanted to build a new Corvette that was completely different from the Gen-2 models in terms of style.

The net result was a bold statement of a car that practically screamed “Mission Accomplished” for the design and engineering team at General Motors. 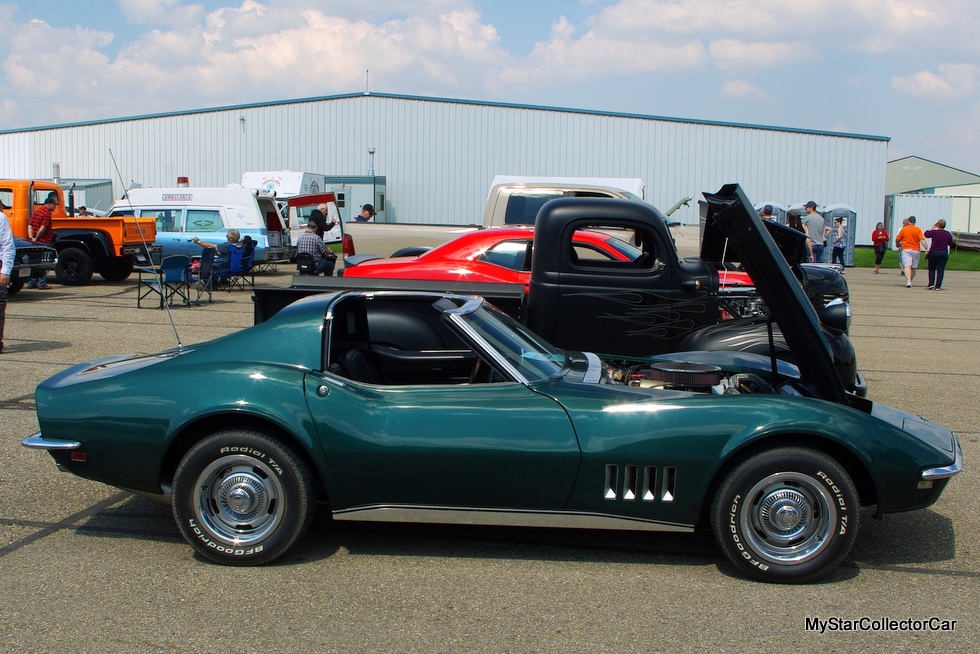 They created a new C-3 (third generation) Corvette that looked nothing like the C-2 (second generation) Vette that debuted in 1963 and faded to black in 1967–just in time for the new 1968 model year. 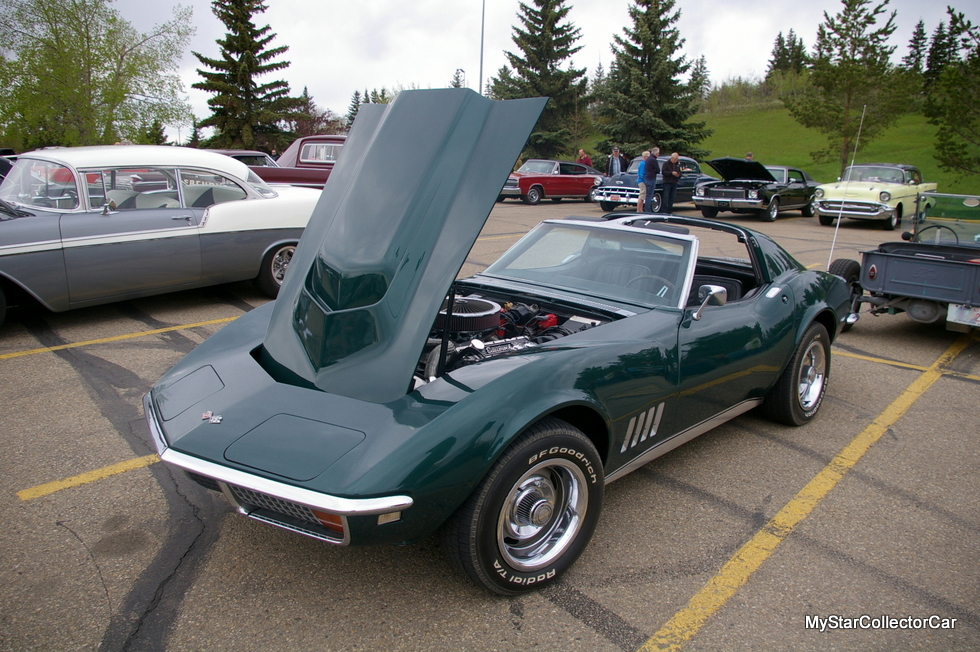 Steve Styles was always a big fan of the C-3 Corvettes and seized an opportunity to purchase his 1968 Corvette three years ago. He liked the style of the cars and wanted to specifically own a ’68 Vette because the cars represented the first year of the C-3 design.

The ’68 Corvette actually took many of its design cues from the Mako Shark II; a GM concept car that was introduced by GM in 1965 as an auto show vehicle. The Mako Shark II’s overall style was incorporated into the ’68 Corvette– although the production models had a subtler appearance. 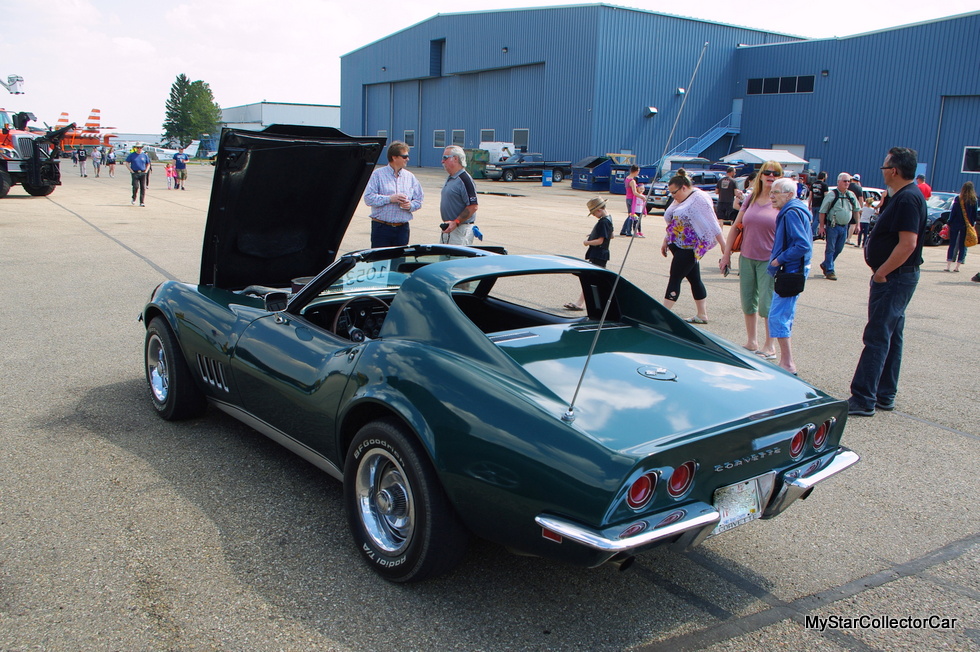 Nevertheless, the ’68 Corvette took the world by storm and left a huge impression on Steve over the years because of its timeless style. His Corvette has removable roof panels (aka T-roofs) by most of our MyStarCollectorCar readers) and a rear window that will vanish out of sight so its passengers can enjoy the convertible experience in a car that is not a drop top. 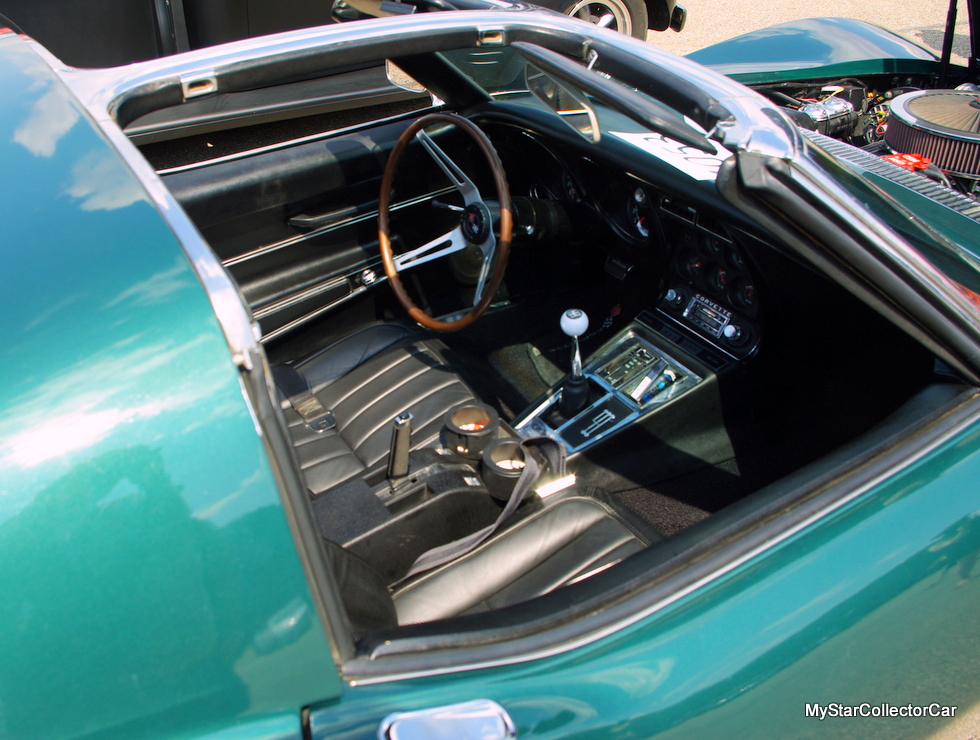 Steve mentioned that his Vette had a factory 327 engine from the factory  but now it sports a muscled-out 383 stroker under the hood. The famous performance small block is bolted up to the Vette’s factory four-speed manual transmission and is a massive horsepower upgrade for the car. 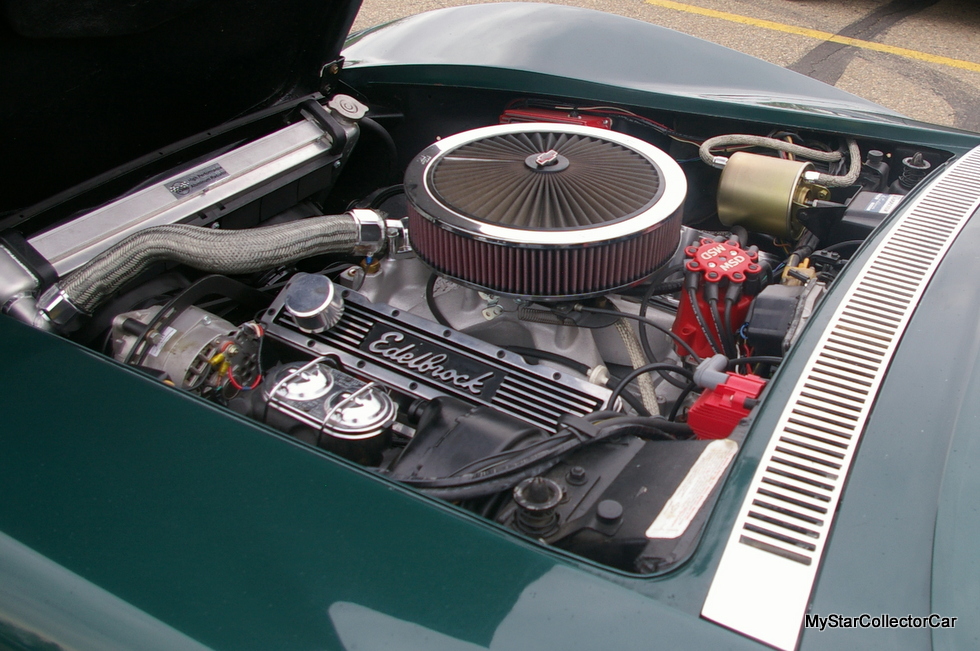 The other major upgrade in the Vette is the cooling system because it now has an aftermarket aluminum radiator and twin electric fans to keep the engine temperature at a safe level.

The changes have definitely been noticed by Corvette fans and some of them are purists by nature. Steve pointed to the chrome vents on the front fenders and mentioned the bright work was not available on the 1968 models-a contentious point with some Vette people. 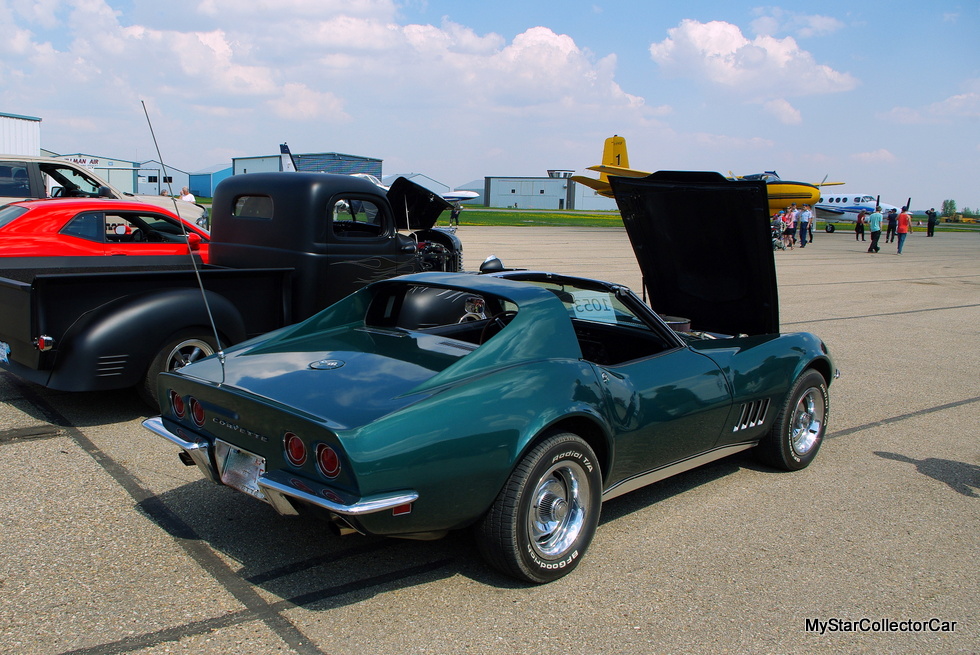 Steve likes the extra vent chrome on his car because he likes the bright work on his Corvette and wanted to enhance its appearance with the add-on bling.

The performance upgrade on Steve’s Corvette was limited to the beefed-up stroker because he wanted to retain its factory engineering as much as possible. As a result, Steve resists the urge to push all those new horses under the hood into a full gallop because he gets this message from its factory front end: “I don’t want to do this for very long”– and neither does Steve for that matter.

A 1968 Corvette Stingray has checked off all of the boxes for Steve’s vision of an ideal car. He respects its heritage and has built a car that has plenty of the past and some of the present in its recipe for 21st century success.