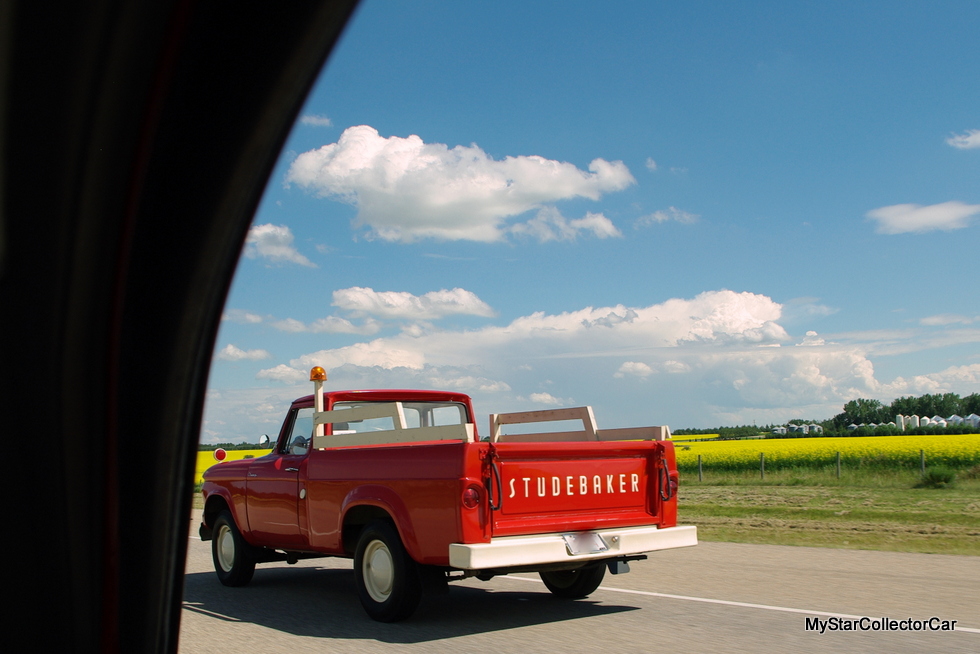 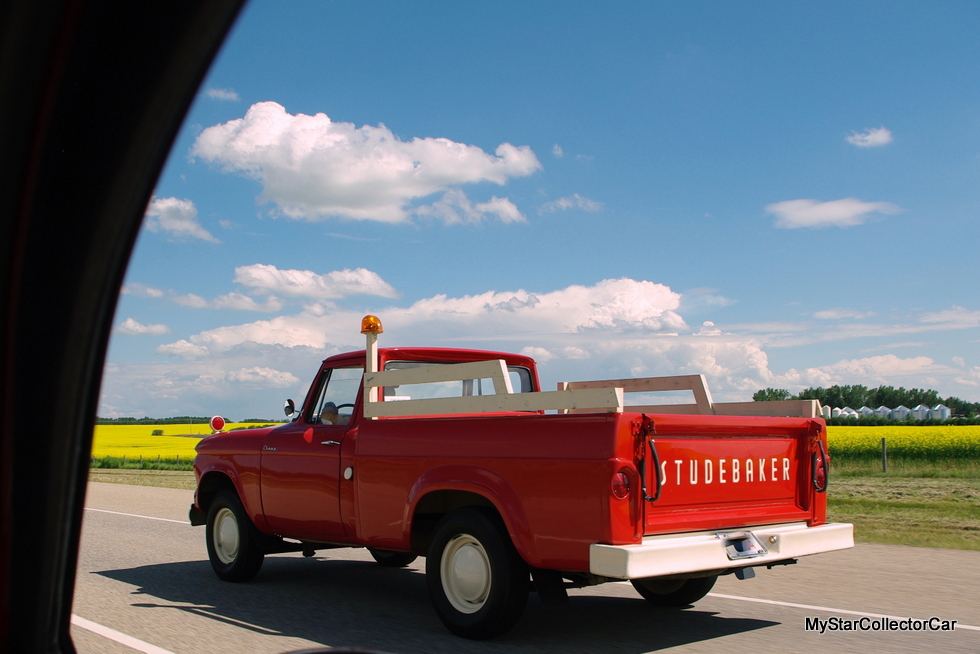 Studebaker was a player in the automotive picture after the company moved from building horse-drawn wagons and began to build motorized horseless carriages.

The car company carved out a legacy in the automotive industry for 65 years-first with electric cars and eventually gas engine vehicles.

Studebaker closed up shop in 1966 when the shut down their last factory in Hamilton, Ontario. The little car company from South Bend, Indiana became a footnote in the auto industry. 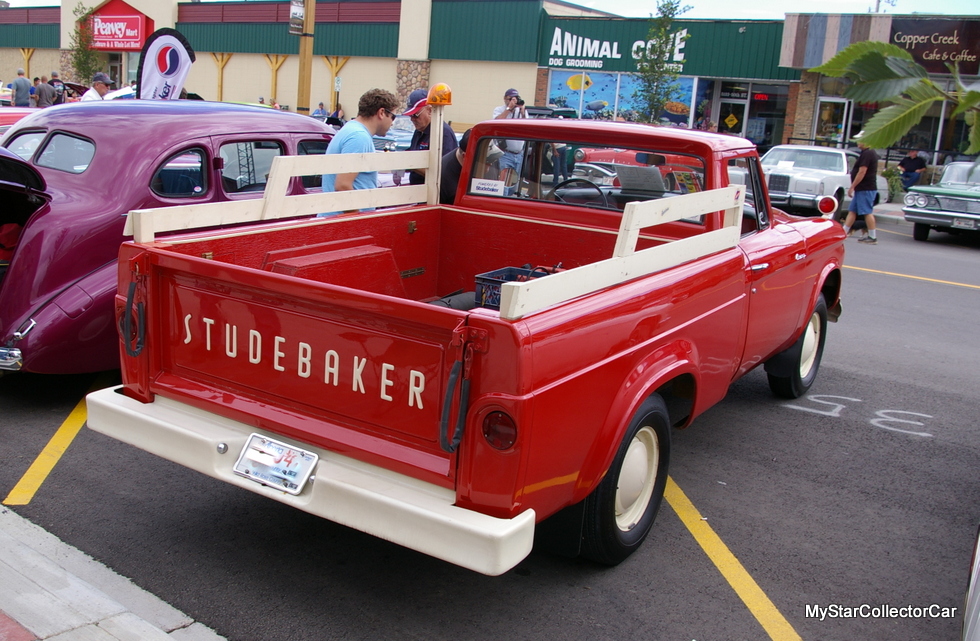 The Studie may have been gone for 50 years, but its loyal legions of fans have kept the name and there are still plenty of Studebakers still on the road.

We discovered a 1963 Studebaker Champ pickup truck at a summer show and were able to get its full story from its enthusiastic owner, Barry Brace. 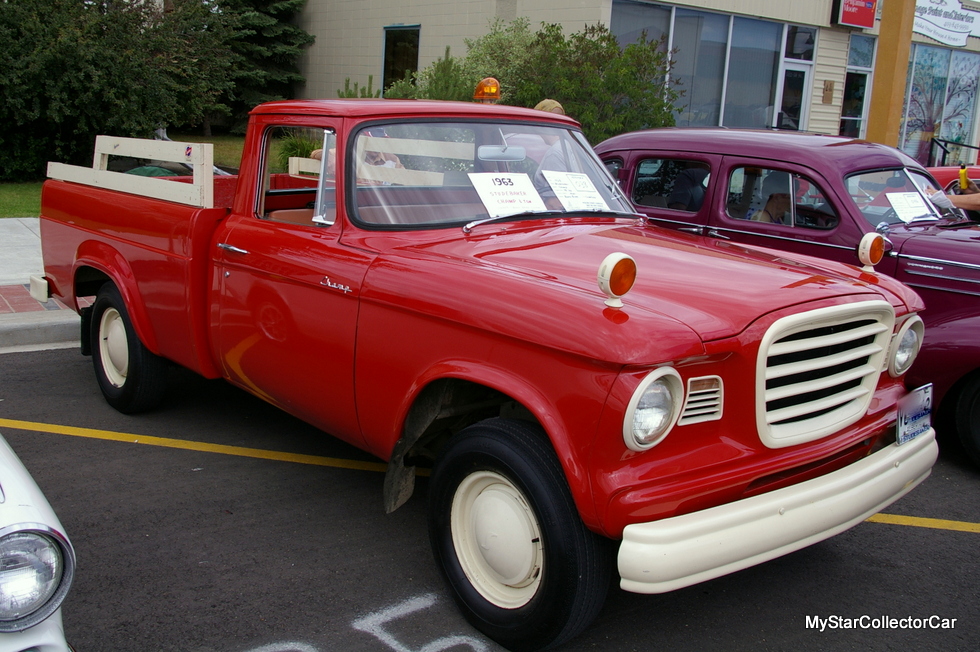 A Studebaker Champ truck is a great example of the innovative side of the Studebaker engineers. The Studebaker people had a very small budget and were forced to be creative when it came to their vehicles.

They took a Studebaker Lark compact car and removed all the sheet metal from behind the front seat. Then they welded in a flat sheet of metal behind the front seat to build a truck cab, followed by a truck bed built from an outdated Chrysler tooling machine used for their Dodge pickups in the mid-50s. 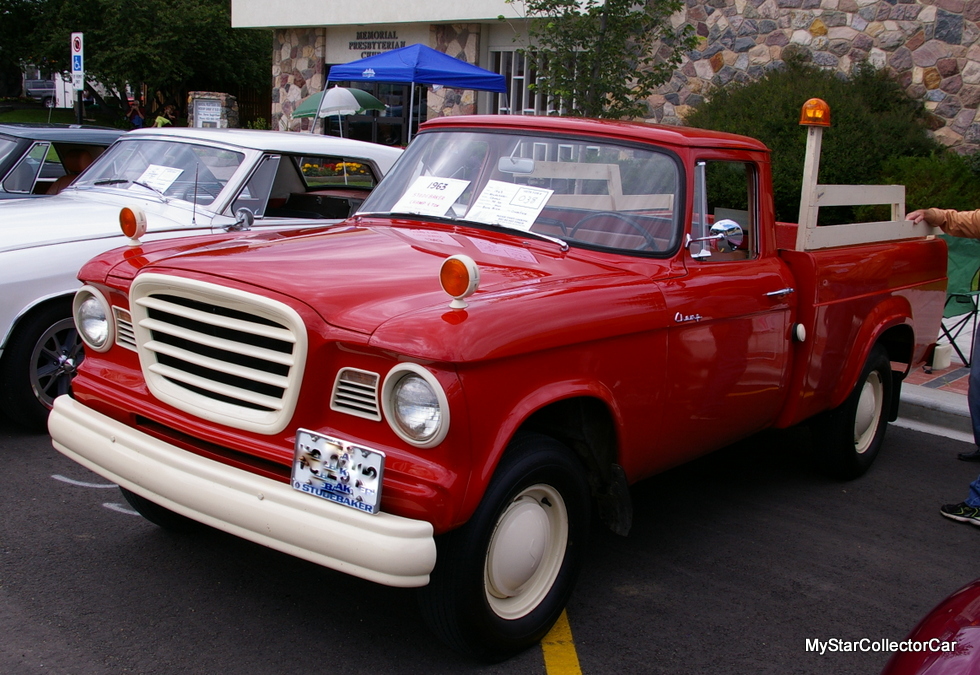 The Champ was an inexpensive way for Studebaker to remain in the pickup truck market and was built from 1960-64.

Barry was well aware of the history behind his truck, so we asked him about his personal history with his ’63 Champ. 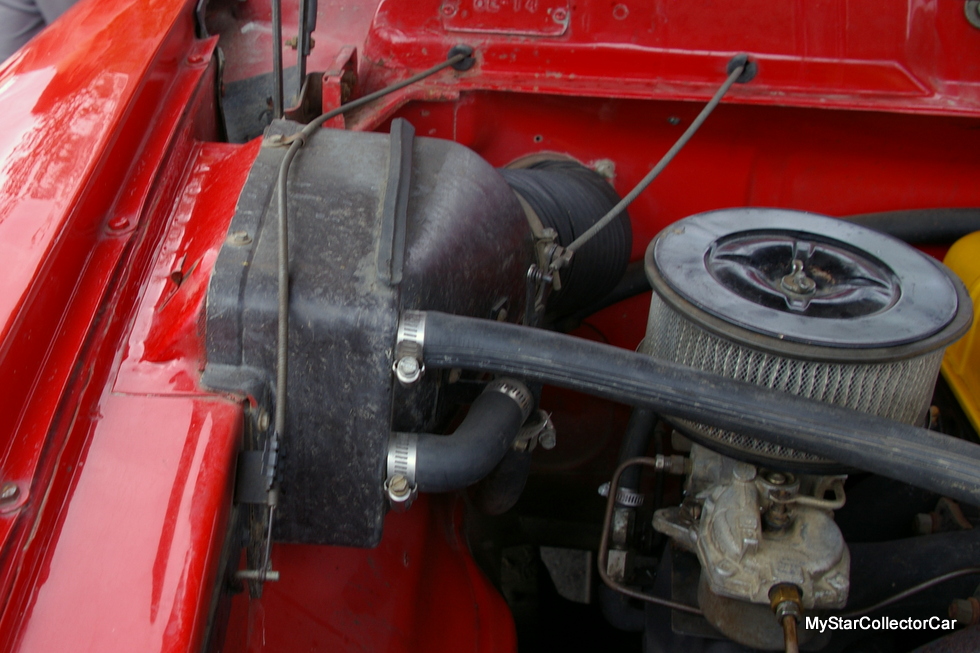 He bought the truck at an auction about 20 years ago when Barry was between projects and decided to tackle the little Studie truck.

Barry is a big believer in originality and wanted to restore the truck back to its original specs-including its 90 horsepower factory six-cylinder engine that he rebuilt. It also still has its three-on-the-tree manual transmission that is a mystery to many younger car guys. 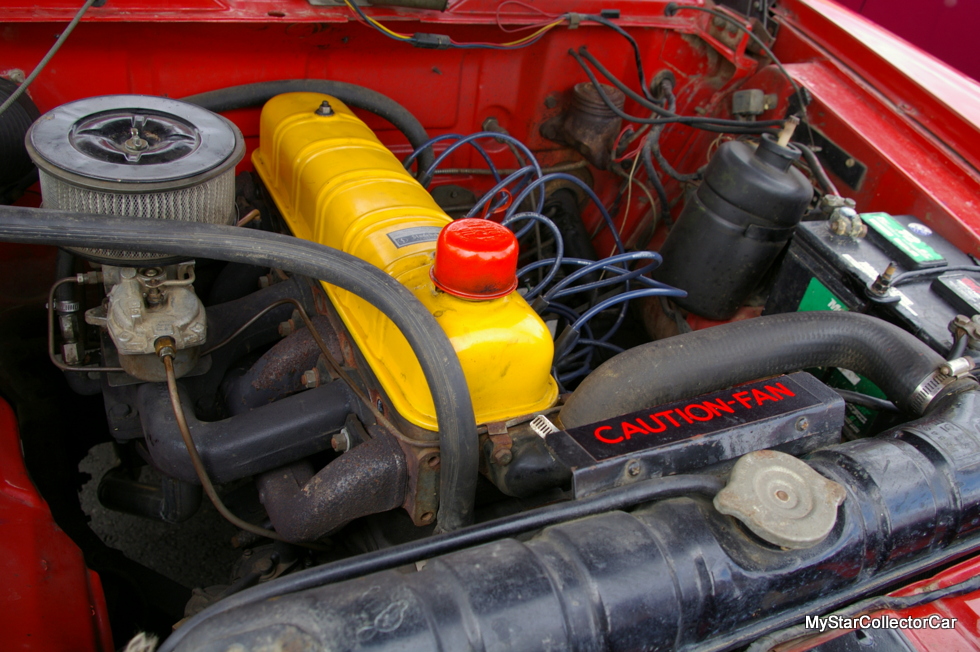 The Champ spent some time as a shop truck but it has spent much more time on the open road with Barry. He does not believe in the trailer queen philosophy and prefers to drive the truck to his chosen destinations. 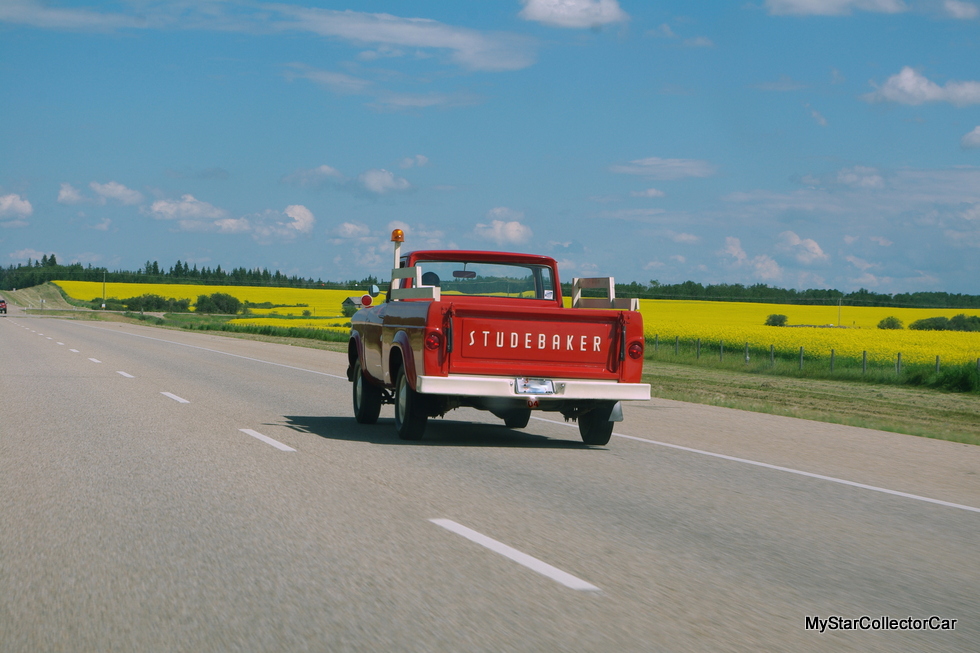 Barry has logged tens of thousands of miles behind the wheel of his Champ and it has performed like a champ the entire time. He has never had a breakdown along the way to faraway places like Denver, Colorado, Saskatoon Saskatchewan, or Kamloops British Columbia over the past two decades. 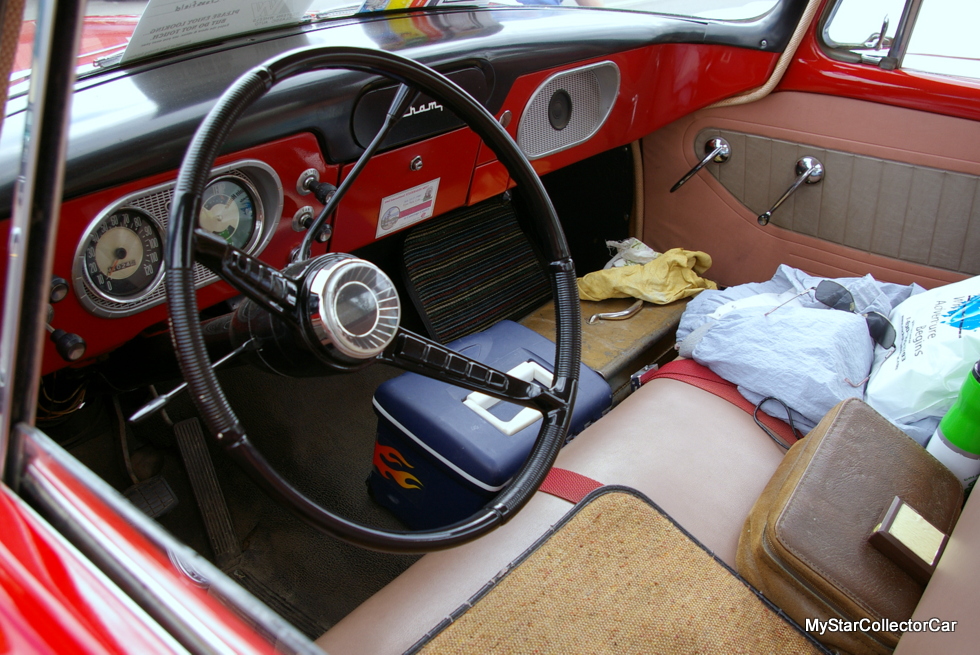 The truck has a low gear ratio and the pace is not fast for Barry, but that does not really matter because the Champ is his kind of driving experience: relaxed and fun. Barry added that his truck is also very comfortable on the long trips.

Barry built a wooden box liner for his Champ and added plenty of storage compartments to it.

He also added a rear bumper because he also drives it on the streets of a very large city near his home and wanted to protect it from a fender bender.