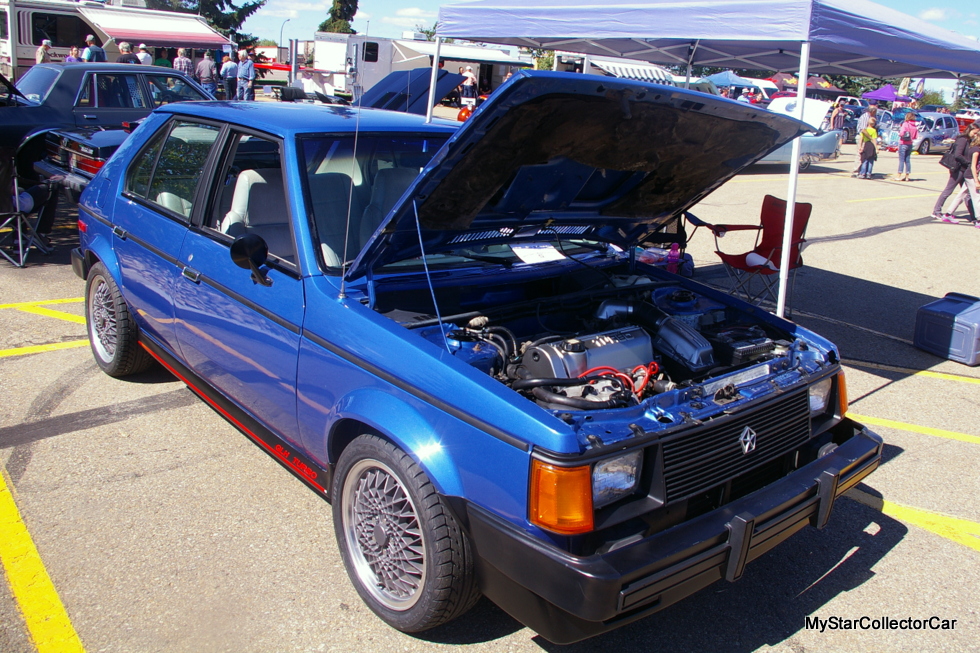 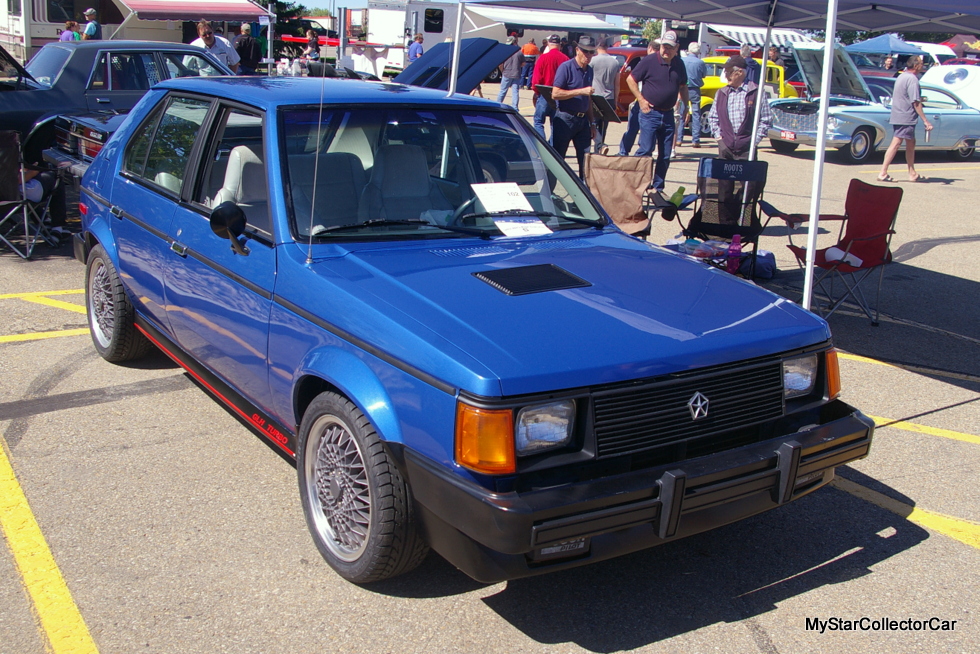 Chrysler was well aware of the early 70s gas price rise when the 1978 Dodge Omni debuted in December 1977.

‘The cars were a descendant of the Simca models built by Chrysler Europe and were a game-changer for Mopar in the North American car market.’

The Omni was a four cylinder engine, front wheel drive subcompact sedan built to address a need for better gas mileage due to the increased price of gas at the pumps in North America. 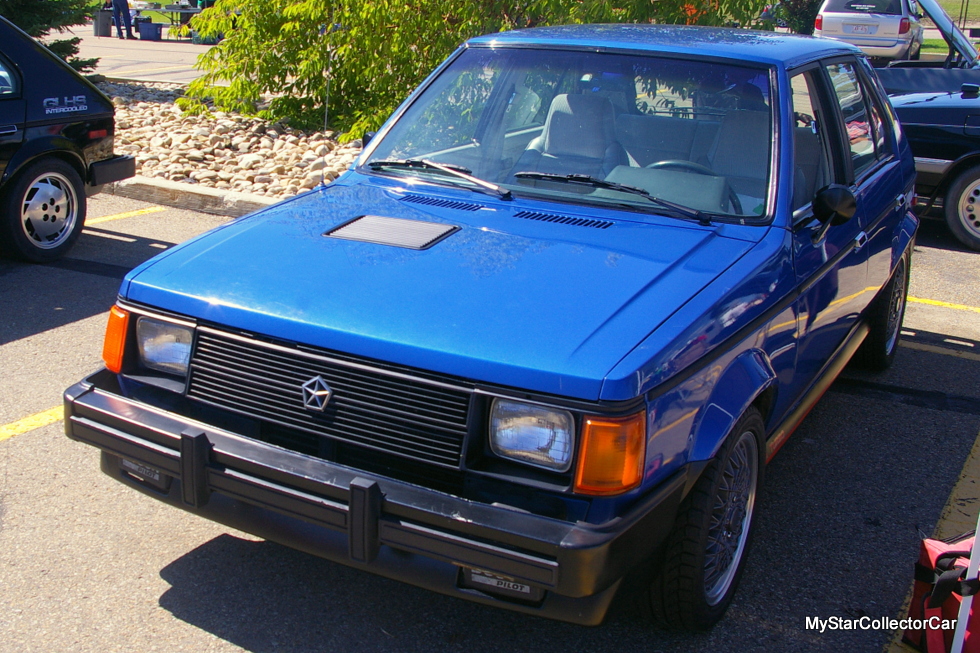 The European car market had made the switch to smaller cars long before North America for two simple reasons: gas was always expensive there and most urban streets in older European cities were built centuries before large internal combustion cars. 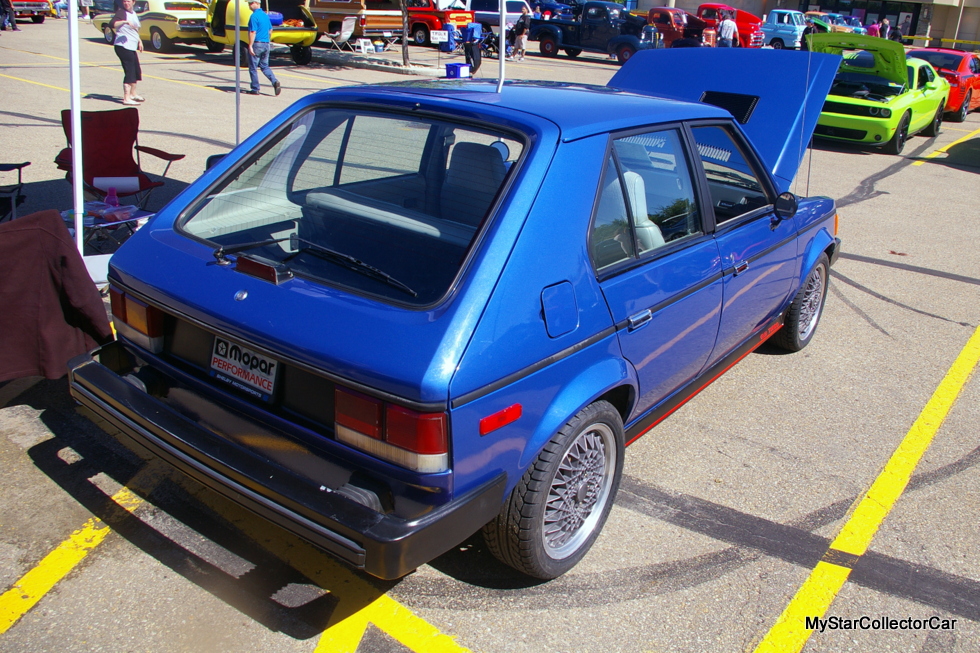 Narrow streets where wooden carts could maneuver were the order of the day in Europe long before anybody had even thought about self-propelled transportation in a full-sized Cadillac, so the European model of smaller cars was a good idea for them. 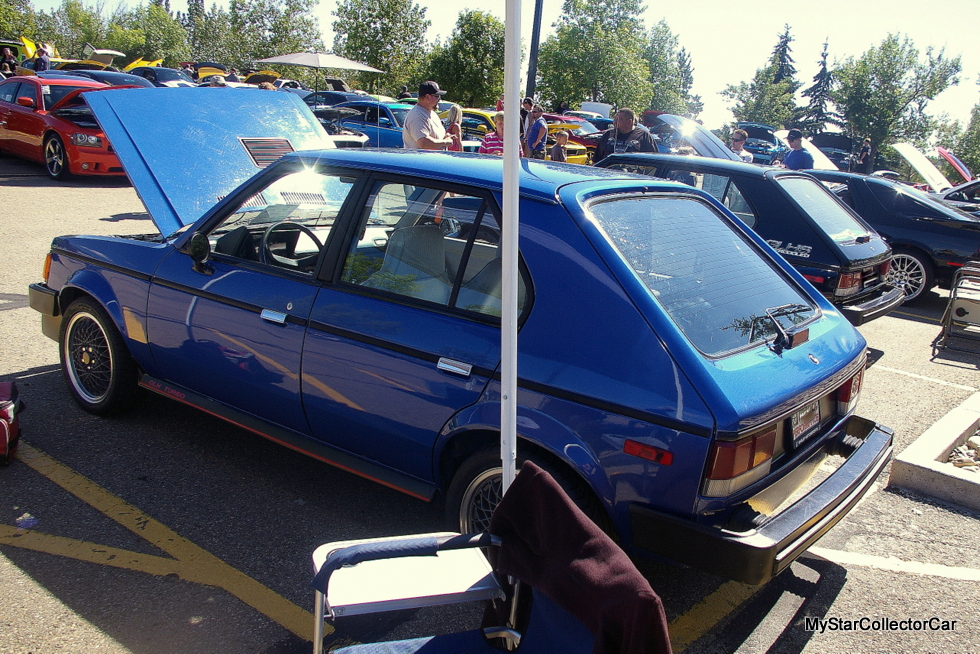 The roads may be wider in North America but they were also more crowded in large urban areas and higher gas prices made small cars with better maneuverability and good mileage a good idea in late 70s North America. 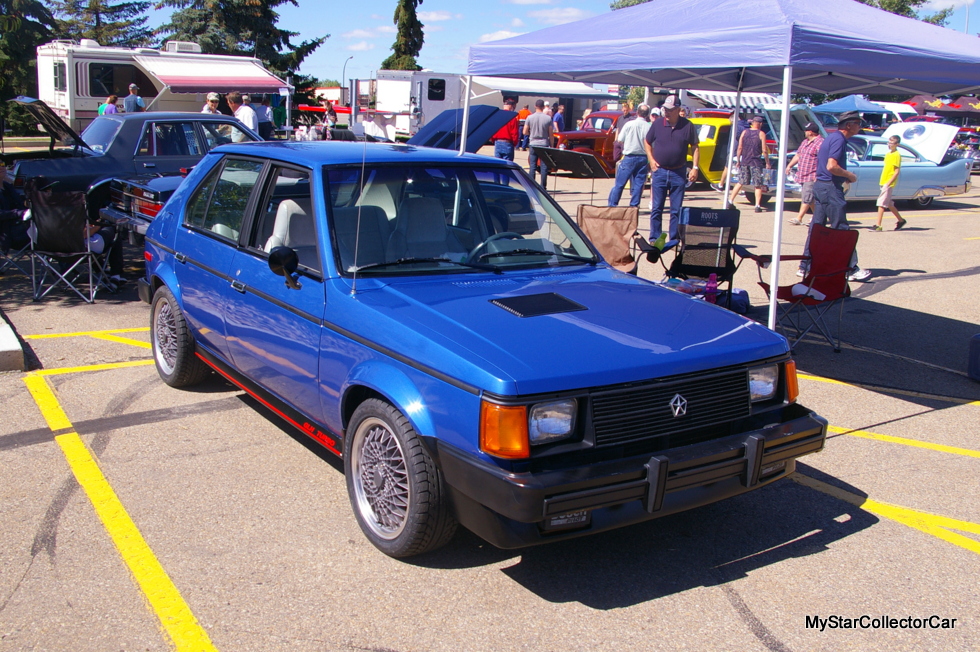 The full impact of the Omni would actually be felt a few years later when Lee Iacocca took the car’s front wheel drive/4 cylinder engine platform and ran with it. Chrysler was a struggling car company that was saved when Iacocca introduced the K cars and wildly popular minivans in the 1980s. 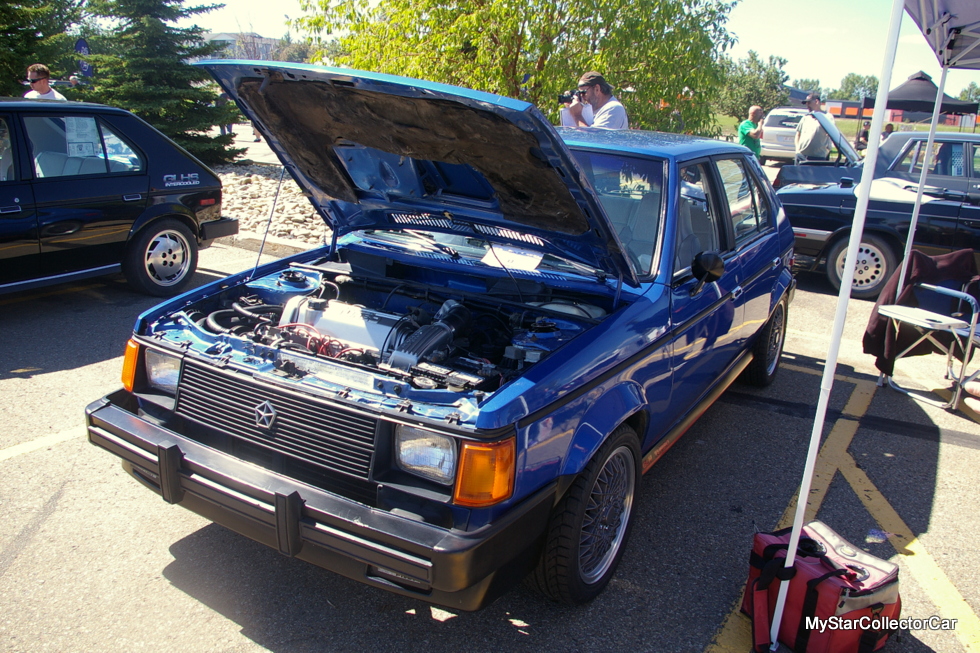 The company that carved out a legendary street and track reputation with the Hemi engine in the 50s and 60s was now winning sales races with a practical four-banger. The success of the new approach from Chrysler fired up their competitive side and the company decided to tinker with the performance in their Omni models with the introduction of the GLH-T in 1985.

This turbo-charged road rocket surprised many people in the mid-80s because it was a wool in sheep’s clothing. Nobody would suspect a boxy four door sub-compact sedan could run with the big dogs on the street in the mid-80s, but an Omni GLH (Short for Carroll Shelby’s “Goes like Hell”) was turbo-charged and very fast. 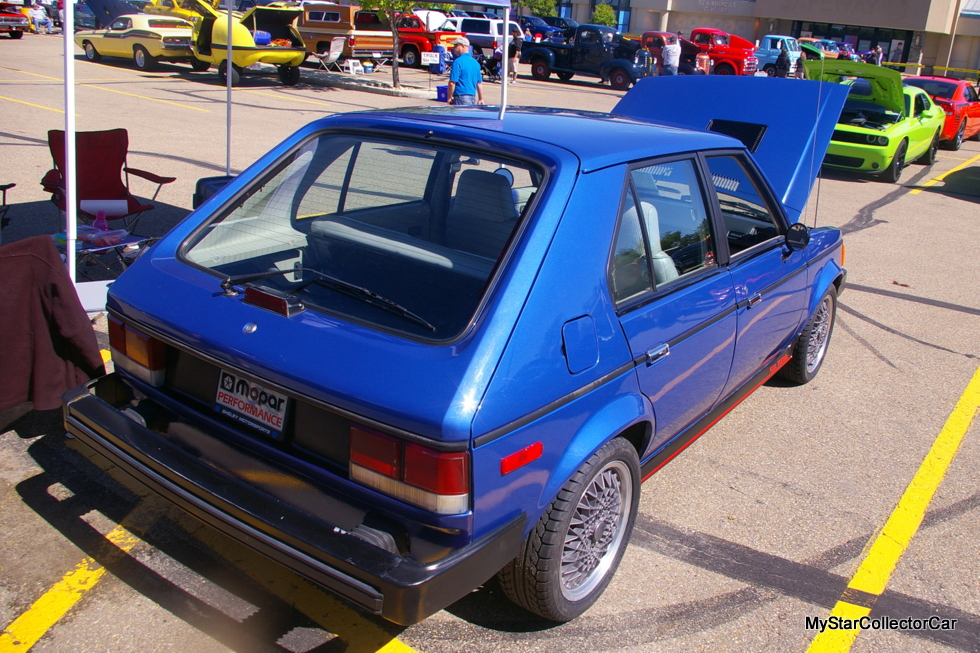 Craig Bower owns a 1986 Dodge Omni GLH and is a big fan of these cars. His first car was a tamer 1981 Omni and he bonded with these cars in a big way during his early years on the road. His first Omni was a reliable car that served Craig well during his time as its owner.

His 1986 GLH is a big step up from the ’81 in the performance department. Craig told MSCC his GLH has 146 horsepower under its hood and “will get up and go”, in his words. Craig chooses to stay out of the gas pedal and subsequent turbo boost for the most part because he likes to get better gas mileage on the road in his GLH. 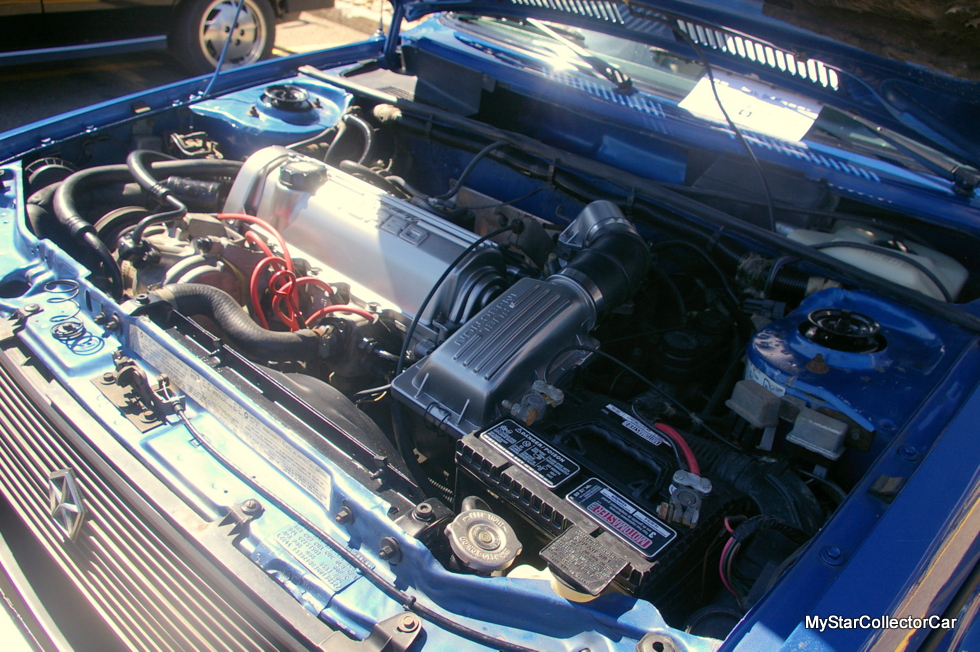 However, his 1986 Omni will more than keep up with 2016 traffic with all that available power under its hood and Craig likes to drive his 30-year-old car. He describes the Omni’s ride as “nowhere near as refined as newer cars”, but added “it has comfortable seats and I don’t get tired on the road.” 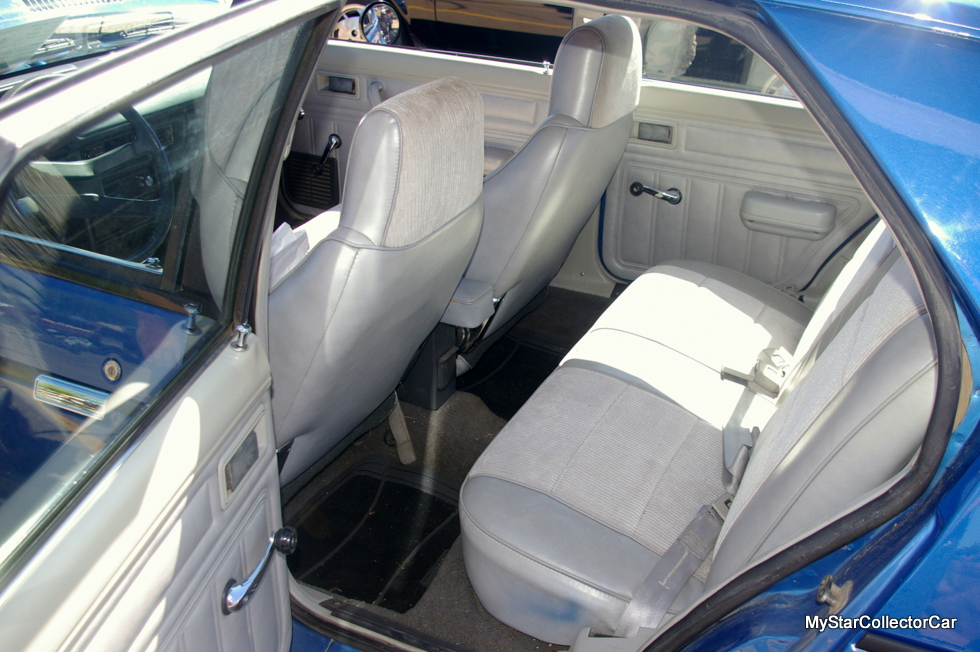 The AC still works very well and the cars were designed to accommodate four adults, so Craig can bring along extra people in comfort on a road trip when the spirit moves him.

‘The Omni was a practical car in its day and the extra horses under its hood also make it a very fun car for Craig.’