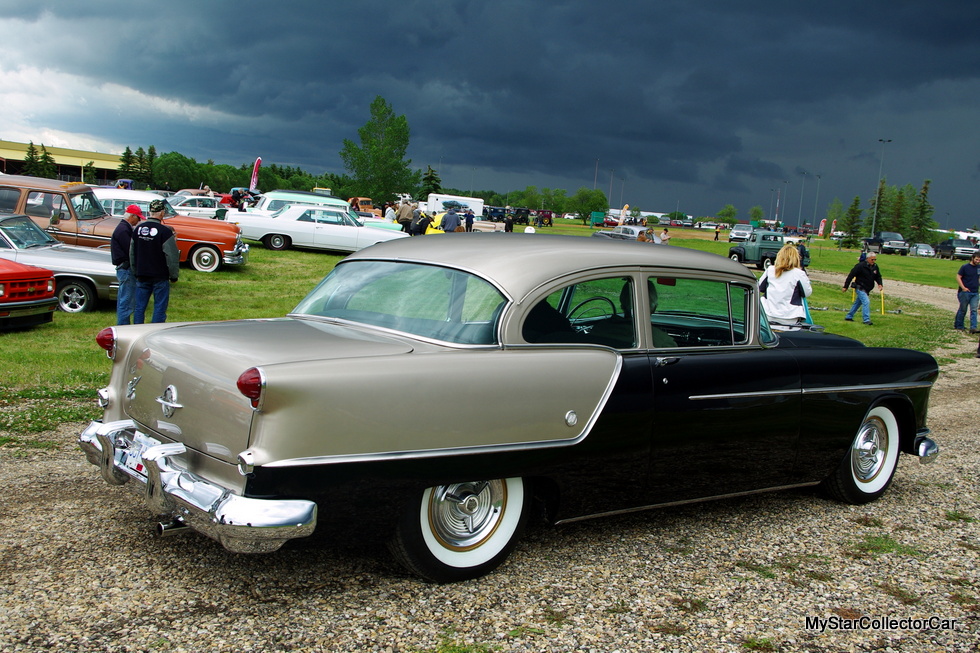 One of the toughest builds in the car hobby is a Humpty Dumpty project: a car that has been torn apart without a game plan by the last guy.

‘The giant puzzle is usually missing a few pieces and the new owner will encounter serious frustration when he tries to put Humpty back together again.’ 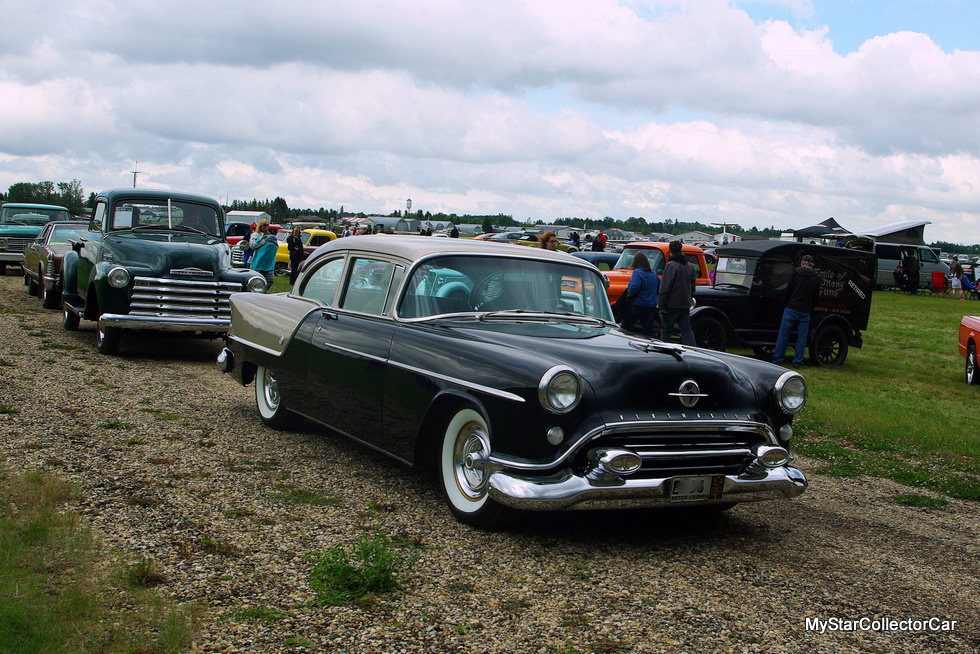 He also found it in many pieces and spent the next few years putting the car back in one piece. 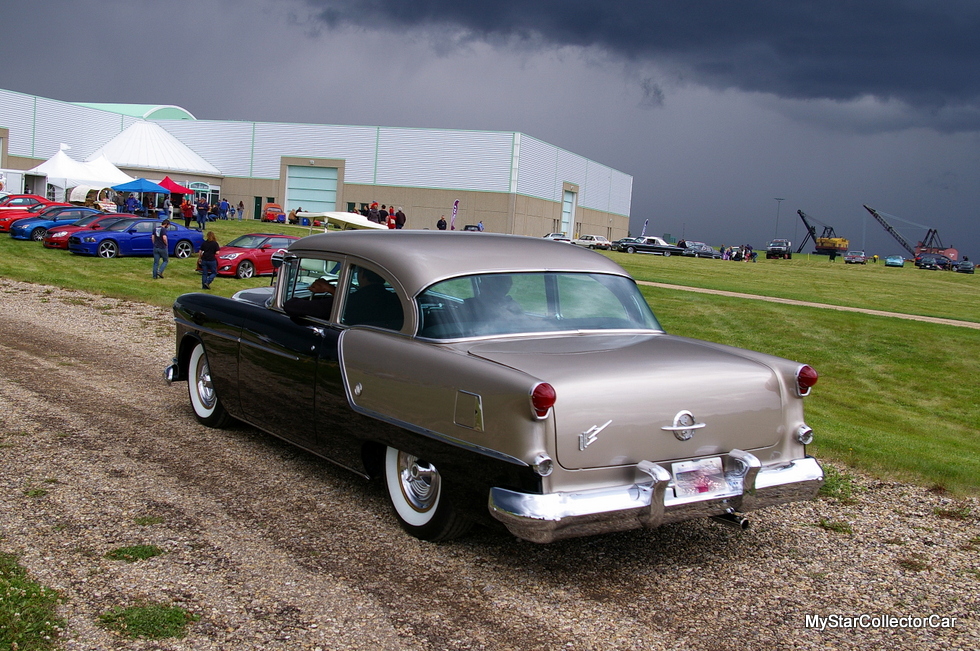 Dale said he “started backwards” with his Olds and did the body work and interior on the car. He also needed to put the windows back in the car because the previous owner was an enthusiastic dis-assembler.

Dale told MSCC that all of the glass, including the tinted windshield, is the original equipment. The engine is also the original 324 Rocket V-8 and was reunited with the ‘54 Olds. The last owner had pulled the engine and replaced it with a 1956 Olds V-8. 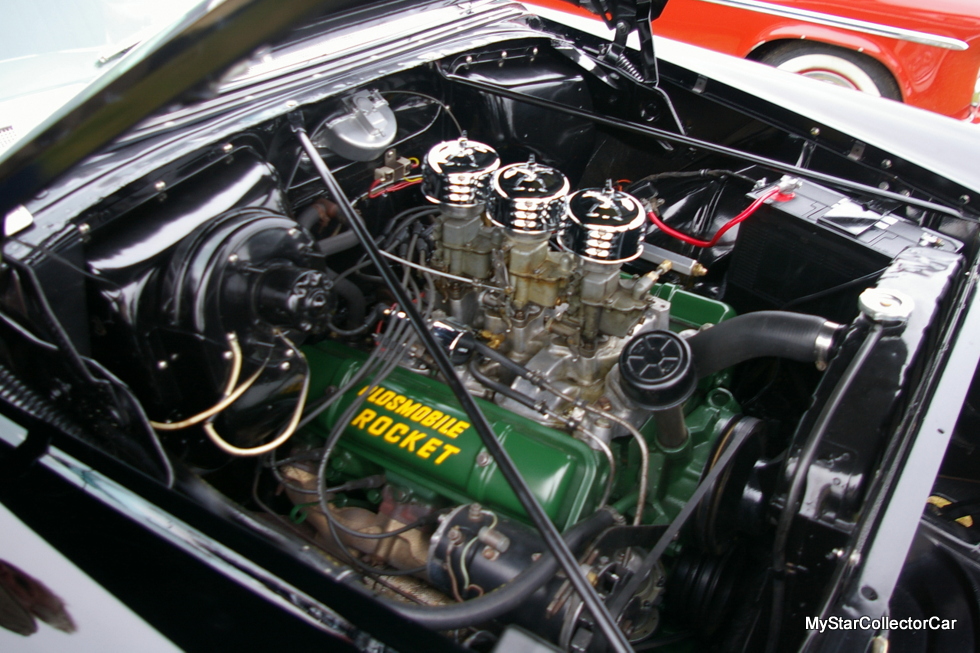 The Olds still has its original three-on-the-tree manual transmission and the old tranny can still handle the load in the 21st century. 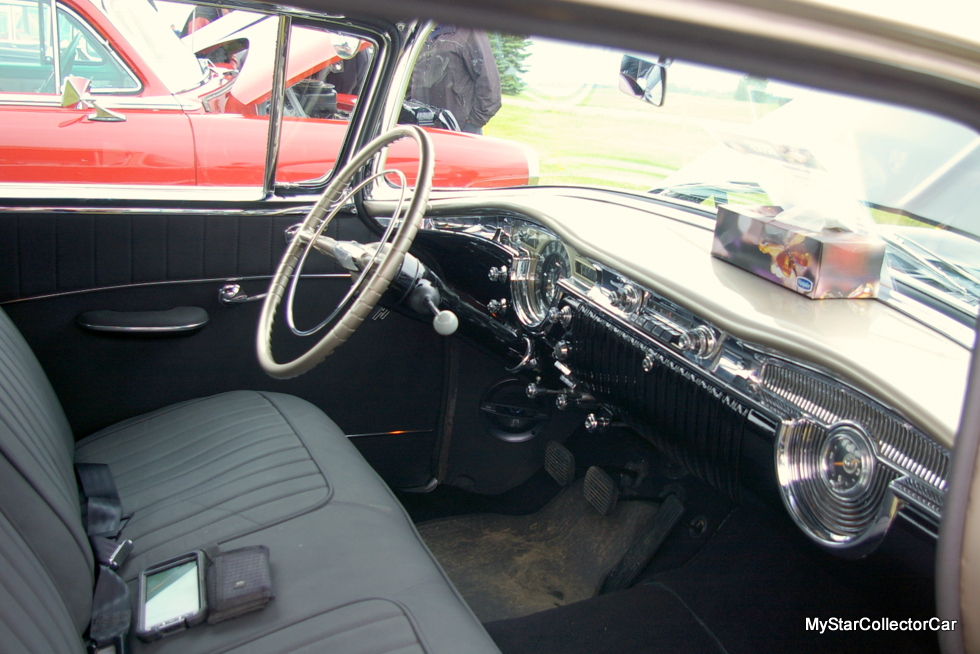 Dale added a period-correct tri-power carb system to his Olds. Hot-rodders from the early Fifties squeezed plenty of performance from the three carbs and Dale wanted to boost his Rocket V-8’s performance in an old school way. 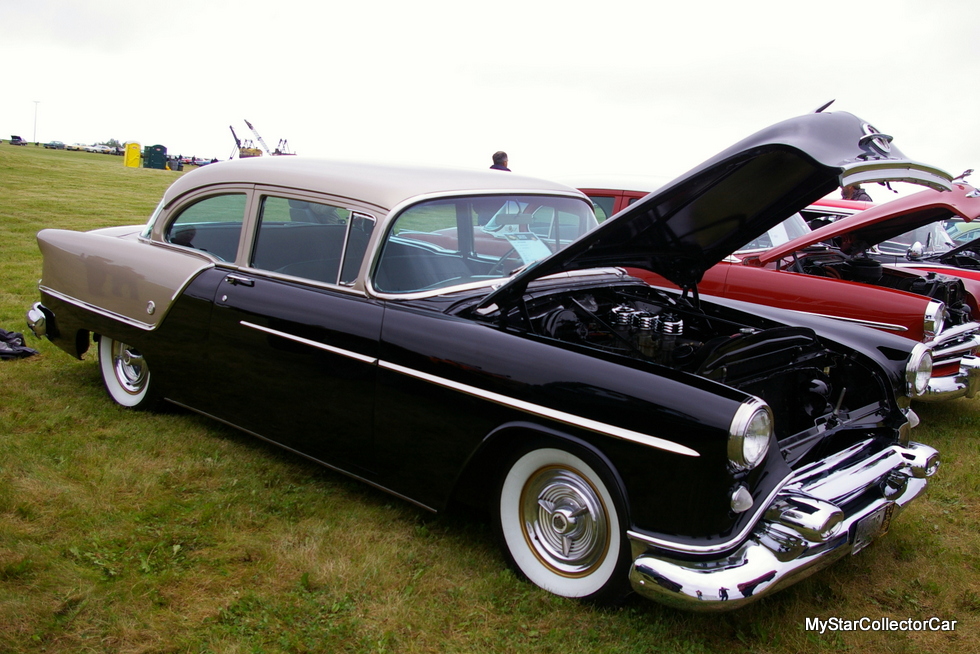 The tri-power carb approach is not for the faint of heart because of its complexities but Dale got it right with his three carbs. Dale mentioned it “took research” to figure out his carbs. 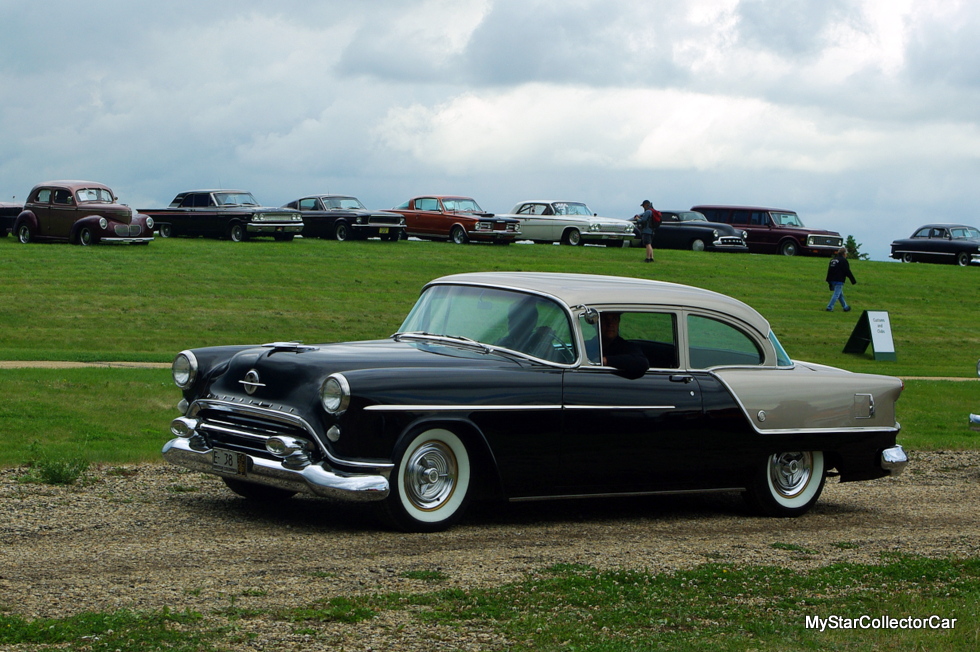 The paint job was also done by Dale and he strayed away from the stock color because he “always wanted a black car” as a major part of his two tone scheme. Two and three tone paint jobs were a big part of Detroit style in the Fifties. 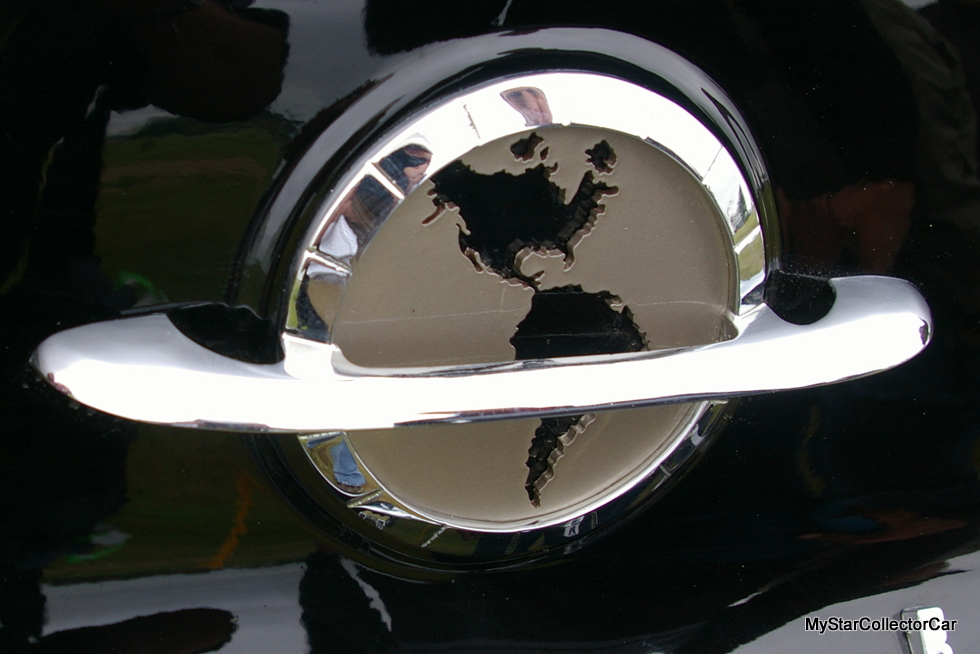 The paint job was a massive job so Dale spent about a week of intensive wet-sanding and polishing to remove the orange peel from the finish. 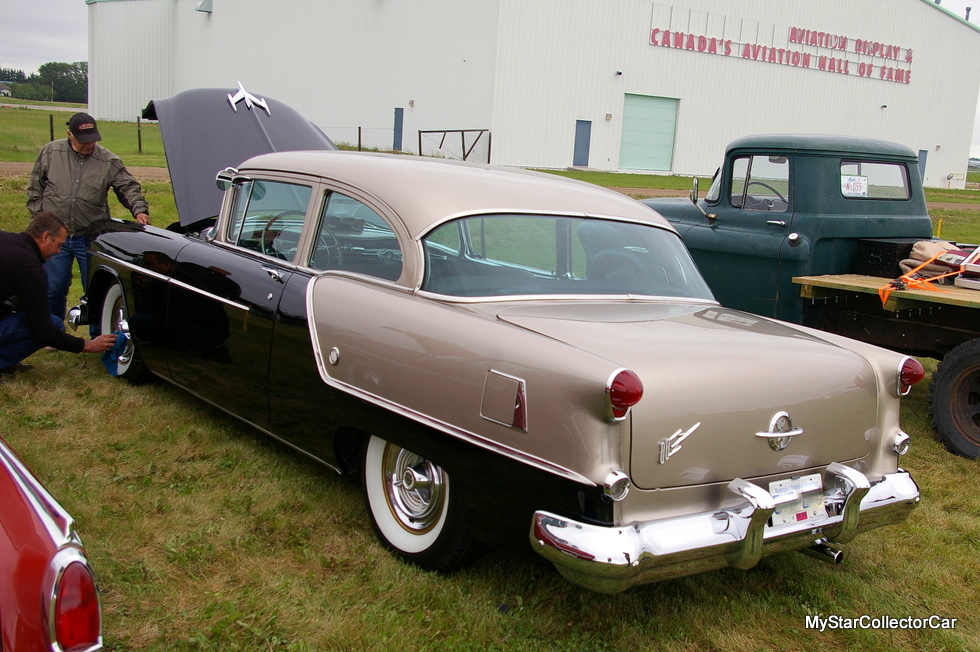 Dale added that his 1954 model was a new look for Oldsmobile and took some of its styling cues from the 1955 Chevy one year before the iconic Tri-Five made its debut. 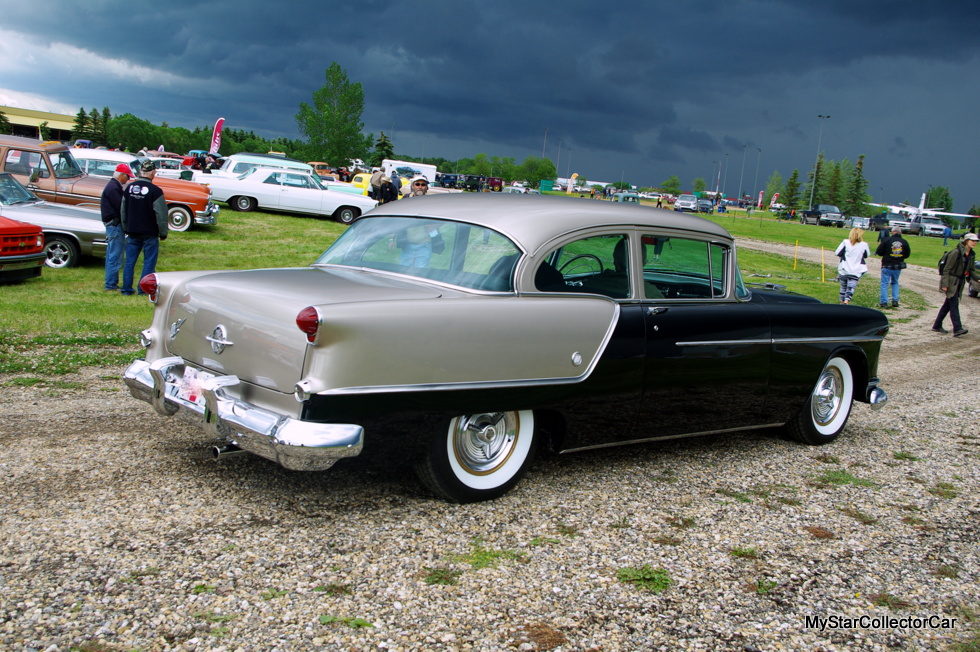 The Olds has a clock and AM radio but it does not have amenities like power steering, windows or brakes.

Dale built the car as a driver and has logged many miles behind the wheel of his Olds. He added wide whitewall radials to the car and is very happy with its performance on the road. 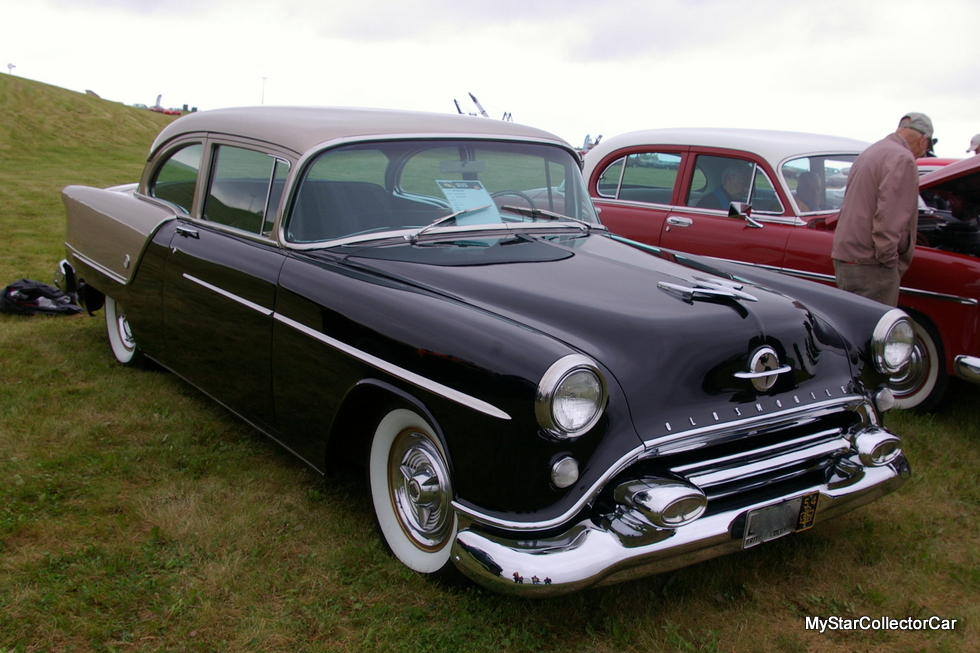 The car can handle modern traffic and rolls down the road “real nice” in Dale’s opinion. 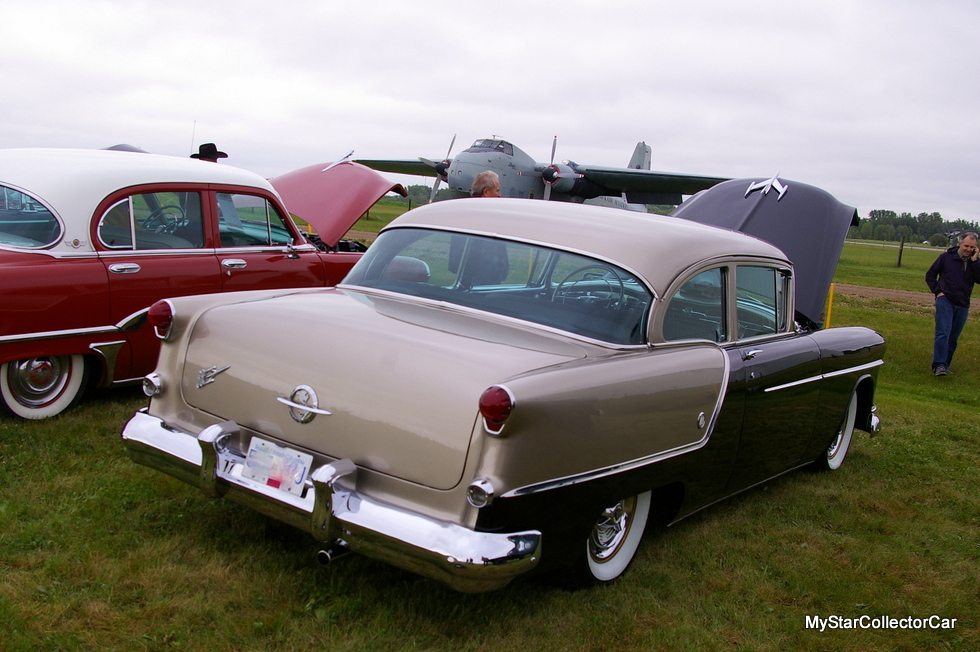 Dale was looking for a 50s or 60s car when he found his Olds. He wanted to step back in time and connect with the hot rod culture from the past when he re-built his car.

‘The tri-power carbs and custom two tone paint on his 1954 Olds Super 88 have definitely put him a  lot closer to the old school car culture. ‘