One of the constant themes that I’ve seen in the old car world is “pining for a lost love”.

Not an old girlfriend lost love because most guys seem to move on from broken romance fairly easily….sometimes before the weekend is over.

This true lost love is the beloved old ride that you had when you were younger and full of boundless enthusiasm about your Chevy, Ford or Plymouth.

The one that always seemed to need work but never let you down.

Most of the time these old brutes were big, 2nd round draft choices and had four doors –two doors too many to be really cool but once you added that $75.00 cassette player the “car to cool” factor went up 300%.

Sure the three-on-the-tree gearshift came off in your hands when you pulled that power shift from 2nd to 3rd and the car suffered a few war wounds during your learning curve on the streets but for a time that old ride was the center of your universe.

Eventually your old ride became too old and far less attractive so one day you sold it for 100 bucks and bought a new Pinto.

Despite the obvious 2012 punch line here about Pintos, the real story is that you dumped a car that you really liked for something newer and more practical.

These cars ended up in two places in almost every case – your permanent memory files and a landfill. Either way a big part of your past is gone forever. 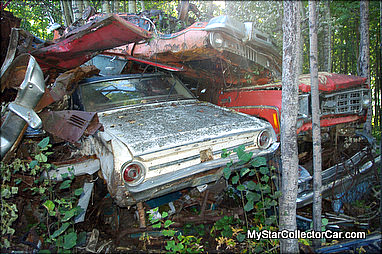 We get contacted fairly regularly by TV production companies about concepts for TV car guy programs and the biggest weakness is that these concepts drift far away from how car guys really think.

This concept is on the money because I have yet to meet a car guy who doesn’t have a favorite ride from his misspent youth.

Several months ago a TV production company out of Los Angeles gave us a call and asked us to find guys who miss their old rides. They’re starting to flesh out the details but this is basically what they’re looking for, so feel free to contact them if you have that “reunited and it feels so good” spirit.

This is what they sent us…

“Firecracker Films is currently developing a show called “Restoration Reunion,” a cool new program that reunites people with their long lost cars. Are you looking for your old ride or do you have a friend, partner, or parent who you would like to surprise by locating their beloved car? You know the one you took to the drive-in filled with all your friends…or you paraded the love of your life in…or the one you religiously washed and waxed every weekend while the neighborhood kids watched. We’d love to hear your story.” 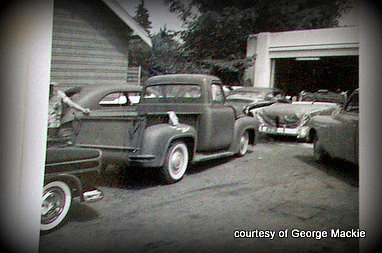