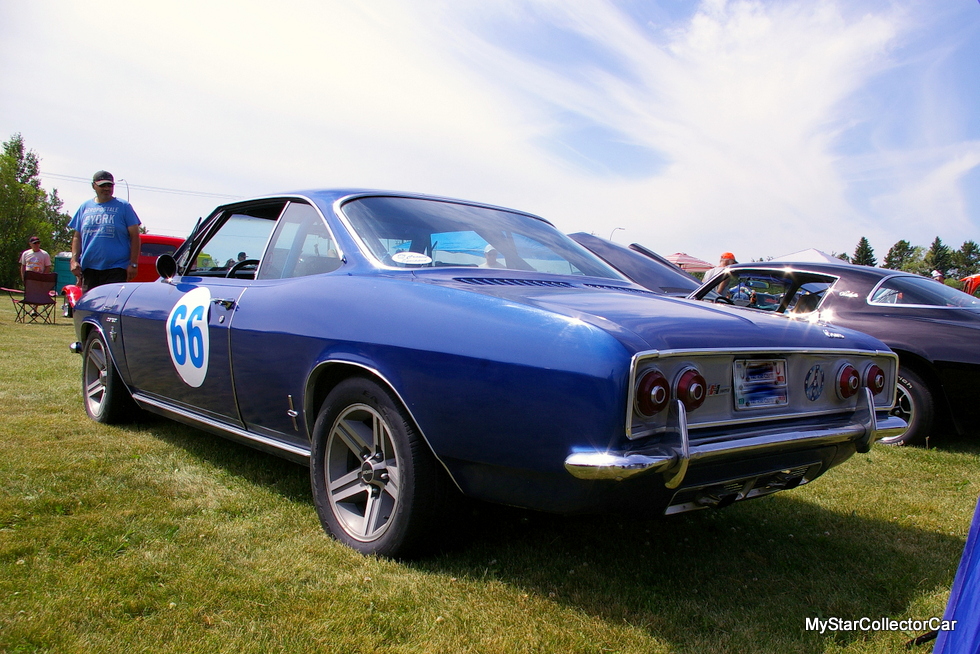 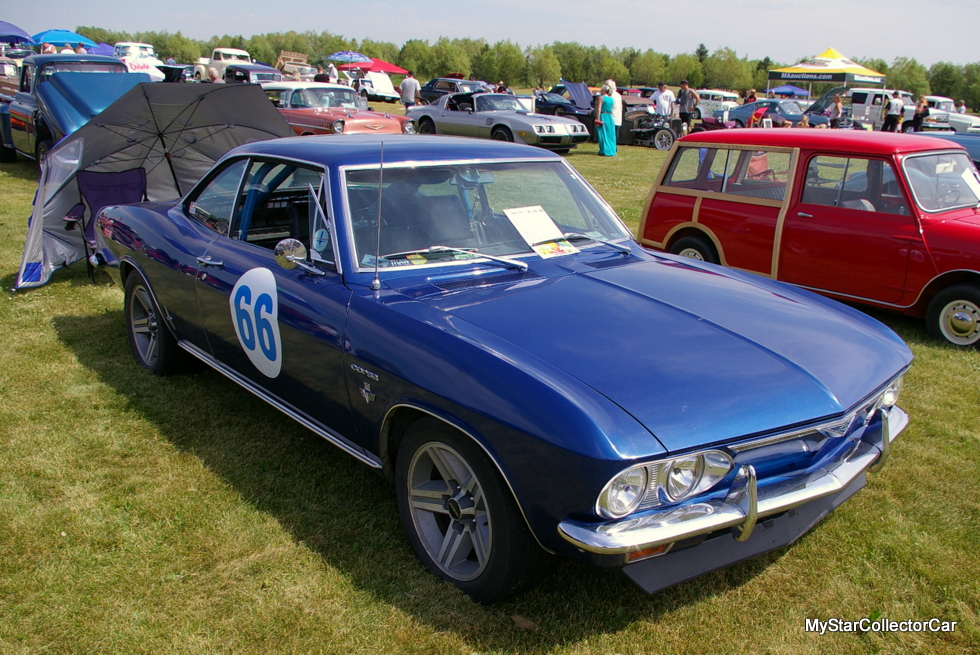 The most popular non-fictional book on the 1966 New York Times best-seller list was a largely fictional book titled Unsafe at Any Speed, written in 1965 by a then-unknown consumer advocate named Ralph Nader.

The target of Nader’s attack was the Chevrolet Corvair, an air-cooled compact car built and designed by GM to compete with-and dominate-the VW Beetle.

The rear engine Corvair was introduced in 1960 and lasted until 1969 in various forms that ranged from sedan to pickup truck. 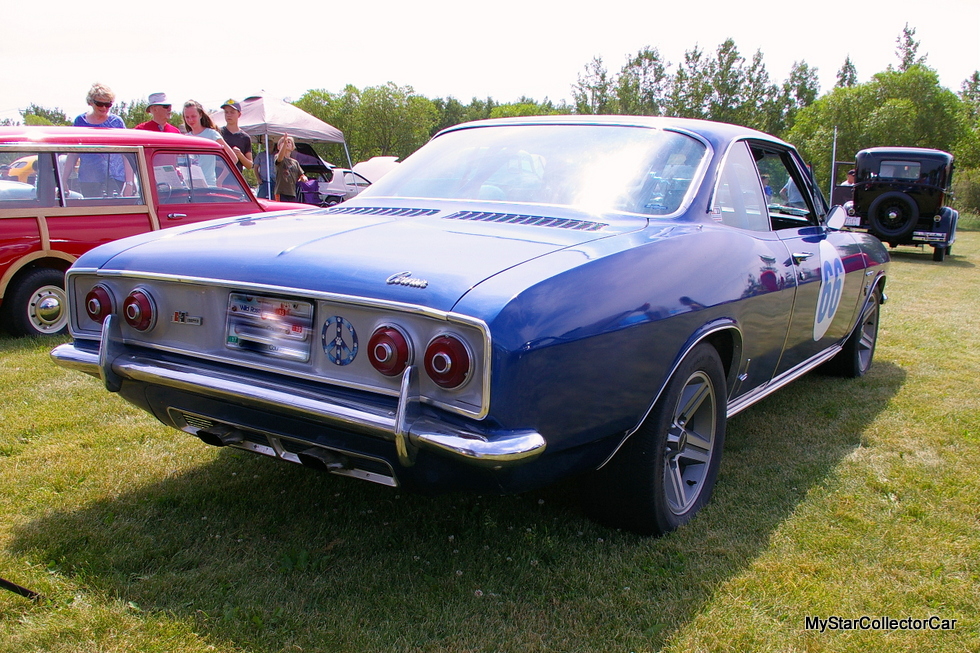 Ralph’s expose included a broadside at the split axle on the Corvair and its role in high speed blowouts and rollovers associated with the lively rear suspension on the Corvair.

Nader failed to identify a similar split axle rear suspension configuration on the Beetle, Jaguar and Triumph sports cars, to name just a few of the manufacturers who successfully built the split axle into their cars. 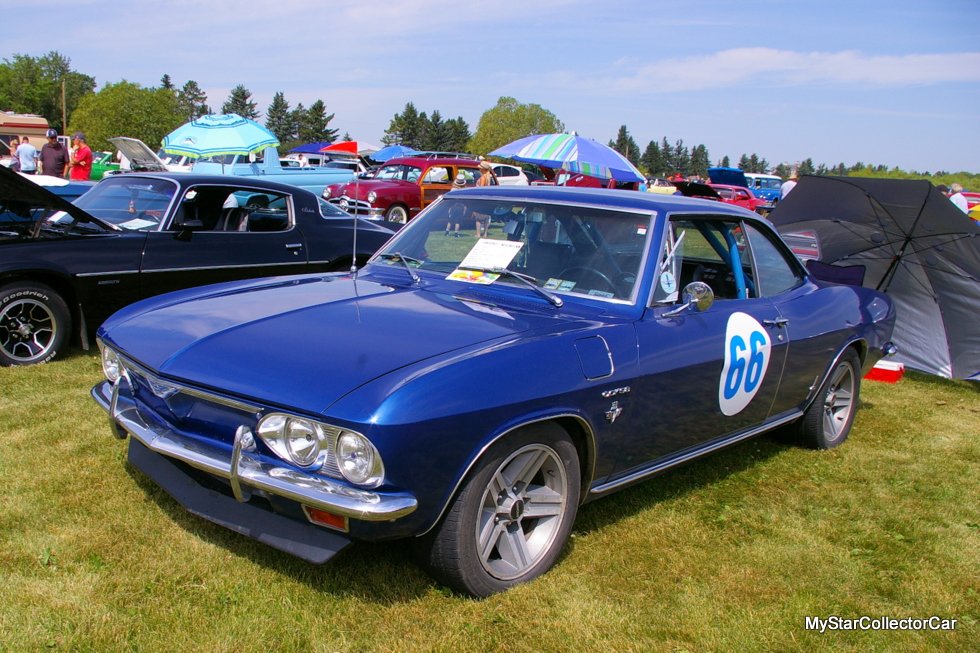 Ralph Nader did not help the cause when he wrote Unsafe at Any Speed in ’65, but the Chevy Corvair needed little help in the unpopularity department when it disappeared from the GM team in ’69. The Corvair was plagued with the same demons as the VW Beetle: it had no heat and it was underpowered.

The VW Beetle had already built a long history of reliability and economy with its anemic 4 banger engine. The Corvair had a bigger engine, more weight, and offered little reason to sip fuel like a Beetle. 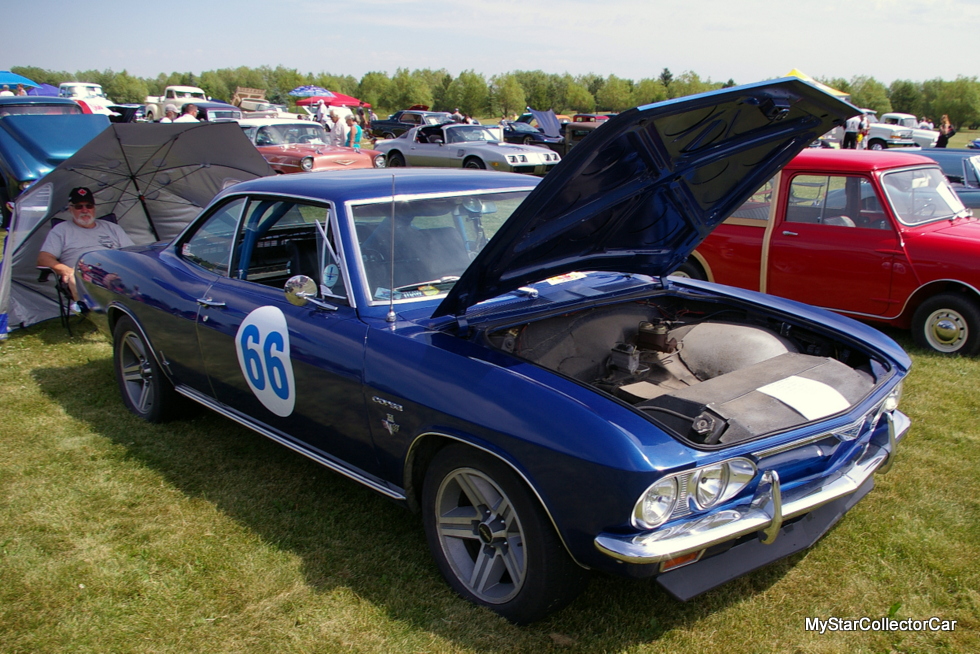 The Corvair had Ralph Nader the consumer warrior, while the Beetle had Herbie the Love Bug. The public relations optics are obvious.

Ken Klassen is old enough to remember both the Corvair and the Nader book. 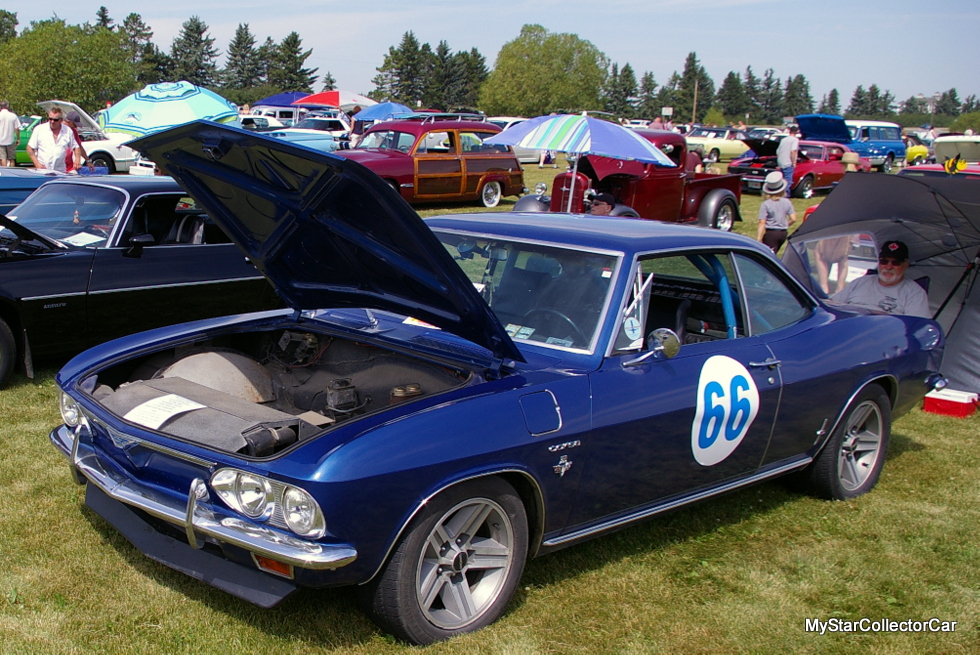 However, Ken was undeterred when he became the proud owner of a 1966 Corvair Corsa resto mod in 2011. A previous owner had already addressed the performance issue with the Corvair because he replaced the stock air-cooled engine with a water-cooled 350 Chevy small block engine that had been shifted from a location in the trunk to a back seat location in the Corvair. 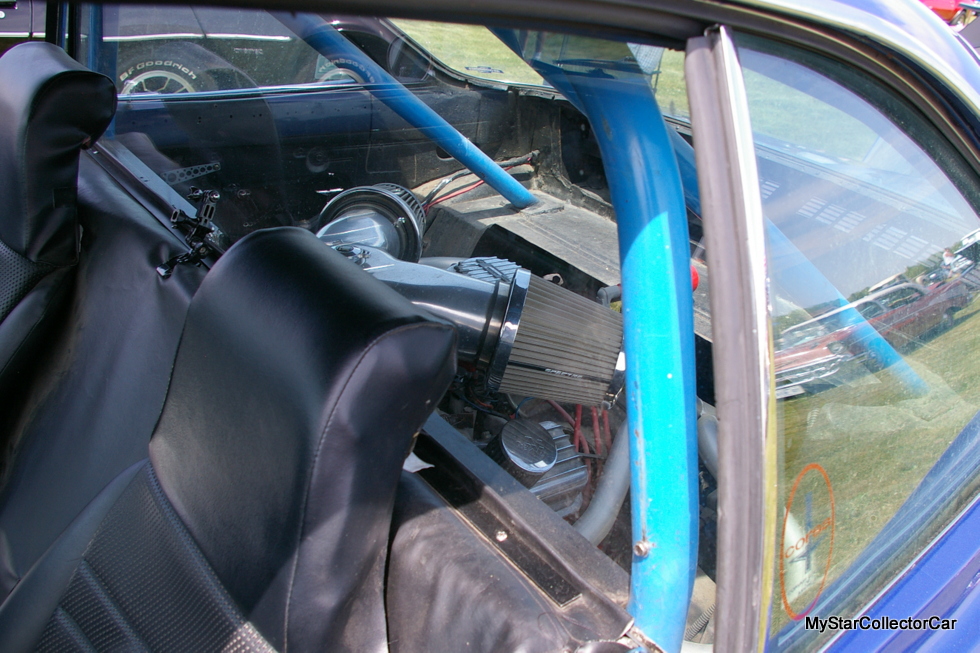 Ralph would be happier with this Corvair because it has front and rear anti-sway bars added into the mix and the beefier suspension makes the Corsa perform better on the road.

The Corvair now has a hydraulic clutch (including an add-on master cylinder on the firewall) to handle the extra torque from the small block V-8 sitting in the back seat of the car. 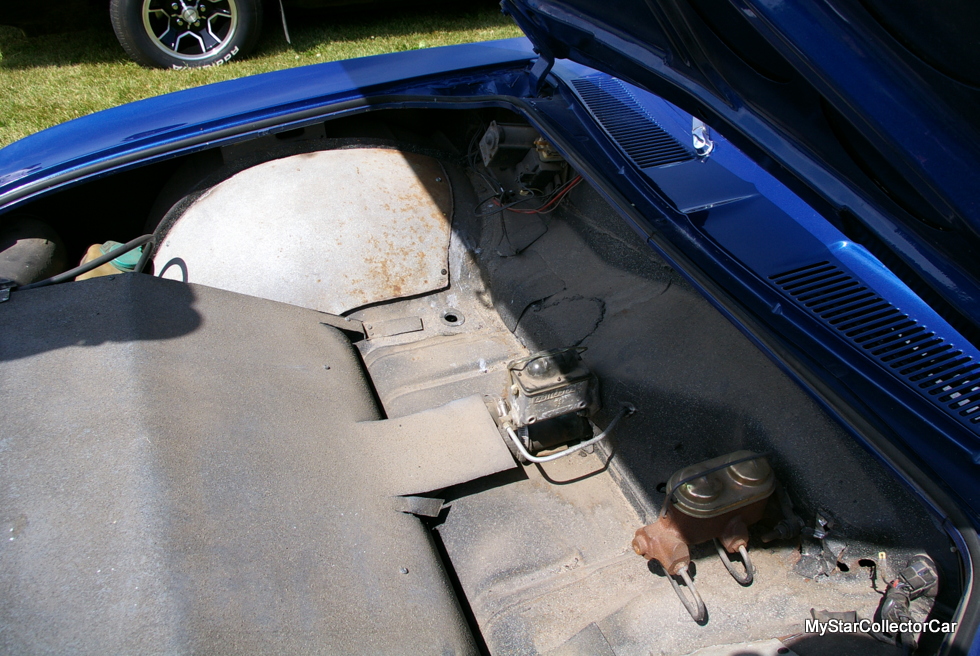 Ken was concerned about the close proximity of the V-8 engine so he added a plexi-glass shield around the motor to protect himself from the extra noise, fumes and heat produced by the 350.

Ken classifies the Corvair as an “old build” because the car was retrofitted with the V-8 in the early 70s. He was able to refine the build for better performance when he became its latest owner about six years ago. 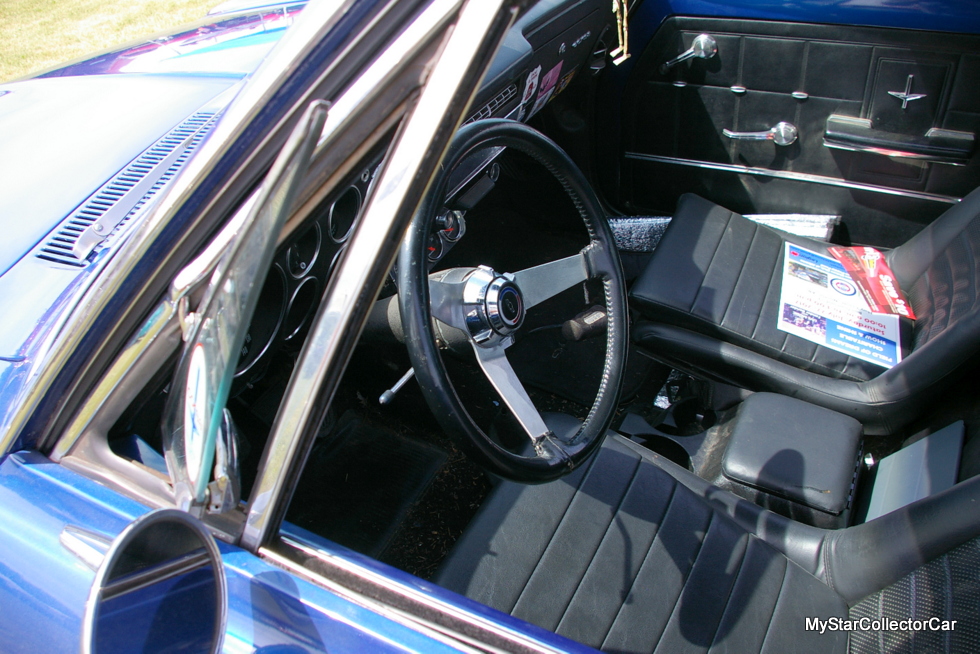 The Corvair now has a more efficient cooling system that has proper ducts to propel cooler air to the front-mounted radiator. Ken’s solution eliminated a chronic over-heating problem in the Corvair. 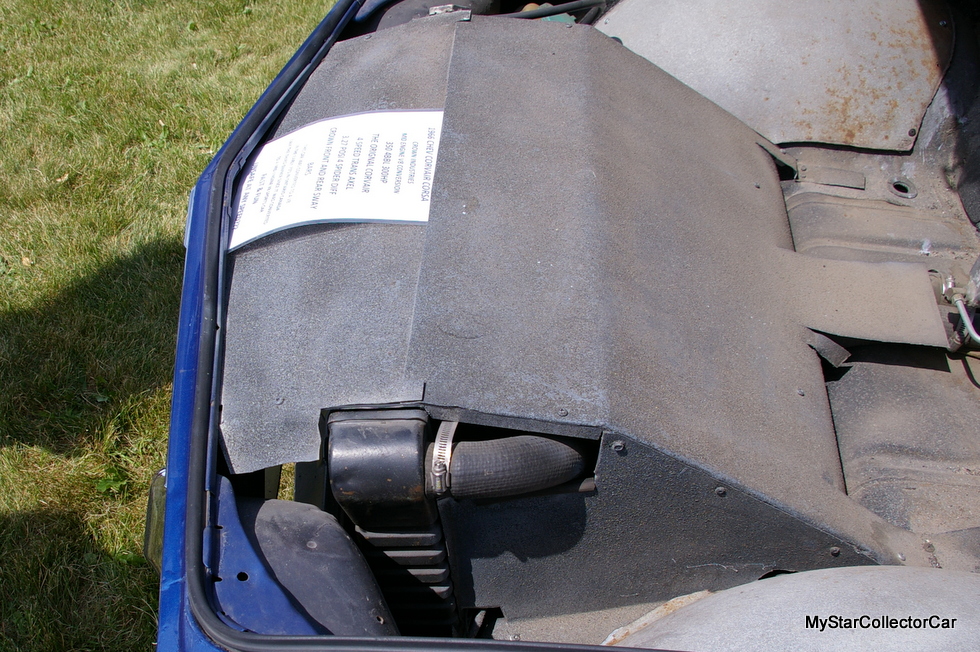 Ken also closed in the front and trunk areas on the Corvair with sheet metal on the floors and now enjoys more storage capacity in his car. 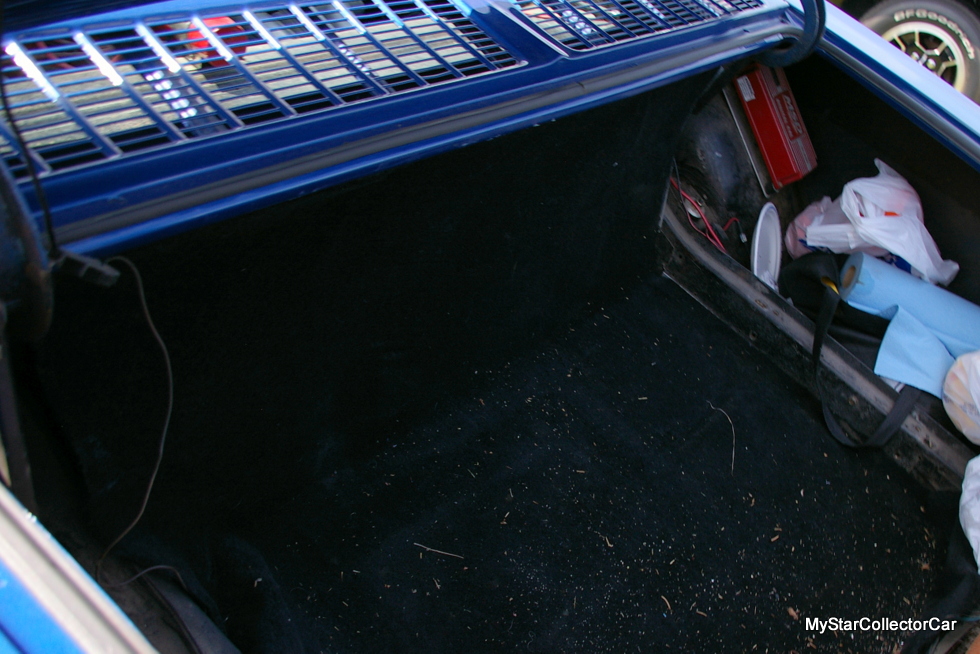 The Corvair is a driver and Ken has logged 8000 miles (about 13-14,000 km) behind the wheel of his modified compact car. The Corsa performs very well on the road and Ken has been able to more than keep up with the traffic flow along the way. 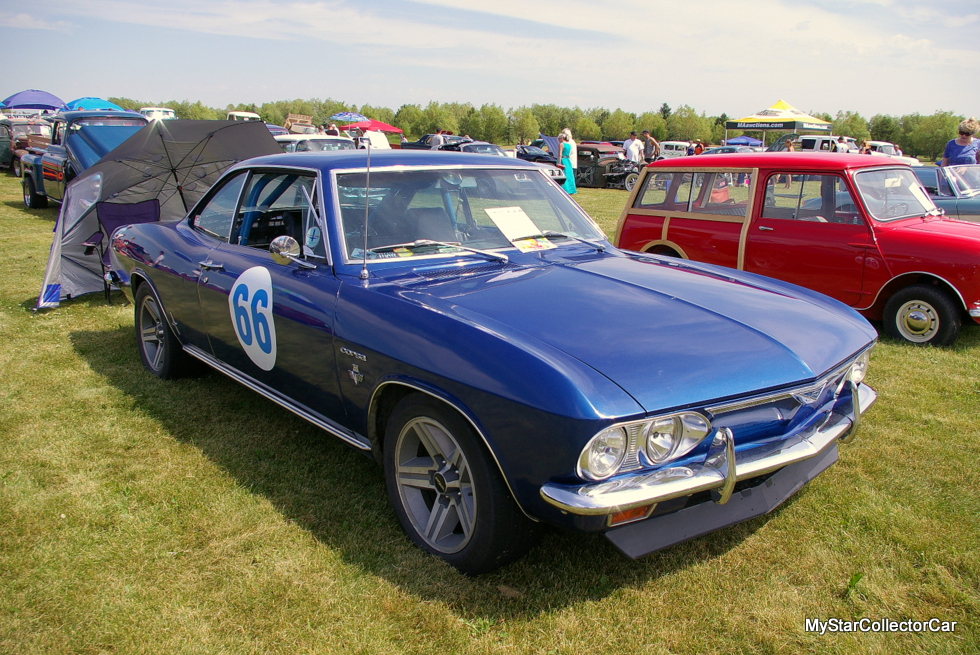 The net result is a very happy Corvair owner, despite the best arguments put forth by Ralph Nader.