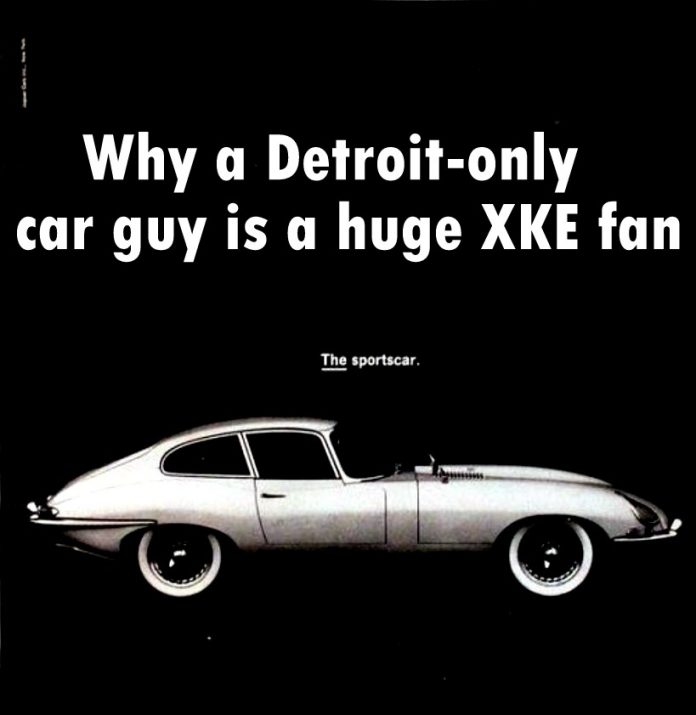 We are what our fathers drove in many cases when it comes to car guy world.

One of our acreage neighbors was a dyed-in-the-wool Jaguar fan and owned family sedan versions of these British cars. He chose Jaguar sedans as his kid-haulers and I considered his cars to be charter members of the oddball vehicle club when I was a kid.

They were unusual cars in the grandest tradition of British automotive design from that era, but I had little interest in his Jaguar sedans since I was just another colonist from the hinterlands of North America. Every other guy in the area drove domestic cars-except for one family that chose a Mercedes sedan at the time-another car that failed to captivate my interest in any way when I was a car kid.

If the question simply asked whether I was aware of foreign cars when I was a kid, then a correct answer would be a vague “Yes”. If the question asked about my interest in Jaguars, then I would have to answer emphatically “No”–particularly since the Jag’s owner was a highly unlikable adult in my opinion as a kid.

Then I saw my first Jaguar XKE and my tune changed dramatically when I was a car kid. The first-gen Jaguar XKE was unlike any car I had ever seen in my life because it was a sleekly designed, unapologetic sports car that looked fast at a complete standstill.

The car I saw in my hometown was a coupe version and wore the iconic fastback style that would become a trademark look for Detroit’s sportier cars a few years later in the 1960s during their fast and furious era.

However, the Jaguar XKE’s roofline was only part of its massive appeal. The front end of the car was an aerodynamic home run, complete with headlight covers that helped cheat the wind and followed the incredible bodylines on this remarkable car.

The first generation XKE looked ready for takeoff and it rocketed to the outer reaches of my car kid interest level in a big hurry when I spotted my first one as a youngster. Just for the record, I never abandoned Detroit’s finest during my early days of XKE infatuation, but I was run over by the British car’s striking style at the time.

The local car from my childhood was owned by a surgeon who was already a well-known public figure in my small community. The doc’s XKE elevated him to an even higher level of fame.

The Jaguar XKE was an automotive legend that impacted me in a big way when I was a kid because it was radically different from anything I had seen to that point in my young life.

Sadly, the XKE became chunkier and less appealing to me after the car shed its very cool headlight covers in favor of open headlights because of tighter, and decidedly ridiculous US laws at the time.