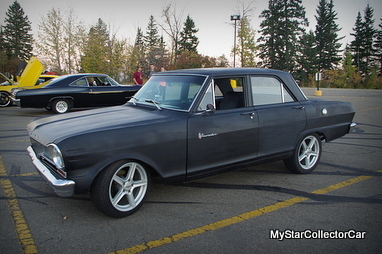 Kaley Zunino is not a typical owner of a 51-year-old car.

A 1963 Acadian Invader would usually be a choice for somebody who was born before ’63 and just wanted to relive some fond memories, but Kaley was born a few decades after 1963.

Her first car was a 1968 Acadian purchased by Kaley’s mother for her, but the car “never got on the road” , in Kaley’s words.

However, the car made enough of an impact on her to get her interested in the sturdy little Canadian compact from an era long before Kaley.

Kaley had a friend who owned the Acadian and was willing to sell the car to her about three years ago. Kaley’s boyfriend knew she would be very interested in the car and wanted the previous owner to remain silent about the car, but eventually she became the proud owner of the little Canuck car. 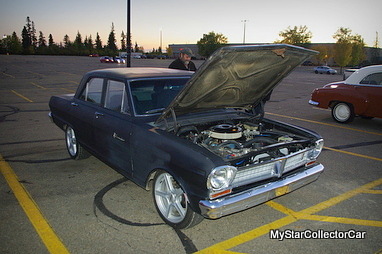 The Acadian required nine months of work to get it back on the road and Kaley was heavily involved in the process. She also wanted us to acknowledge the large army of volunteers who “came out of the woodwork” and were willing to help her get the Acadian back on the street.

The Acadian has been upgraded to a 305 small block and is hitched up to an automatic. It used to be a four speed car, but Kaley likes to drive the car as much as possible, so she leaned toward a practical driver in traffic.

The car pulls down about 26 mpg and will drive along very comfortably at highway speeds all day with its transplanted power-train.

As mentioned earlier, a young woman with a car from the John F Kennedy years is an unusual combination, so Kaley has gotten used to people saying “nice car man” to everybody but her, including her boyfriend. 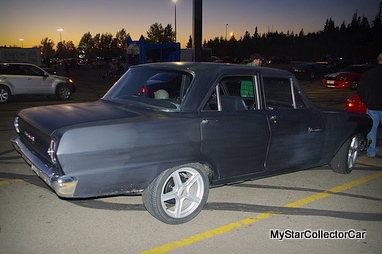 The world better get used to Kaley as the Acadian’s owner because she has no plans to sell the car. Kaley’s words; “I love this car because I had my hands on it and would never sell it. No chance.”

Kaley has bonded with her car in a big way through the process of making it road-worthy and her sentiments are very clear when she is around her beloved Acadian.

She adds that her boyfriend “always knows what to get her for a birthday gift -car parts.” Every seasoned car guy or car girl knows his or her project is never quite finished and Kaley is no exception.

The car serves two purposes for Kaley because she likes to take it to shows and she uses it as a commuter vehicle to get to work during the summer months. 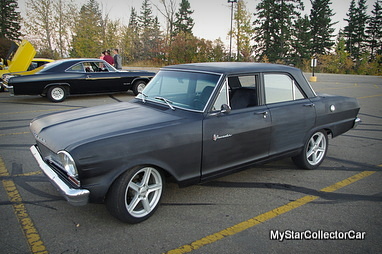 Any opportunity to spend time behind the wheel of the Acadian is quality time for Kaley, even it is simply to drive the car to and from work during the week. 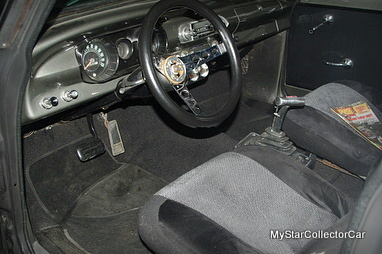 Kaley may not be a typical owner of a 1963 Acadian Invader, but she is one of the most committed owners on the planet and we salute her commitment to the car hobby.