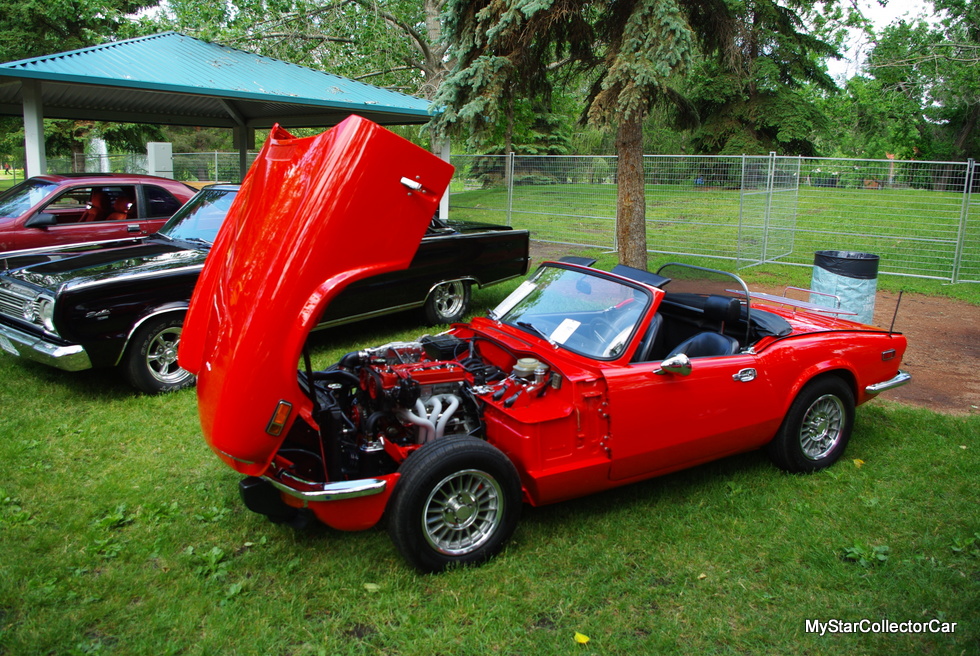 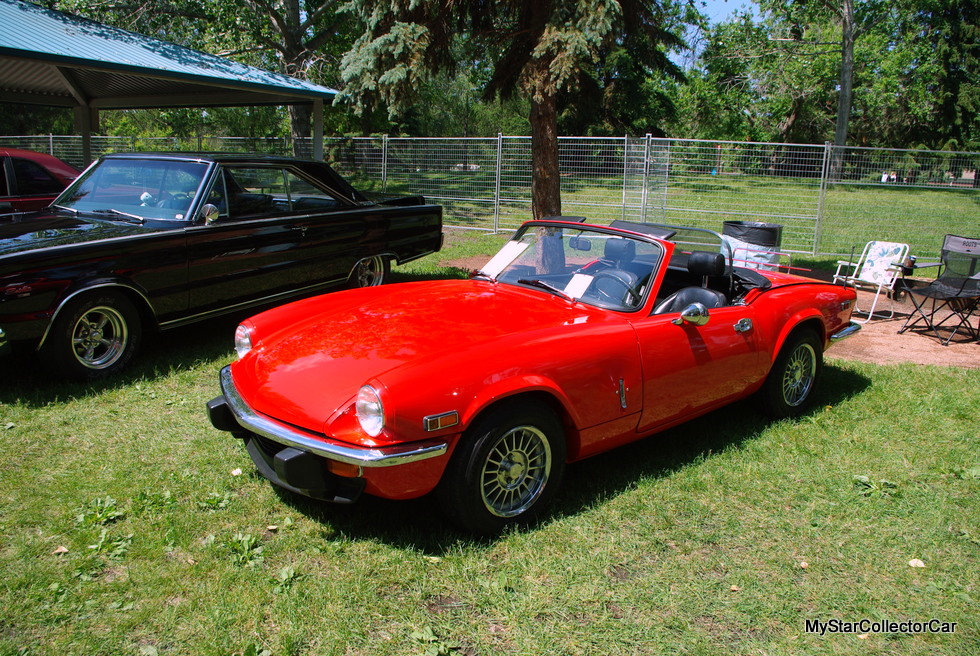 Mergers are the key to survival in today’s automotive industry and it extends across international borders.

The last twenty years have seen major mergers or some degree of cooperation between companies based in North America, Japan, Korea, China and Europe.

These mergers have been the key to survival in the highly competitive world of building cars but in some cases these mergers are done on a much smaller scale. 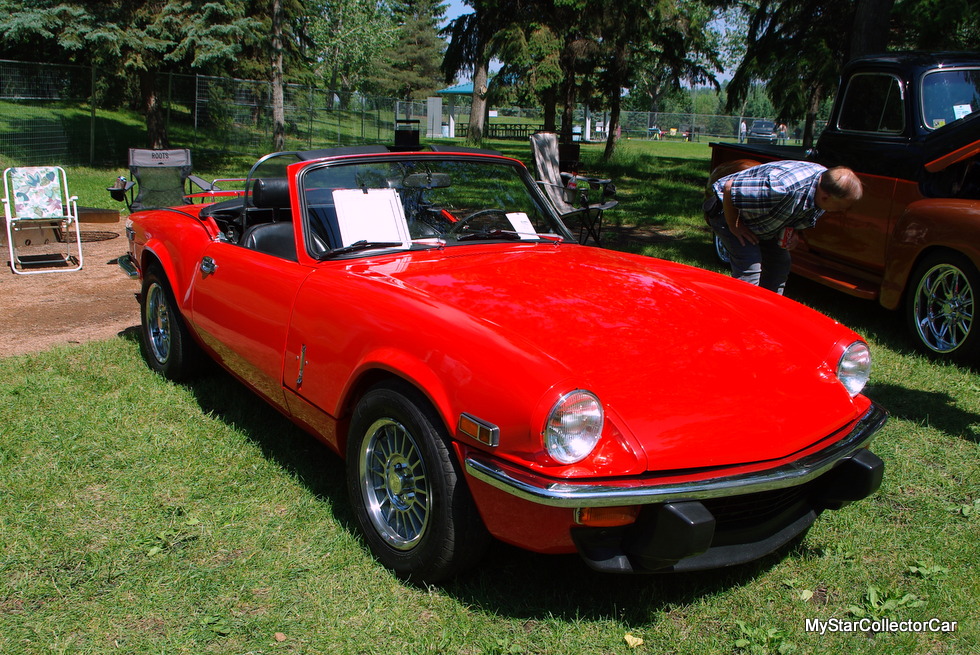 Harry is the proud owner of a multinational 1975 Triumph Spitfire. He bought the little British roadster back in 2003 and it saw plenty of action as a daily driver. Harry actually used the Spitfire on service calls even though the car wasn’t in great shape because he wanted to get a feel for what was required to take the Triumph to another level. 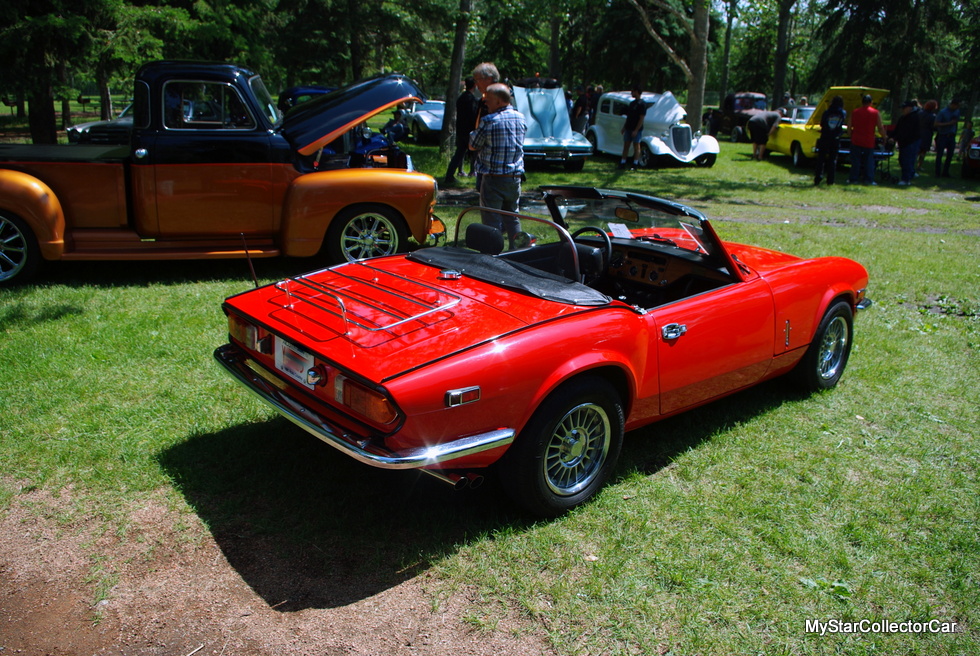 Harry said the “engine was shot and the body was full of holes” so he mapped out a realistic game plan for the Spitfire. He said he “did a little every year but kept it running in the summer and worked on it in the winter”. This was a solid strategy because every year he had fun with the car in the summer and improved it in the off season. 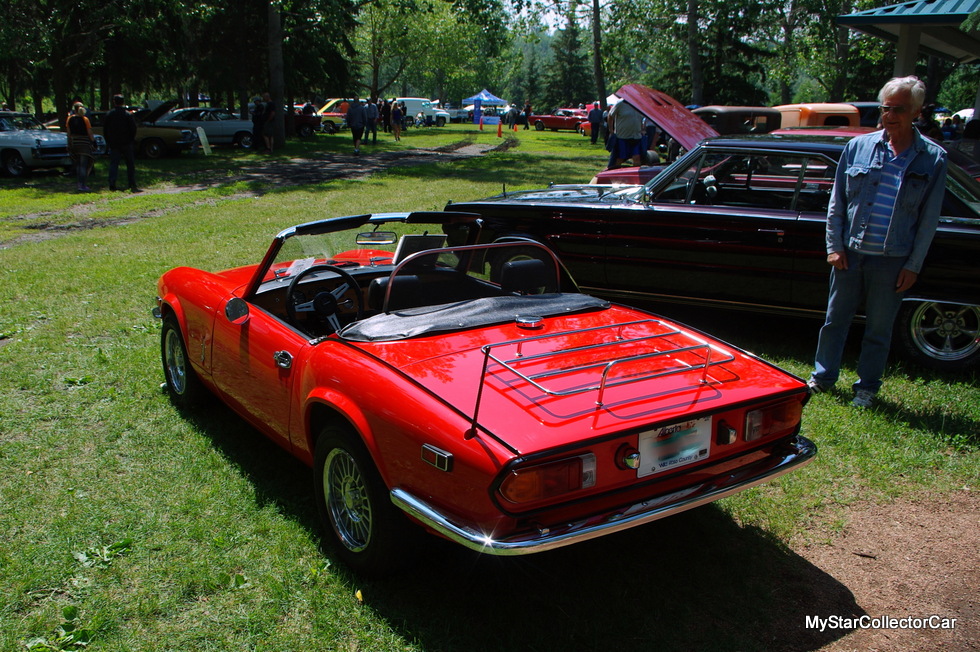 He reached a crossroads in 2006 with the drivetrain because it was in bad shape so Harry decided to head in a different direction (west) with a Japanese engine and transmission. He started measuring to use “whatever would fit” and he realized he could squeeze a 1988 Toyota Corolla EFI 4-cylinder under the hood of the little Brit. 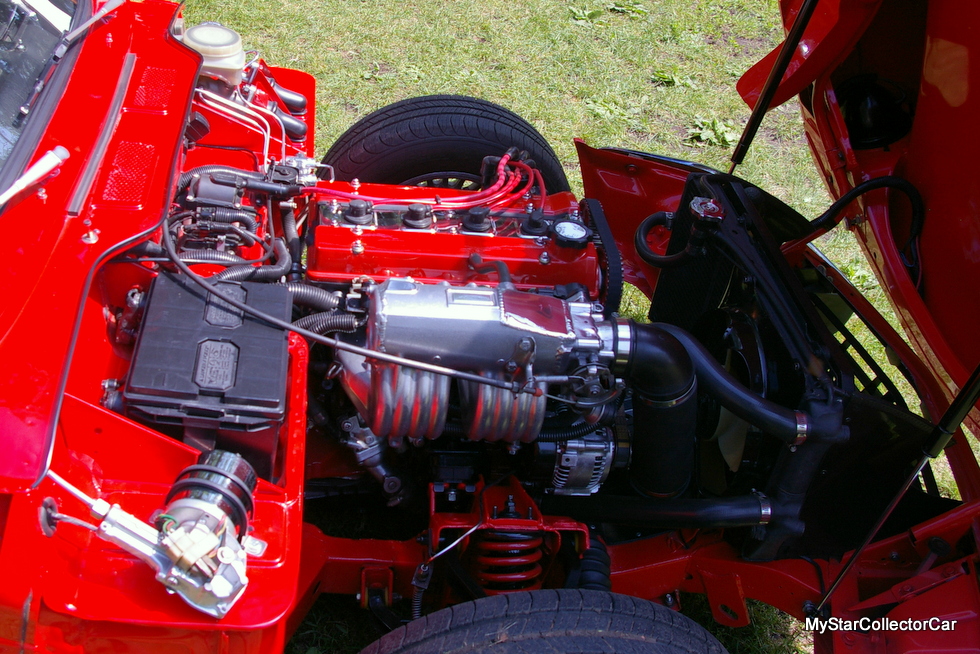 There were a few problems because the ’88 Toyota Corolla engine was transverse-mounted and front-wheel drive so he sourced out a 5-speed manual from an older rear-wheel drive Toyota. Harry did all this research the old-school way—he sourced all his parts at a wrecking yard and made the pieces fit. This retrofit doubled the horsepower so the Spitfire really woke up with its new Japanese heart. 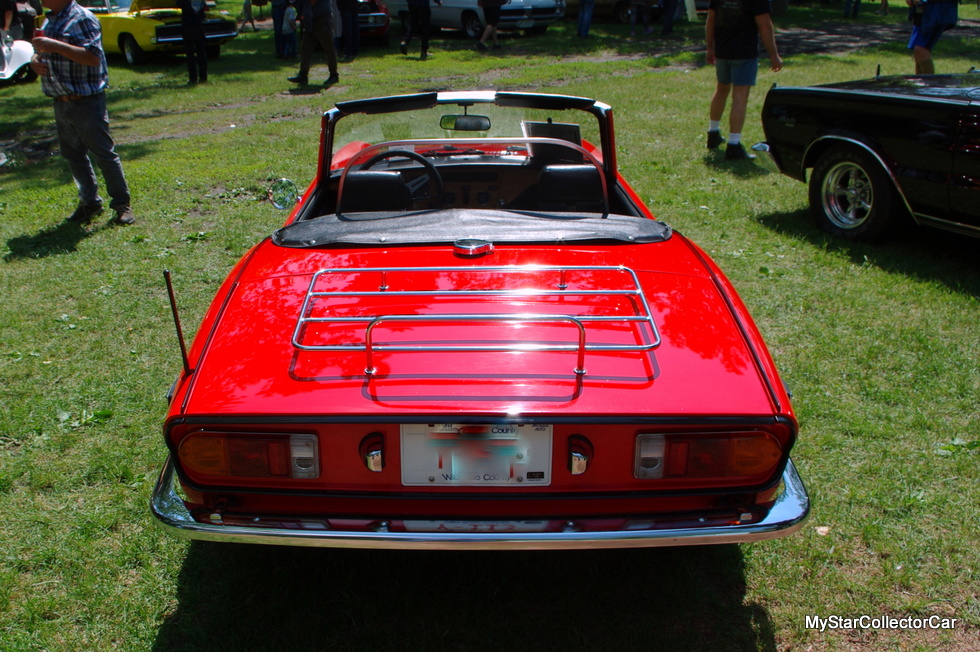 Harry did the swap by rotating the engine mounts plus he had to lower the suspension so the new engine would clear the hood. He had to modify the suspension because the lighter engine made the front end ride higher. Harry said the car was a little hairy to handle after the modifications because of bump steer so the geometry of the front suspension became a work in progress.

The Triumph still retains its British heritage but the list of parts under the hood tells a story with many different chapters. The fuel pump is from an ’88 Merkur; the air filter is ’91 Mazda; the radiator fan is ’76 Celica; the hood struts are from an ’86 Nissan Multi—there’s a huge list of parts from other brands including the ’63 Corvette rear shocks. This was a true junkyard build. 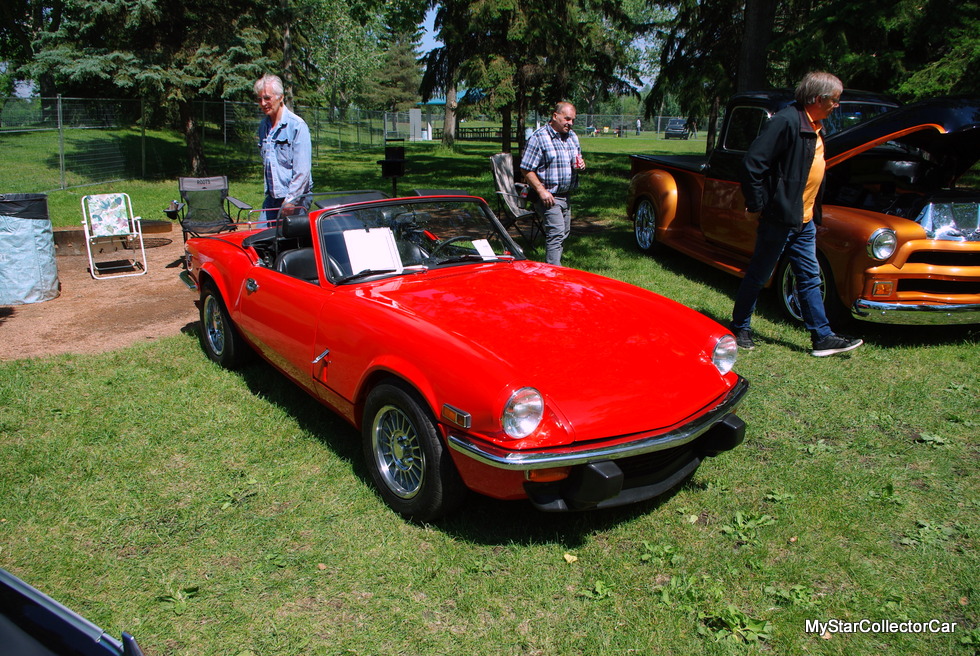 Harry likes the Spitfire’s new power range but he drives it at a respectable speed on the highway so occasionally a massive semi will crowd the little car—that’s all part of the open air adventure. 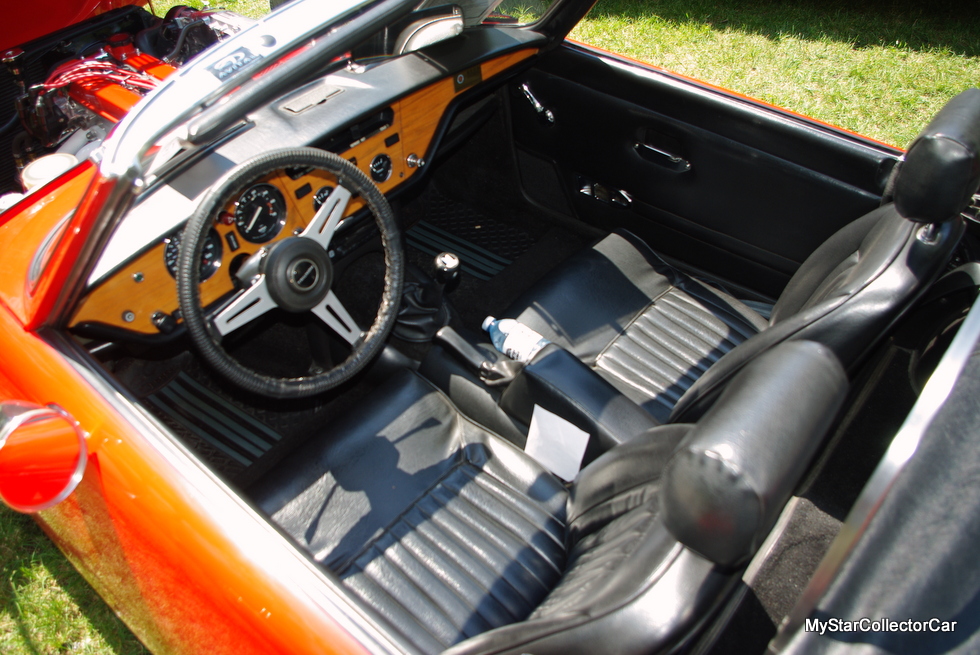 This may be one of the smallest  automotive mergers ever done but Harry and his Triumph are the largest merger in the world of fun behind the wheel.