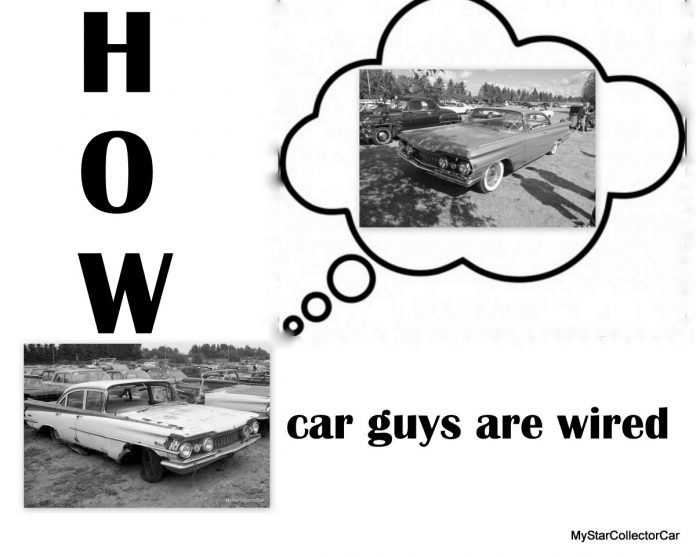 The old car hobby is based on the theory that nothing made in the last 40 years has any real appeal because there’s no soul in a brand-new Kia—or any other SUV-ish vehicle.

It’s not the Kia’s fault because the Kia was purpose built to get its owner from Point A to Point B comfortably, reliably, and efficiently.

Nobody said it had to BE cool.

That would be a car guy assessment of the Kia SUV, but 98 per cent of the population would disagree for one simple reason—they’re not car guys. The SUV is their default position and if you take a random survey in any parking lot, you’ll see how many people agree that a bland, cookie-cutter vehicle called a Sorento or Sportage makes sense.

I don’t want to single out Kia—random manufacturers make fleets of SUVs in every part of the world– even if they pay the same guy for the same profile on every SUV. That’s how it works in 2022. You want to be the original SUV design guy because all your work was done 20 years ago—now you’re just cashing in on the royalties.

Car guys see the SUV as a necessary evil because Kia Sorentos are the automotive equivalent of a Big Mac, but Kia Sorentos also have an undeniable practicality—just like a Big Mac. You can’t say the same about a ’59 Olds.

Car guys are the anti-Big Mac guys. They don’t buy into the hype or the advertising, so they go home and start working on that basket-case ’59 Olds. Not because it’s the smartest or most practical thing they can do—they save that Olds because it’s the right thing to do.

They know if they resurrect a forlorn, 62-year-old car, they’ve done society a huge favor because without their intervention on a rusty Olds, we’d be left with streets full of SUVs. You’re officially at the point of no return when that happens—the living would envy the dead.

Car guys go into these projects knowing all the risks. That ’59 Olds project is going to be a costly, bloody exercise that will put serious pressure on relationships, plus it will lose money.

Try telling your wife you don’t have the time or money for upgrades to the house—or tell your kids their college dream is going to sacrificed for NOS fenders and re-chroming bumpers. You’re going to end up living in a rented garage—just big enough for your cot and a ’59 Olds.

There isn’t a car guy in the world who wouldn’t see the merit in that outcome because what genuine car  guy doesn’t recognize the sheer beauty found in a resurrected refugee from the Cold War era? That doesn’t mean most car guys wouldn’t take the project so far it blows up a family, but they would definitely follow the logic behind such a scenario.

We can’t all be big Mac fans.