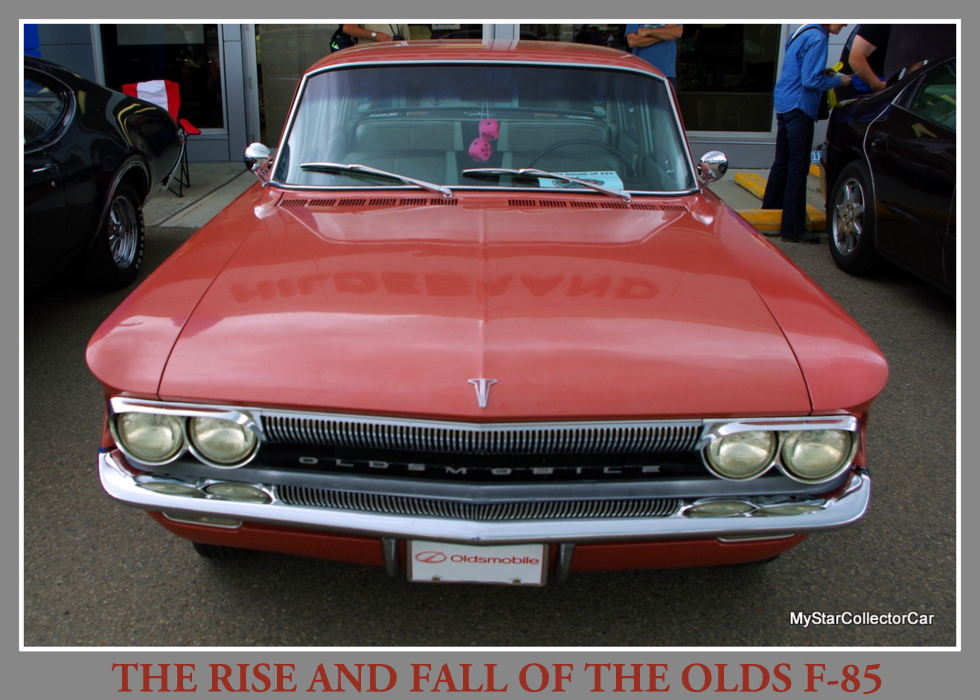 The Olds F-85 debuted in time for the 1961 model year in North America.

Its name was likely an offshoot of the jet age when domestic car manufacturers liked to attach supersonic names to their products.

The first generation Olds F-85 was smallish by Detroit car standards at the time and labeled a compact in North America’s automotive circles. 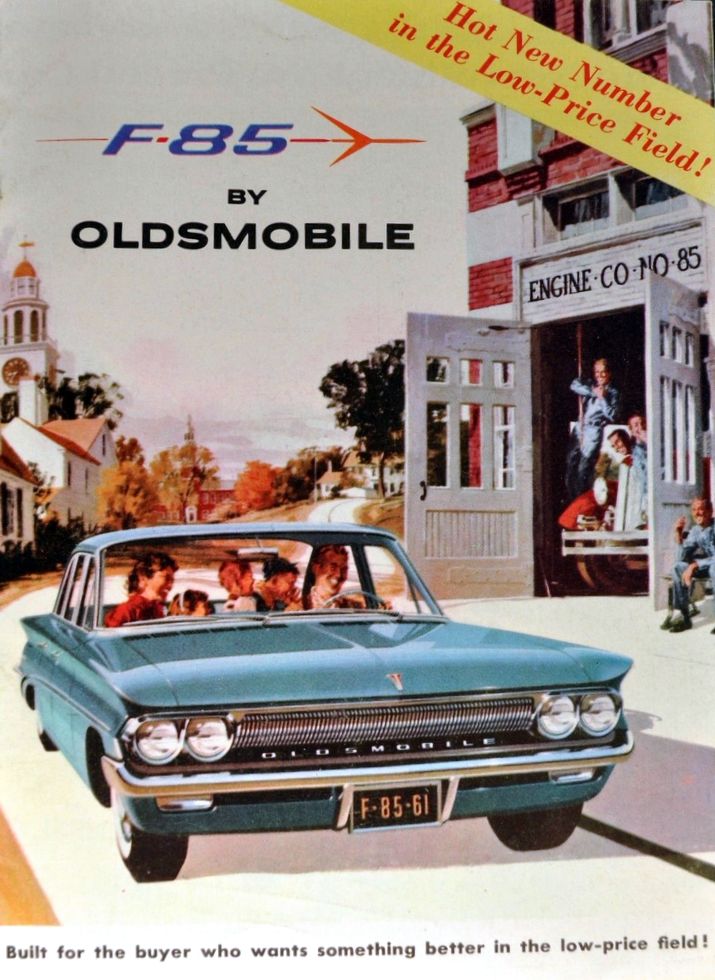 The F-85 was actually a large compact because it rode on a Y-body chassis (one of GM’s early uni-body designs) with a 112-inch wheelbase that tested the boundaries of the compact car designation. Initially the F-85 was only offered in sedan or station wagon models, but the lively little V-8 engine option under the hood offered surprising performance to its owners. 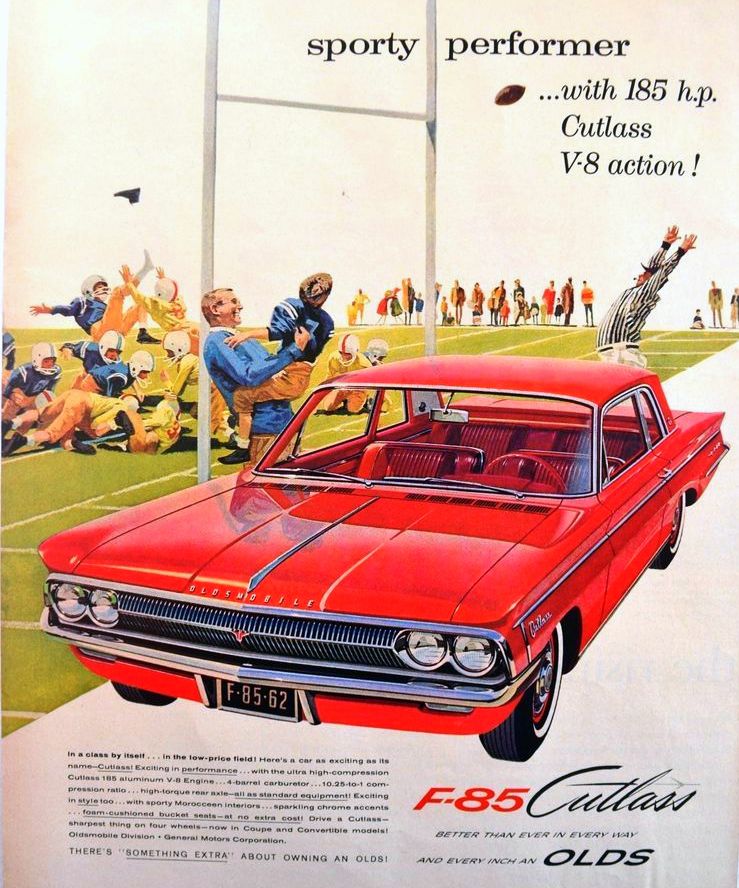 The dawn of the compact General Motors car era was made famous by the Corvair debut, but the iconic rear-engine/air-cooled Chevy Corvair (and VW Bug exterminator) shared a basic Y-body platform with its stablemates; the Pontiac Tempest and Olds F-85. 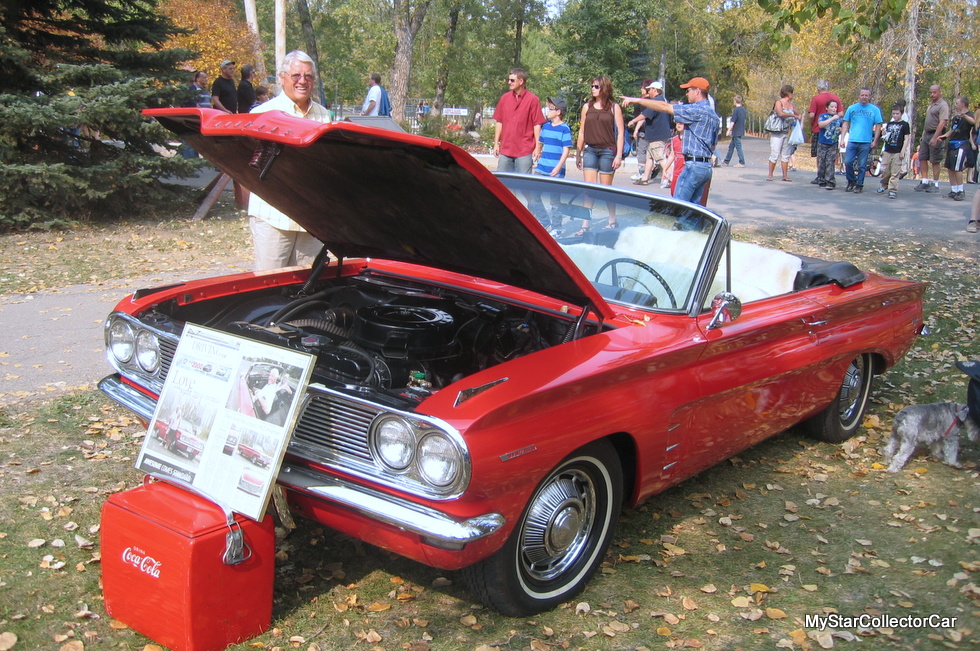 The major difference was the 215 aluminum small block V-8 located under the hood at the front end of the F-85. The F-85’s little V-8 was also water-cooled and was available with a 4-speed manual transmission upon request. 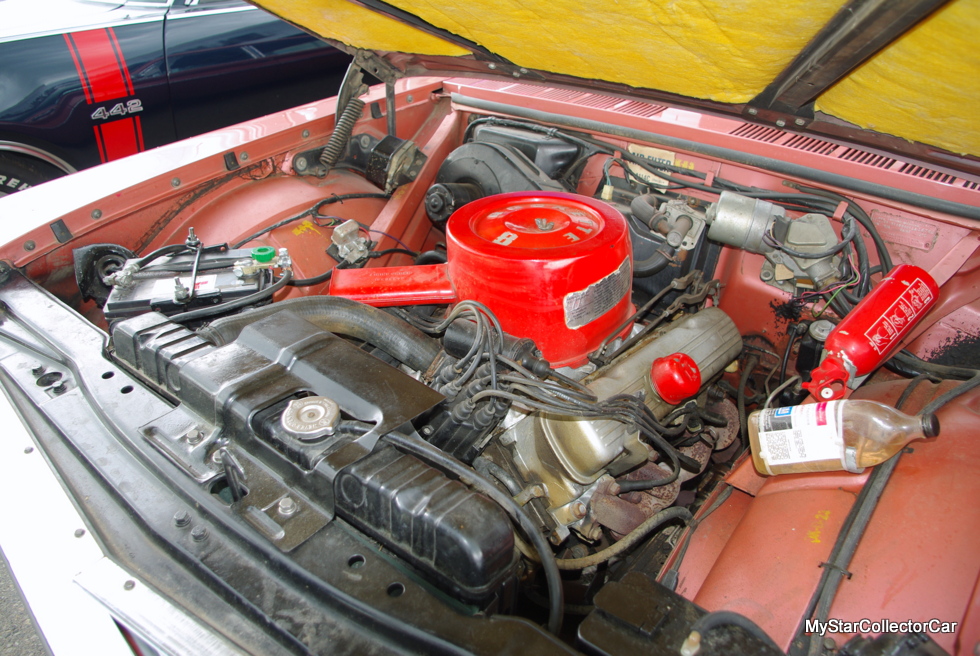 The nimble little F-85 was intended to reach buyers who wanted to own an affordable Olds that delivered economy and luxury in a smaller package.

However, it became clear the Olds F-85 also delivered sporty performance upon request by its owners. The car’s coil springs on all four corners of the F-85’s undercarriage also delivered a more comfortable ride than a typical compact car from that era.

The Olds F-85 was a designated model name in 1961 and lent its label to the development of the famous Cutlass model because they share a common lineage. The Cutlass handle allowed Olds to spread its wings with the F-85 model and cultivate the sportier image of the compact Oldsmobile models. 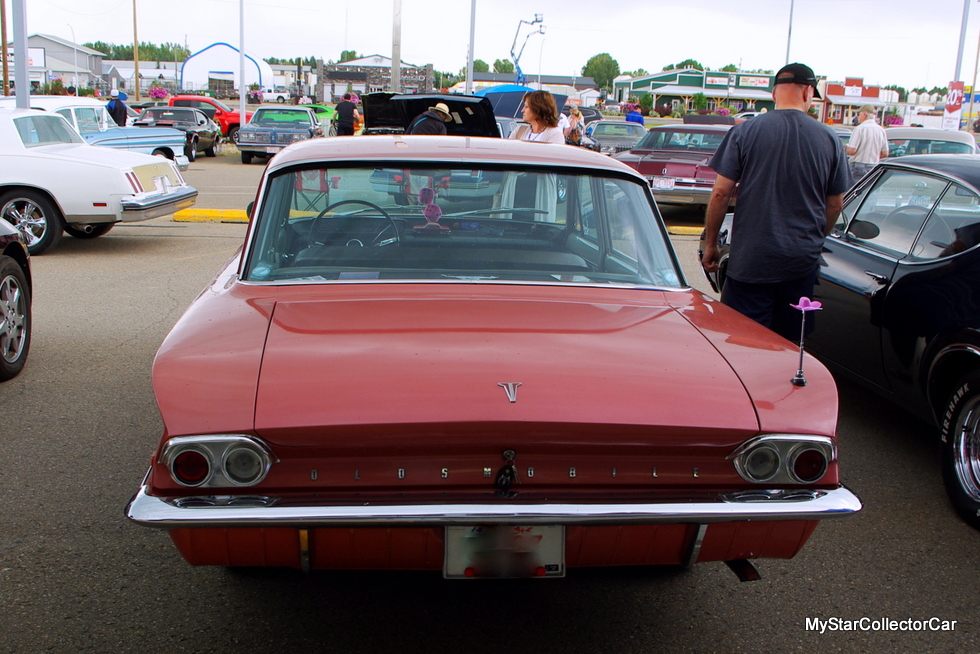 Eventually the Cutlass models would gain their own standalone identity, but the F-85 and Cutlass models were very intertwined during the first generation from 1961 to ’63. 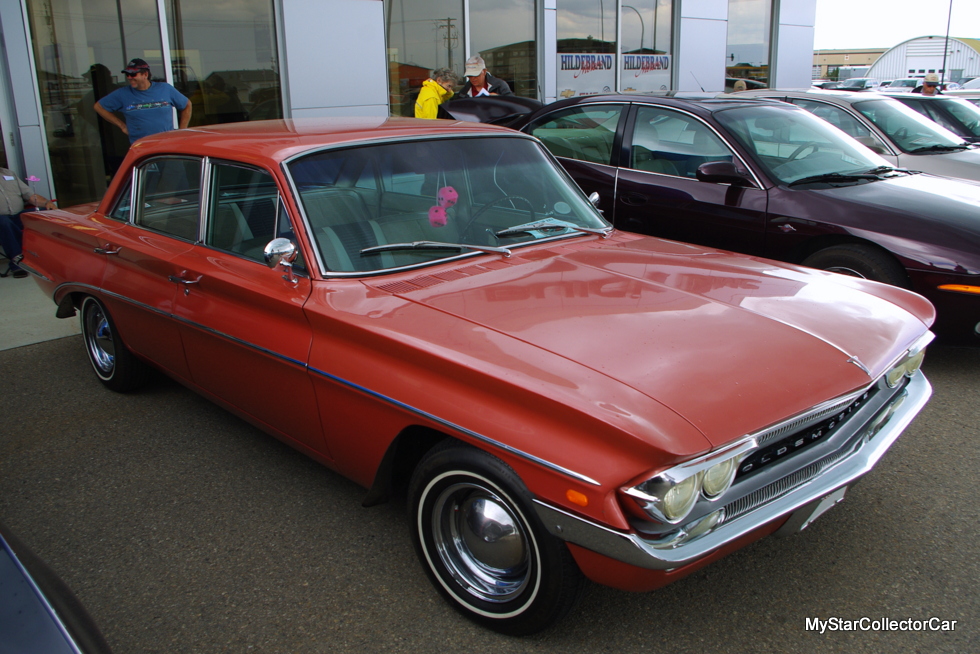 One thing was obvious during the initial production run of the F-85: it was a game-changer for the Olds division at General Motors because it flew directly in the face of the Olds tradition as an upscale land barge.

The era of the Olds F-85 as a pioneer entry into the North American compact car market only lasted three model years from 1961 to ’63. In fact, the 1963 Olds F-85 was about 4 inches longer than the 1962 versions on the rear end while still retaining its 112-inch wheelbase. It would be fair to say the longer 1963 F-85 became a precursor to its major dimension shift in 1964. 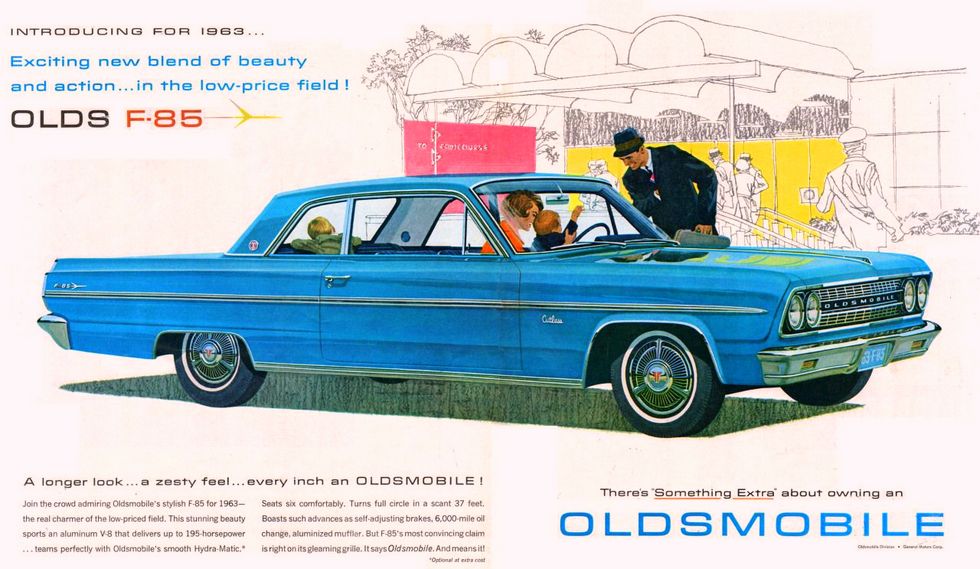 Consequently, all bets were off by 1964 when the Olds F-85 grew into an intermediate model and forced the first-gen compact models to crash and burn because of GM’s size expansion game plan for the newest F-85 models. 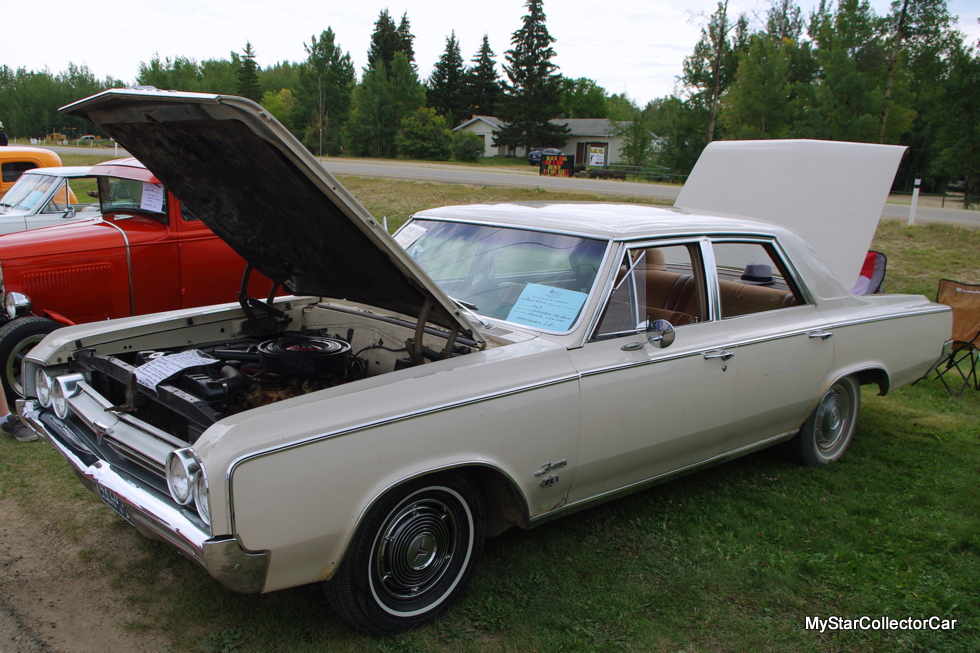 Nevertheless, the little Oldsmobile with the stylish jet age name would secure its place as a very cool compact in the annals of domestic automotive history and the car hobby.