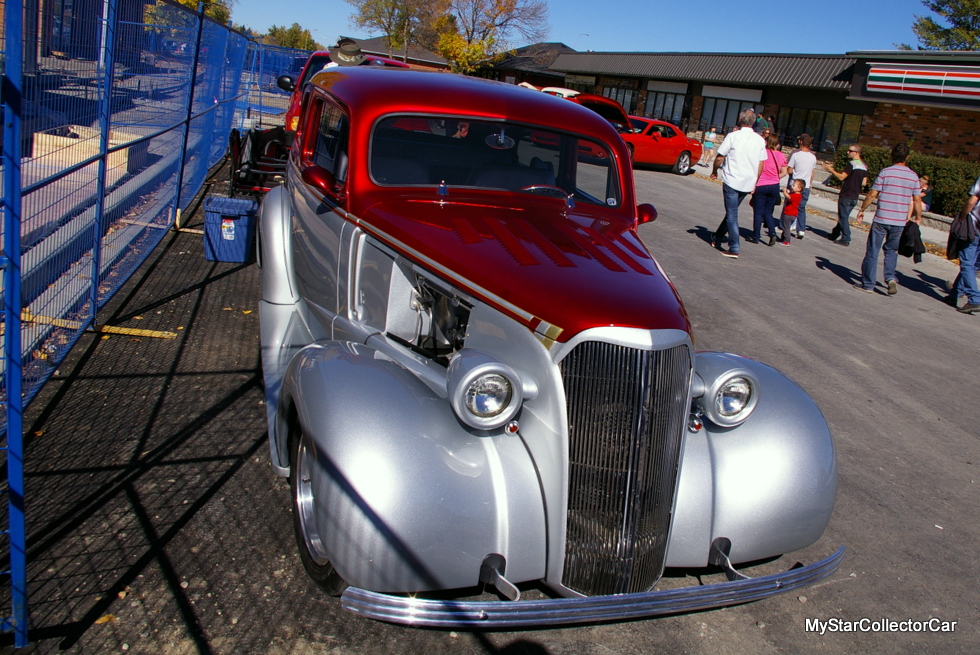 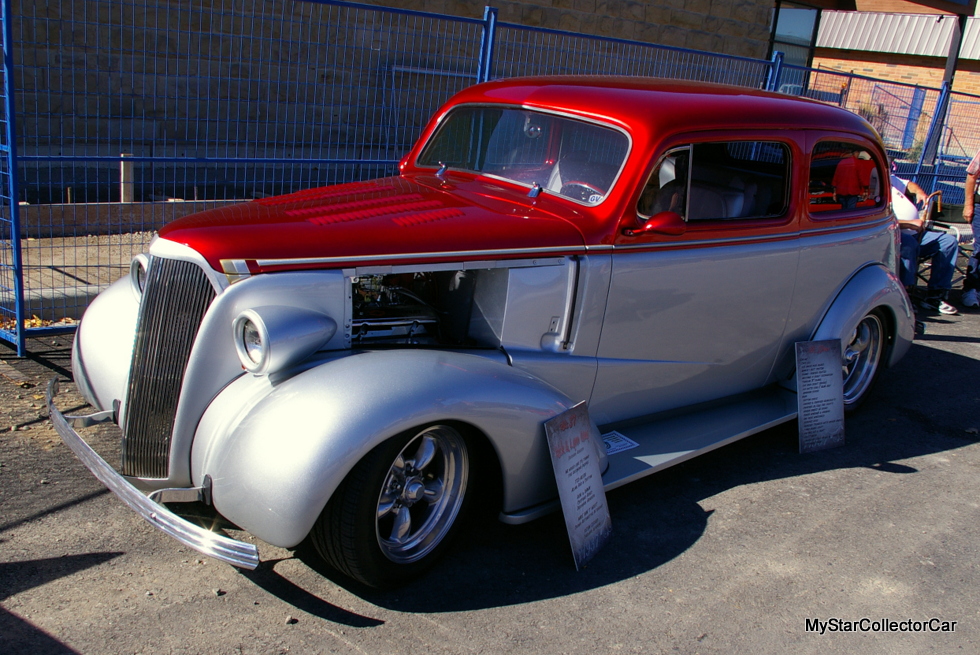 There is always something very cool about a pre-war custom ride.

The style of a Depression-era car lends itself to a world of creative choices for a car guy with talent and imagination.

A 1937 Chevy two-door sedan got plenty of attention at a show because this custom ride was a great example of what happens when talent and imagination come together in a project. 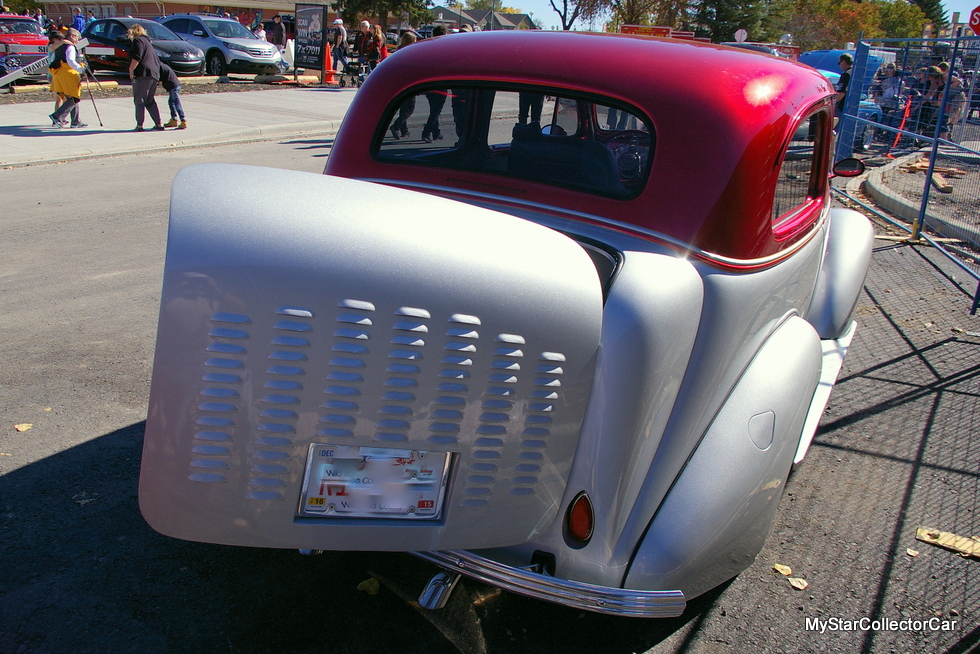 Everything about the Chevy was perfect-from the custom front grille to the rear trunk lid that opened sideways like a door in a house.
Rick and Lynn Way were the proud owners of the ’37 Chevy and Rick explained how he was challenged to get their car on the road. His car guy buddies told Rick he was “never going to finish it” and Rick rose to the challenge.

Rick had the car for about 20 years and dabbled in the project for about 18 years before his car guy buddies lit a fire under him with their comments.
Inspiration comes from many angles in the car hobby and Rick’s inspiration was to prove his buddies wrong when it came to his custom Chevy. 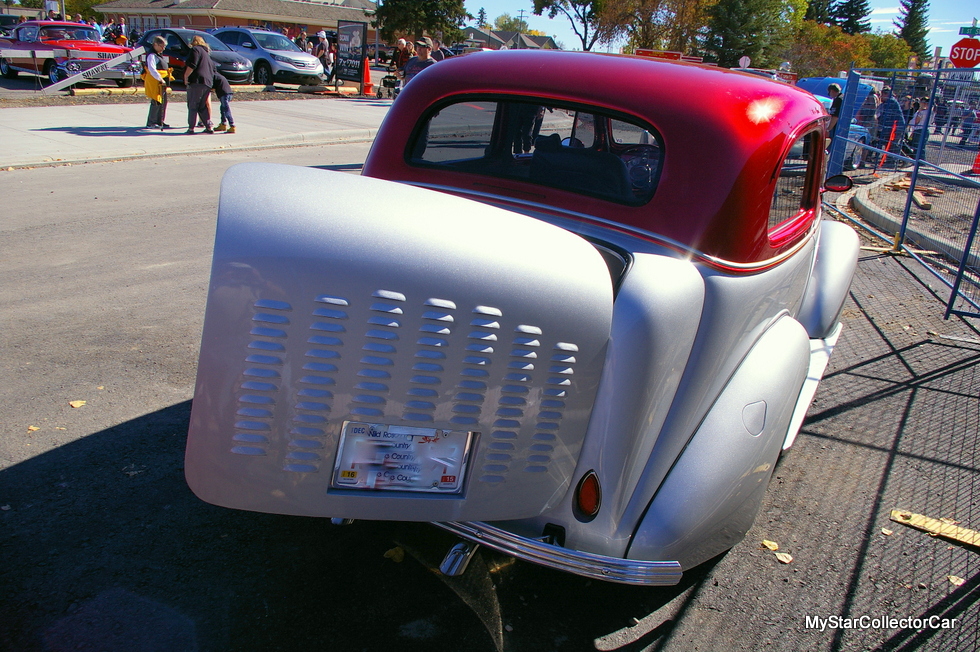 Rick has been a licensed mechanic for many years so he applied his skills to the project. He also has enough connections in the automotive industry to add their expertise into the mix when it came to specialized work like tweaking the 700 R-4 tranny in his Chevy.
The ’37 now sports a 350 small block Chevy engine and a Ford 8″ rear end. Many car guys use this combination in projects and Rick followed a tried-and-true path for his project. 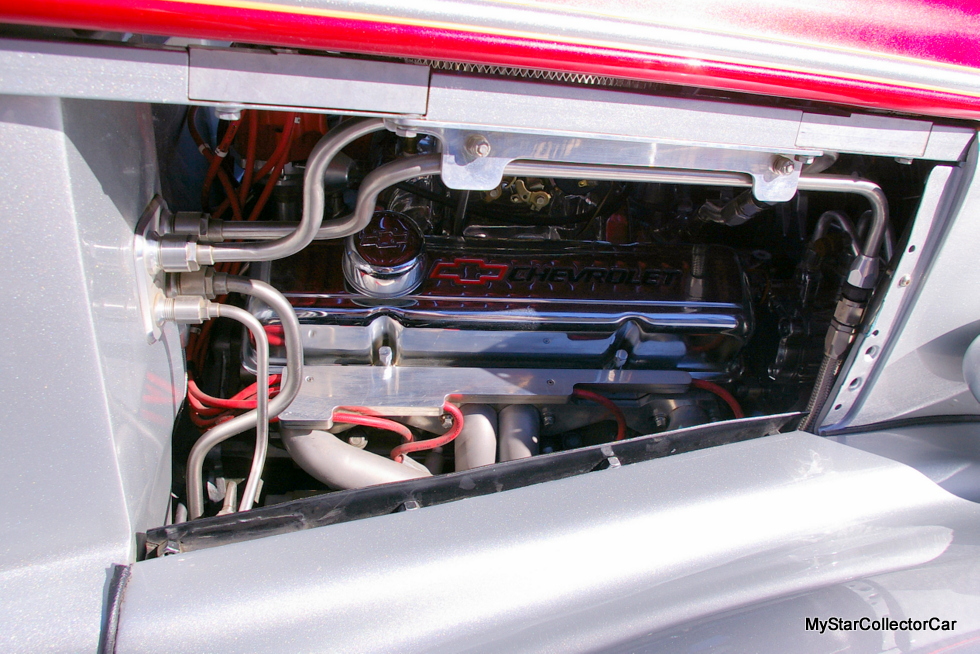 One of the fundamental principles of a good custom build is to improve the factory look on the ride and Rick took this approach for his ’37. He made the all the hinges disappear on the Chevy, including the new side-mounted hinges on the custom trunk and the door hinges.
The result was a cleaner look for the pre-war Chevy which added to the overall style of the car. He also frenched (i.e. moved the headlights inside the housings) on the car to give it an even cooler look on the front end.
Rick also added a one piece windshield to his Chevy to enhance the custom look on his car. The subtle cosmetic changes really work because they showcase the late 30s body style on the car and add a modern twist.

Rick’s two-tone paint job is also perfect for the style of his Chevy custom because it accentuates the cool pre-war look of the car. He added a 3rd brake light on the back end as a safety consideration for his custom Chevy.
The Chevy’s interior is a complete custom makeover adds both comfort and style to the car. Rick also added an aftermarket air conditioning and heat package to the car to enhance the comfort factor. 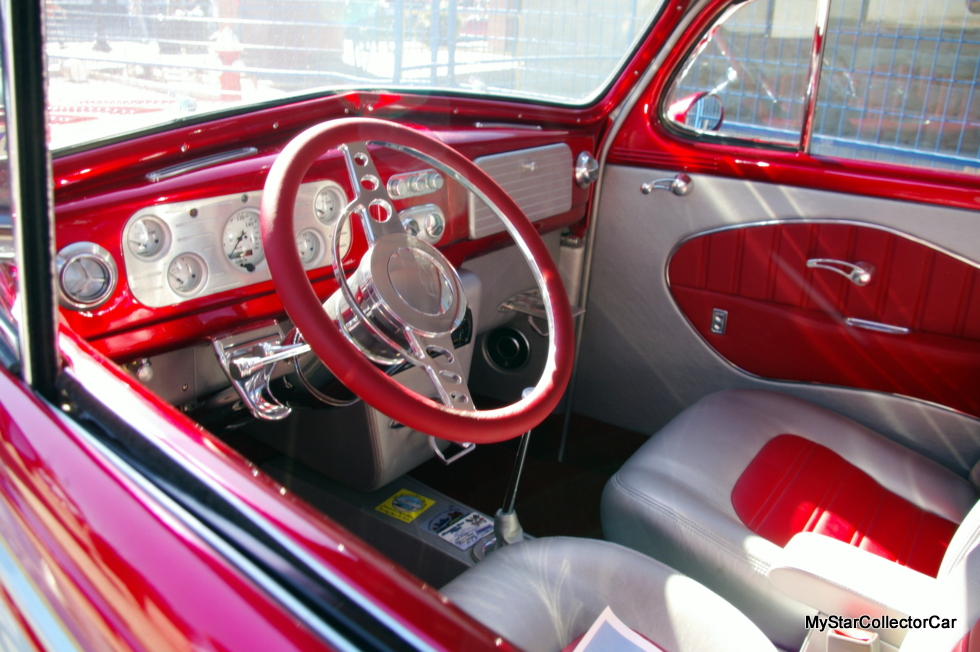 The car also has an upgraded steering and suspension package to handle modern roads, including coil-over front shocks. 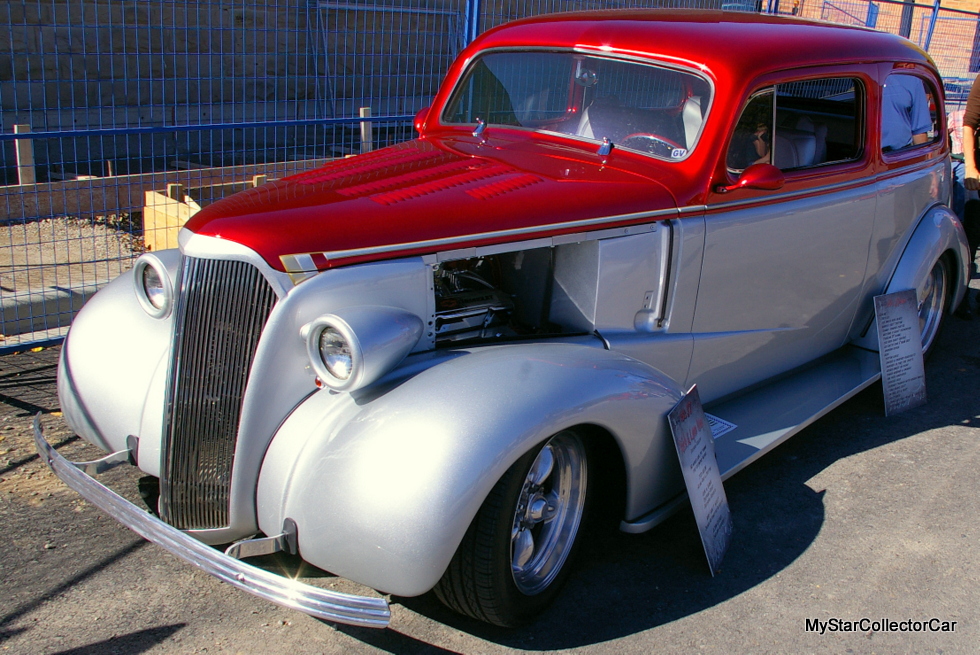 Ribbing from car buddies may have played a role in the completion of this custom Chevy project, but the result is a car that makes Rick very happy that he proved them wrong.