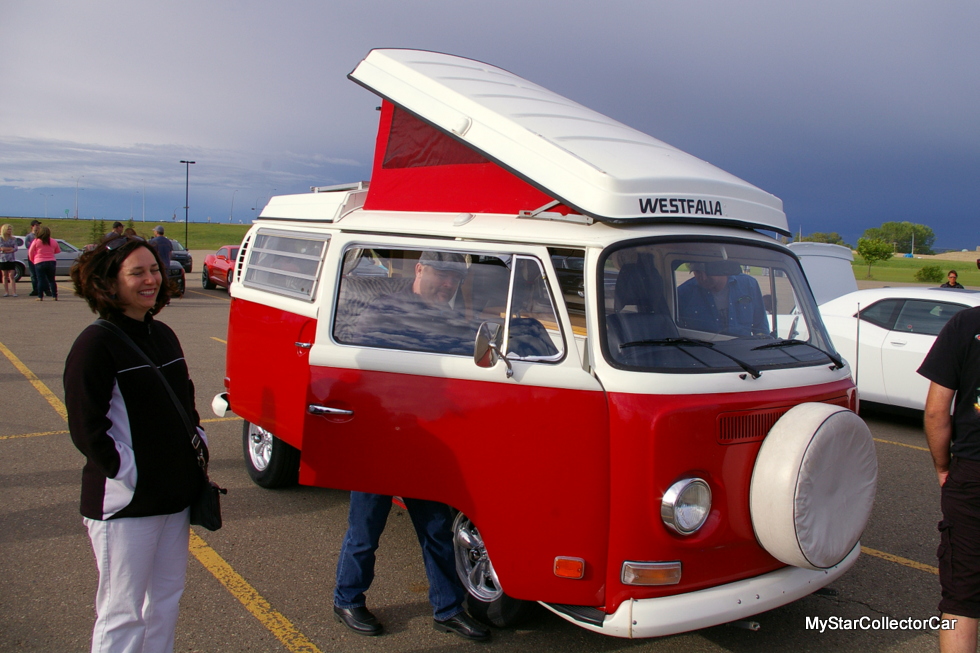 The Volkswagen microbus became a legend during the Sixties because it was the free-spirited flower children’s favorite form of transportation.

You could stuff a lot of hippies in a VW van and hit the open road with plenty of like-minded people on those 60s-era road adventures.

‘The lure of the open road in an under-powered passenger van meant there was plenty of time to get to know each other on the magical mystery tour to Woodstock.’ 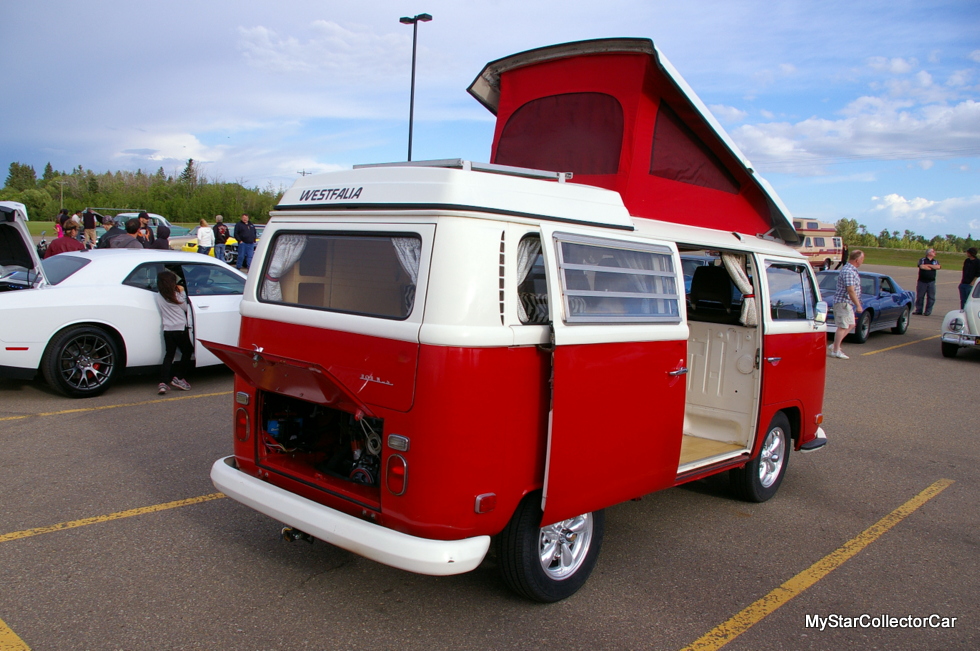 The Westfalia versions of the VW vans were an early version of recreational vehicles when they were introduced in 1951. The Westfalias offered a low cost form of four-wheeled camping and were an inexpensive way to take a summer holiday-if you had plenty of time. 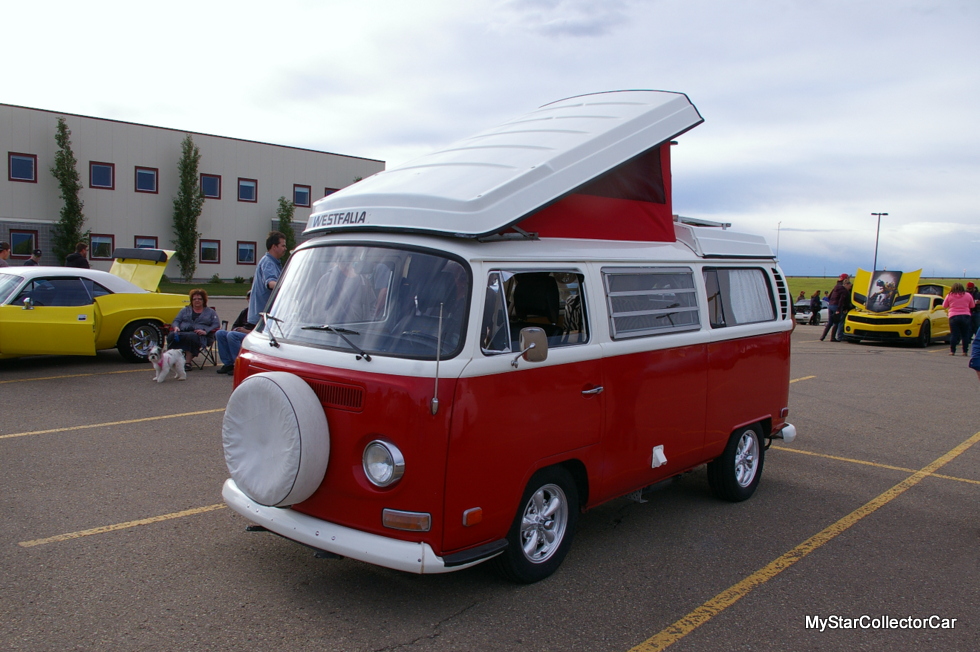 VW vans had the famous air-cooled engine found in the Beetles and the motor was also located at the rear of the vehicle. The vans were bigger and heavier, but had virtually the same horsepower as the Beetles.

The VWs have always had a large fan base in any configuration and Karen Carle is one of the fans. Her 1970 Volkswagen Westfalia camper van was sold a year after the famous Woodstock music festival and Karen is too young to know much about a 47-year-old event, but she loves her VW camper van. 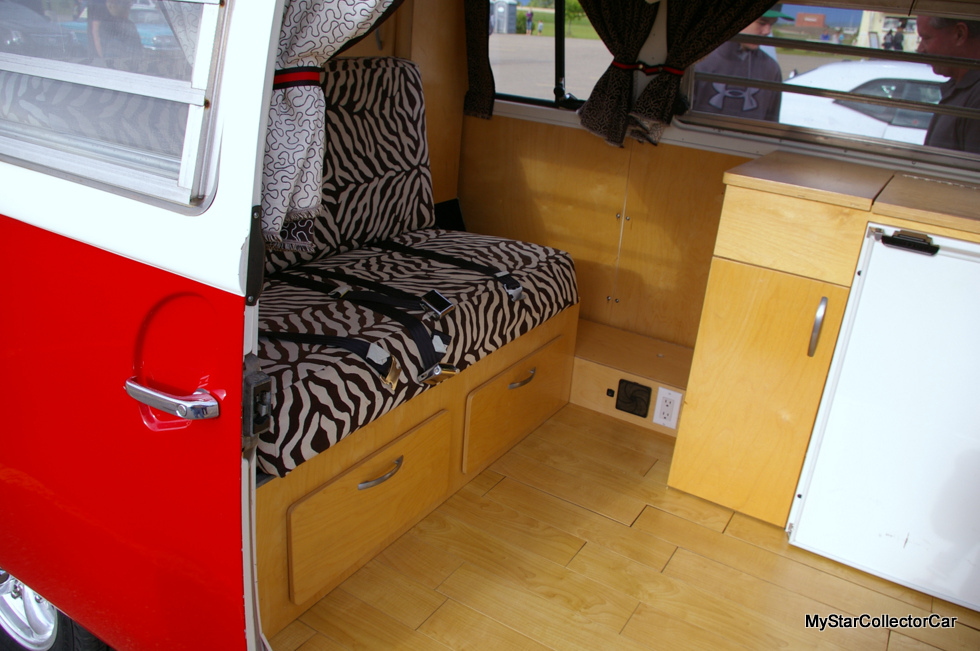 In Karen’s words; “I always wanted to own one”, and her wish came true this spring when she spotted one for sale in an ad. The problem was the 1970 Westfalia was on the other side of the country in Quebec, a province where French is the most common spoken language for many of its residents. 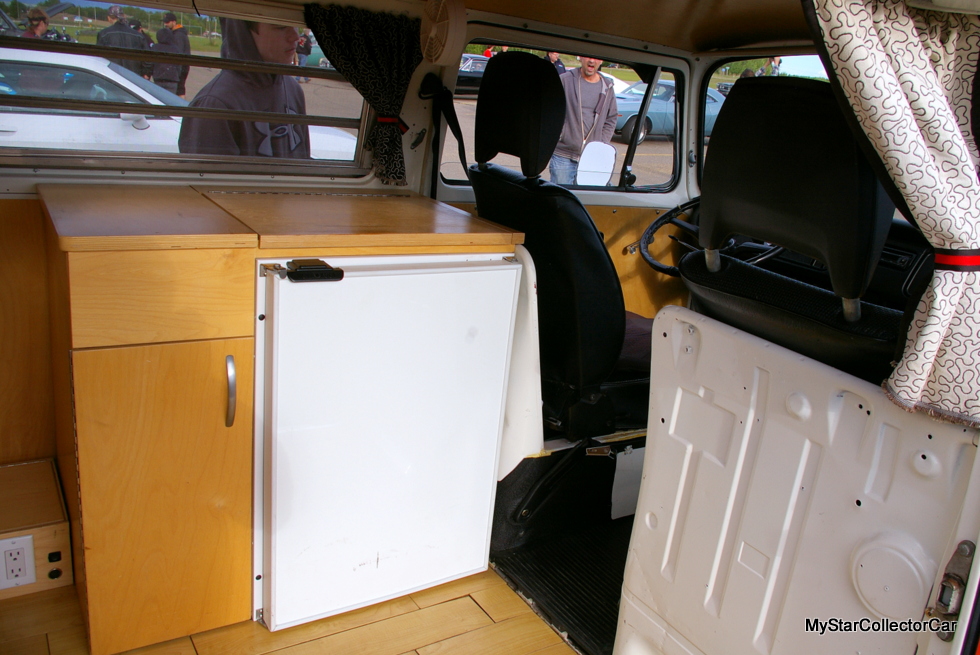 The solution was actually pretty easy for Karen because she was a former Quebec resident and was fluent in both English and French. She also had a friend who was well-versed in cars and was willing to take a close look at the VW camper. 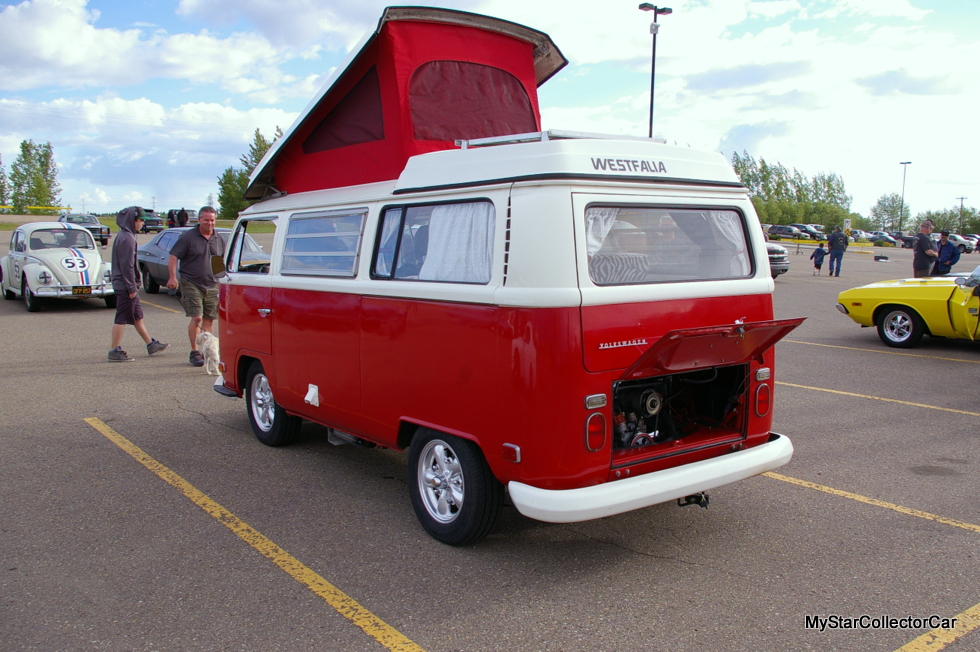 Her friend gave the VW bus a thumbs-up and Karen made a fast decision to buy the vehicle of her dreams. In fact she was immediately contacted by another interested buyer who offered her more money to sell him the little camper bus. 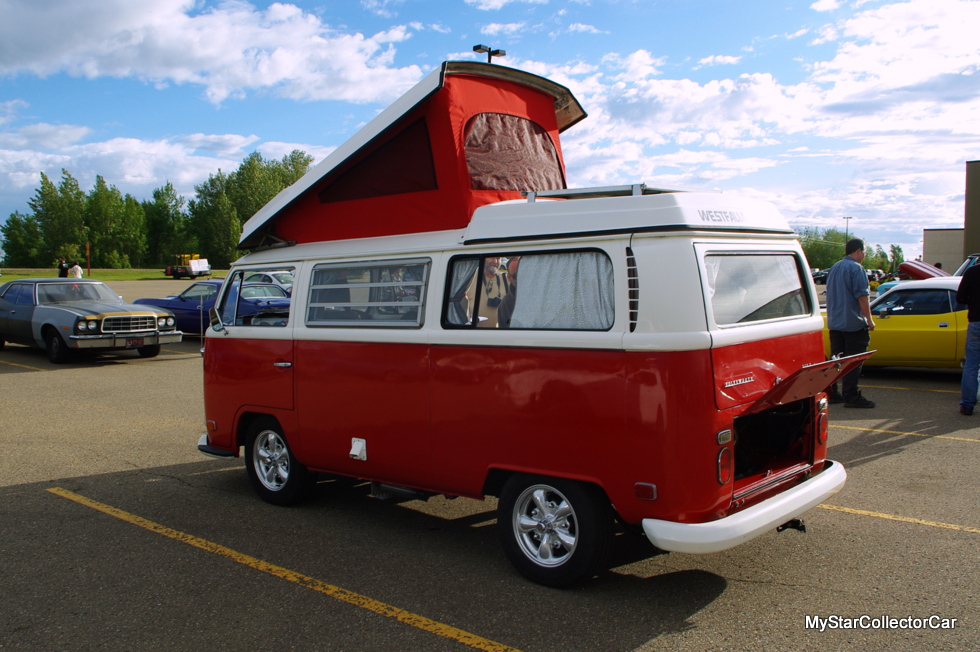 Karen declined the offer because she had finally acquired the ride of her dreams and knew the price for these VWs has climbed dramatically in recent years. The bonus was the van’s color because told us “red is my favorite color”, so the prospective buyer was out of luck when it came to Karen’s VW. 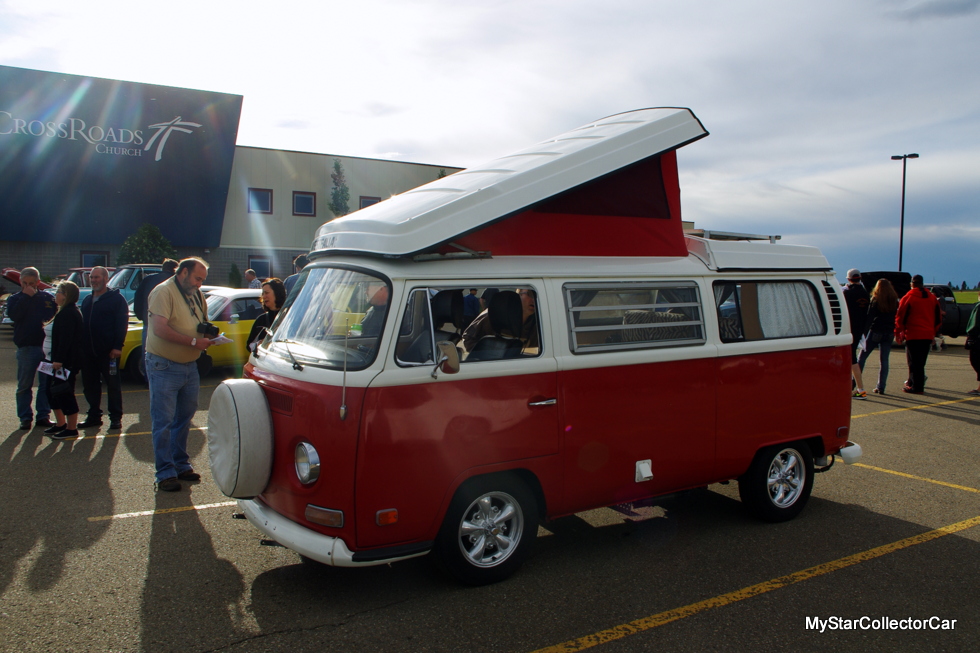 The VW underwent a major restoration 4 years ago and has gained greener electrical energy source with its rooftop solar panel. The panel is connected to a deep cycle battery which can store enough power to run the fridge, fans, interior lights and radio in the camper. 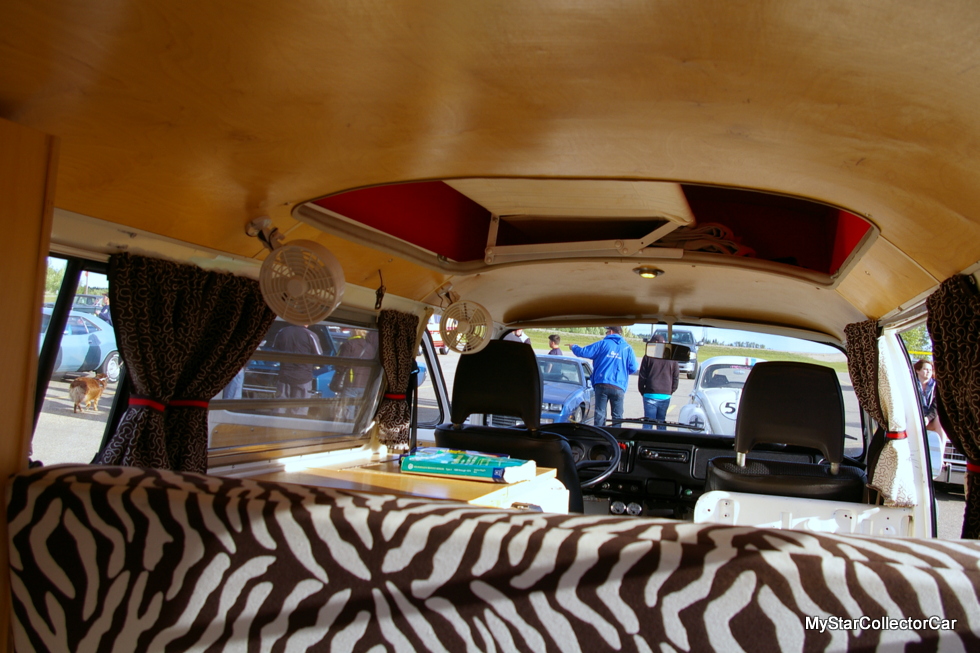 Karen picked up the van from its delivery to a city about 90 miles from her city and drove it back on a major highway. In her words, “nothing was working electrically”, so the trip back home on the busy road was more of an adventure than she wanted, but she got it back in one piece. 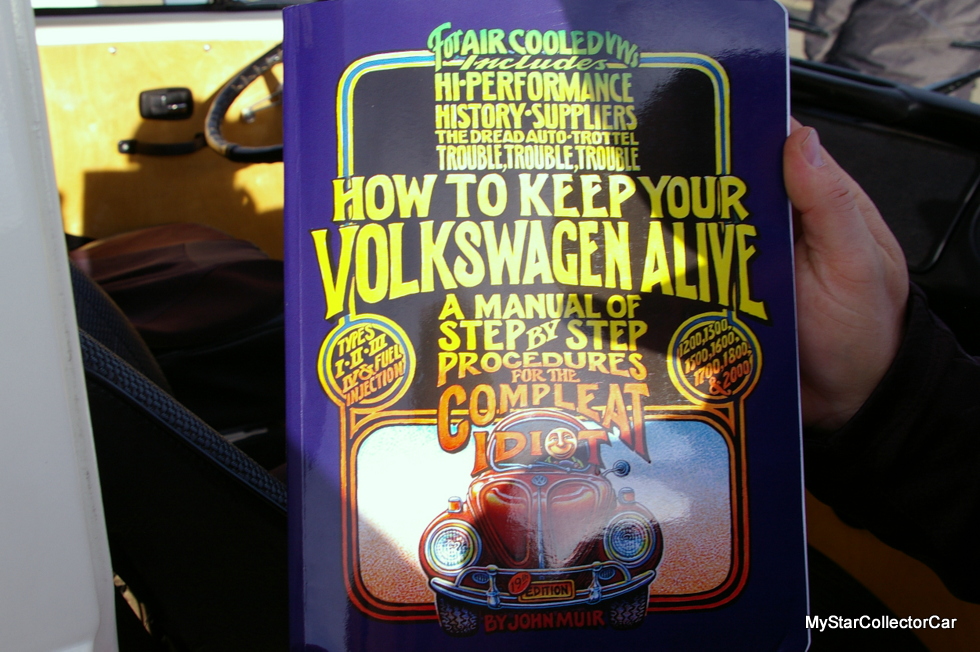 The engine has a few more horsepower than the stock version because of its dual carb add-ons and bored-out cylinders, but the VW is still not a race machine. 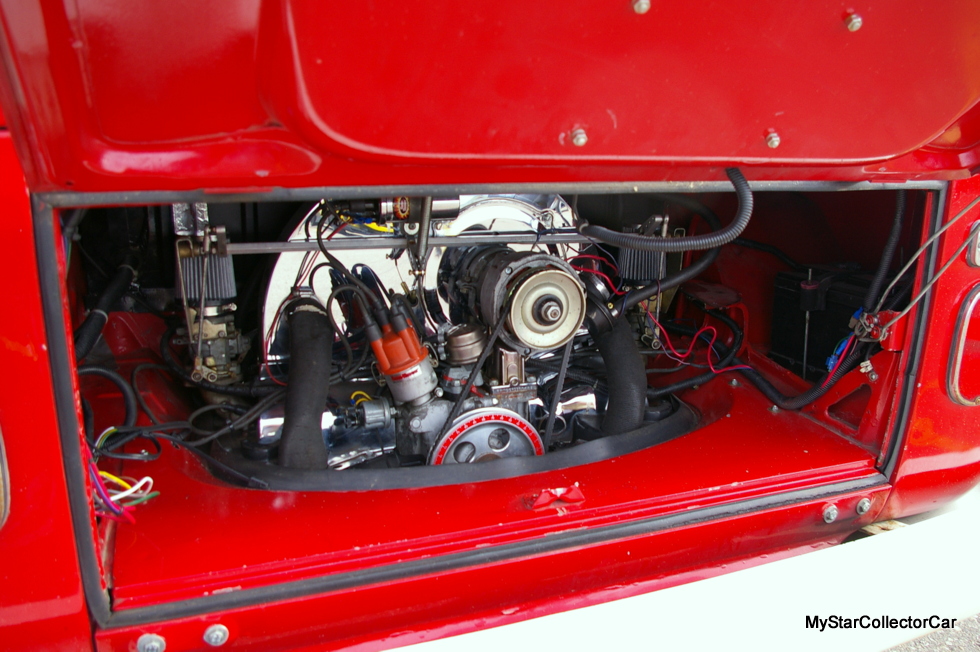 However, it does keep a steady pace on the road and Karen used it as a camper this summer. Her plans included a trip into the Rocky Mountains and she is excited about future adventures in her classic VW camper van. 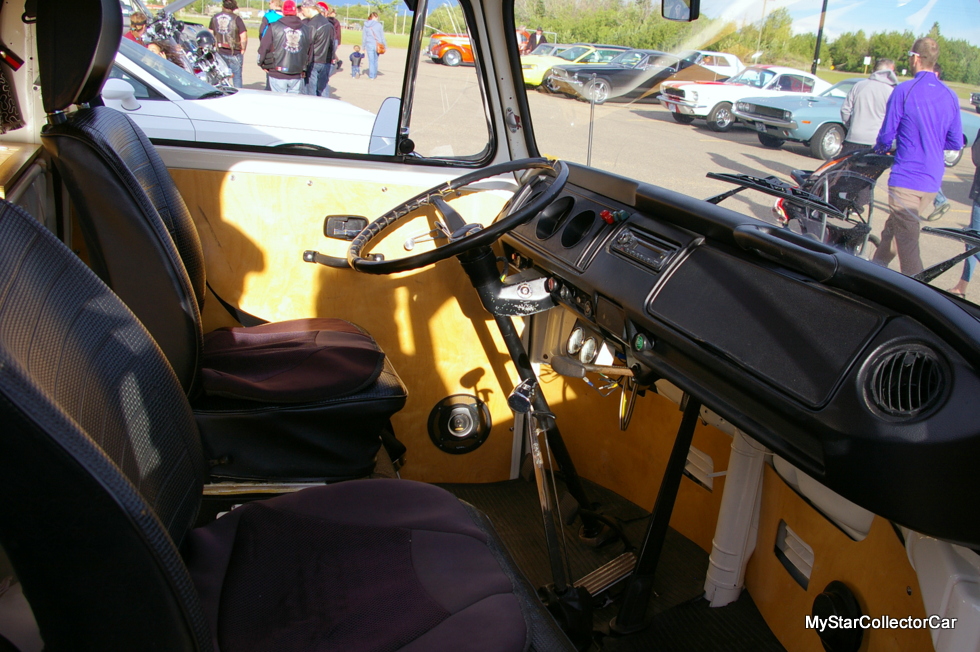 ‘Karen is too young to have been a Sixties adventure-seeker, but she does understand how much fun can be found behind the wheel of a very cool VW legend in the 21st century.’