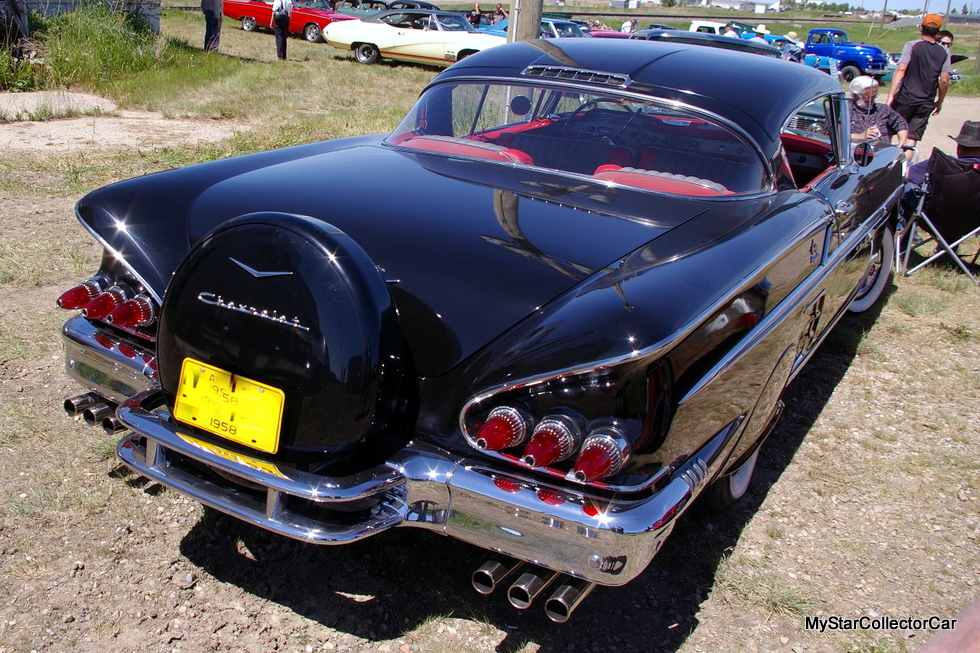 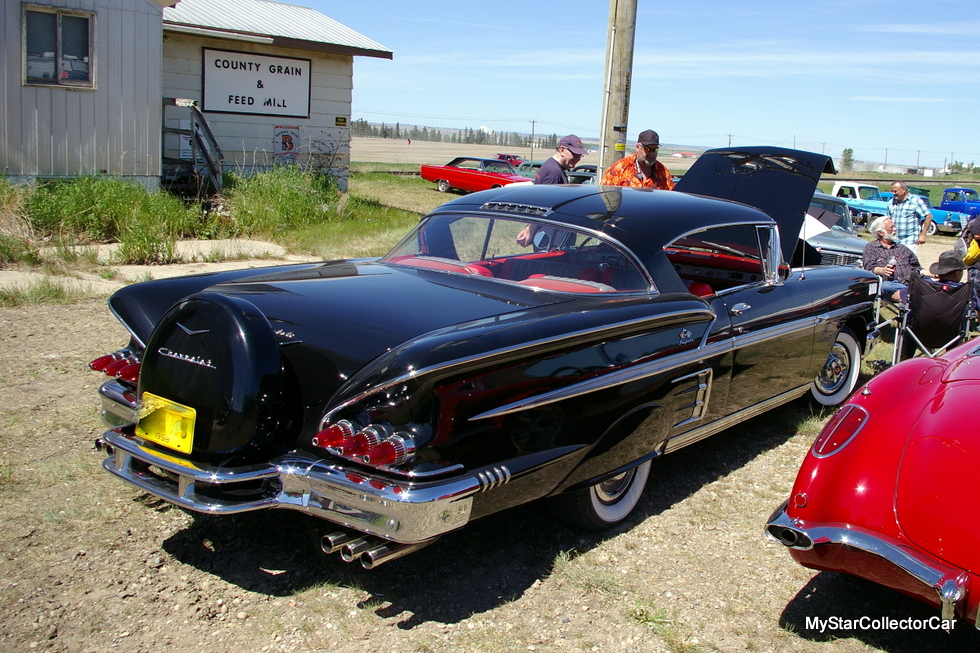 A stylish 1958 Chevy Impala grabbed our attention at a car show.

‘It had a few touches that indicated it was not bone stock, but the subtle changes enhanced the overall performance and look of the car.’

For instance, the taillights were a series of three blue dot custom lenses on both sides. 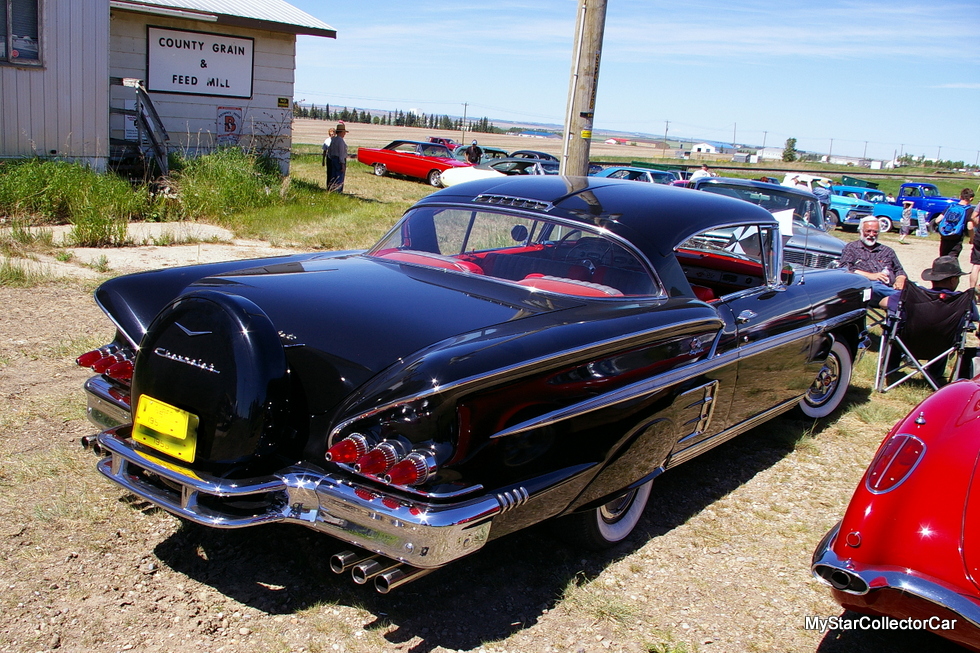 The car also had six exhaust tips and they were a tribute to its original Tri-power carbs: one exhaust tip for each barrel on the three deuces.

Its current owner is Eric Donoghue and he was more than willing to fill in the blanks on his Impala’s history. For starters, it spent its entire life in one neighborhood and it was also Eric’s childhood neighborhood.

Eric was not familiar with the car until the former owner was forced to sell the car because of a difficult divorce. The Impala was a contentious issue and the previous owner took several pieces off the car because his wife’s lawyer had taken a serious interest in its relative value. 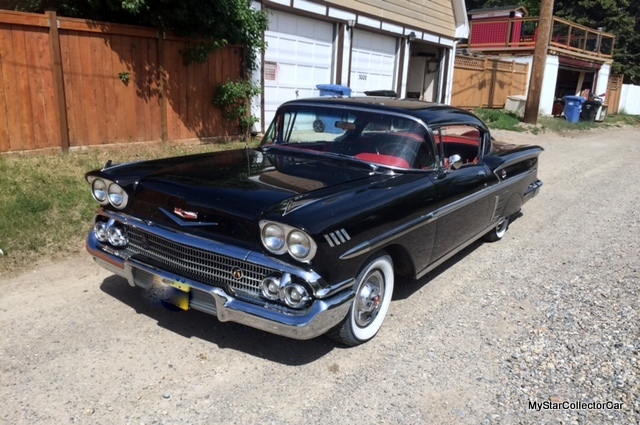 The guy did not want the Impala to stand in the way of a good divorce because of a lawyer’s inflated estimate of his worth so he made the car less valuable, according to Eric.

Eric was smitten with the car from the first moment he saw it. He dangled cold hard cash in front of the owner and the guy was happy to sell it in its slightly disassembled condition. 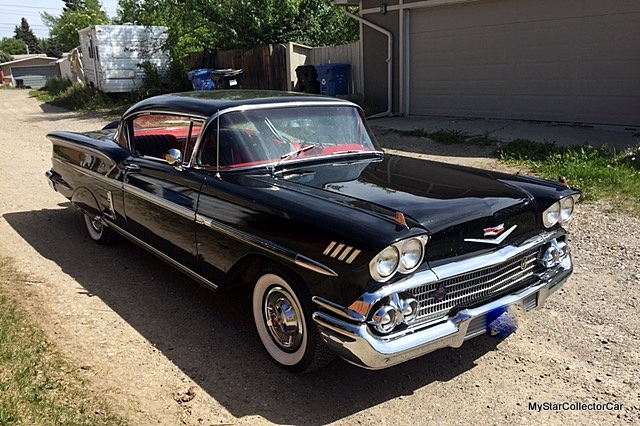 Eric had enough skills to put this motorized Humpty Dumpty back together again, so he bought it as a project.

The Impala required four years of work by Eric to make it meet his requirements. He added an alternator system to his car and upgraded the brake system to front discs.

The Impala had a 348 with the aforementioned Tri-power carb set up. A Tri-power carburetor system is three two-barrel carbs working in harmony to provide extra punch to an engine. 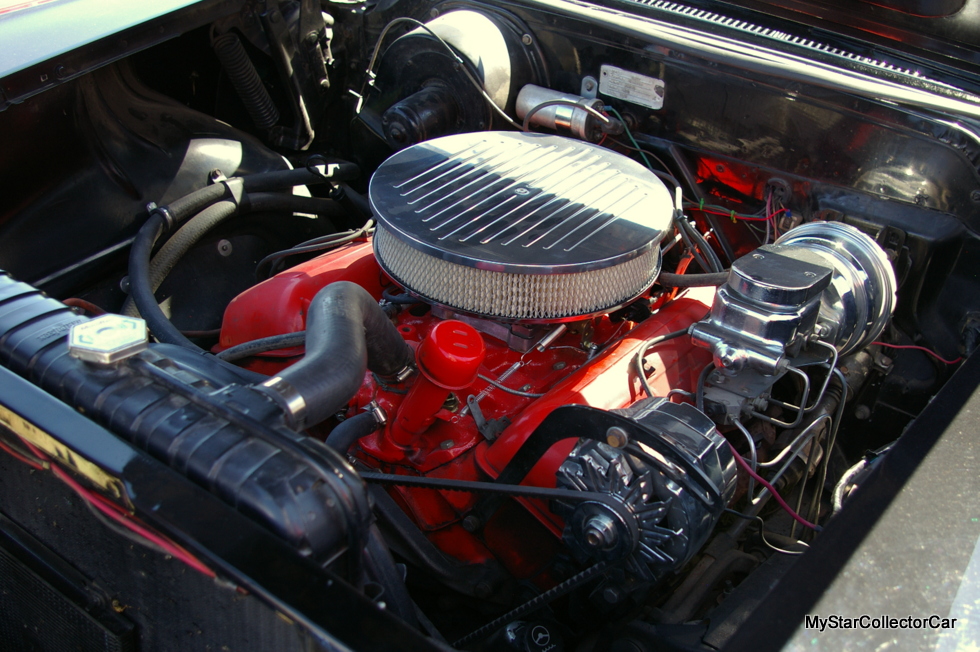 The problem is the harmony part because a three carb system is difficult to keep in synch. They have many variables like linkage adjustments and proper air/fuel settings in the equation. Eric eventually chose the path of least resistance and cut off two of his three carbs.

The result was a smooth running two-barrel system that provided great mileage at the cost of performance. Eric switched out the entire intake system for a four-barrel set up and lost the mileage, but gained back the power.

The Impala now has a Turbo 350 automatic as a replacement for the original two-speed Powerglide and Eric has some regrets about the tranny switch. He liked the power band in the two speed and the acceleration curve with its big jump when the Impala hit second gear at high speed. 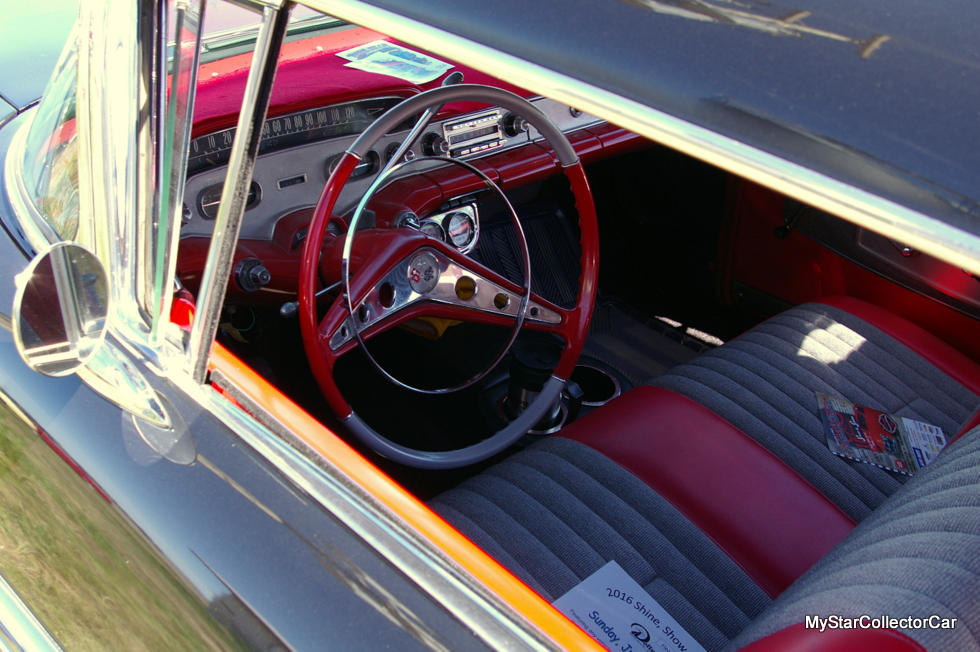 Eric was quick to point out that all of his mods are reversible and he could change his Impala back to its original specs if the spirit moved him. 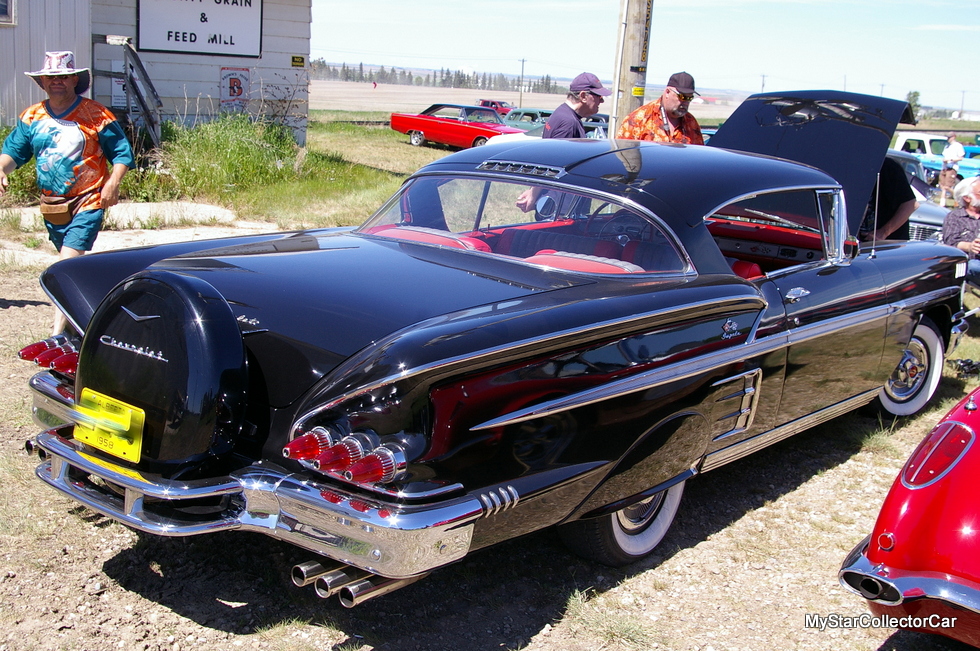 However, Eric is having too much fun with the car to put it on the sidelines. Eric also wanted to emphasize that his Impala is a driver and not a trailer queen. He loves the long excursions in his Impala and his 58- year-old Chevy can easily handle the pace on modern highways.

‘A perfect happy ending to a car guy story. ‘