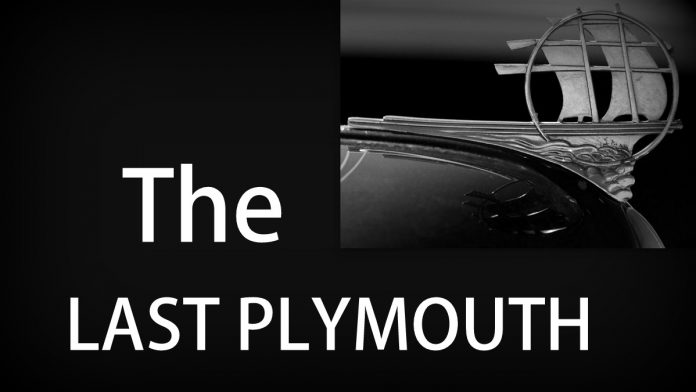 The last Plymouth rolled off the assembly line just over twenty years ago on June 28, 2001 in the form of a 2001 Neon LX.

The Plymouth name began life in June, 1928. Chrysler needed a car to take on the lower-priced Fords and Chevrolets, so Plymouth was born. They came with hydraulic brakes and full pressure engine lubrication, so Plymouths began life as leaders in engineering. That engineering prowess would be the lead story for Plymouth over many decades.

The Plymouth experiment was timed perfectly because the Great Depression amped up demand for lower-priced cars–Plymouth became a sales life raft for Chrysler in the Dirty Thirties.  Plymouth added two more cylinders (from 4 to 6) to keep up with the bigger engines in their arch-rivals at Ford and Chevy.

Plymouth continued building sensible, reliable cars up to (and after) Word War II. They had convertibles in the lineup, but most buyers wanted the practicality of the four-door sedan. The Plymouths of this era weren’t pretty, but they made up for it with bulletproof power trains. The Average Joe Plymouth buyer wasn’t looking for a prom queen–he was looking for a dependable wallflower.

The tradition of function over form at Plymouth continued after the war and into the 1950s. They were up against cutting edge cars like the shoebox ’49 Fords, but the perception (based on experience) was simple–a Plymouth was like the dependable hard-working guy who showed up every day at work for decades.  The kind of guy who would never be CEO, but whose work ethic was second to none at the company.

A guy named Virgil Exner changed the game at Plymouth. Chrysler lured him over from Studebaker in 1949 and he became the father of the ‘Forward Look’. The Forward Look was designed to drag Chrysler into the space age and dump the stodgy sedan look. Exner’s influence started with the 1955 lineup when cars like the C-300 Chrysler debuted.

The ’55 Plymouth was a good start, but Plymouth soared in 1956 with the introduction of the 1956 Fury. The ‘56 Fury was a brilliant combination of engineering, styling and performance–Plymouth was finally a force in the street wars.

The 1957 and ’58 Furys also drew in the street war buyers. Chrysler led the pack in engineering with things like torsion bar suspensions and dual-four carbs and hemi engines. Low-end Plymouth never got the high-end Gen 1 hemis, but they still dominated their rivals. The only thing that held Plymouth back was build quality–sales suffered because Plymouths were built like tanks–until 1957.

Plymouth continued under Exner’s watch into the 60s, so the cars from that era were bold fashion statements–you either loved them or hated them–but you never forgot them. The 1960 Valiant debuted in 1960 to take on the newly-minted Detroit compact car competitors at Ford and GM.

Exner’s era ended with the 1962 lineup when he was caught up in a new direction at Chrysler. The ’62 Plymouth was a blend of new and old, but the B-body platform was born. Plymouth went back to a more conventional slab-sided look after that–it was look that would continue right through the B-body era.

The difference was this time the more sedate Plymouths could be purchased with the monster Elephant Gen II 426 Hemi under the hood.

These boxy-looking sedans were loathed by would-be street warriors–especially when the ’68 Road Runner debuted.

The Road Runner-based 1970 Super Bird took the muscle car game to a next level.

The Plymouth Barracuda was born in 1964. Plymouth’s answer to the Mustang debuted sooner, but it never grabbed the pony car spotlight from Day 1.  The later E-bodied ‘cudas had much more impact.

Plymouths (B & C-bodies) continued to function as dependable sedans throughout the 70s, so you saw them employed as taxicabs and police cars all over North America.

They migrated into F-bodies from the Valiant A-body in 1976 with the Volare.

The 1980s saw the end of the rear-wheel drive Plymouth when the last Gran Fury M-body took a final lap in 1989. These cars were also prized as heavy-service vehicles in the taxi and police car world.

The leap forward for Plymouth began with the humble little Horizon in 1978, and it continued with the legendary Plymouth Voyager Magic Wagon minivan in 1984.

After that, it came down to the last Neon–it listed at 18,210 as a new car and it sold for 19,000 at auction. That’s a surprisingly low number for the last Plymouth ever built but it’s a fitting number for an average guy–Plymouth’s biggest customer.