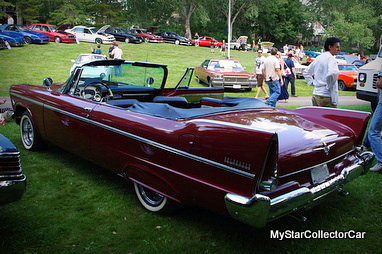 Most people outside the Mopar fin car community look at every one of them and call them Christine.

This is a huge disservice to every fin car ever built because it merely scratches the surface on any assessment of these unique cars. 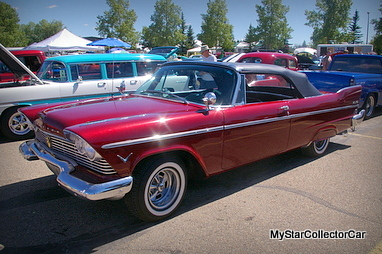 Larry Franklin is the proud owner of a ’57 Belvey convertible and he knows exactly what he has in this extremely rare Mopar. This car was at a very large show but it was surrounded by hordes of admirers from start to finish.

Larry explained how he’s owned the car for “about five or six years” and during that period he’s faced a few obstacles. He found the car via a connection and he knew it was in the hands of a serious collector but he did pry it away from its owner. 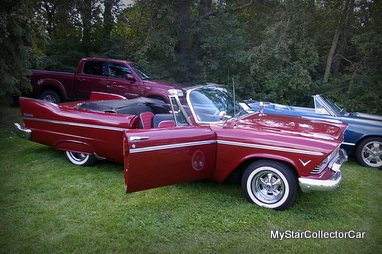 There were a number of reasons why Plymouth took years to recover from the bad press of the ’57 model year but that didn’t take away how impressive these cars were (and still are) on the street. Larry was lucky because his car has “just a little filler on it” and that status is magic for Forward Look owners from this era. 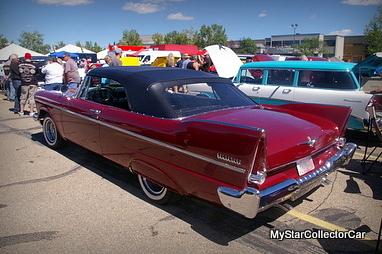 Larry faced a few problems with his ’57 Plymouth convertible but he’s a veteran car guy so he knew this was simply part of the process. Some of the problems were easily solved as he explained, “I had it upholstered but I looked two years for door panels”. Larry’s a practical guy so his Belvedere has swivel seats “because my Mom is 90 so it’s really convenient for her”. 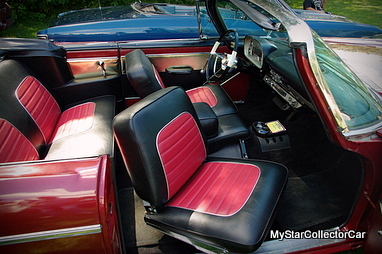 There are other departures from stock—the 301 cubic inch V-8 under the hood didn’t come with the car but Larry has basically retained the stock look of his ’57 Belvedere. 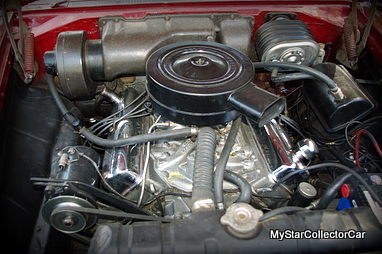 Larry has had an ongoing battle with his transmission, “I’ve had a lot of transmission problems, had to do it twice because I couldn’t stop it from leaking”. These are the little things that define the experience of old iron but Larry is philosophical like most car guys. 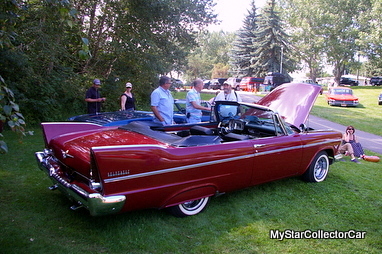 The time on the road is what really defines the old car world and Larry is extremely enthusiastic about his Belvey, “It’s perfect on the road, it’s just like a brand new car. The brakes are good and the steering box is tight”. 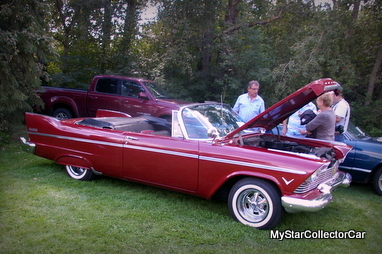 Many people would be surprised at Larry’s description but he has a perspective on his car that many non-car people wouldn’t have because they only drive Toyotas. They would never understand how this large, nearly 60-year-old car was built during the boom years of freeway building so a 70 mile per hour highway is their natural environment.

Larry know he’s lucky to own his ’57 Plymouth convertible because the previous owner had it for many years. Larry’s not the kind of guy who hauls his cars to shows in a trailer. He drives them because that is the true magic in the old car experience.

The reaction from people at shows to a car like this is worth the investment then and now. 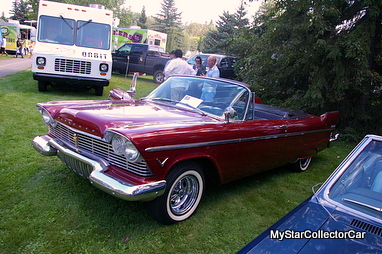 “When this year (Plymouth) got the fins, people really notice it”.