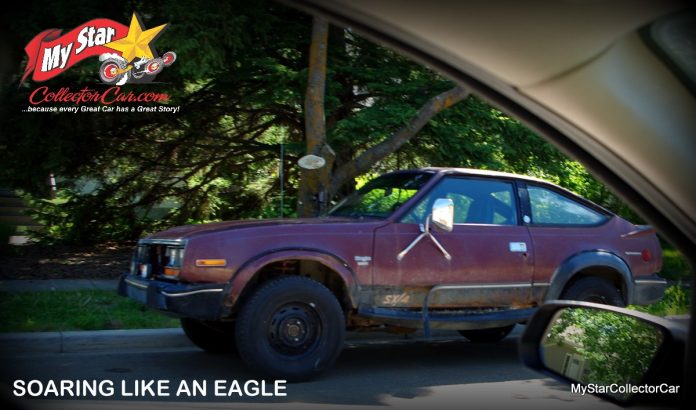 One of the major components of survival is innovation, a concept that typically put a species on Darwin’s most-likely-to-succeed list and was a driving force in the American Motors business model for many years.

Optimistically, and presumably after too many cocktails, American Motor executives likely believed AMC was headed toward inclusion in the Big Three club (General Motors, Ford, and Chrysler) and would become another member in good standing of that elite group of domestic car-builders.

History and cold reality would prove otherwise, American Motors would never be a number changer from Three to Four in the big boys’ car-builder club. But the little car company gave it a gallant effort and built some amazing cars during their fight for survival.

The ultra-cool Rambler list included the famous AMX and Javelin pony cars built during the late 1960s. Most car guys will know the AMX was basically a two-seater amputated version of the Javelin, built to battle the legendary Corvette from that era, but the two AMC cars showed how innovation and keen attention to cost were a big-ticket item for American Motors and critical to its very survival.

The AMC Eagle was another stellar example of American Motors’ ability to build creative new models from their existing inventory.

The Eagle landed in American Motors showrooms as a brand-new model in August 1979 and was introduced as a 1980 crossover vehicle. The Eagle’s body was pure AMC Concord, a compact model built to replace the homely Hornet on the American Motors’ roster.

However, the Eagle had a different future game plan because AMC introduced it as a four-wheel drive vehicle with a Concord car body. American Motors had already purchased Jeep in 1970, mostly for its remarkable four-wheel drive technology.

The Eagle was the first domestic 4WD passenger car, consequently it was a pioneer vehicle in the crossover market. American Motors decided to build a vehicle that offered better gas mileage and passenger car comfort in a four-wheel drive vehicle.

The late 1970s was ground zero for another gasoline shortage in North America, so big 4×4 vehicles with massive drinking problems were not as popular with budget-minded customers. Enter the AMC Eagle, a lightweight four-wheel drive car that could be taken off-road because of its high ground clearance and all-wheel drive system.

Eventually, AMC would offer part time four-wheel drive that allowed the owners to choose between two wheels or four wheels on the road, depending upon the conditions. The decision to build the Eagle was an excellent move for AMC because the unique car was a big hit with the public and the car was a trailblazer in the 4WD passenger vehicle movement.

The Eagle’s legacy was solidly established before Chrysler absorbed AMC in 1987 and likely was part of the incentive for Mother Mopar to adopt American Motors that year.

MSCC MARCH 27 STAR OF THE WEEK: ANGLIA—THEY KEEP THEM STOCK...