Station wagons were never cool. If Dad handed you the keys to the family Ford Country Squire, the odds were pretty good that you were going to rely heavily on personality if you went trolling for babes.

Drag strip guys started figuring out wagons had pretty good weight distribution and that translated into wins at the track but very few guys drove full race rides on the street.

So the wagon stayed uncool for a long time and many met horrible fates at demolition derbies.

That’s changed because car guys now see the merit in a kiddie-hauler with a big block like this Star of the Week ’62 Plymouth wagon.

AUGUST 24 MSCC STAR OF THE DAY: MATADOR COUPE-THIS IS HOW AMC ROLLED IN THE 70S 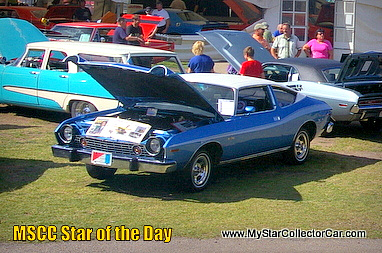 American Motors was the little car company that could back in the 1970s. They were small and innovative and operated within the constraints of a very tight budget.

That made it easy for them to go from paper to production in a short period of time. Fewer employees mean fewer decision makers and more leeway in R&D.

This Matador Coupe is a classic example of American Motors in action. They didn’t borrow from conventional templates-they made their own.

Chances are this 70s AMC classic will win best of class at every Mopar show in the world because it was in class of its own.

The kind of class that makes it an MSCC Star of the Day. 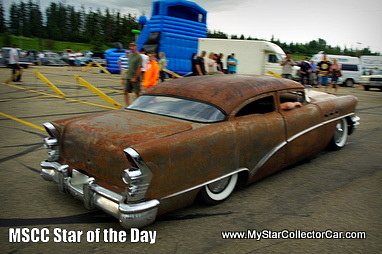 The ’55 Buick was a banker’s car so the only time they ended up in the hands of hoodlums was when they were hot-wired and stolen.

These cars were a step below a Cadillac and above a Chevy back in ’55 so when a guy drove one home to admiring neighbors it said “I’ve made it to Vice-President but there’s one more rung in the ladder to climb”.

This ’55 Buick at a show back in July told an entirely different story. It isn’t a banker’s car anymore-it’s the kind of car that would scare a banker.

That made it a very cool MSCC Star of the Day.

AUGUST 22 MSCC STAR OF THE DAY: CRUISING FOR A CAUSE-MS RESEARCH 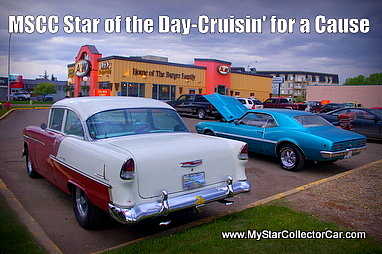 The old car culture is steeped in community involvement so it’s not a huge stretch for car guys to get behind a cause.

A&W has been synonymous with the car culture since day one because that’s where you went to get a burger and a root beer delivered right to your car.

Today is Cruisin’ for a Cause Day at every A&W in Canada so id=”mce_marker”.00 from every Teen Burger sold goes to the Multiple Sclerosis Society of Canada.

The MSCC Star of the Day is everyone who hops in the car and heads to their local A&W on August 22 2013.

AUGUST 21 MSCC STAR OF THE DAY: ’40 FORD-BACK TO THE CLASSICS 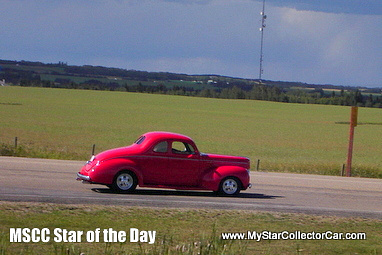 The ’40 Ford was one of those cars with an instant following. They were a clean and modern design at the time and hot rodders took an instant interest in these iconic Fords.

’40 Fords were pretty hot with a tricked-up flathead under the hood but they were awe inspiring with a transplanted big block pulling the load.

These cars were the easiest customs on the planet because anything you did to a ’40 Ford worked. You could strip them down and paint them flat black or bright yellow.

Either way they oozed cool.

Here’s a great example from yesterday-this ’40 Ford was on the road earning MSCC Star of the Day status.

AUGUST 20 MSCC STAR OF THE DAY: THE EVOLUTION OF THE EARLY 60S IMPALA 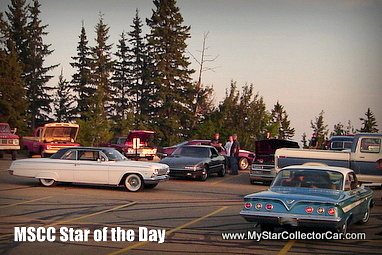 Chevy led the way in the 1960s because they set the bar for style in ’61 with the bubble top Impala two-door hardtop.

The bubble top roof line lasted three years on the Impalas from ’59-61 and it officially ended with the ’62 Bel Airs.

GM guys loved the clean lines of these bubble top Chevys plus they were more aerodynamic and lighter so the cheaper Bel Airs were favored at the track.

This picture was taken last Thursday and it clearly showed the difference between the bubble top ’61 Impala and the “convertible roof” ’62 Impala.

Despite the spike in interest for the bubble top Impalas the ’62 Impala set sales on fire because the 1962-64 Impala two door hardtop became an automotive icon.

These MSCC Star of the Day Impalas defined a trend. 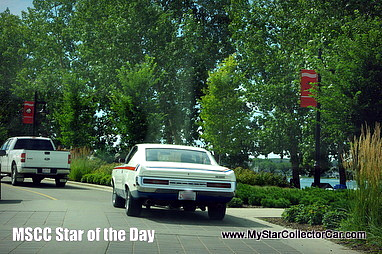 There are many ways to be the coolest guy at the beach this summer. The best way is to actually own the beach and make it off-limits to the public.

That makes you the coolest guy at the beach by default.

Another way is to be a recognizable sports hero, rock star or Hollywood star because that is almost a direct path to coolest guy at the beach status.

That’s not really realistic because the highest most guys with no talent will rise is to Bob “Gilligan” Denver’s level, not Brad Pitt’s.

The most realistic path to coolest guy at the beach status is to arrive behind the wheel of a Rebel Machine like this guy did yesterday.

That was an MSCC Star of the Day entrance.