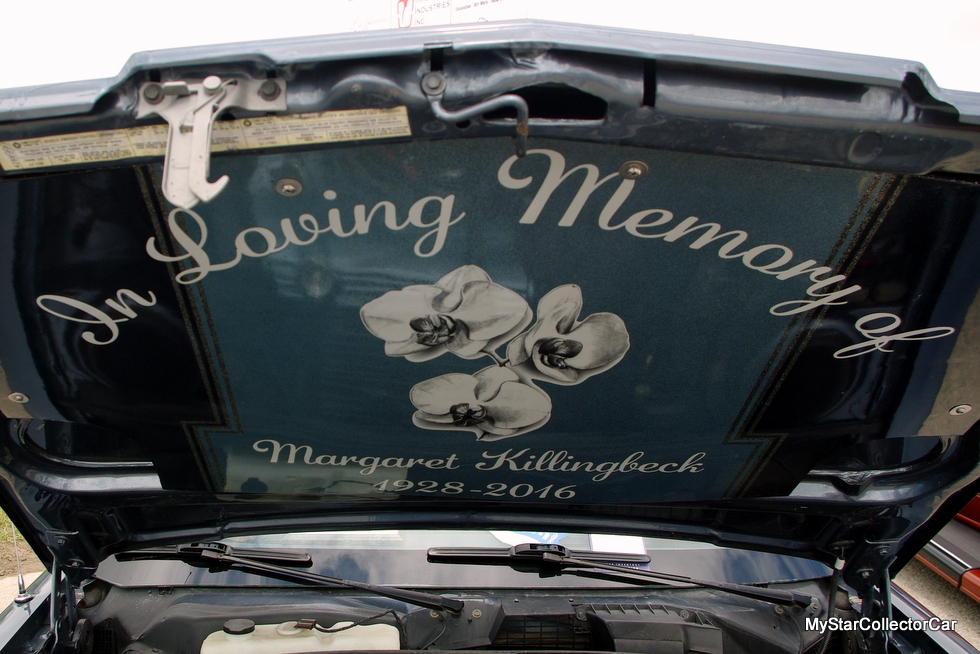 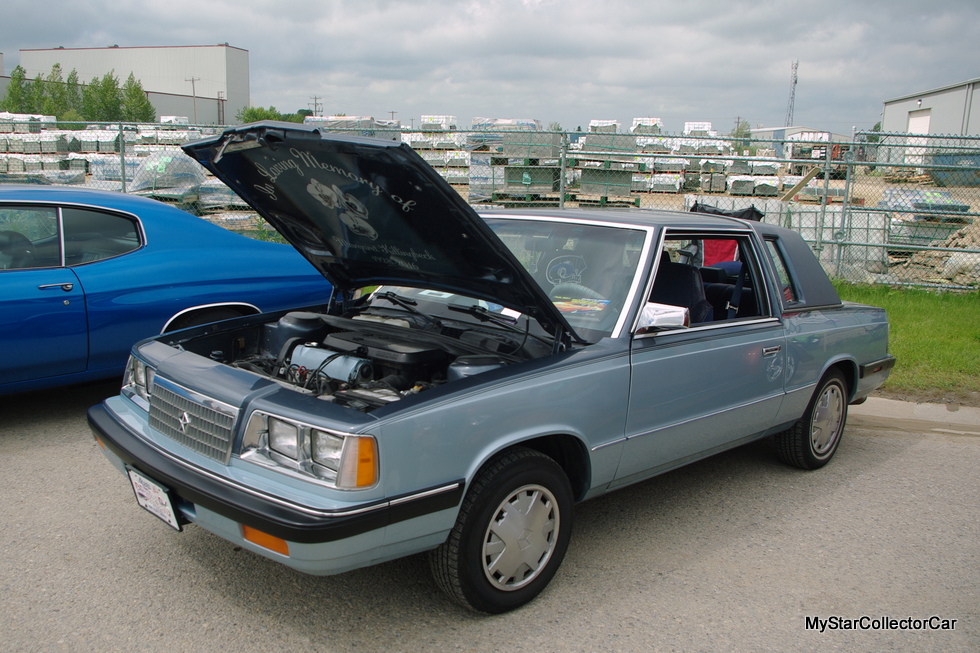 Inheritance is a common theme in the car hobby because a legacy car is a link to the family history.

In many cases, someone inherits dad’s car but there are exceptions to the rule.

This 1986 Plymouth Caravelle two-door coupe has a lifetime link to Katelyn’s family because it was purchased new by her aunt, then her grandmother bought it 11 years later. Katelyn literally grew up in this car because ‘Nana’ used to drive her around in the little Plymouth. 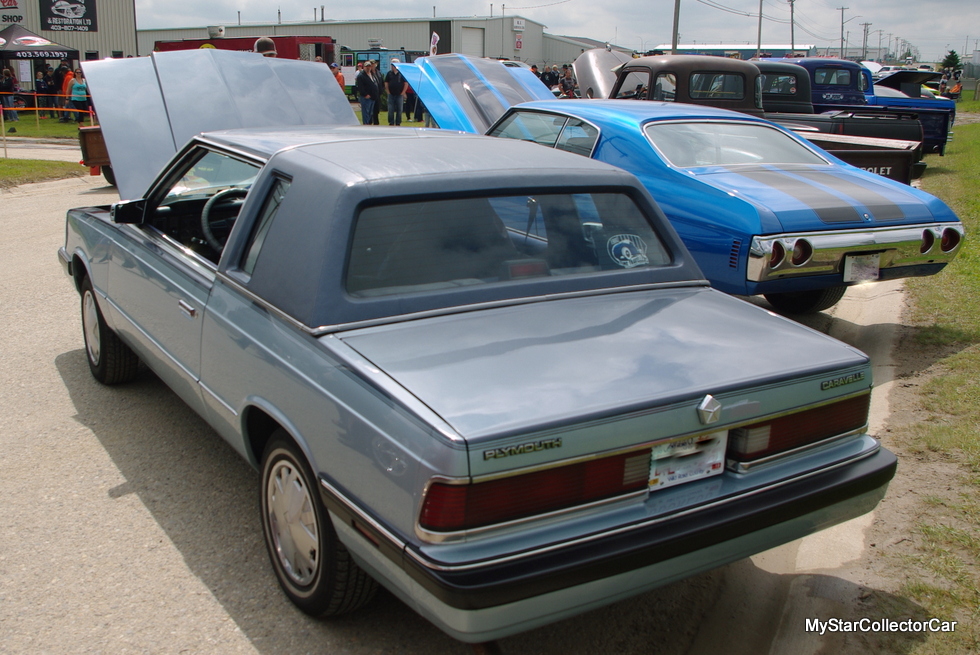 Nana quit driving and she put an offer on the table Katelyn couldn’t refuse: “Do you want this car or is it going to the crusher?” Katelyn jumped at the opportunity to own Nana’s last car so she enrolled in a tech class at her high school and did some basic repairs to the Caravelle. It was a victim of Nana’s parking prowess so it had some war wounds on the passenger side and there were signs of rust but Katelyn did what she could to improve the outer skin on the Plymouth. 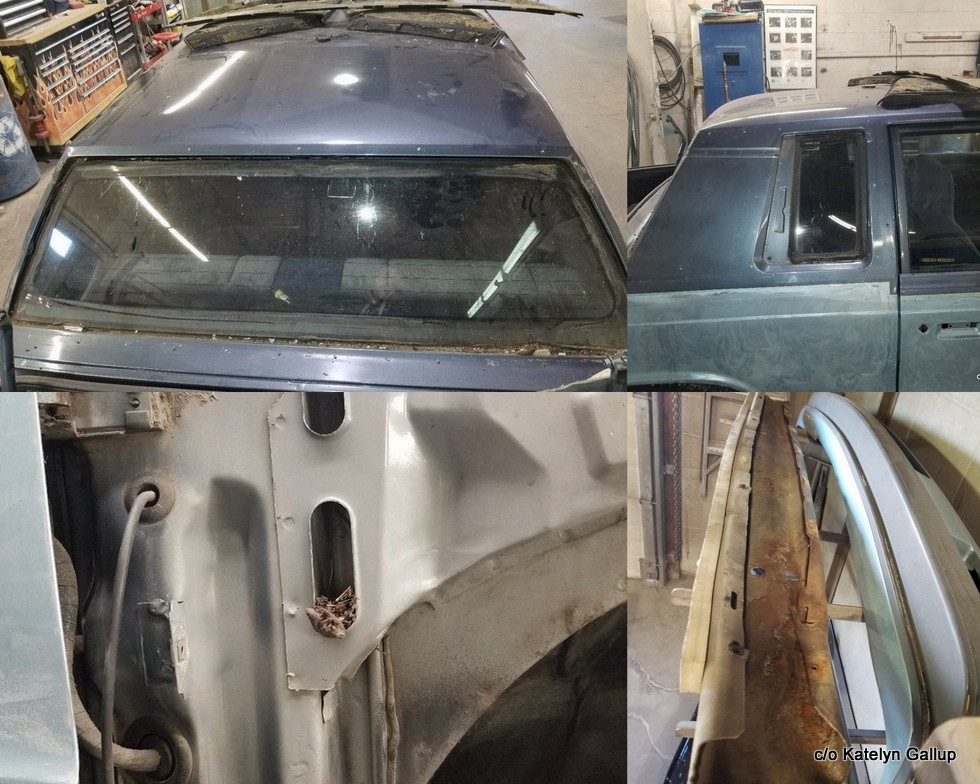 There was rust in the rockers under the trim along the lower portion of the Caravelle and Katelyn admitted there were times when she asked herself, “Do I really want to do this?” but the answer was clear—she really wanted to take the car to another level. 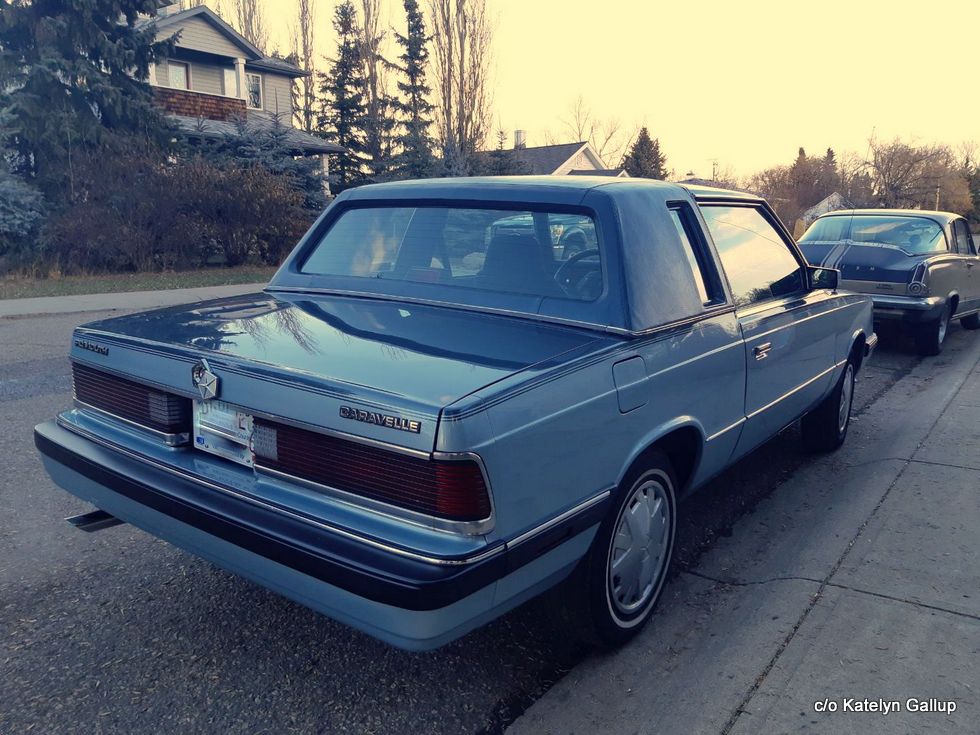 Fast forward a few years—the Caravelle was hit in the rear end by a young driver and technically written off even though the damage only added up to 1300 dollars. The “written-off” part meant Katelyn had to eat the cost of the accident because insurance would have taken the car and that wasn’t an option. 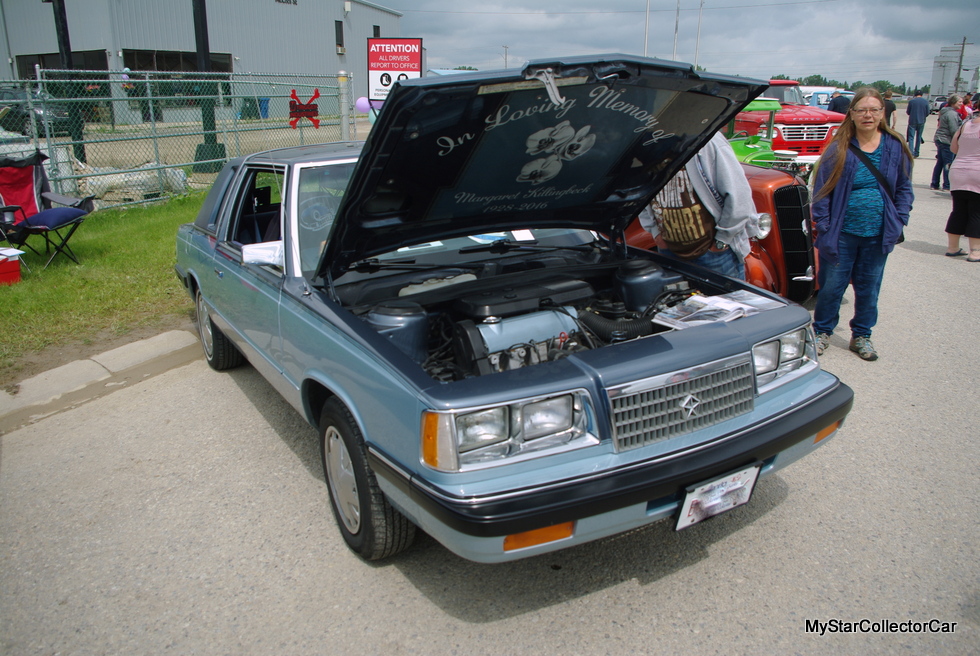 Katelyn had already invested time and money in the Caravelle when she helped transplant a new engine in the car after the original one expired plus she had the top end done in 2018. The next step was a much more extensive restoration and she found a very sympathetic body shop to fix the rear end damage—they also took on the metal repair. 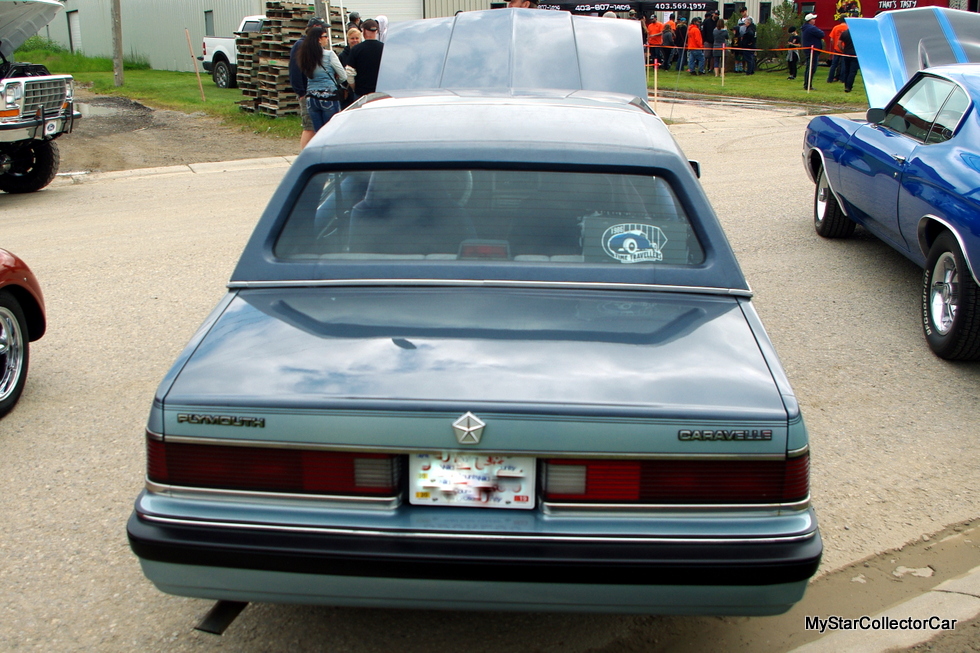 Katelyn’s high school repair was pretty basic—her instructor had the class glue panels over the rust so the professionals stripped the car down and did real metal repair. They found the high school paint literally peeled off because there wasn’t enough hardener. Katelyn said none of the guys involved in the project ever discouraged her from investing time and money in a car that was considered very disposable when it was built. 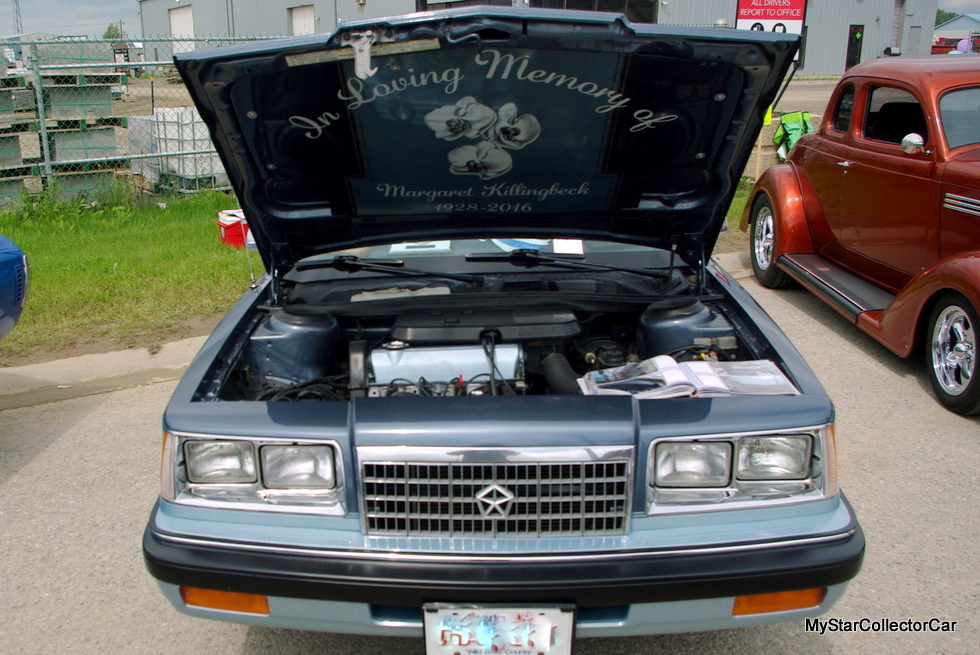 Oddly enough, Nana wasn’t onside with the investment—she tried to talk Katelyn out of spending money “on an old car” but that didn’t deter her from pushing ahead on the project. Katelyn attributed Nana’s attitude to her Scottish heritage and the fact she lived through some tough economic times. 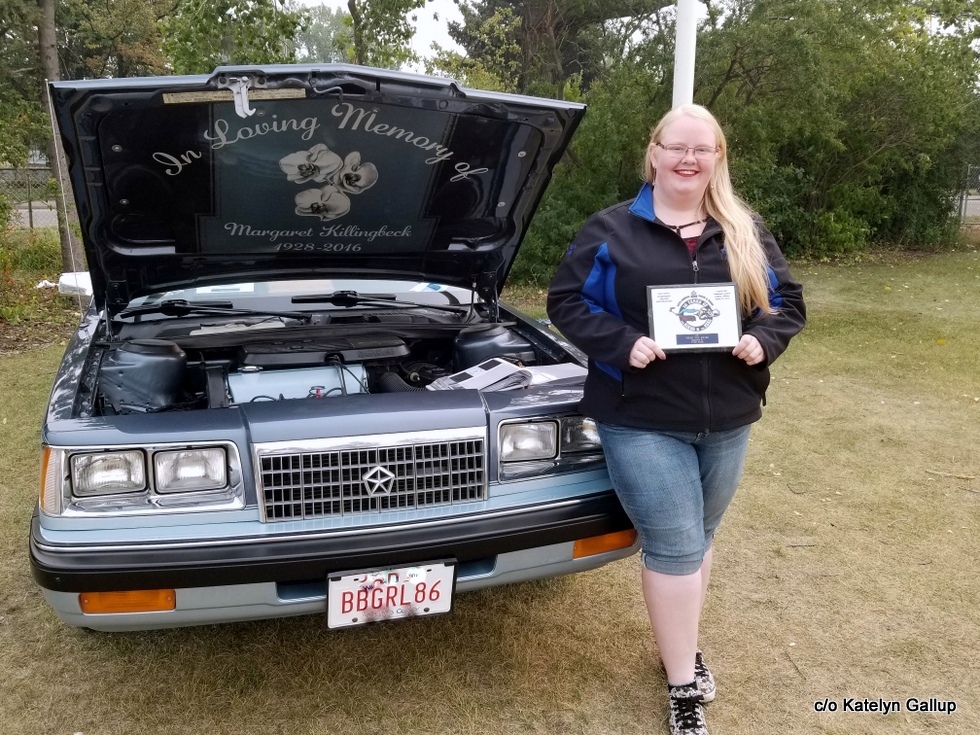 Nana passed away before the car was brought back to its former glory so Katelyn wanted “Baby Girl” to be a tribute to her memory and the answer came in the middle of the night. 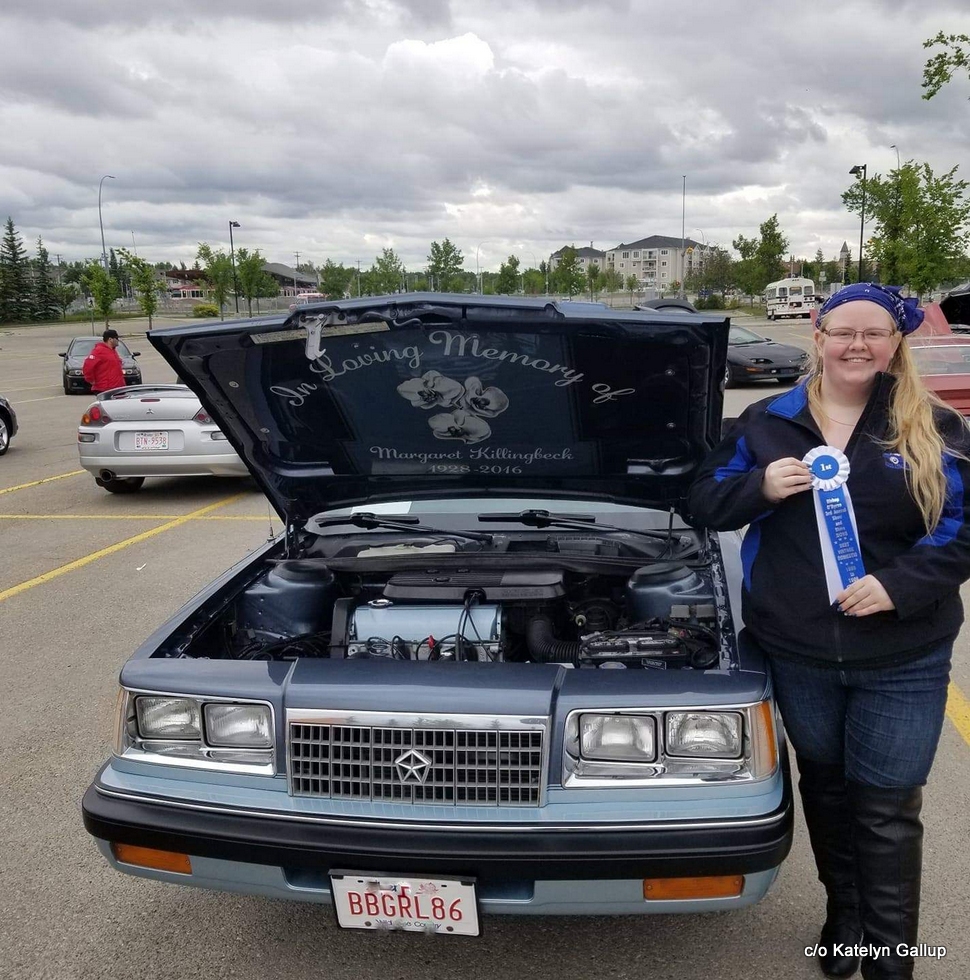 Katelyn said she “sat upright in bed” when the idea hit her.  She designed a mural to place on the underside of the hood to give Nana a lasting legacy and Katelyn said it turned out better than she could have ever hoped.

The car show circuit has been kind to this humble little Plymouth because it’s won numerous awards such as Young Guns at Northern Mopars, 2nd place 1980-89 at Calgary World of Wheels and 1st place Vintage Domestic…among others. 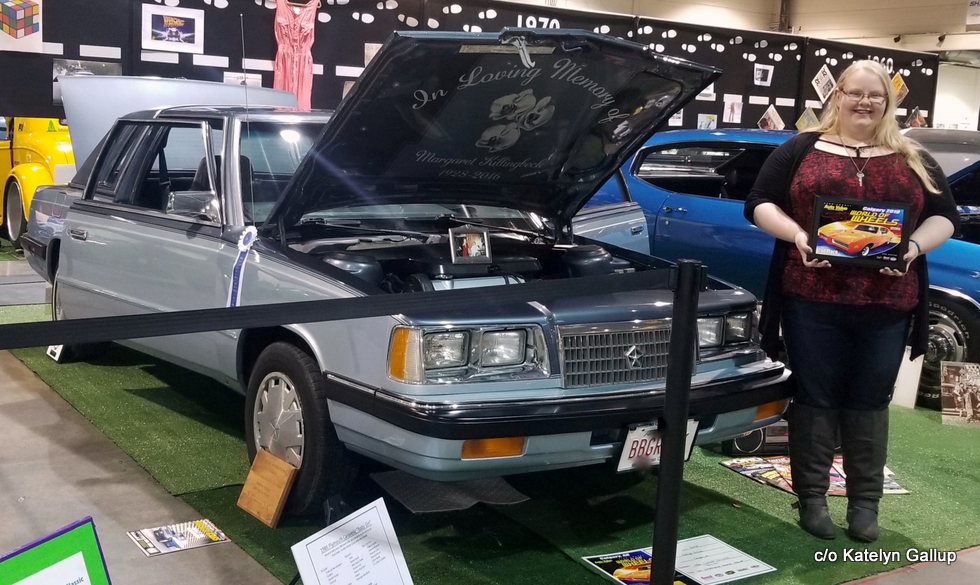 Nana used to ask Katelyn “how’s our car doing?” so when she wins these awards she feels like they are a celebration of Nana’s memory—that’s something that makes Baby Girl the perfect way to remember her. 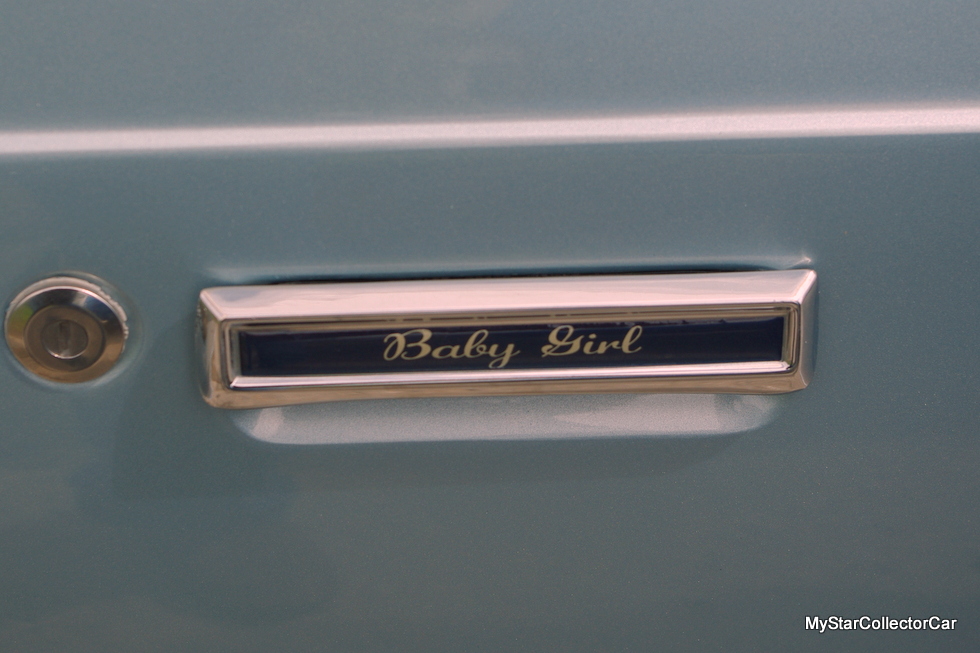 The door handles (courtesy of the shop) speak volumes—for Katelyn it was the final piece in the puzzle for an incredible tribute.