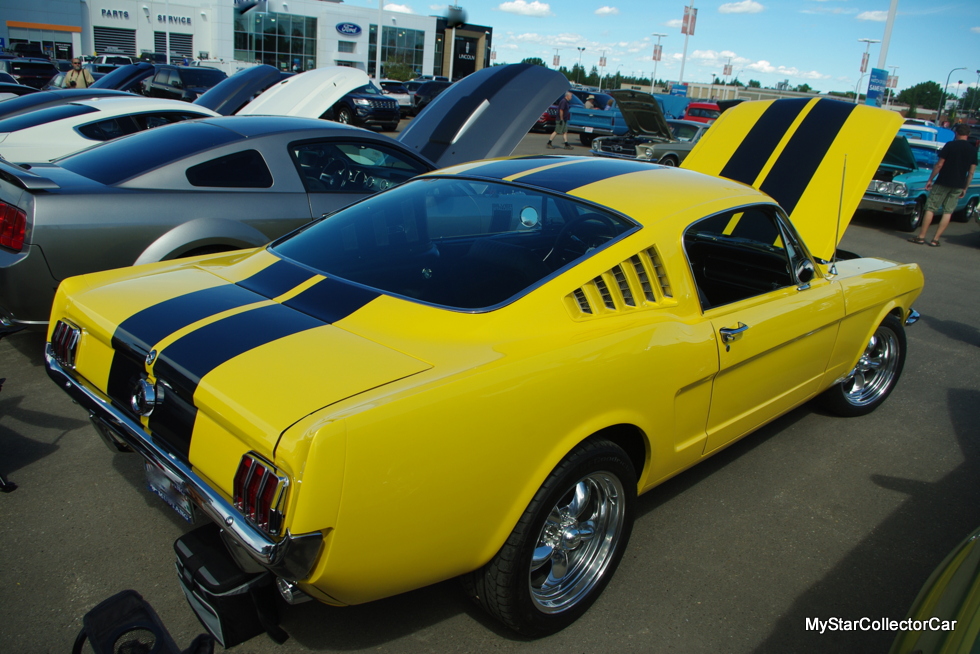 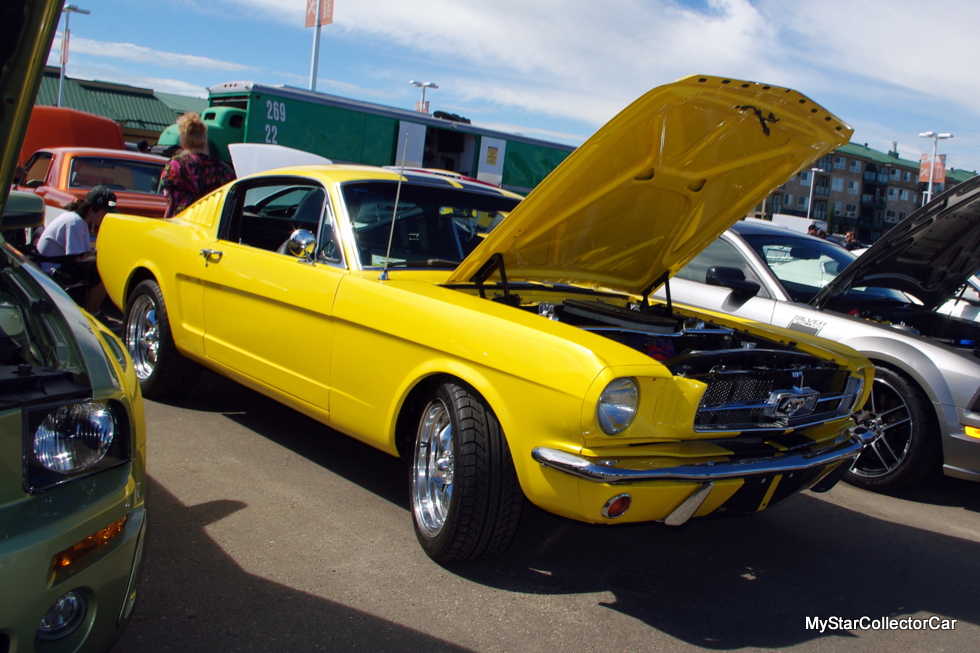 You don’t get many do-overs in life when you make a bad decision in life.

‘Most of the time you end up with a life lesson at best and a horribly bad memory to relive in your mind—at worst.’

The lesson is more painful when you make a mistake with a ’65 Mustang. 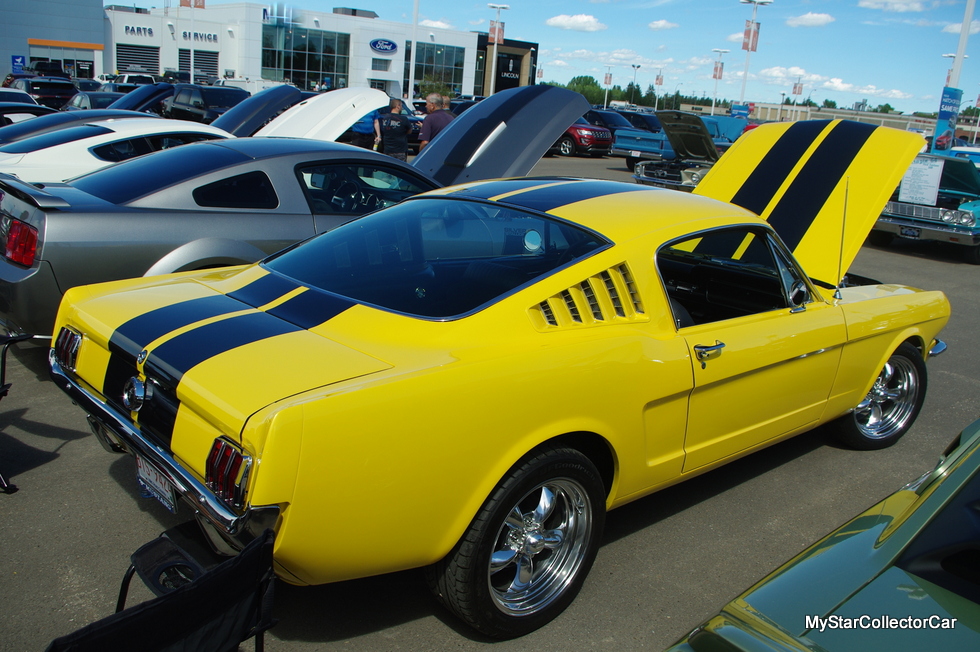 Stan Norlander lived the mistake part but he found solution to the painful memory part. He owned a nearly new ’65 Mustang in 1966 and lived with it for a few years until he was married in 1969. He explained how he and his wife Vicky drove by a GM dealership and Stan spotted an El Camino on the lot.

He regretted the decision almost immediately but Stan traded his Mustang for the El Camino and he admitted: “I literally gave him the Mustang in trade and I was so mad I said I’m going to buy another one”. 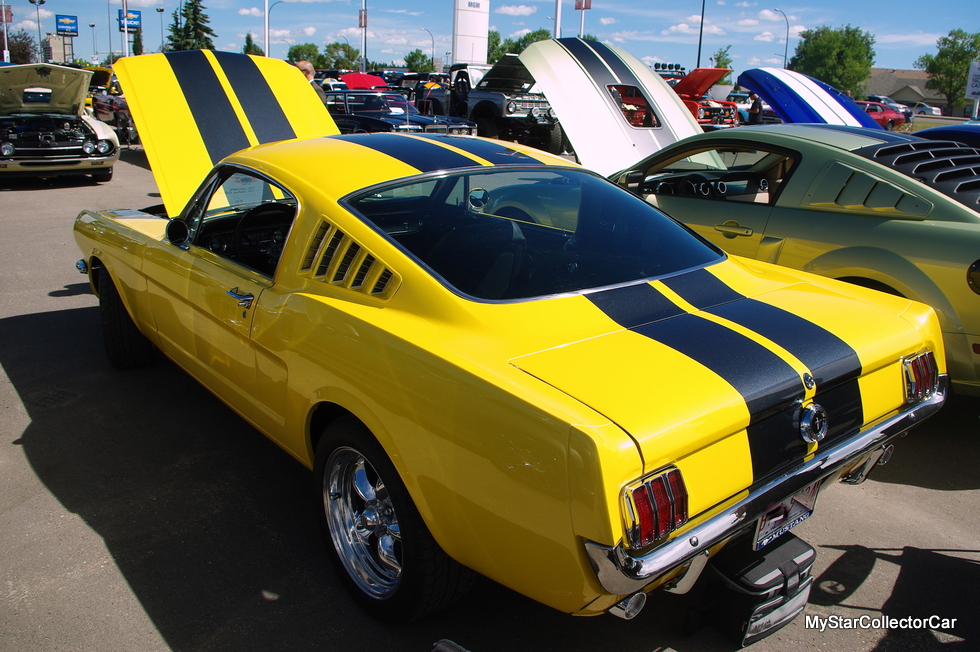 Stan didn’t wait very long for that replacement Mustang. He started a pre-Internet search in 1970 the old fashioned way, “looking through the want ads in the paper”. He found one and since he was literally the first caller he cut a deal for the ’65 Mustang fastback.

The owner bought it for his wife a few years earlier and she was less than excited about her new pony car. Stan said, “She drove it around the block, didn’t like so she parked it in a corner of the garage” and that’s where he found the Mustang. Stan paid 1750 dollars for the car because it was in “really nice shape”.

Stan had a little surprise when he got home because he, “thought the car was yellow” because he is color blind so Vicky broke the news that his Mustang was green.

There were some instant adventures in the Mustang. Stan was rushing Vicky to the hospital for the birth of their first son when he was stopped for speeding. The police officer took one look at Vicky and told Stan to follow so him a red light running, sirens blaring, emergency escort to the maternity ward.

Vicky became the principal driver for the next several years so the Mustang became a very cool soccer mom ride until the mid-1980s when it was retired from active duty. Stan said “the fenders were so rusted out they were flapping in the wind” so the Mustang’s full time job ended abruptly. 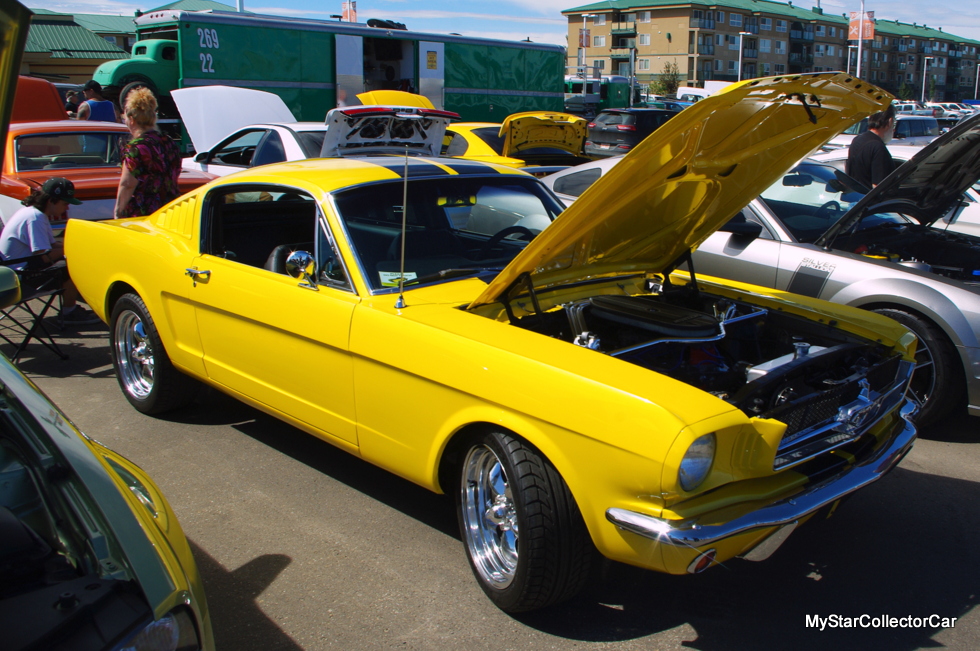 Stan did a restoration back in 1985 but it was at a lesser level. He admitted it “wasn’t done right” so it “started getting corrosion” almost immediately. That experience told him to do the best job he could when he did the next restoration on the ’65 Mustang

This was a ground-up project so every panel and pan that needed replacement was addressed. Stan enlisted the talents of a local Mustang expert to pull the project into the next level so now the car sports  13 coats of Fiat yellow.  Stan farmed out the power train too—he had the original 289 bored 30 over and added a roller cam, new radiator and ceramic headers and this too was done by a guy who builds drag boats for a living so the power train is better than factory. 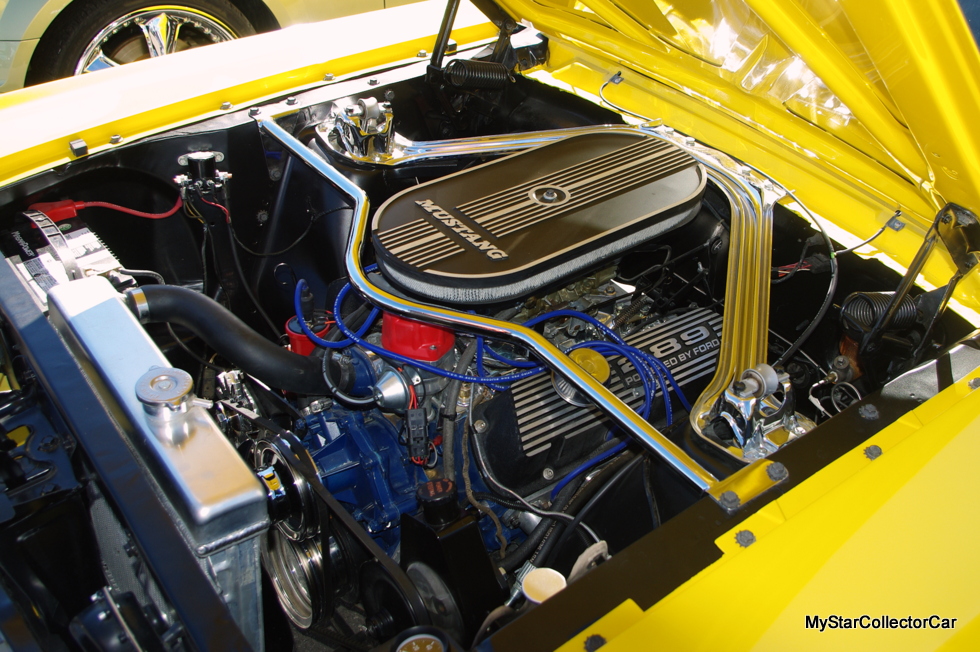 The interior was done by a guy who rarely takes on projects like a ’65 Mustang. He specializes in Mustangs so Stan had to interview before he would take on the job because he; “didn’t want his name tied to a car that wasn’t up his specs”. 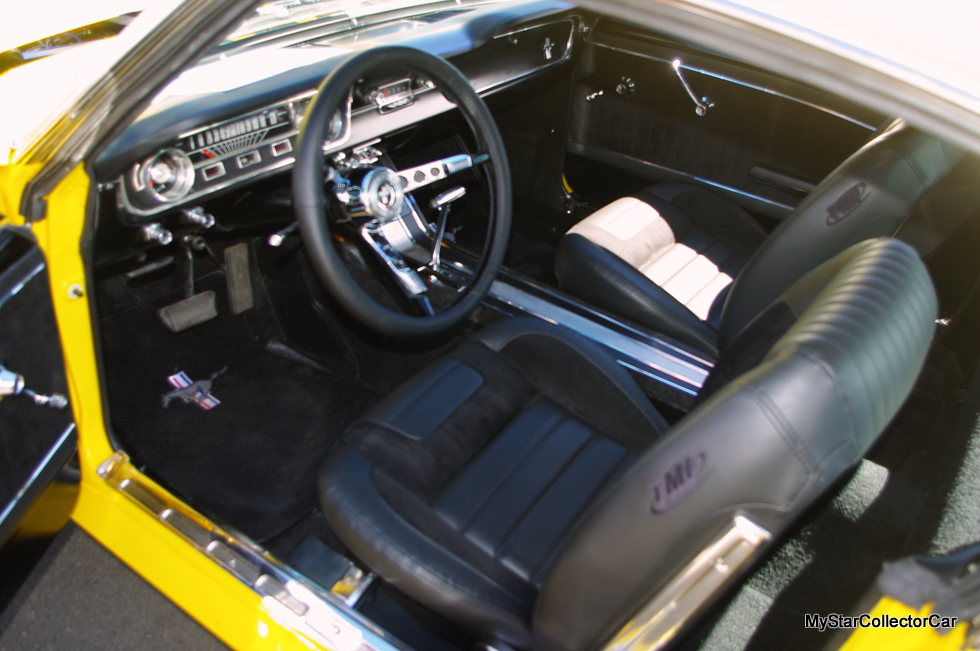 The car is far from full time employee status now because Stan prefers to trailer his beloved Mustang to shows in 2016. It shows 220 easy miles since the project was done so the daily driver days are part of its distant history. 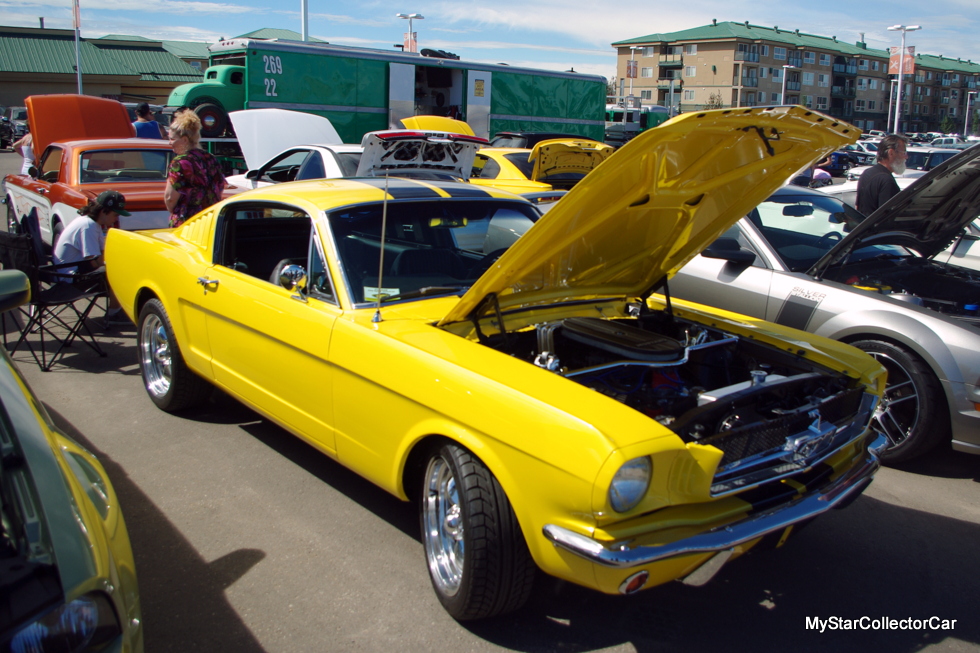 The last piece of the puzzle is the succession plan is who gets it because Stan has two sons in their 40s but there’s a simple solution.

‘Give it to the kid who was in on the emergency run to the hospital. ‘