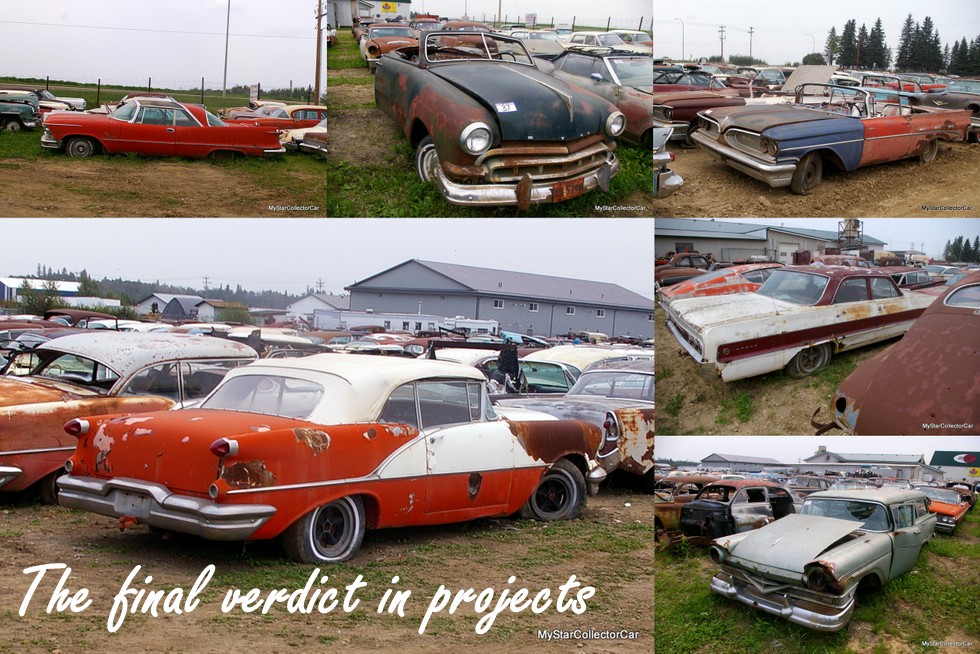 There isn’t a car guy on the planet who doesn’t wander through a wrecking yard and see possibilities.

Every car there is a potential dream on wheels in car guy world but how realistic are these dreams?

Here are six potential projects so the question is—save it or bale it?

The first one is a 1957 Meteor wagon. American readers may need a refresher course on these cars but basically they’re a Canadian version of a Ford. ’57 Meteors are fairly rare and wagons are even rarer. 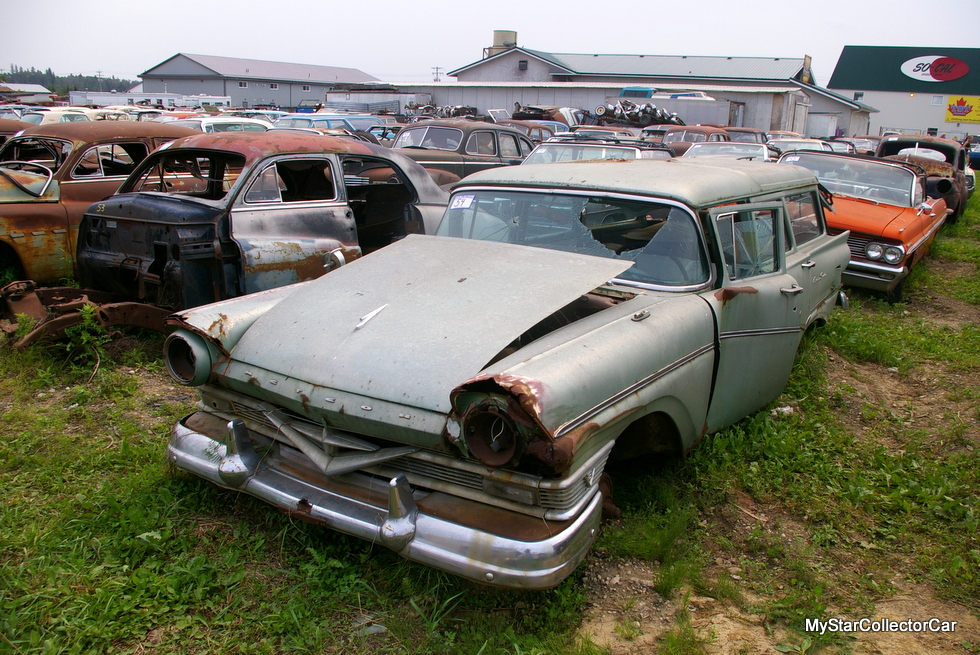 This one has most of the extremely rare trim pieces so you won’t chase the rainbow in a search but it’s also going to need a new windshield and lots of dedication because there’s a lot of visible rust, a crappy interior, and it probably doesn’t run so this is a big job.

Save it it bale it? Sure it’s a massive job but you have to save it for one simple reason—it’s a ’57 Meteor wagon.

The next car is a tougher call even though it’s in better shape than the ‘57 Meteor wagon. It’s a ’57 Imperial two-door hardtop. 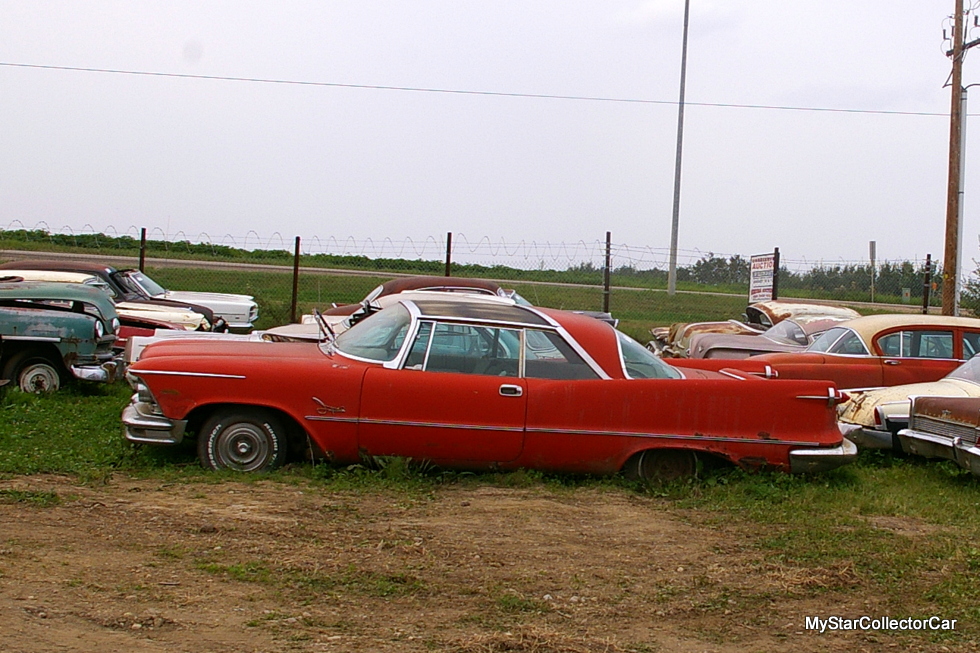 Again, this is another massive job but it’s all there and the body looks reasonably solid (on the surface). The big question is the return on investment because you have to be a fanatic about these massive Exner era rides. This baby is going to cost you countless hours and a second mortgage on your house.

Save it or bale it? Save it—you’re only going to get one chance in your life to save a classic and rare 50s ride-and this Imperial is it.

You can go to hundreds of shows before you’ll see a ’56 Olds convertible and this one looks like it’s well within the range of project status. The trim seems to be there and the body isn’t the worst starting point  but again-this job is not for the faint of heart. 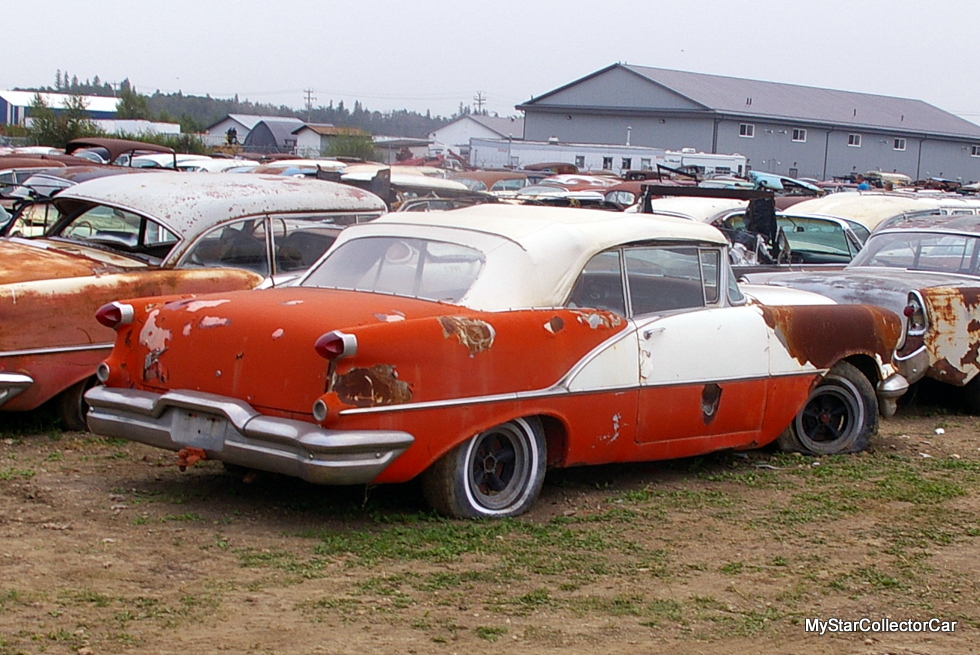 Save it or bale it? Save it in a heartbeat because it might even be worth what you spend on it—‘50s convertibles are like a giant bar of gold.

Here’s another Canadian ride. This is a ’51 Meteor convertible so it’s a unique car and it’s a shoebox. Some of the trim is gone and that could be a problem plus it’s a massive job. 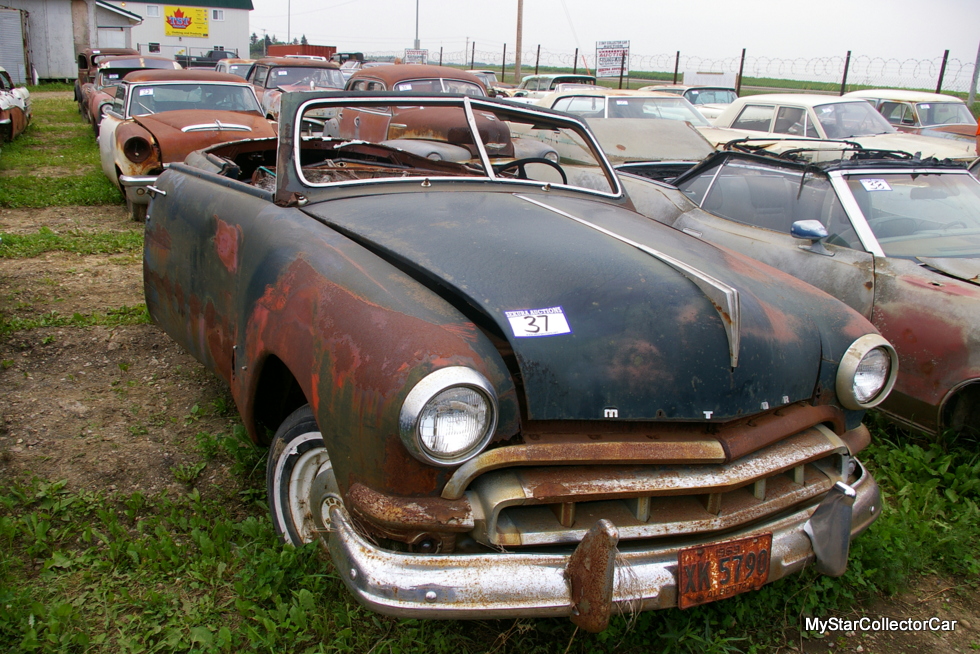 Save it or bale it? Save it—you’re going to have a rare shoebox Canadian Ford.

This is a 1959 Pontiac Parisienne convertible and the chances are you’ll never see one at a show because it’s another Canadian ride and you don’t see any form of Pontiac convertible at any shows. 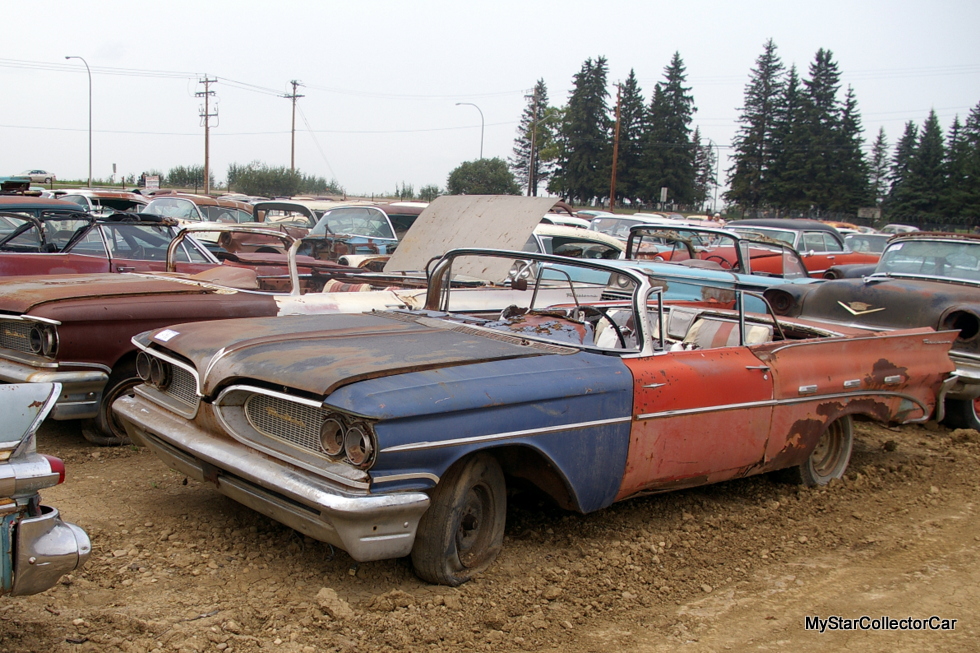 It looks complete but you’re going to spend every waking hour and a boatload of money to bring it back to life.

Save it or bale it? Save it because there will only be you and two other guys on the planet who own one.

The last one is a 1964 Impala 4-door sedan. It’s very complete and there are books full of parts but it is a big job. 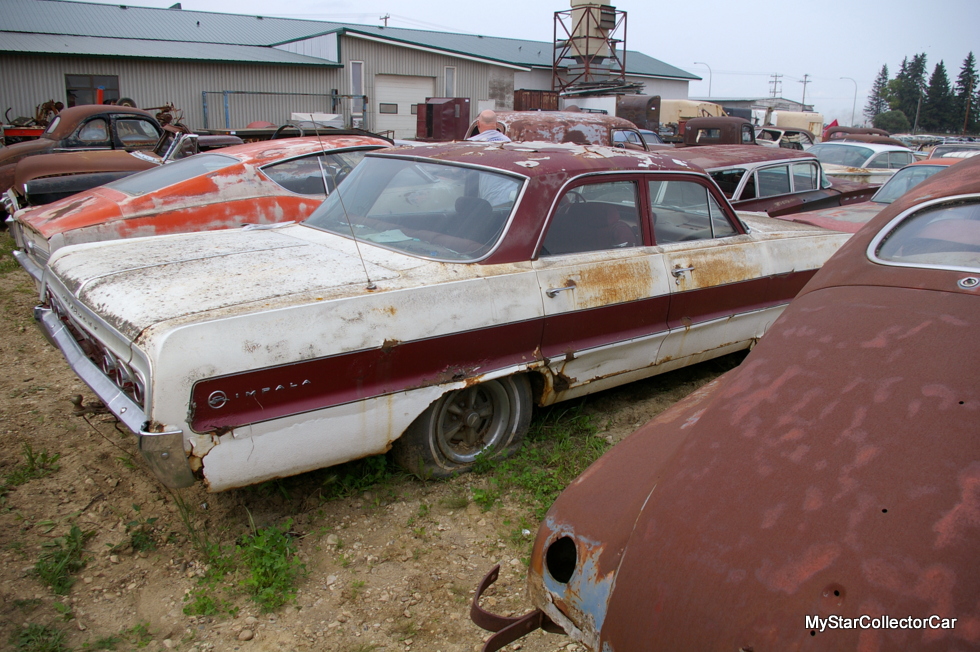 Save it or bale it? Bale it unless it’s your grandfather’s last car or you had one exactly like it as your first car and you never got over it.

It may be a field of dreams but you have to be realistic.