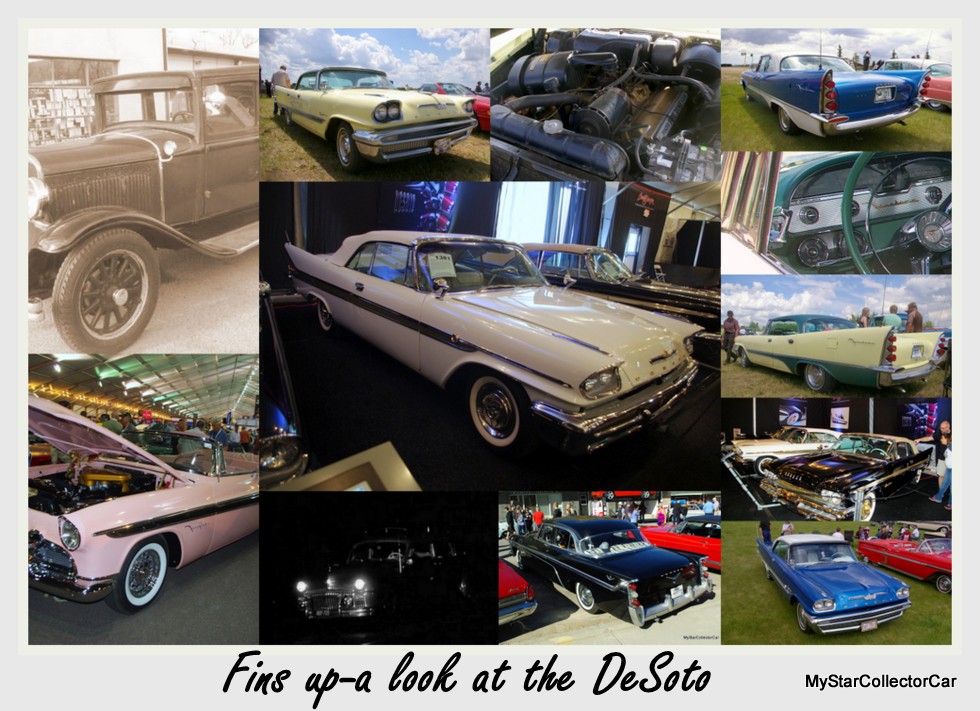 DeSoto is a familiar name to car historians and Mopar fans, even though the last one rolled off the assembly line in 1961.

The first DeSoto left the factory in 1929 when Walter P Chrysler decided to expand the Mopar family in 1928.

The DeSoto brand was a tribute to Spanish explorer Hernando de Soto and his efforts to find gold and a passage to China via the southern United States in the 1500s. He was largely unsuccessful in both endeavors and died on the banks of the Mississippi River in 1542. 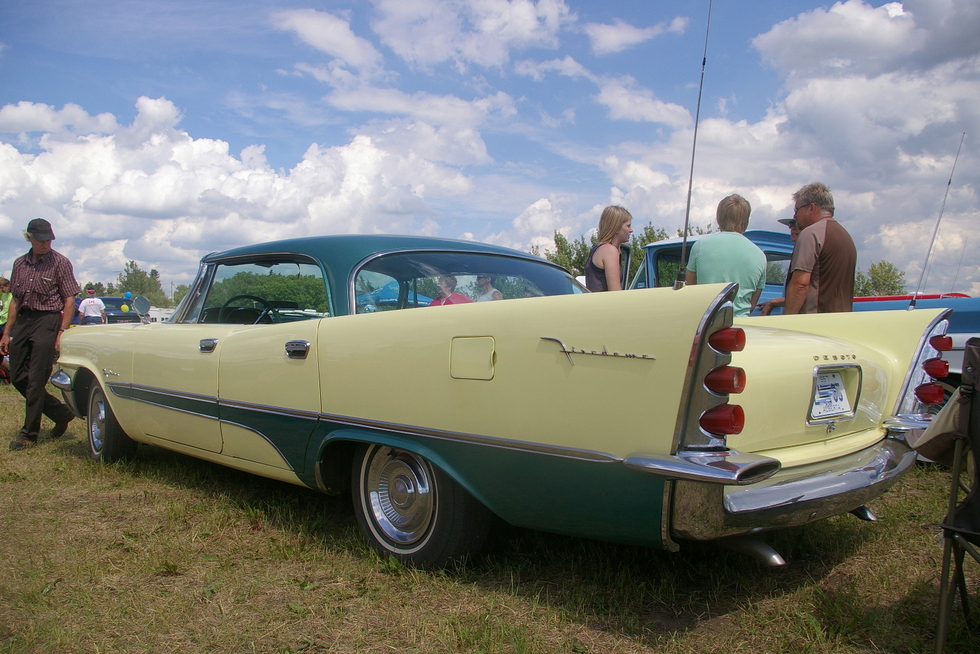 However, de Soto did become a part of early American history during a time when it was a disputed territory between Spain, France and England. Eventually the United States made its own choice to become none of the above and gained its independence the hard way.

American history was clearly not lost on Walter Chrysler and he used the DeSoto name for 32 years on his cars. The De Soto was an upscale member in the Chrysler family-not quite Chrysler or Imperial-but a notch above the Dodge and Plymouth in terms of luxury. 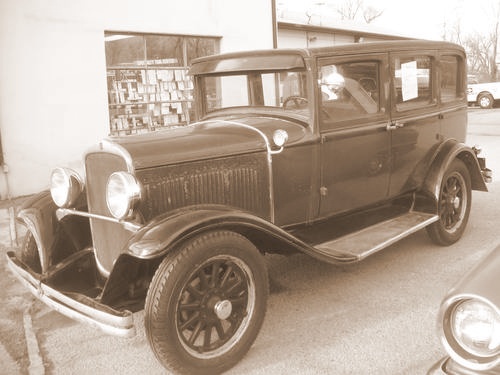 DeSoto was a mainstay in the Chrysler lineup for many decades, but it was not considered to be a sexy car. In fact, a 1948 DeSoto was the butt of many jokes for the Cunningham family in the ‘Happy Days’ TV show because it was an unglamorous car that embarrassed Richie Cunningham every time he drove it. 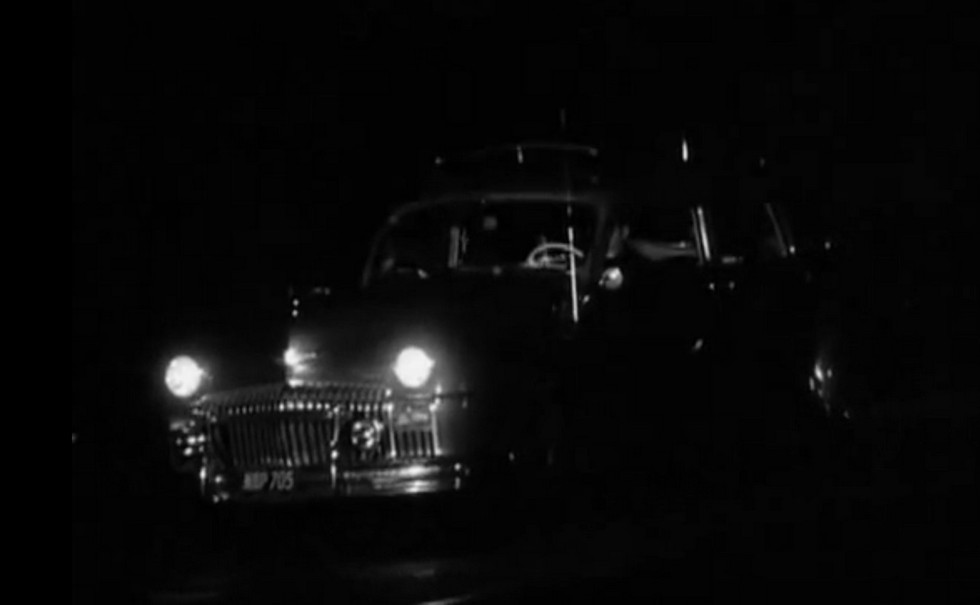 ‘Happy Days’ was set in the mid-50s and that was right around the time when the DeSoto got even cool enough for Fonzie. The cool factor went off the charts when DeSoto got fins and became one of the most strikingly good-looking cars of the latter half of the Fifties. 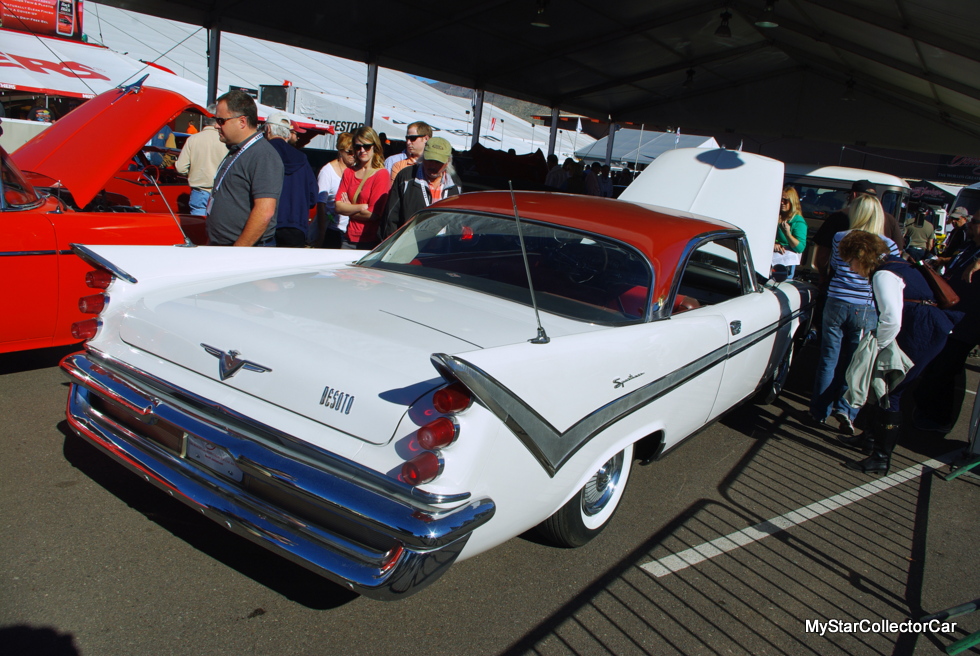 Elvis loved the big Caddies but he would have been even cooler behind the wheel of a DeSoto when he became one of the most famous practitioners of a new music style known as rock and roll. 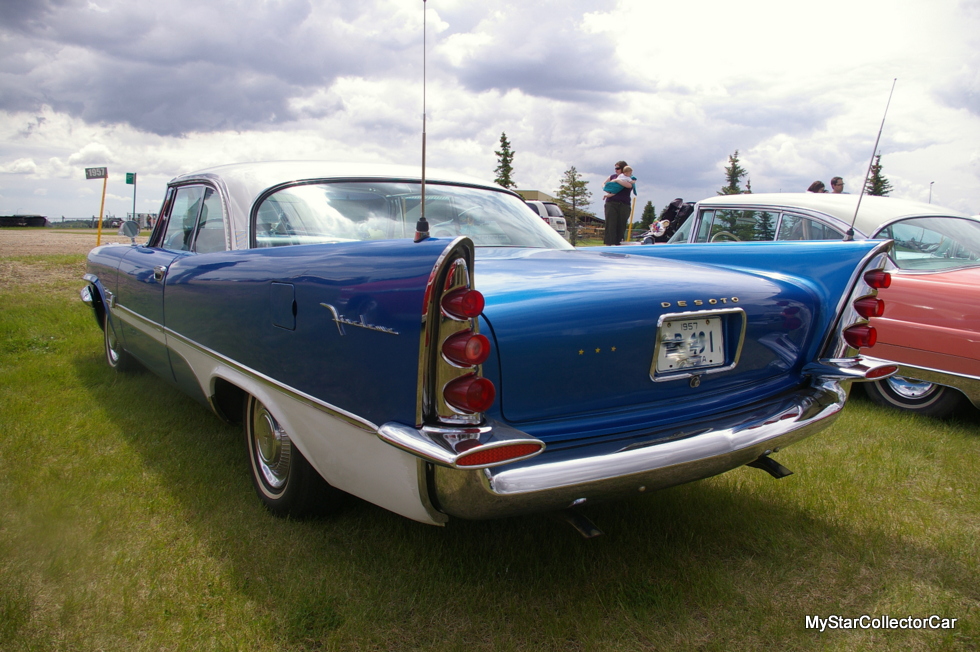 The shift for DeSoto began in 1955 when Detroit turned a page in style and built lower, wider and sleeker style into their cars. DeSotos had baby fins in 1955 and upped the ante on tail fins in 1956 when they became more prominent on the back of these stylish Mopars. 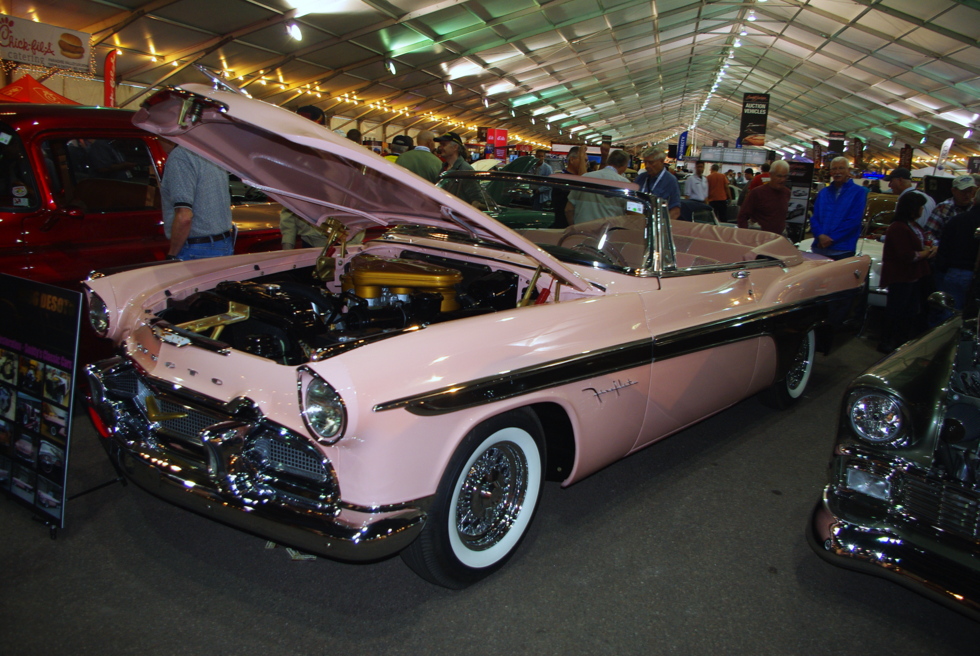 The 1956 DeSotos had a triple set of round taillights on the back end that housed brake, signal and back up lights for the cars. The intention was pretty simple for DeSoto: build a sleek car that appeared to have rocket boosters on its fins to celebrate the dawn of the Space Race in the late 50s. 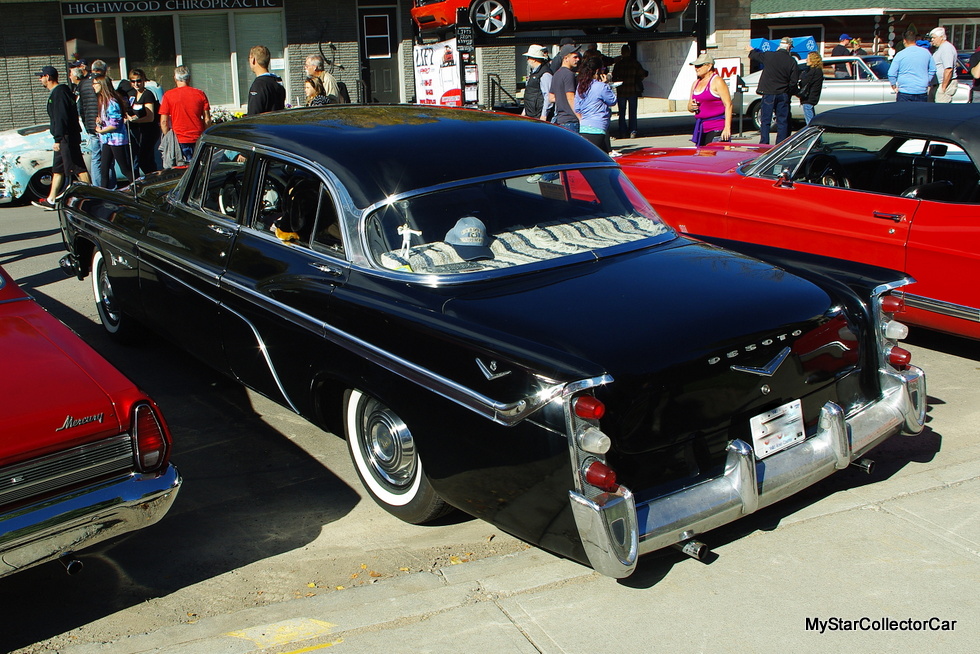 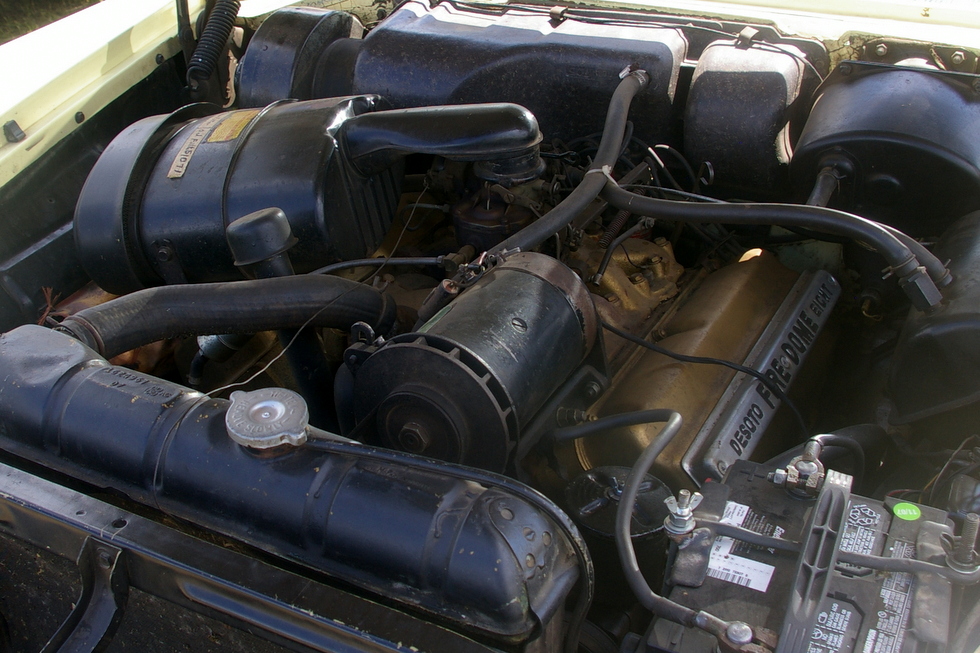 The 1957 and ‘58 DeSotos run neck and neck for the title of coolest DeSoto ever built and a convincing case could be made for either year. The fins were large-and-in-charge on both the ’57 and ’58 DeSoto models so the issue may be settled on the front end where the distinction between the two is the number of headlights (2 until mid-’57 and 4 in ’58). 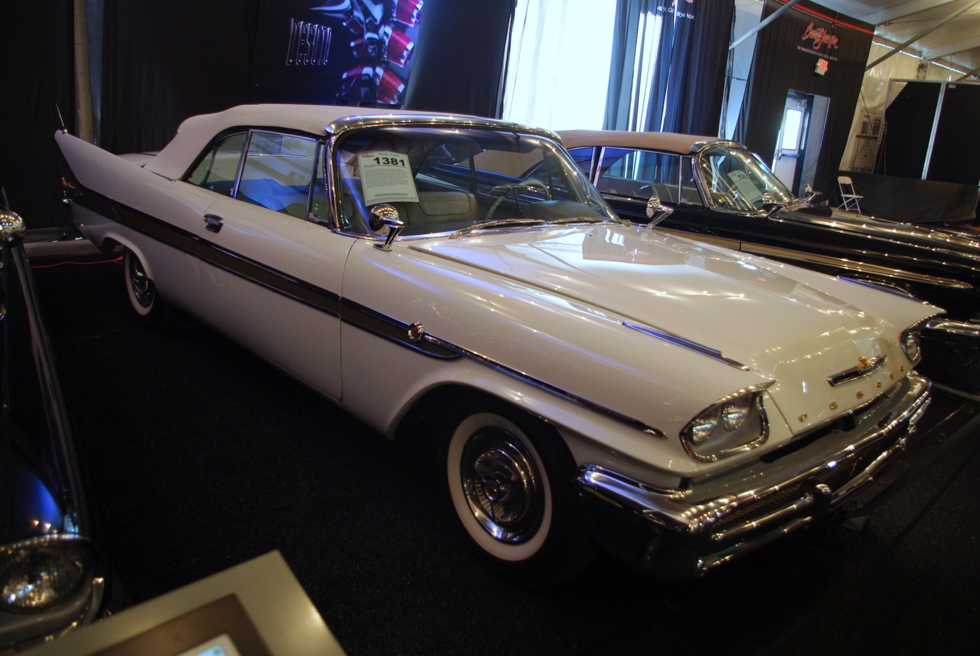 The rake of the two cars adds to the cool factor because the big rear fins give the car a slight downward tilt from the rear to the front and made the cars look fast even while they were parked. 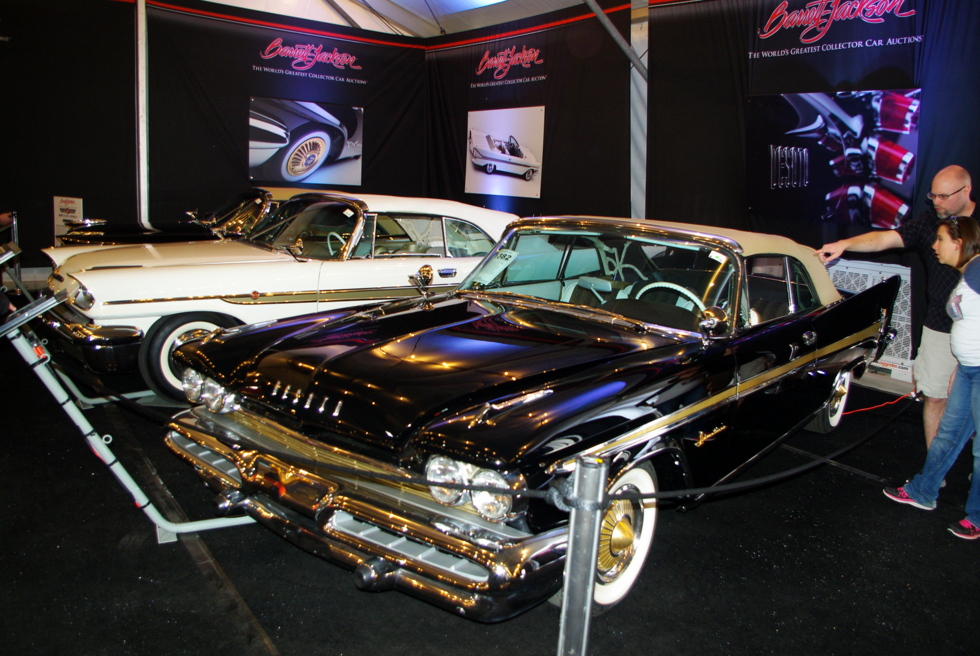 The DeSoto brand is long gone from parent company Chrysler but its legacy will always be a car that eventually became one of the coolest cars ever built because of its finned wonders from the late 50s.