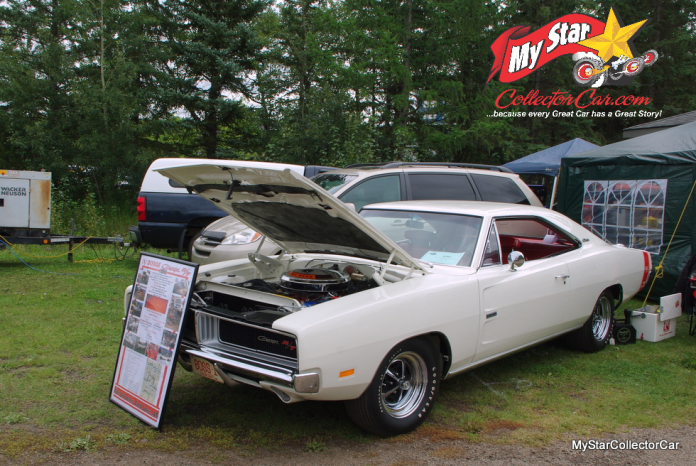 Las Vegas gives better odds than some car projects because the wrong one can be a huge gamble.

The biggest reason is the human side of the equation because reality sometimes clashes with a seller’s description.

Ron Urlacher is the proud owner of this classic Mopar B-Body and he admits it was a real adventure to get it to the stage it’s at now. This is an incredible car but the starting point and this version of the Charger are two different concepts.

Ron explained how “a guy in Toronto, Ontario had it and it was on eBay” so he won the bid and took delivery of what he thought would be a relatively easy project. That changed when he saw the car because it didn’t have a front clip and the hemi was long gone but the guy had boxes of parts to go with the Charger. The boxes of parts were mostly ballast because there was nothing of value in the boxes—Ron had paid to haul away junk but he grabbed everything just in case there was gold in the pile.

Despite the setbacks, Ron was still enthusiastic about his Charger because this is a rare car. It was only one of 29 shipped to Canada and the bench seat/column shift combination on this ’69 Hemi Charger is not a typical setup.

Ron started by making the car his own so he dumped the factory vinyl roof and changed the stripe to red from black to offset the factory white paint. The interior was completely redone to factory specs thanks to an aftermarket supplier.

He added the date code correct 426 Hemi and Torqueflite transmission because this Charger was a roller when he bought it. He said it “sat around for years” before the last owner took it to the point where it was when he bought it.

There was a bit of a sidetrack on the hood because Ron’s son found the original hood in eastern Canada. He knew it was the factory hood because one of the many previous owners had grafted on hood scoops. Ron said he couldn’t use the hood because of the crude work with the scoops but he would have liked to get it so he could hang it on the wall in his shop. The deal never came through but the Charger sports a much nicer hood now to complement the quality of the overall car.

Ron had three donor cars to help him with the project and he took what he could from them because he said “the little things like clips that are hard to find” and they helped in the reassembly of his Charger. He sent the rest of the cars to other guys who also needed them to further their own projects.

This ’69 Charger may have started in some disarray but most of the heavy work was done on the body so Ron did have an advantage in that area. The quality of the build is off the charts and Ron was kept busy answering questions about his RT throughout its time at a car show.

They were asking questions for a reason—this Charger was an award winner at its first World of Wheels in Calgary, AB and it also won at the 2019 Draggins show in Saskatoon, SK.

That’s a pretty good ending for a roller body and a box of parts.