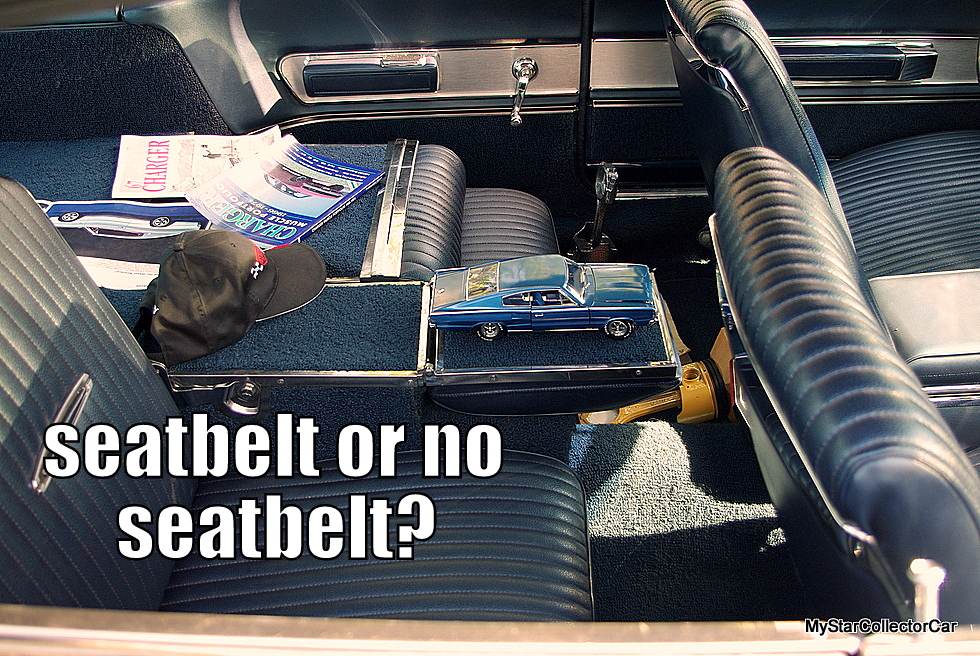 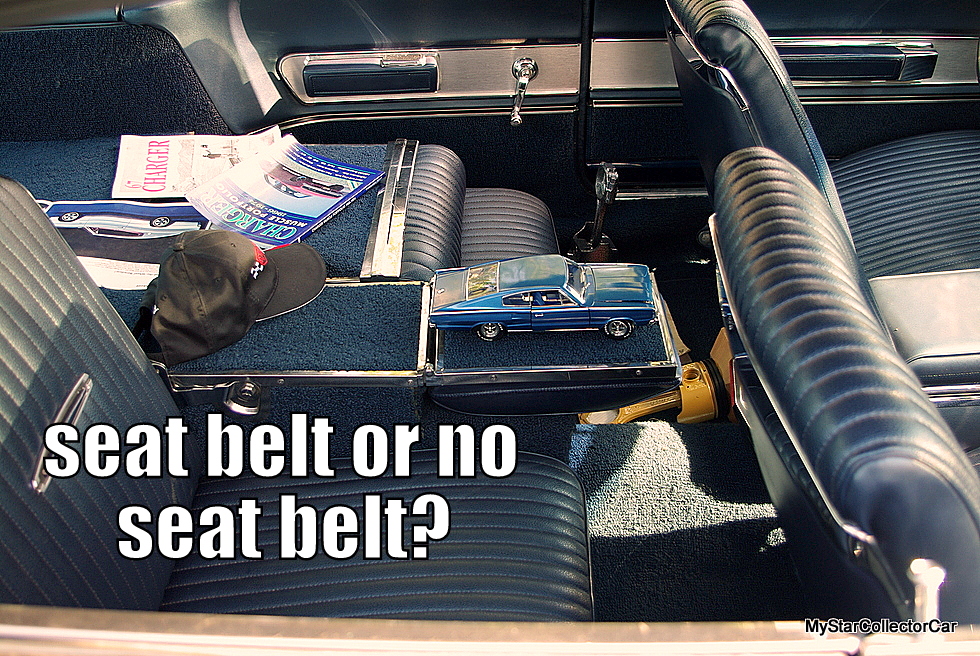 The vintage ride hobby is alive and well in the 21st century and there are many reasons to explain its excellent health.

MSCC has decided to list one of the best reasons why the old classics are still rock stars for us.

One of the reasons we at MSCC like the old iron is no seat belts. 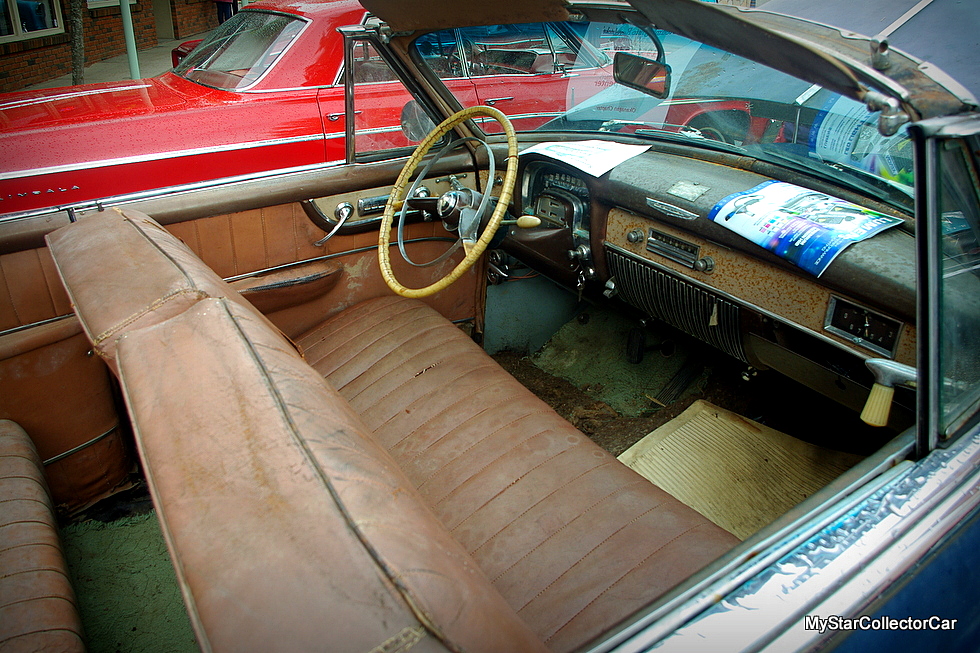 There was a time when seat belts were unavailable or optional in most American cars and most buyers were highly unlikely to add this extra cost to their new car purchase.

We were kids from a different era, the great one without the bubble wrap around kids. No seat belts in old cars remind us of that golden time before our new age of parental paranoia where perceived danger lurks in every corner of their kids’ lives. These days an un-tethered kid in a car would likely set off a firestorm of controversy about irresponsible parents in our new over-protected nanny state.

We never wore seat belts when we were kids, even in cars that had them as we got older and more cars had them. 1966 was the first year when rear seat belts were mandatory in new cars and very few of us had to use them when we rode in seat belt-equipped cars. 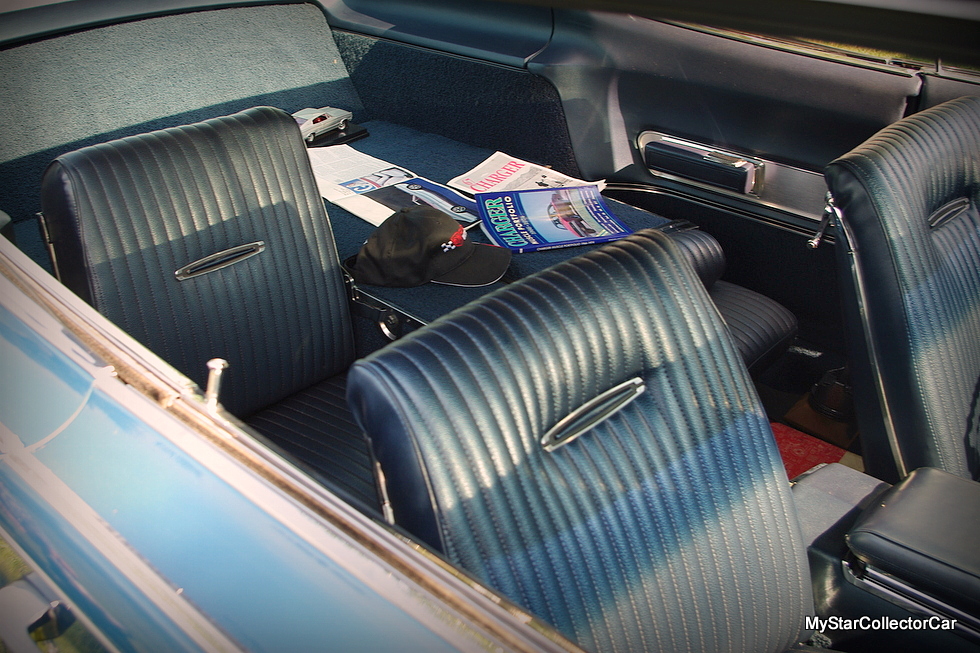 These days we only wear seat belts because today’s laws require us to wear them in new cars equipped with them from the factory. Take away the seat belt law and we would unbuckle in a heartbeat.

Retro-fitting seat belts in vintage rides that never had them is not required in most jurisdictions. We recommend that car guys who live in places that require seat belts be installed in old cars move to places where they are not required in old cars. There are probably other good reasons to move away from any place where bureaucrats reach this level of nanny state insanity. 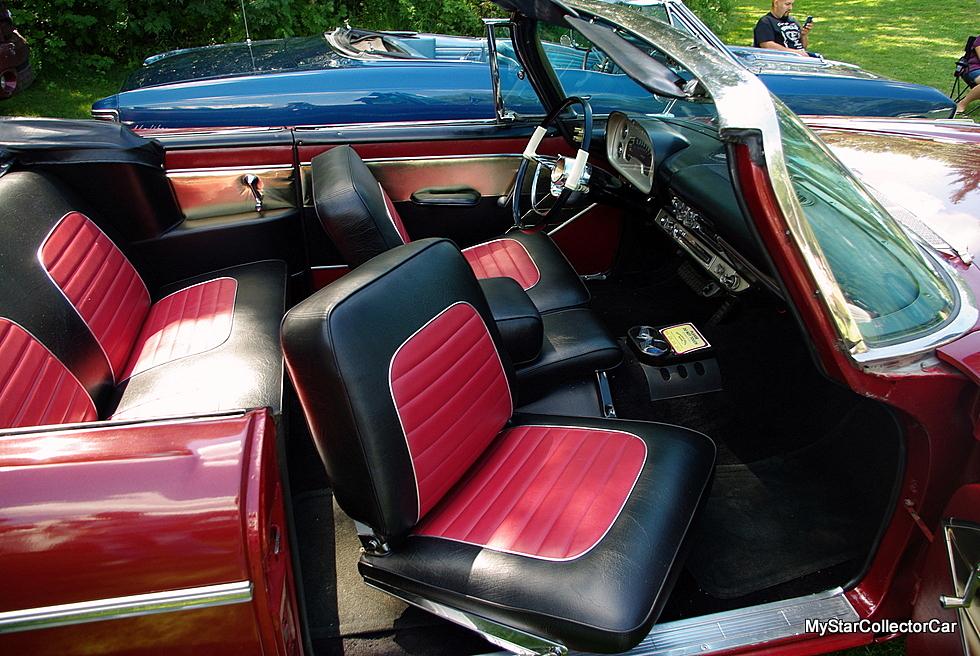 One of the main arguments for seat belt use is a car crash and one of the main reasons for crashes in 2015 is distracted driving. There are many distractions for today’s drivers, including a car equipped with video components like a TV or satellite radio system that help keep eyes off the road in front of them and on the equipment in the car. 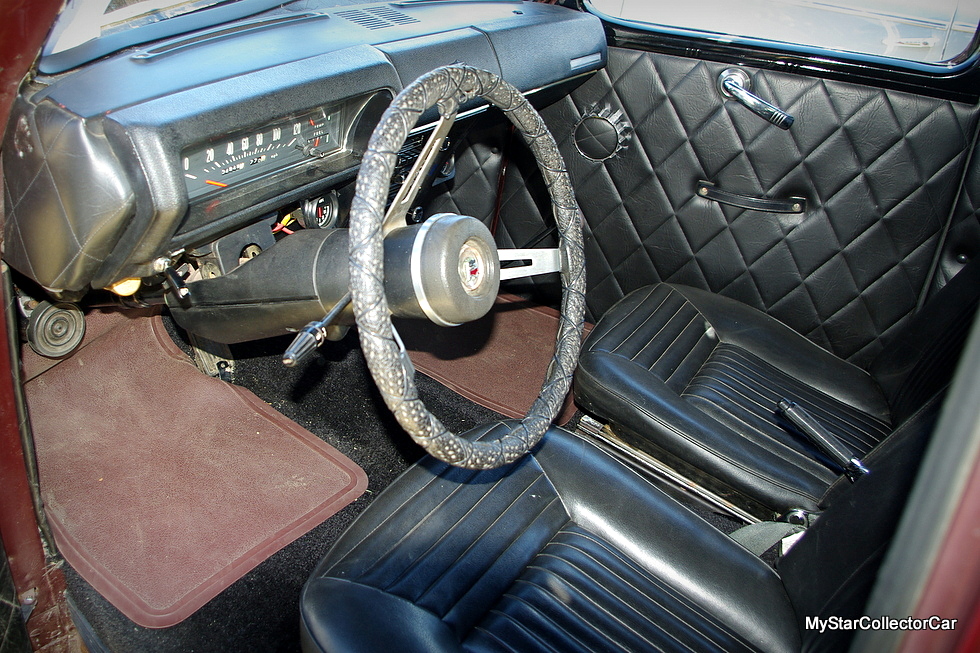 Throw in a texting or cellphone-cradling driver and you have a recipe for disaster on the road. These situations were non-existent in a bygone world of motoring and the old cars can still alleviate the distracted driver problem in 2015.

The reason is pretty simple: old cars require too much of the driver’s attention in order to stay on the road. You cannot hold a cellphone in one hand and drive an old car with the other hand if you want to avoid the ditch.

Old cars have more requirements for drivers. A three-on-the-tree manual transmission will not shift itself so drivers have to find the right balance of clutch and gearshift to change gears. Think this is simple? Then you have not driven an old car or truck with a spongy clutch and wonky shift linkages. 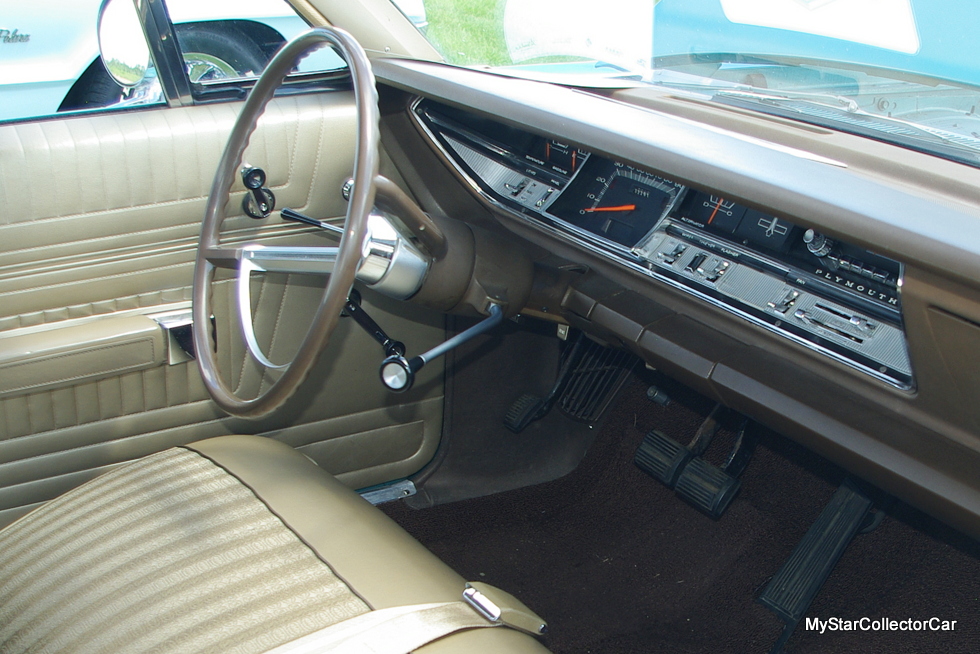 Throw in manual steering with old school play in the wheel and that old car will have your undivided attention, particularly if you plan to apply the non-boosted four wheel drum brakes in heavy traffic.

MSCC sees the magic in our automotive past and celebrate it every day on our web pages.

No seat belts in old cars is just another way to celebrate the magic.