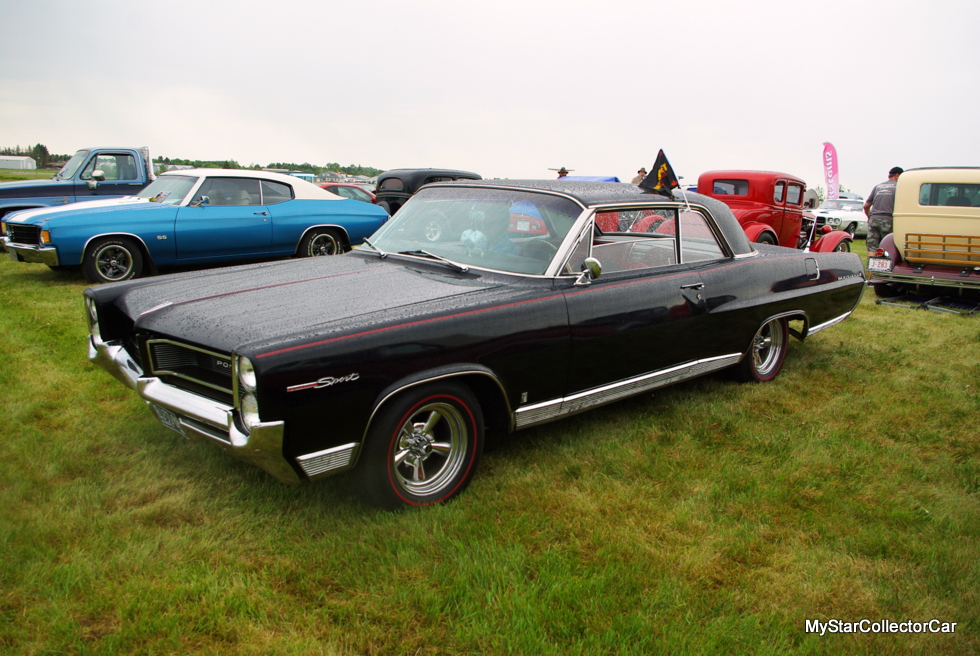 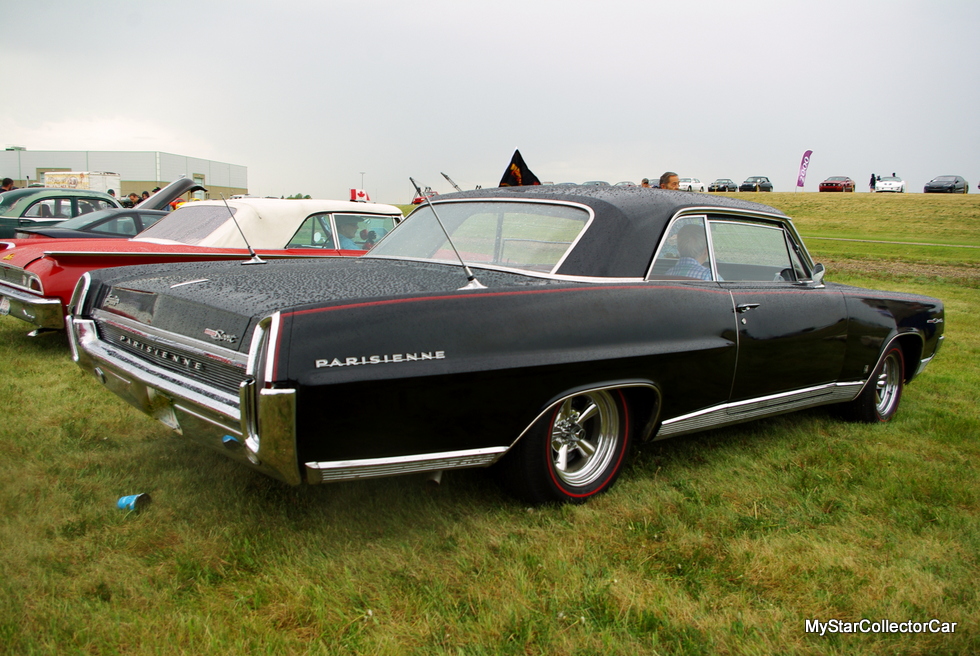 The name Pontiac Parisienne may be unfamiliar to some of our MyStarCollectorCar readers.

The Parisienne models were only built in Canada and offered a somewhat bilingual model choice for Canadian consumers. 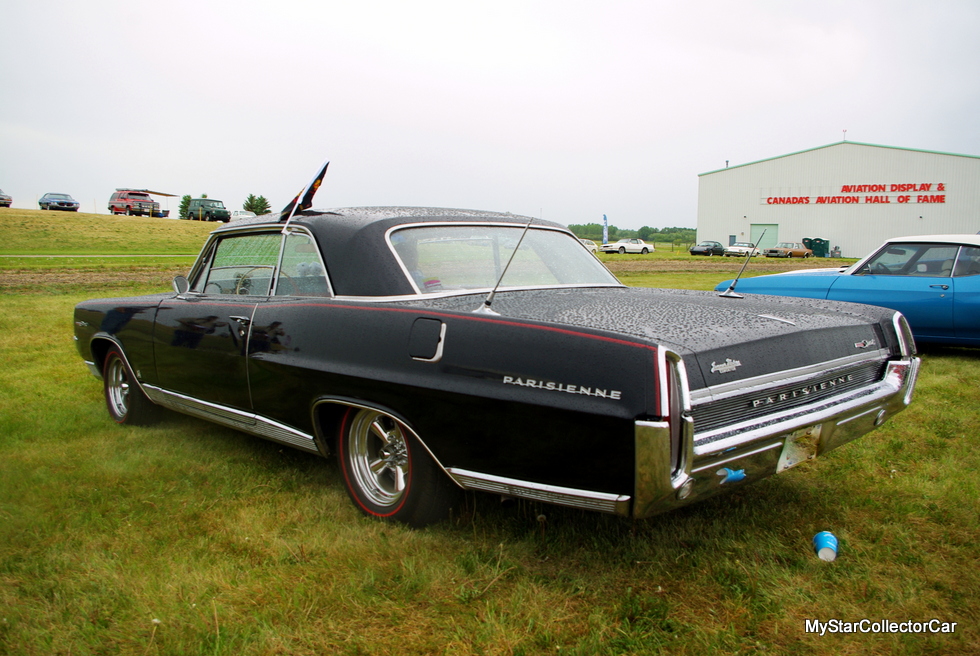 Jack Datzoff is only the second owner of a 1964 Pontiac Parisienne and he was able to fill in the blanks about his car’s history over the past 54 years. The car was originally purchased by a carpenter who drove the car to remote work sites that included the oil sands community of Fort McMurray, Alberta. 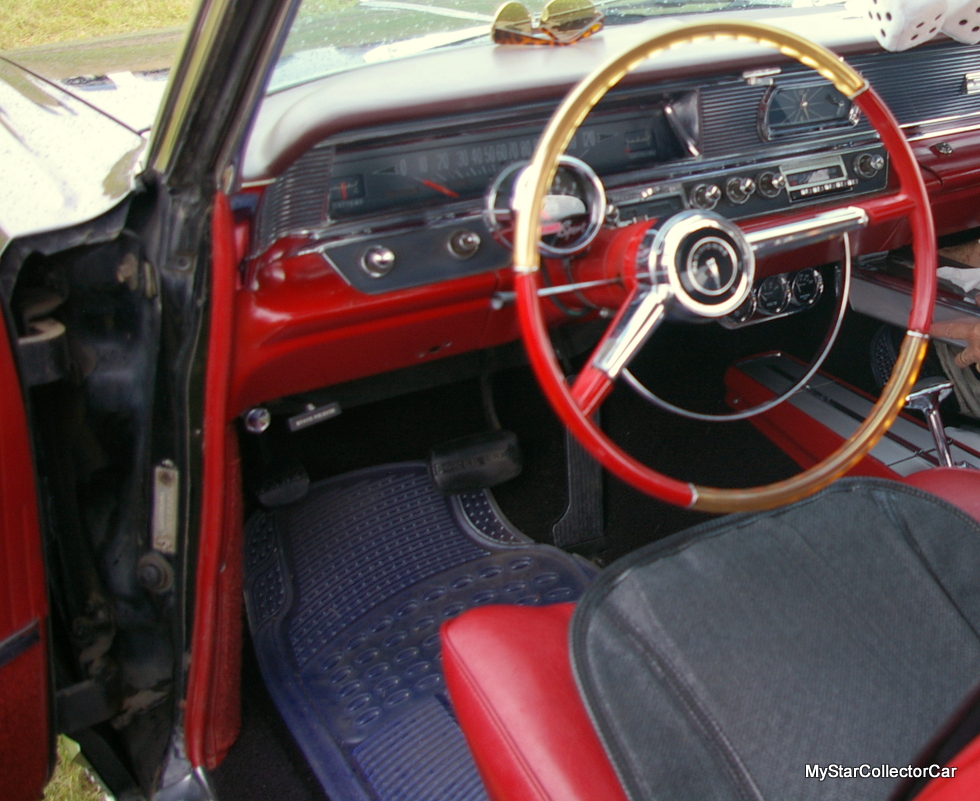 The man was single and able to spend time in a region where he could make a livelihood building the oil extraction plants during the early days of the process in the Fort McMurray region.

Jack learned about this ’64 Pontiac from an appraiser who was involved with the carpenter’s estate after he passed away in 2017. The car was put in storage  in a building with a cracked floor in 1978 and even had raspberry bush canes growing under the hood. 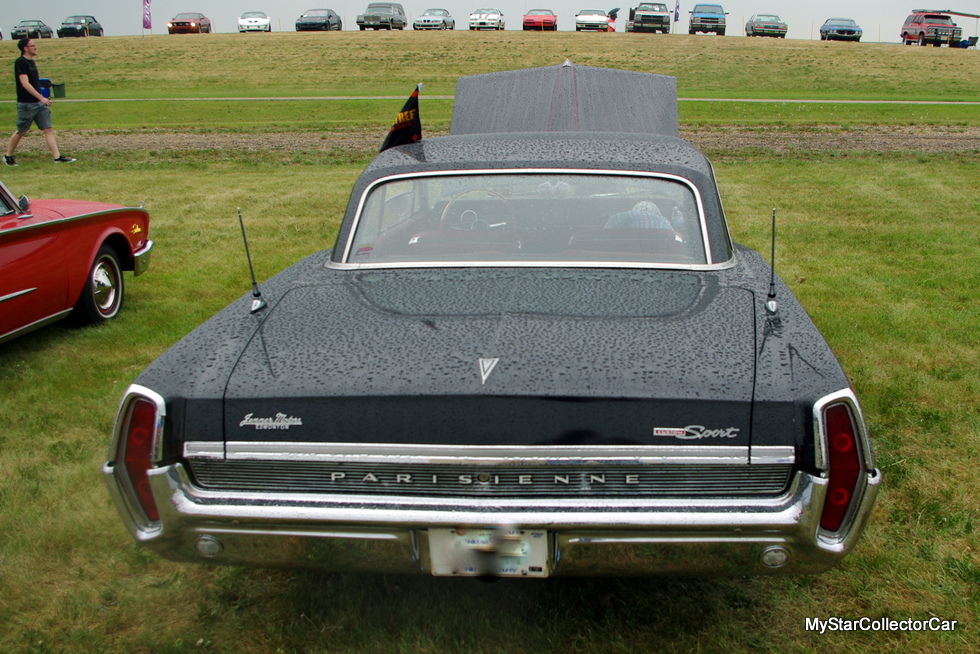 Overall, the years had not been too harmful to the car and eventually Jack became its newest owner because the Pontiac had plenty of reasons to purchase it. For example, the car still has its original paint job and the years out of the elements had been kind to the Pontiac’s exterior.

The undercarriage of the Pontiac required cleaning because the frame rails were “packed tight with gravel and oil”, according to Jack. He removed almost 40 lbs. of this oil/gravel combination from the car and attributes the rust-free metal under the mess to the encasement. 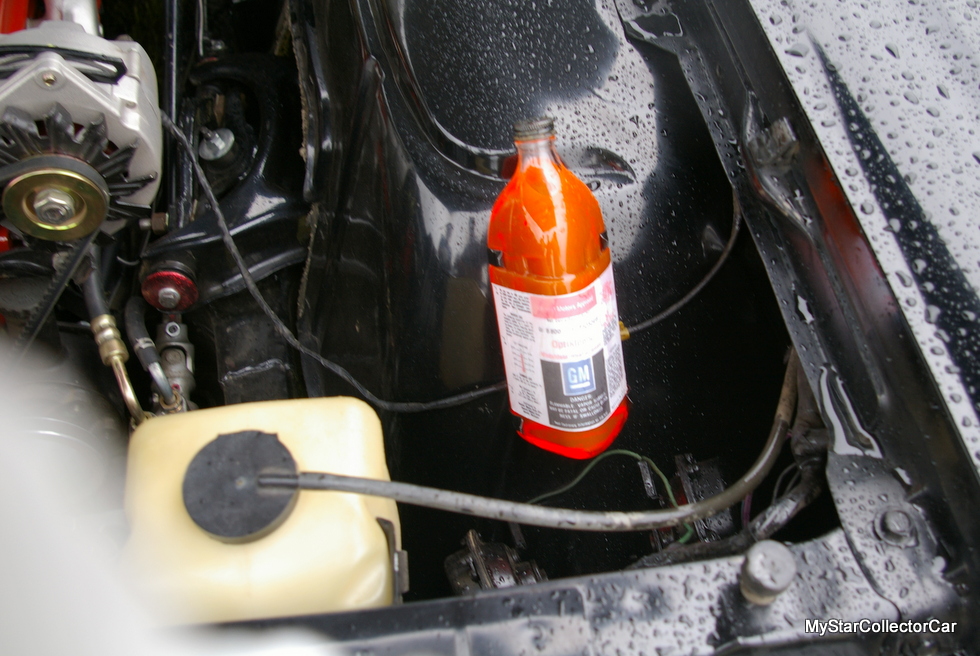 Jack also believes the remote oil sands location of the carpenter’s job was a major factor in the excessive oil/gravel collection under the car because he traveled to the work sites in his Pontiac. 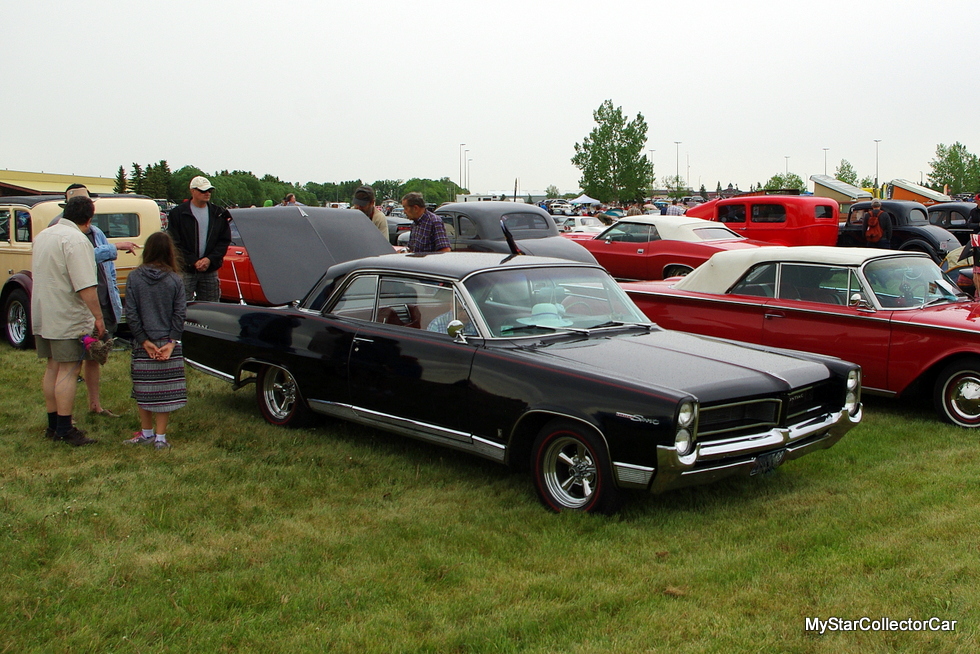 Jack mentioned the original engine in the car needed a complete rebuild so he compared the engine overhaul cost with the purchase of a new crate 350 engine. The crate motor was half the price so he chose the new engine and stored the Pontiac’s original small block. 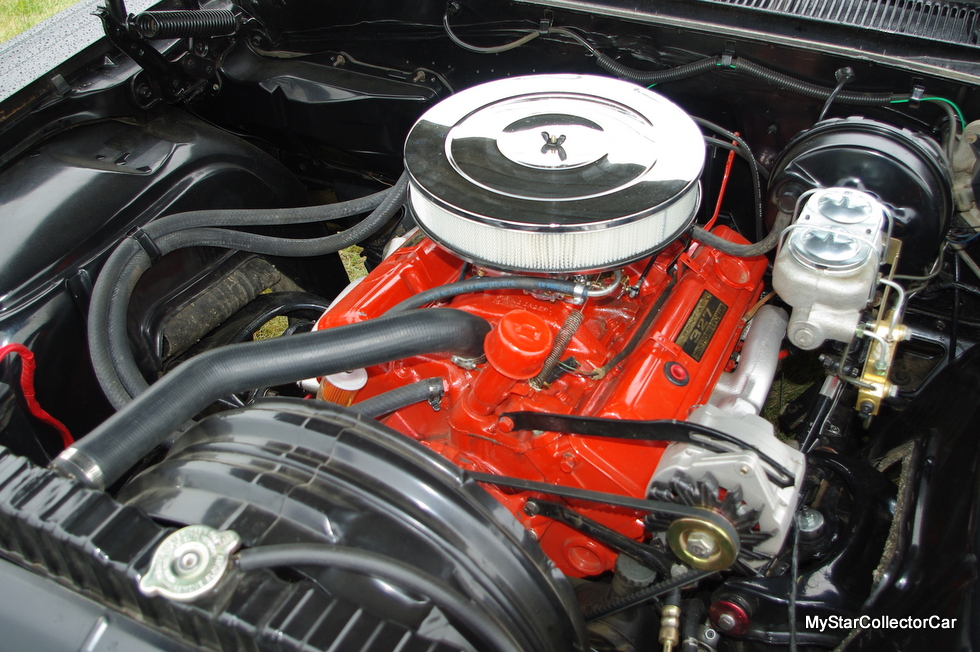 The crate engine bolted right up to the Pontiac’s factory two-speed automatic transmission. He also added the original Pontiac valve covers and intake to the new 350 engine to give the car more of a factory look under the hood. 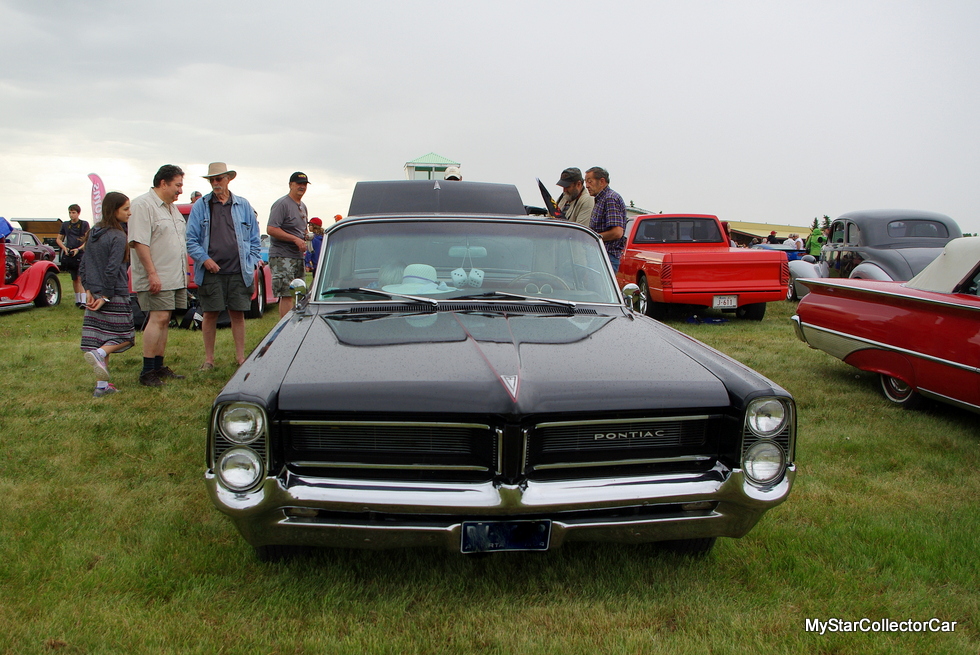 Jack added custom 15-inch mag wheels to his car, along with a pair of rear antennas to give the car’s original AM radio better reception and a cooler overall look to the classic two-door hardtop. 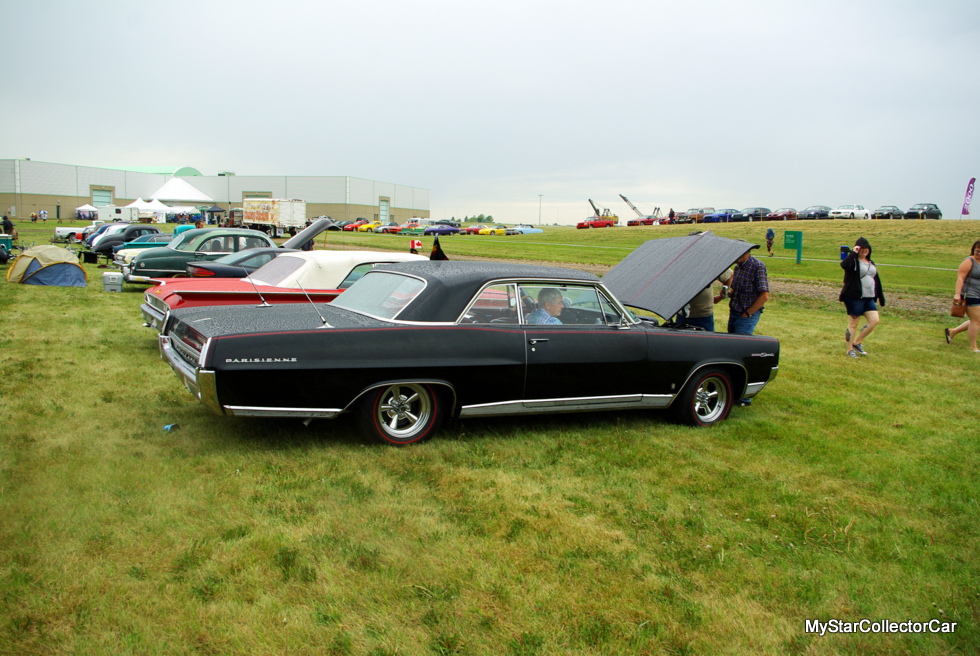 Jack also upgraded the Pontiac’s original power steering system to a more efficient new unit that works very well on the road, according to him. Jack also added a dual master cylinder brake system that now includes front discs to stop the Poncho faster than the factory brake system. 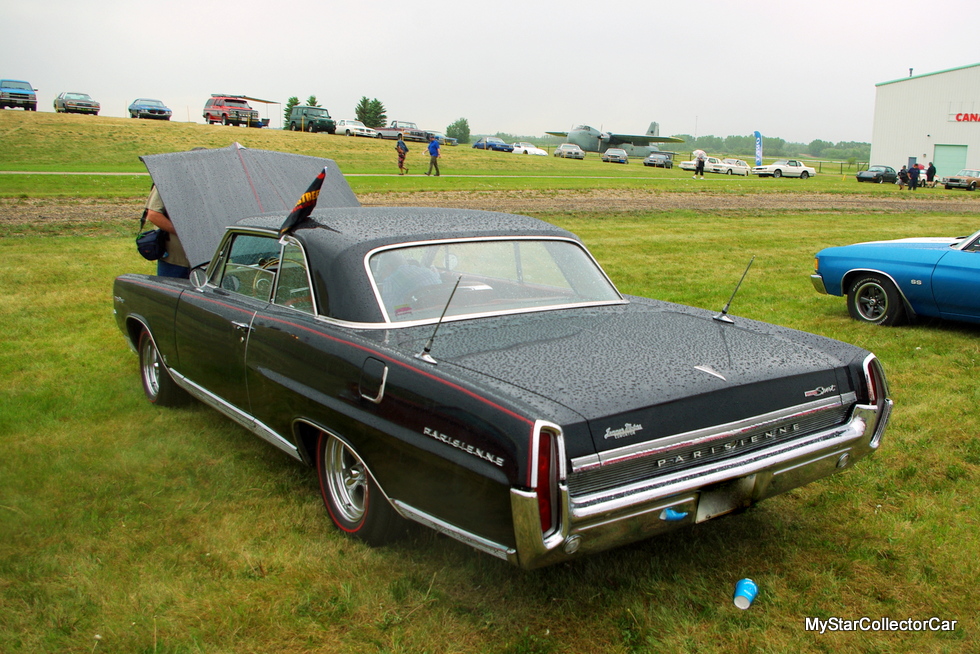 The happy result is a completely road-worthy car that is “great driving down the road”, according to Jack. He plans to enjoy the ride along the way whenever he gets behind the wheel of his stylish Canadian Pontiac.