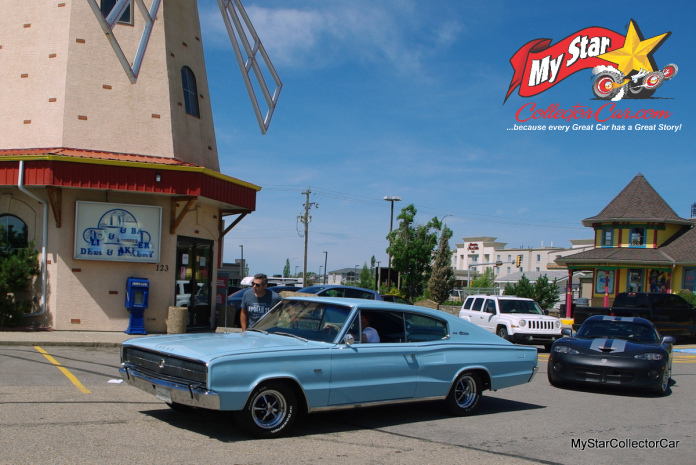 The first-generation Dodge Charger shared plenty of its DNA with the 1966 Dodge Coronet.

The results were mixed with the public because of the close design lineage between the Charger and Coronet models in 1966. However, there were many car guys who loved the design long after its debut in 1966 and Dan Melkert was one of them when he became the proud owner of a 1966 Dodge Charger about 18 years ago.

Dan spotted the Charger at a show and approached the owner about a possible sale. At the time, Dan owned a 1946 Dodge and a 1955 Cadillac, but he realized the cars had to be sold so he could buy the Charger. Dan summed up the situation thusly; “18 years ago, I made a commitment, never even knew what a ’66 Charger was (at the time).”

The Charger’s previous owner wanted plenty of money for the car and forced Dan into some tough choices, so he sold the Dodge to a car guy in Boston while the Caddy was purchased by a car guy in Bristol, England. Dan enjoyed cars from an earlier era up to that point, but the sight of the first-generation Charger had a huge impact on him.

The Charger was originally a California car, likely Stockton, according to Dan’s research. Mopar guru Galen Govier provided a detailed history of the car and confirmed the car’s striking blue paint scheme was its factory color.

The factory air conditioning was also included with the Charger, likely because it was sold in California where the AC would get more of a workout. Eventually the car was purchased by the previous owner and made its way to a car show in New Glasgow, Nova Scotia Canada where Dan discovered the Charger.

Dan moved to the other side of Canada and took his Charger with him. In his words, he has “pretty much done everything on the car (motor, tranny, chrome etc.)” over the ensuing years and now Dan enjoys every opportunity to drive his Charger.

The car only had 60,000 miles on its odometer when Dan purchased it, but he has added another 17,000 miles to that total during his ownership period. He loves the driveability of his ’66 Charger and added it “drives like a Caddy on the road”.

The factory 2:91 gears in the Charger are a solid mix with its factory 1966 Dodge Charger and deliver about 22 MPG on the highway, according to Dan. The car is “not great at the start-but great on the highway”, in Dan’s words.

Dan has done a few upgrades to the car, including a newer carb, electronic ignition, high flow 440 exhaust manifold, and a dual snorkel air cleaner to assist its performance. Cosmetic upgrades include Magnum 500 wheels with spinners on them.

The last word goes to Dan on his unique 1966 Charger; “I don’t go for trophies anymore. I had my fill of trophies and now I just drive the car”.