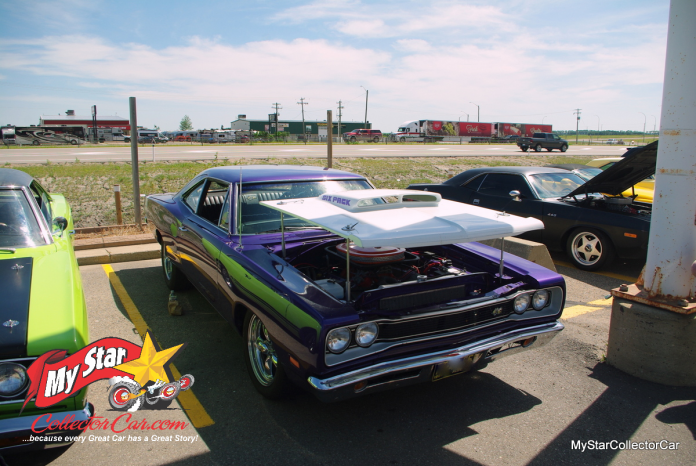 Ed Holland owns one of the coolest 1969 Dodge Super Bee tribute cars on the planet because he put his own stamp on the project.

Ed mentioned he was influenced by his dad because the man was a serious car guy who built an automotive legacy of his own over the years. The trend continued with Ed because he worked on the Bee with both of his sons.

Initially, the car was a Valentine’s Day gift for Ed from his wife, likely one of the most understanding women in the world, and somebody who truly knows how to buy a gift for a car guy.

The Super Bee boasts a beastly 440 under its hood and pushes out 500 horsepower with 600 ft lbs. of torque. Ed and his boys installed the brute force engine in 2016 and are well aware of its potential on the track. However, Ed likes the idea of a street machine and prefers the open road at this point for his Bee.

The Super Bee has 3:23 gears and Ed likes the ratio because they are “good highway gears” in his opinion. His short-term goal is to enjoy the car as much as possible on the road instead of a quarter mile track. Ed put things in perspective; “I want to use it around town before I beat it up on the track”.

He also added that he “wanted to drive every ounce of this car because it needs to be driven”. Spoken like a true car guy.

Ed recalled a test flight with his wife and how she reacted negatively to the Super Bee’s massive power capability on the road. He added “She made me get rid of the drum brakes” after that experience.

Now the ’69 Bee sports massive four-wheel disc brakes to rein in the large herd of ponies under its hood and make Ed’s bride feel safer as a passenger in the car.

One of the most common experiences with car guys is the cost of a project because the final tally is usually well beyond the optimistically modest projections put forth by every one of them at the start line.

Ed mentioned his wife “would have had second thoughts” if she knew how much her Valentine’s gift would cost after she bought the car, but also noted he will never sell the car because “it has too many memories of my boys” in it.

This father/sons project is now a priceless family heirloom that showcases the successful efforts of Ed and the boys after the Bee’s completion.

The tone of the build has always been Ed’s willingness to put his own stamp on the project, including the white hood, purple paint and stylish bee embroidered into the rear seat. He also left the CHED sticker on the car because he was a young fan of the AM radio station when it was a Top 40 giant in his area.

A 1969 Dodge Super Bee tribute car with a monster under the hood is capable of high velocity and subsequent bug splats on the road.