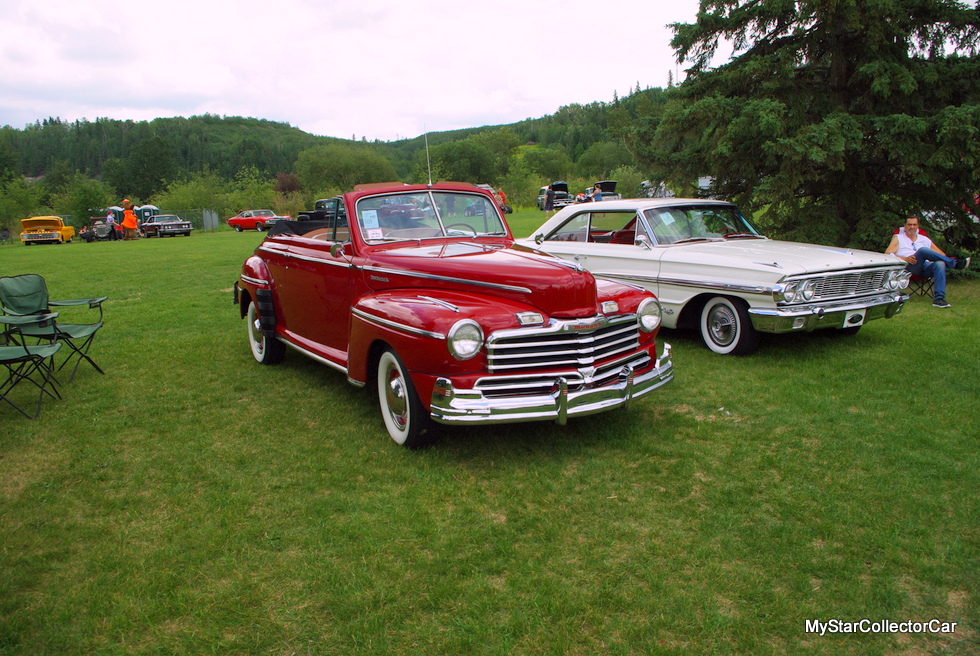 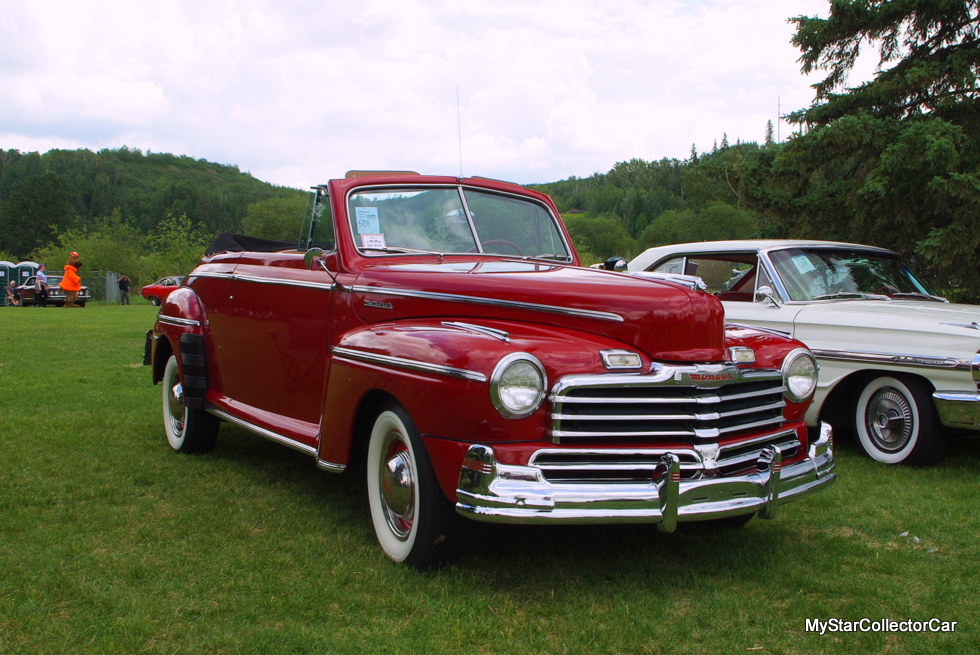 Ford of Canada produced different models before the 1965 Auto Pact agreement that ensured the United States and Canada would produce more models that ran under the same banner in both countries.

Prior to 1965, the two countries built cars that were different in many ways.

Ford of Canada produced several unique models before the Auto Pact agreement, including the Monarch model built from 1946-1957 and 1959-61 (not to be confused with the late 1970s-era Monarch sold on both sides of the Canadian/American border). 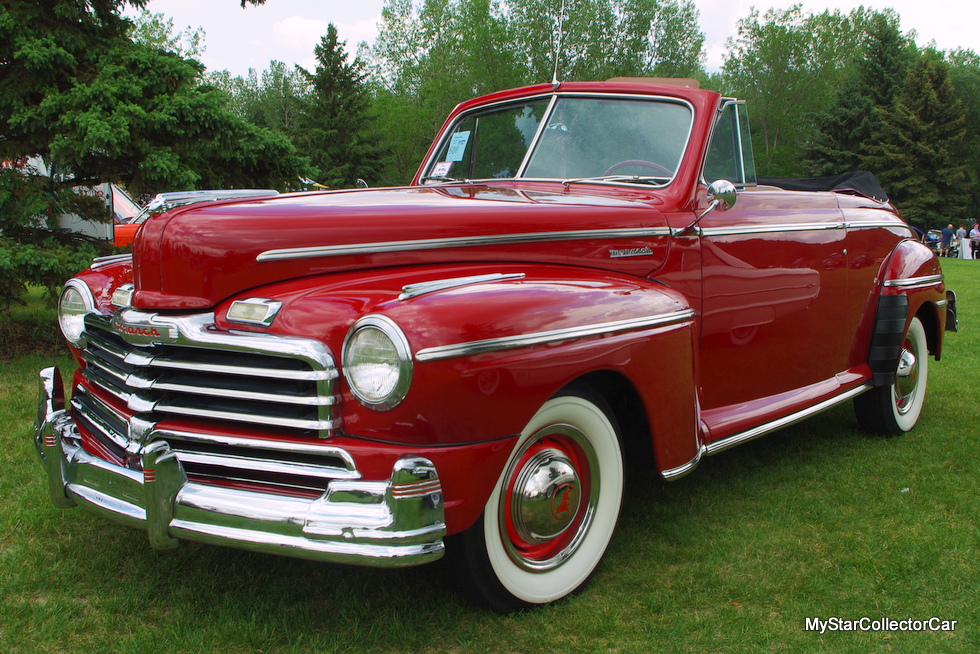 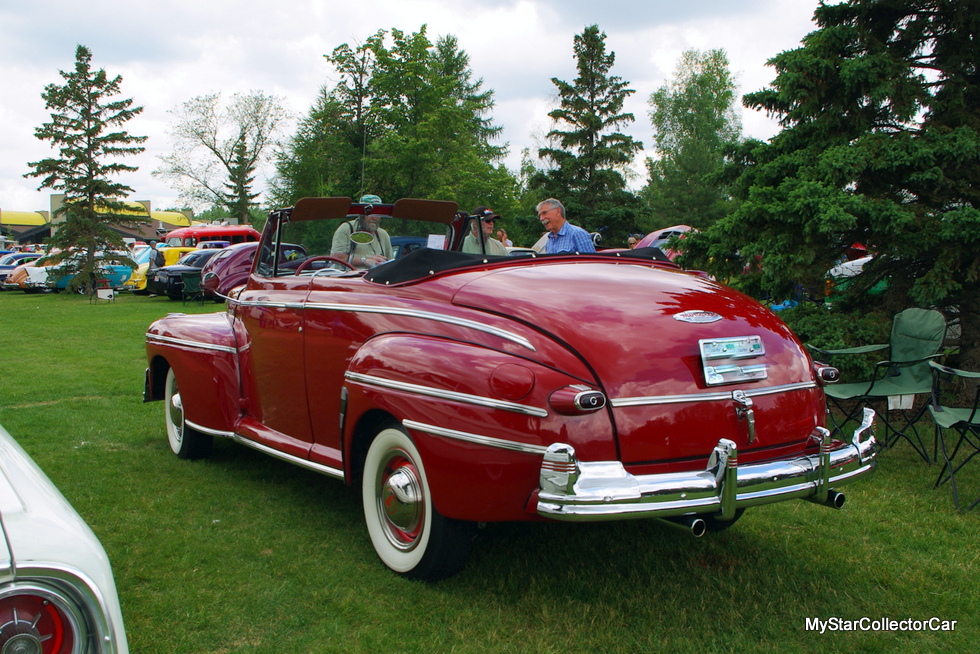 Merill’s car may well be the finest example of an original 1947 Monarch convertible in existence today. He has preserved the car in its original form with the exception of the dual exhausts that allow its original 239 cubic inch flathead V-8 to breathe better while it’s in operation. 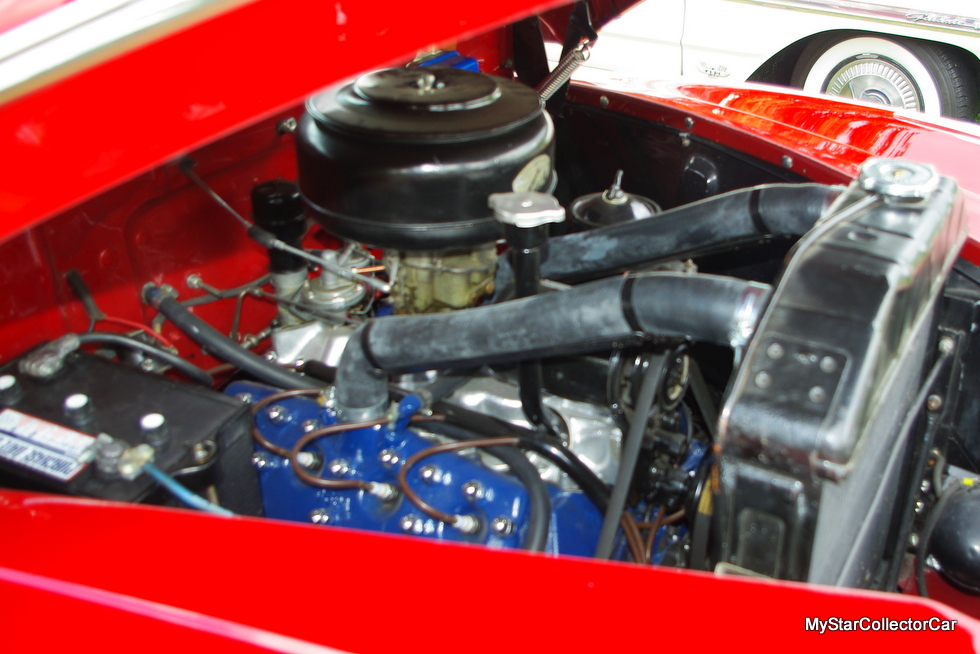 Merill told MSCC that he was “looking for a Merc when he tripped over a Monarch” four years ago. Merill decided to replace the Monarch’s convertible top and give the engine a valve job when he became owner. 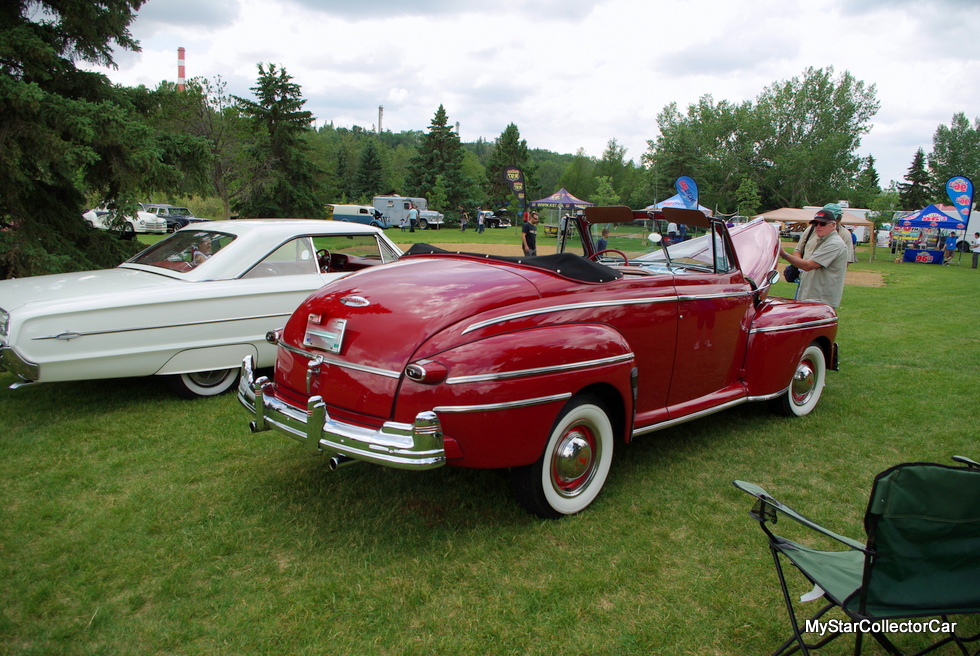 Merill also dealt with the manual transmission issue in his car and noted the running gear behind a flattie is “all the same when it comes to the earlier Ford models”. Ford’s compatibility factor made things a lot easier for Merrill when he decided to re-furbish his Canadian Ford model. 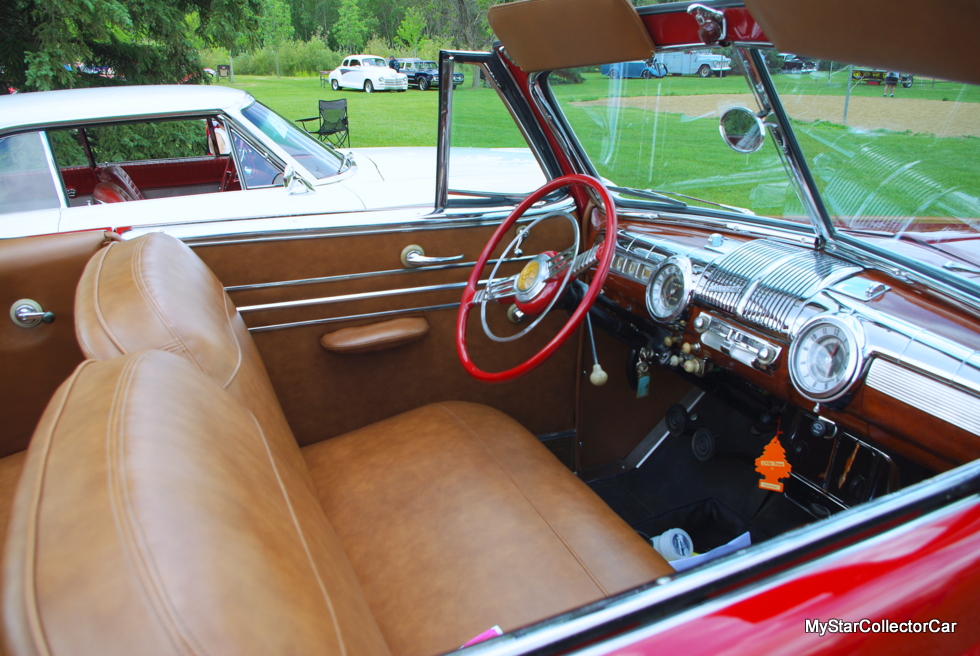 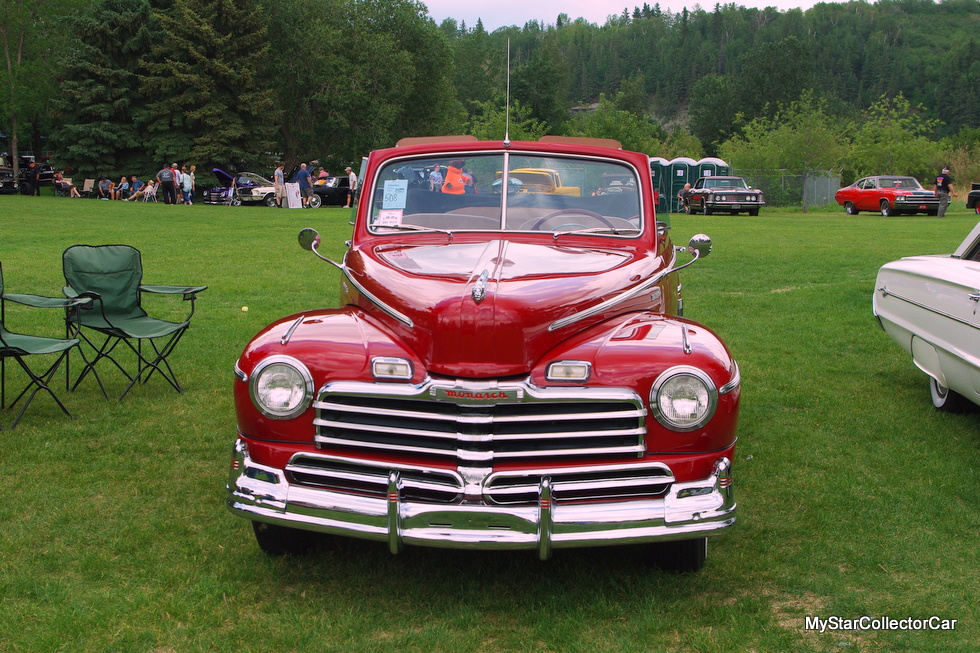 The car has a torque tube driveshaft system that complicates a clutch repair in Merill’s opinion. He said the repair could only be made if the engine or rear end was removed during the process to allow proper access to the clutch assembly. Merill added the cars were built in a fashion that allowed the engine or differential to be removed easier than a typical car. 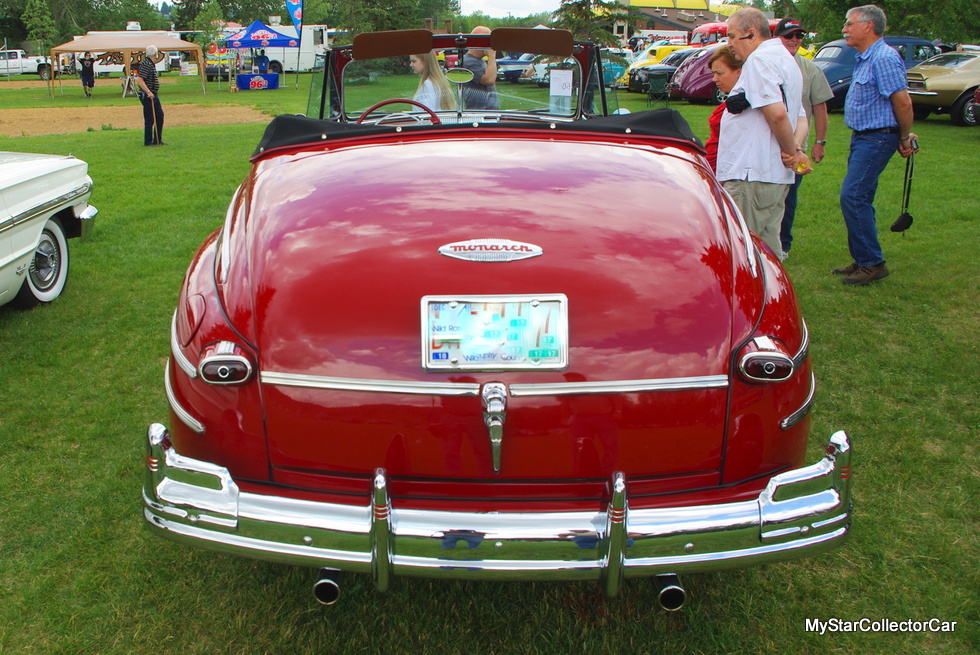 Merill also noted that a 71-year-old radiator is usually beyond repair, but his Monarch’s rad is still in good shape. He is still comfortable at 60 MPH behind the wheel of his Monarch when he has an opportunity to drive his car on the highway and has not encountered any overheating issues.

The 1947 Monarch is an excellent representative of a bygone automotive era because Merill respects its originality. 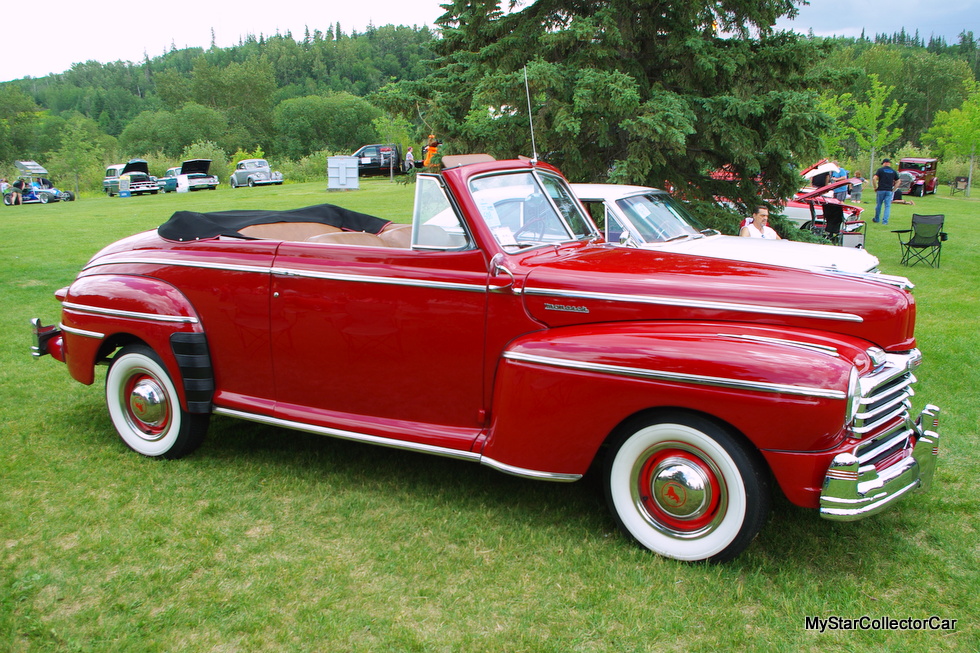 MSCC will give Merill the final comment on this matter: “If you don’t keep it original, then just take money and put a match to it.”