Just to be clear, this is not a question about human anatomy and various ways to enhance that kind of factory equipment.

This question is about the factory equipment in older cars and whether we would change anything to make them better than before in a Six Million Dollar Man kind of way-only for a lot less coin than that guy’s mods.

Our answer is a qualified “yes” because we have seen many old rides with a new lease on life because of today’s bolt-on technology. The reason we can alter the past is the ability to change out some of the old equipment for new and improved 21st century equipment that can make an old car do new tricks like run and stop better than its original old school engineering. 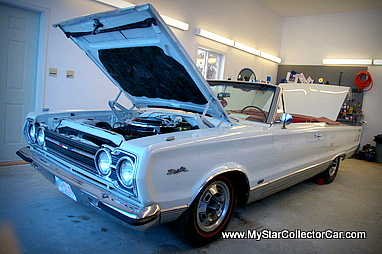 We at MSCC love original cars, but we also realize that an old car with several decades under its belt is bound to be an adventure for its owner. Unfortunately it is the kind of adventure that many owners do not want to have in their golden years: stuck on the side of a road with a dead car.

There is a compromise that can help bridge the gap between original equipment purists and car guys who want to get from Point A to Point B with as little adventure as possible in the journey. Today car guys can bolt on solutions to the performance and reliability problems that occur in vintage cars.

The car guys can find a wide variety of disc brake conversion packages that can easily be bolted in place of the original drum brakes. The original equipment can be stored away on sabbatical in a garage while a better disc brake system does all of the heavy lifting-or stopping to be precise in this case. 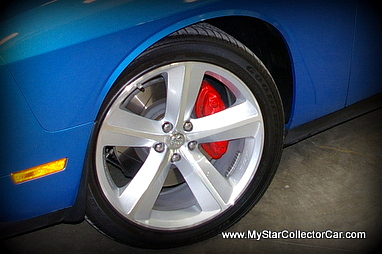 One of the more contentious issues with older vehicles has always been the carburetor. The carbs work very well if they are precisely tuned and the choke does its job, but they are a nightmare for both owner and engine if they are not in peak form.

Many mechanics will agree that the fuel injection system in today’s cars and trucks is one of the reasons today’s engines last longer than the old carbureted mills. The more precise air-gas mixture provided by a fuelie system means that less gasoline washes down the oil in the piston chambers, thus there is less friction and heat in the engine because there is more oil in the piston chambers. 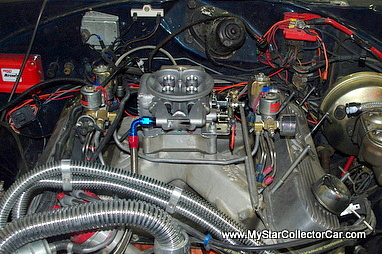 The fuel injection system also means more instant response when owners decide to place the gas pedal closer to the floor. There is less of the lag that occurs when a four barrel carb goes through the same pedal-to-the-metal procedure.

Today a car guy can replace his carb with a fuel injection system that will bolt right on to a four barrel manifold on many popular engines from Detroit’s past. It makes too much sense not to consider an after-market fuel injection system and let the original carb enjoy life in retirement on the shelf right next to the drum brakes.

Upgraded transmission choices that bolt right into the original tranny’s position are also an option for the car guys. They may be five or six-speed manual trannies or bullet-proof automatics with overdrives built right into them.

Another option might be an after-market overdrive unit that will even work with your original equipment transmission to give you plenty of low and high end performance, both in speed and MPG.

Other reversible changes to a retro-ride include upgrades to the factory suspension and steering components that will help the old iron stay on roads that are not in a straight line.

The two most important components of the bolt-on improvements are better performance and dependability. But the real kicker is that car guys can sleep at night because they know that they have the ability to put their four-wheeled Humpty Dumpty back together into its original form if the spirit moves them.

We doubt the spirit ever move them will unless the car is for sale in the future and the sales pitch includes an original equipment ride.

DOES YOUR VINTAGE VEHICLE REALLY HAVE WHAT IT TAKES TO BE...