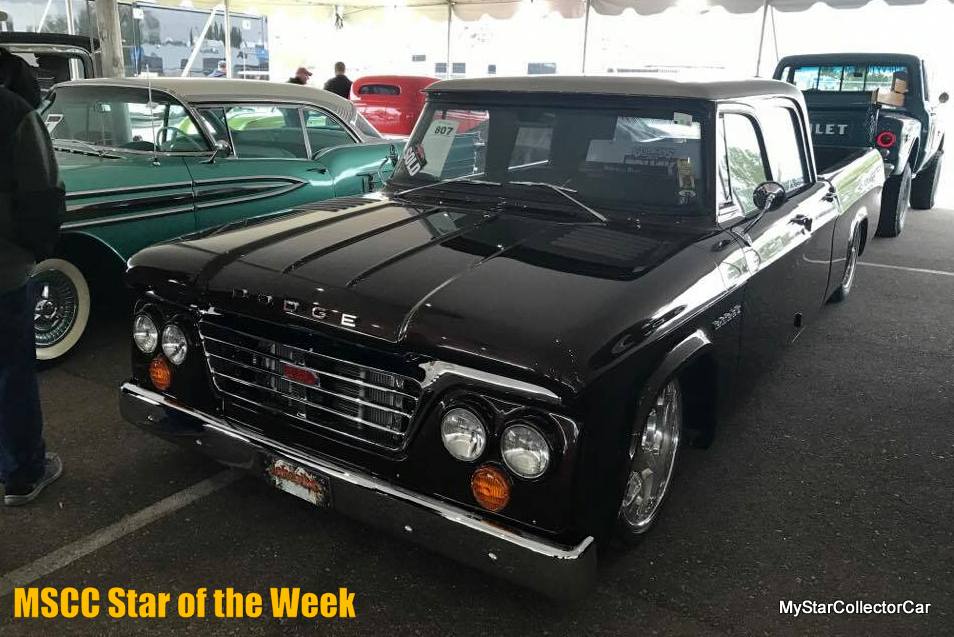 Car guys have a passion for the road less traveled in the world of custom rides.

The deuce coupe or the ’50 Merc may be the most common blank page for these guys but the cutting edge is found in vehicles with little or no custom history.

Once this new trend takes root there’s a flood of copycats.

The MSCC Star of the Week is a ’69 Dodge D-200 crew cab with a ’62 Dodge front clip and box—the face of the next trend (look for an MSCC article tomorrow on the latest trends). 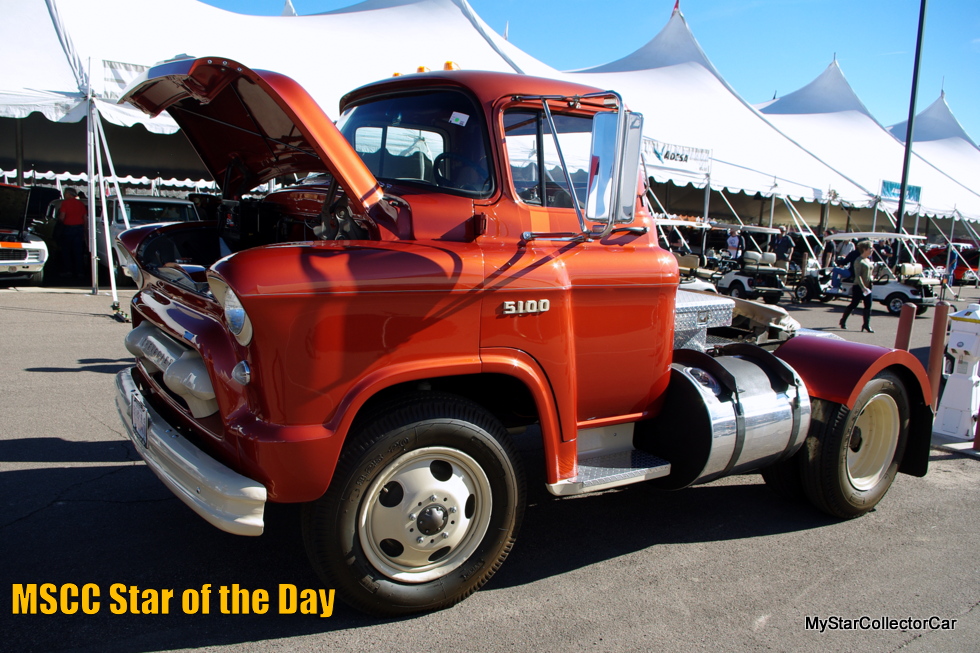 There was an era when you couldn’t give away a station wagon unless it was headed to a demo derby or crusher but they spiked in value over the last few years.

Mini-cars and pickup trucks are currently hot commodities and VW vans are in the stratosphere for prices so trends continue to add up in the hobby but the cabover (COE) is the latest investment grade ride.

The MSCC Star of the Day ’51 Chevy 5100 LCF (low cab forward) is great example of how the cabovers take center stage. 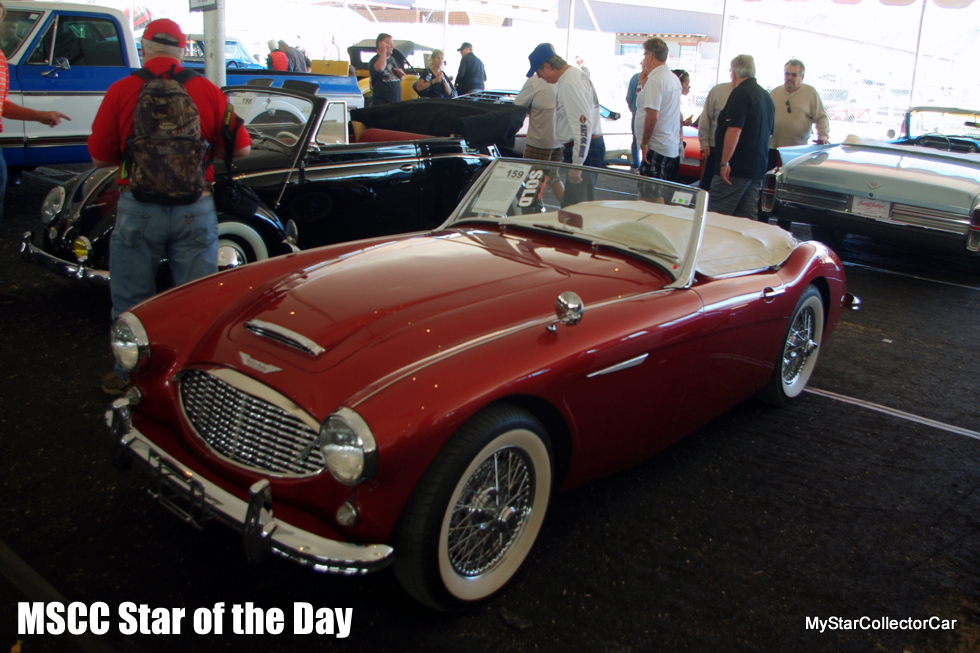 Some cars raise more questions than answers when they’re customized.

Detroit cars and trucks from the 20s and 30s are a natural fit for a customization but the water gets a little murky with offshore iron.

Some guys react badly to a Chevy small block in a Ferrari or a 3rd Gen Hemi in a 50s Mercedes so the key is to make subtle—not massive changes if you want to personalize your European ride.

The MSCC Star of the Day ’59 Austin Healey 100-6 is custom, classic and British—you be the judge if it works. 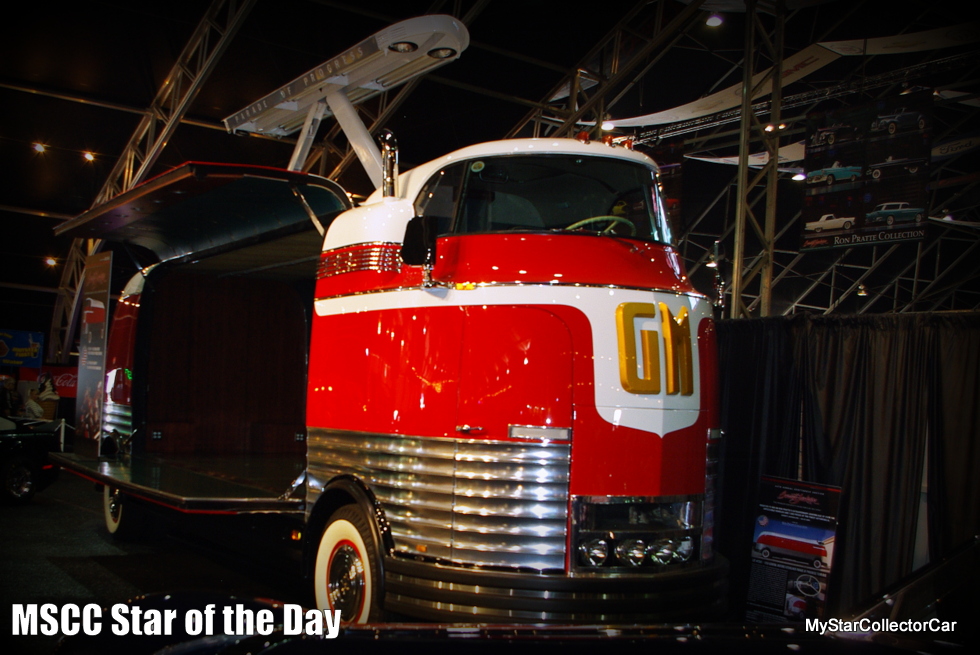 MSCC JANUARY 19 STAR OF THE DAY: GM FUTURLINER—THIS IS HOW YOU MARKETED IN A PRE-SOCIAL NETWORK WORLD

2017 is a whole new game for the Madison Avenue advertising game.

You study trends, you seek trends and if you’re lucky you trend on various social networks.

Gone are the days when you could buy a billboard , magazine ad, radio ad, newspaper ad or bus ad and reach as many people as social media.

There was another way—you could build a really cool ride like the MSCC Star of the Day GM Futurliner because this is how you marketed in a pre-social network world. 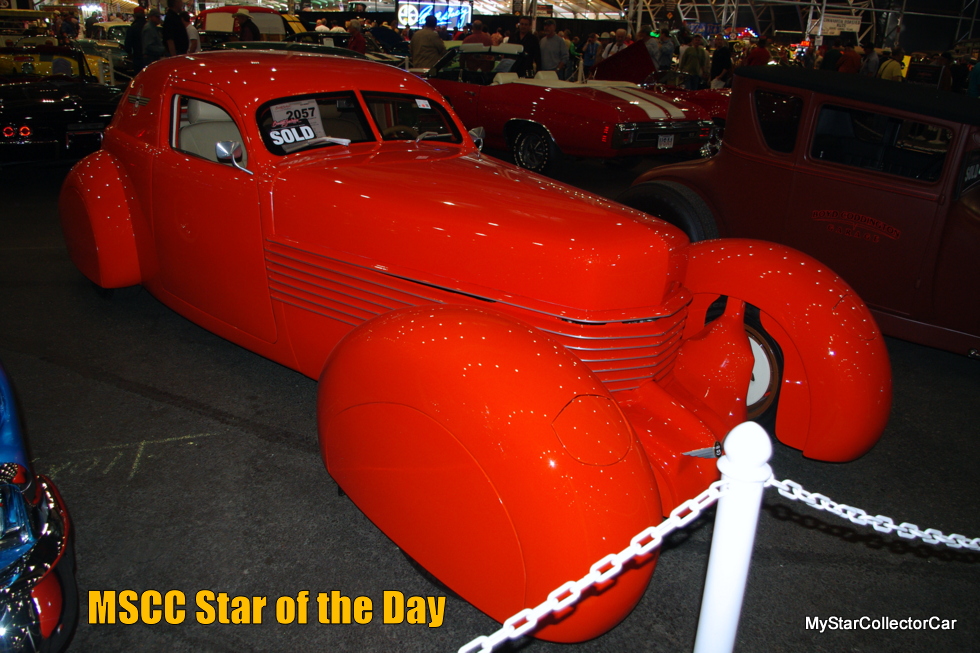 Boyd Coddington was one of the original TV car guys.

His show was a pioneer in the docu-soap, deadline-driven, rat race of TV car guy fiction but he pumped out some cool rides—despite the obvious limitations of fake plots and unfunny shop guys.

Boyd had his own unique vision of a car and it showed up in the final product.

The MSCC Star of the Day ’37 Cord Westchester 2-door hardtop (based on a junkyard 4-door sedan) is a great example of Boydster on a creative run. 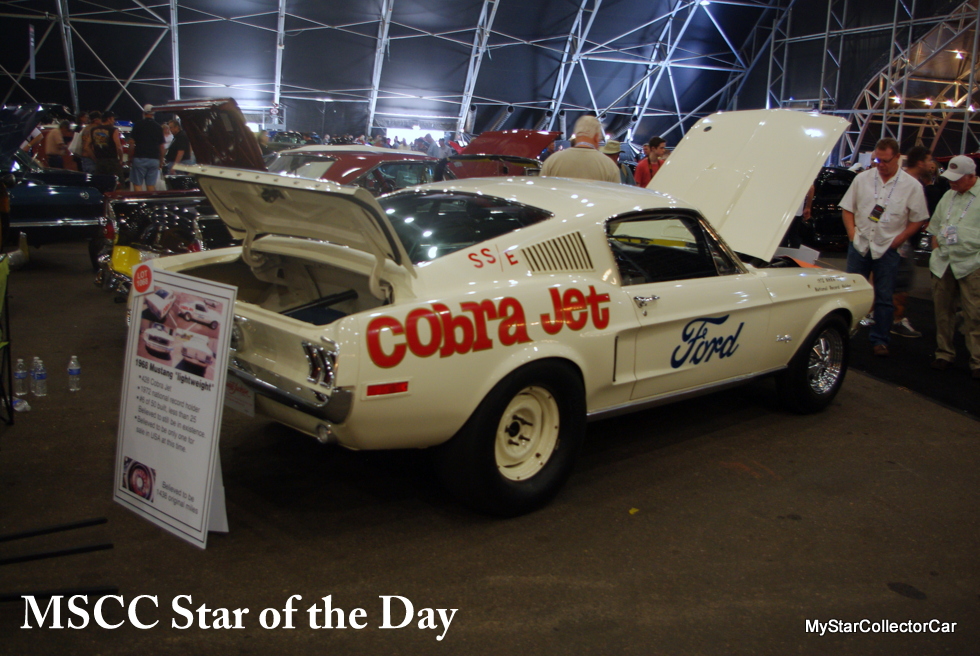 Mustangs were known for their sportiness back in ’64 but a guy named Carroll Shelby really saw the potential in these little pony cars.

Secretaries may have bonded with the original Mustang but Carroll Shelby saw the power to weight numbers and he took them to a much nastier level on the track an on the street.

Other guys started picking up on the Mustang’s performance side so Ford saw an opening and they started building some monsters right out of the factory to duke it out in the coveted Super Stock class. 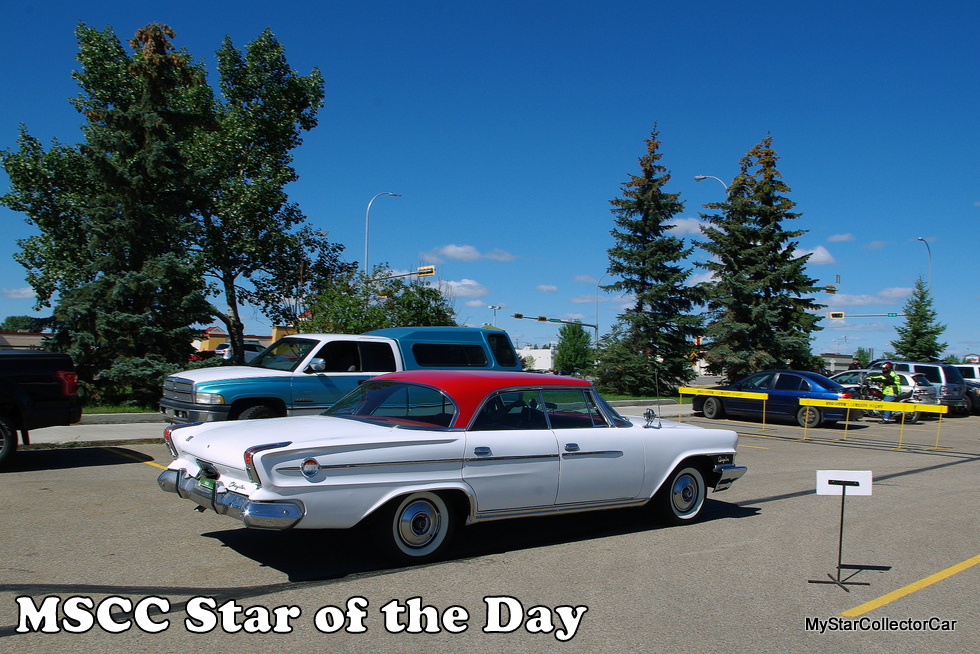 This original muscle car was a force on the street and at the track so the letter car series continued for years but the 300 designation became more mainstream in 1962.

The ’62 Chrysler 300 could be ordered in many versions but the 300H only had two doors and it stayed true to the heritage of these legendary cars.

The MSCC Star of the Day Chrysler 300 4-door hardtop is great example of the letter car revisited.