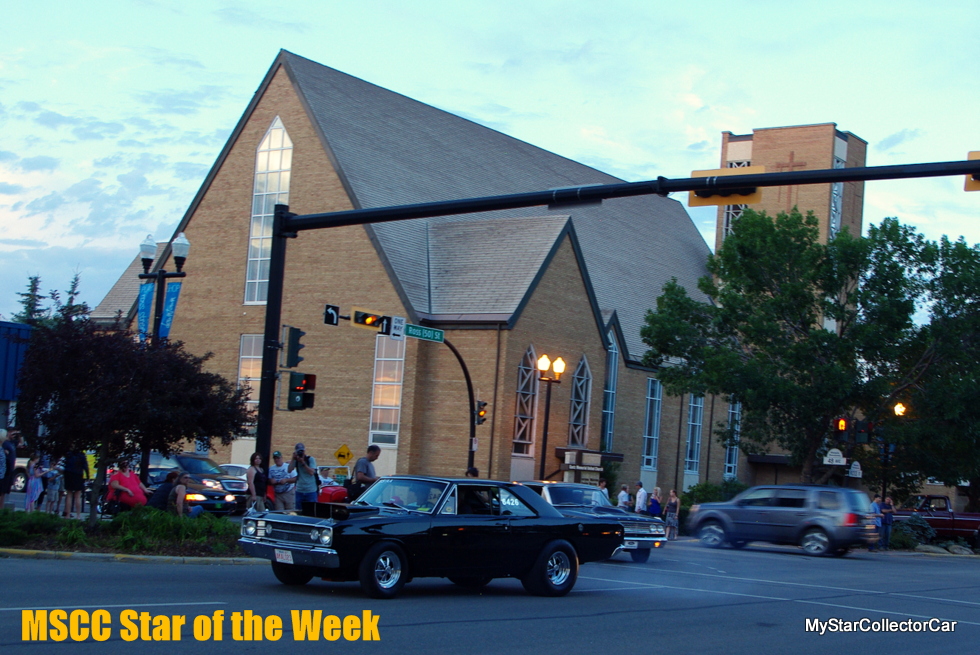 MSCC FEB 21 STAR OF THE WEEK: MILD OR WILD—DARTS COULD GO EITHER WAY

They had bookish, conservative owners who liked them for their simplicity, low price and reliability—call this the librarian demographic.

‘The other owners were the type of guys who loved the lightweight Darts for their incredible power to weight ratio when the slant six was yanked in favor of a big block—call this the Tim the Toolman demographic.’

Despite the fact Darts could go either way, this MSCC Star of the Week Dodge Dart on the street last summer left little doubt which type of owner was behind the wheel. 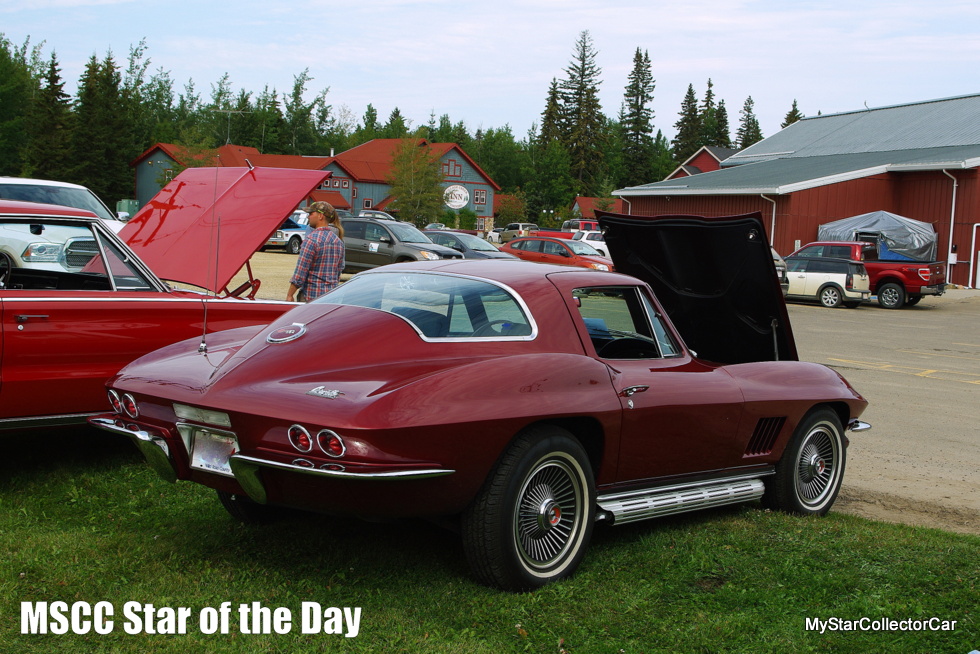 MSCC FEB 20 STAR OF THE DAY: ’67 VETTE—A CLASSIC PROFILE AT THE HIGHEST LEVEL

New cars are often called jellybeans by hardcore car guys and that isn’t a term of endearment.

It’s a reflection of the generic look today’s cars have and it isn’t flattering because modern rides have all the appeal of a wet pile of bath towels.

‘Cars had distinct profiles in the past because every company (and division within a company) was in a bloodbath for sales so style got the buyers into the dealer’s showrooms and style made you the envy of your neighbors when you rolled up in a distinctive new car.’

This MSCC Star of the Day is a ’67 Vette because these cars took the term classic profile to the highest level. 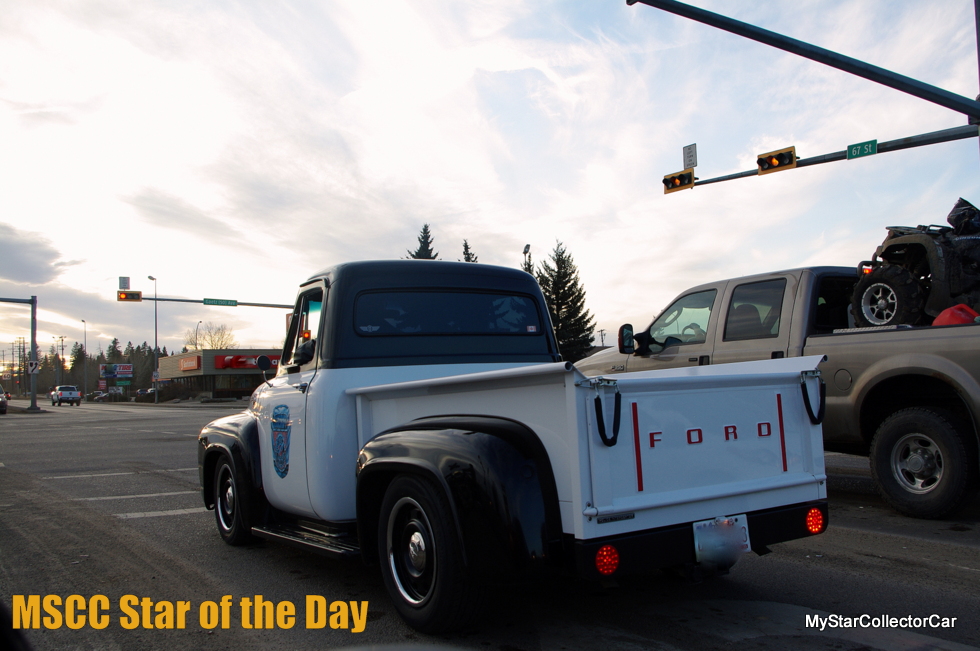 There are many places where old iron is routinely on the road in late February but none of them are found in places with a real winter.

Real winter is a place where October is a gamble for warm weather and November is a long shot.

The best hope for a return of old iron is typically late March or early April because that’s when the nastiness of winter subsides, the days get longer and spring officially arrives so the only real threat is a quick blizzard or leftover rocks on the streets. 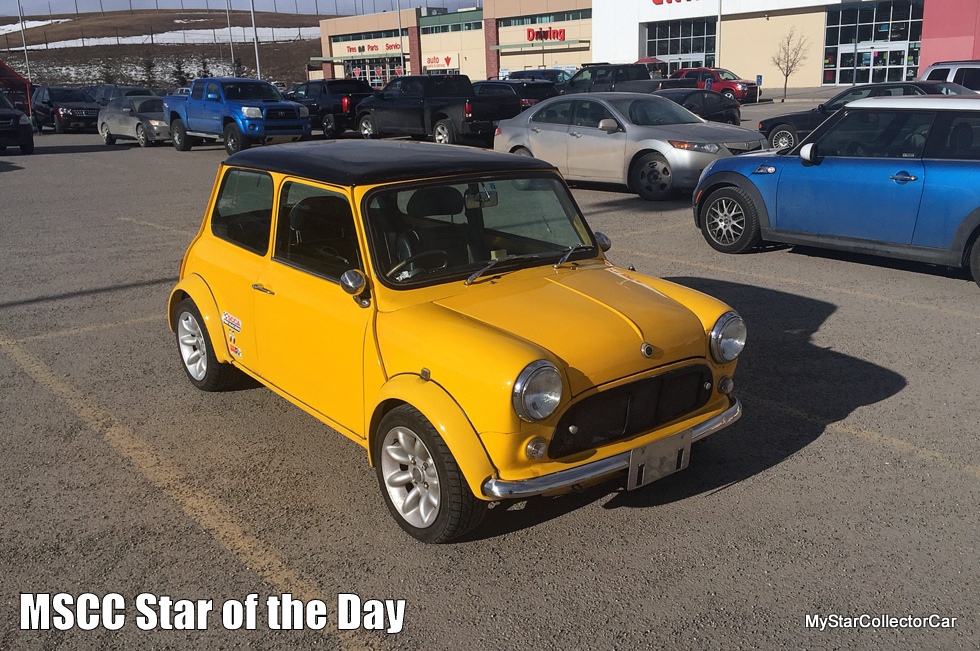 MSCC FEB 18 STAR OF THE DAY: THE ORIGINAL MINI—IT WAS PLENTY COOL

There is no shortage of reincarnated cars in the 21st century and they’ve met with varying degrees of success.

The VW Beetle was one of the first and most noteworthy forays into 2.0 versions of automotive icons and it was followed by cars like the Thunderbird, Challenger, Camaro and Mini.

‘Some of these are all examples of how you can cash in on the success of the past with an updated version of a successful name and others (the T-bird) were less successful, but in every case nostalgia was a big driving force behind these reincarnations.’

This MSCC Star of the Day 1st gen Mini was out a few weeks ago and one thing was clear—these originals were plenty cool on their own. 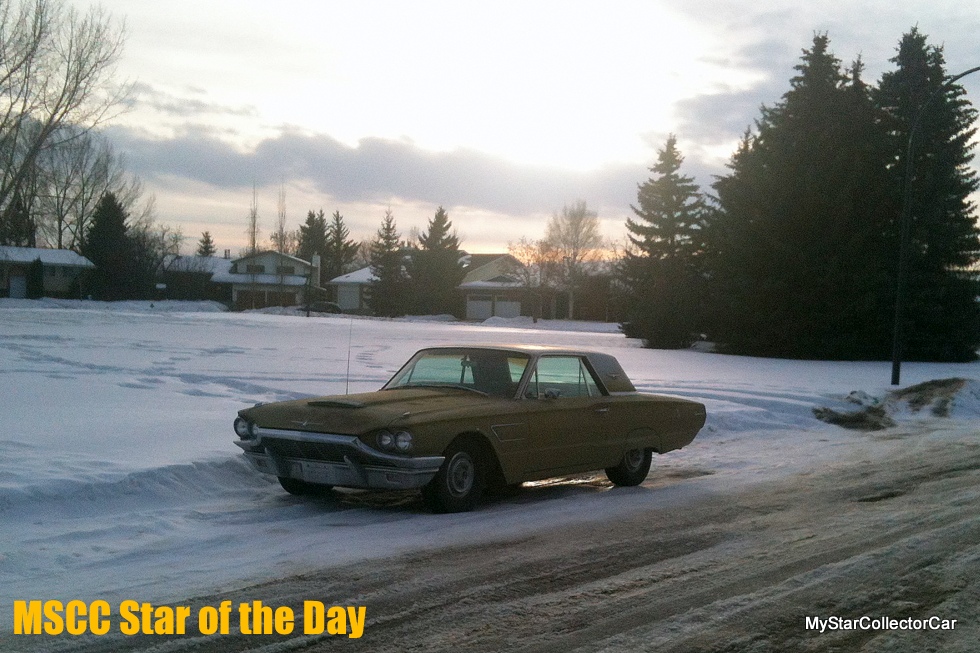 MSCC FEB 17 STAR OF THE DAY: A ’65 THUNDERBIRD TURNS THE WANING WINTER DAYLIGHT INTO A FORECAST OF SUMMER DAYS AND OLD IRON
Winter isn’t a goldmine for old car spotting because too many classic rides are tucked away for the winter.

There are far more reasons to put your beloved old car or truck in hibernation than to drive it all winter but that doesn’t mean we should never see a classic in February.

‘An old car sighting on a cold winter day is like a brief glimpse of a beach on a summer day or a balmy July sunset because it’s a preview of coming attractions when classic cars shake off the long winter storage and turn warm sunny days into weekend car shows.’

This MSCC Star of the Day ’65 Thunderbird turned the waning winter daylight yesterday into a forecast of summer days and old iron. 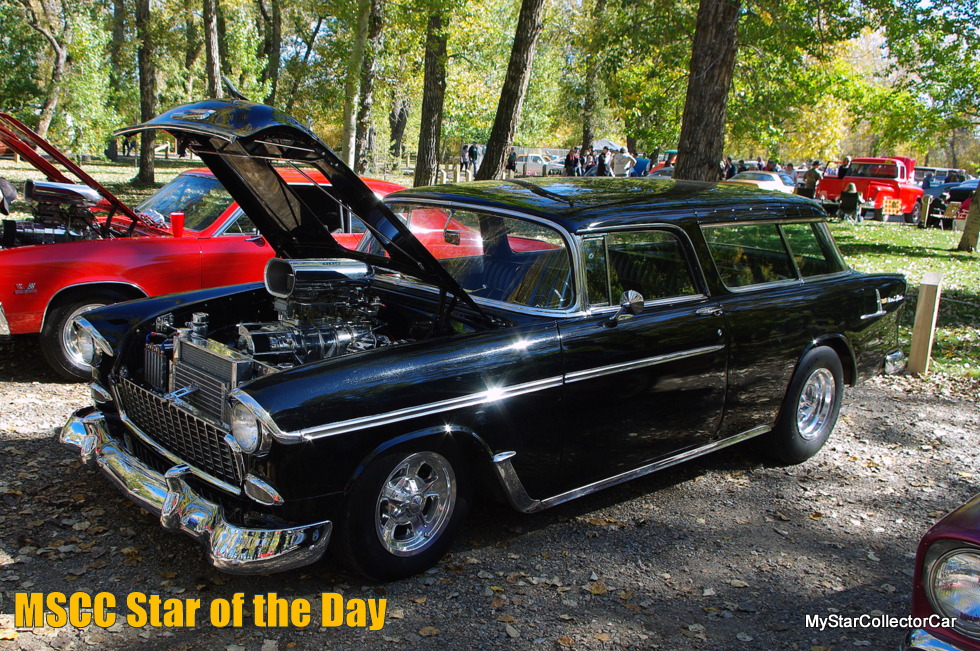 AMT started a marketing juggernaut back in 1958 with their 3-in-1 model kits and the ’55 Chevy Nomad was one of their hottest sellers because you could take it up to a Gasser look.

Kids could build a stock custom or racing version of their car out of the same box—not many kids stuck with stock.

‘Most kids opted for a mix and match version so their models embraced the best of all three versions so you had a blend of stock, custom and racing in the same car—it was the earliest lesson in Car Guy 101.’

This MSCC Star of the Day ’55 Nomad is a real life version of an AMT 3-in-1 because it has the radiused rear wheel wells and massive engine of a gasser, some cool custom touches and enough stock stuff to keep any kid happy. 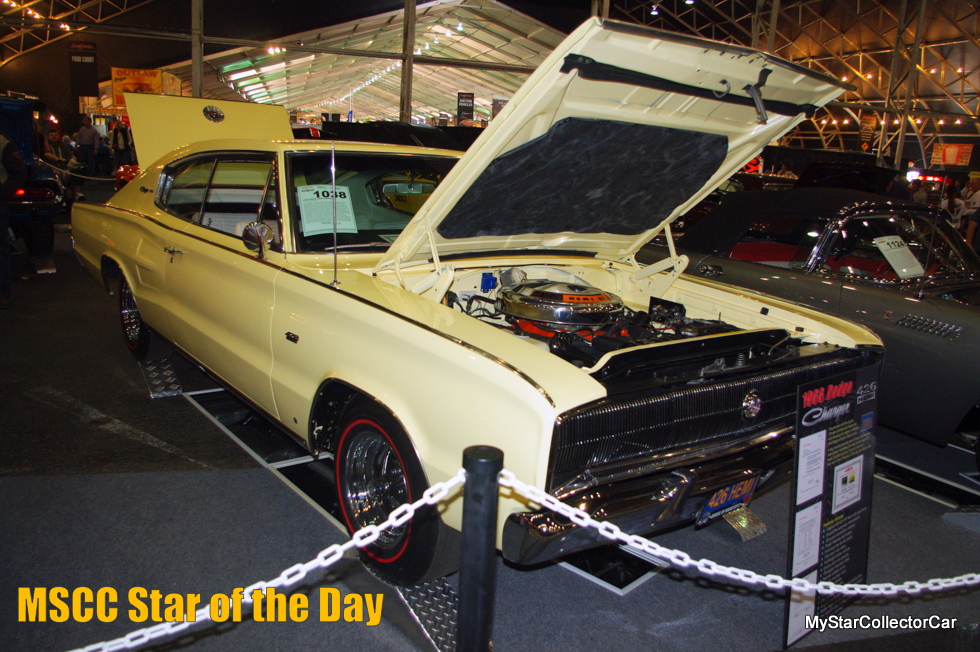 MSCC FEB 15 STAR OF THE DAY: ’66 DODGE CHARGER 426 HEMI—NOT RESPECTED IN THE SHOWROOM BUT RESPECTED ON THE TRACK

There’s little doubt where the real love is in the world of the Dodge Chargers.

The ’68 Charger was a defining moment for these storied Mopars and the spike in sales reflected the positive public perception.

‘The ‘66-67 Chargers never had the impact of the ’68 because buyers didn’t seem to warm up to the pricier fastback version of the Coronet but these cars were winners on the NASCAR tracks thanks to their unique roof line.’

This MSCC Star of the Day is a survivor 426 Hemi ’66 Charger—they weren’t respected in the showroom but they were on the track.