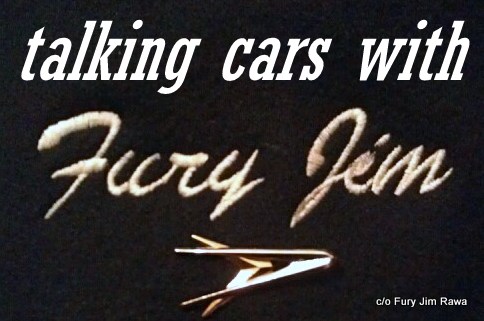 Fury Jim Rawa is a Jersey guy with a major attachment to old iron.

‘He’s a young guy but he quickly forged a reputation in the hobby as a “go-to” guy for advice and expertise—particularly with the Forward Look finned Mopars of the 1950s .’

Jim’s list of cars—past and present extends over several decades but he’s clearly a guy who is very comfortable in the 1950s. 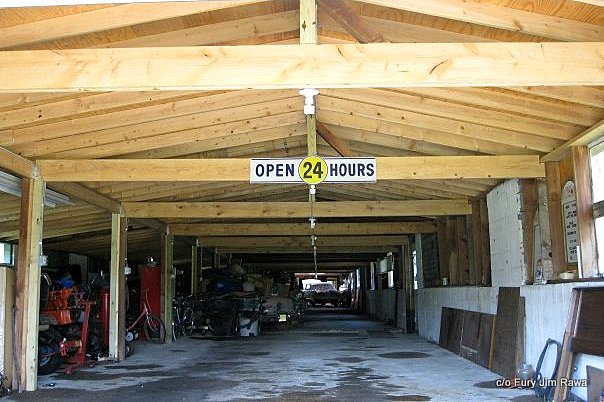 You’re a younger guy so when did you get interested in the hobby and what drew you to the culture behind old iron?

“Since the beginning of my cognitive existence, I’ve had an interest and affinity towards machines, namely cars. From hot wheels, to RC cars, and right up to the ’71 Chevelle that brought me home as a newborn (Mother’s first car- which is the same car to bring my son home as a newborn to continue the legacy!) the design and sound of cars caught my attention. By the age of 10, my musical preference was established, having been trained by my grandfather in electronics, I was troubleshooting and soldering by age 5, and began collecting vintage radios, phonographs, and portable TVs. Eventually the music, cars, appliances, and home decor/design all tied together- I never pursued one over the other, it’s all by chance my interests align to a fairly narrow time period (40s through 70s).

Why do you lean toward the 50s—particularly the Exner era Mopars?

“It’s the style.. Artists strive for perfection, by roughly 8 yrs old my spatial perceptions led me to admire graceful, proportional designs.. like every kid who likes cars, of course I wanted a ’57 Chevy, growing up in the 80s, they were still rather abundant.. there were 2 daily driven ’57s in town, they stood out from the sea of earth toned boxes of the 80s.. one in tropical turquoise, the other a non-stock red. It was around the age of 9 that I discovered a ’57 Fury on a guy’s lawn in town, decorated for Christmas, complete with adjoining sleigh.. he was the original owner and kept it as a spare car.. over the years of riding my bike up the hill to just take a look at the car from time to time, I became friendly with the guy, Bob Mrok, who would eventually wait for me on street cleaning days to take a ride around the block in it when it was time for alternate side parking. Fast forward 10 or so years, I restored the Fury for him in my college years. He still has it!” 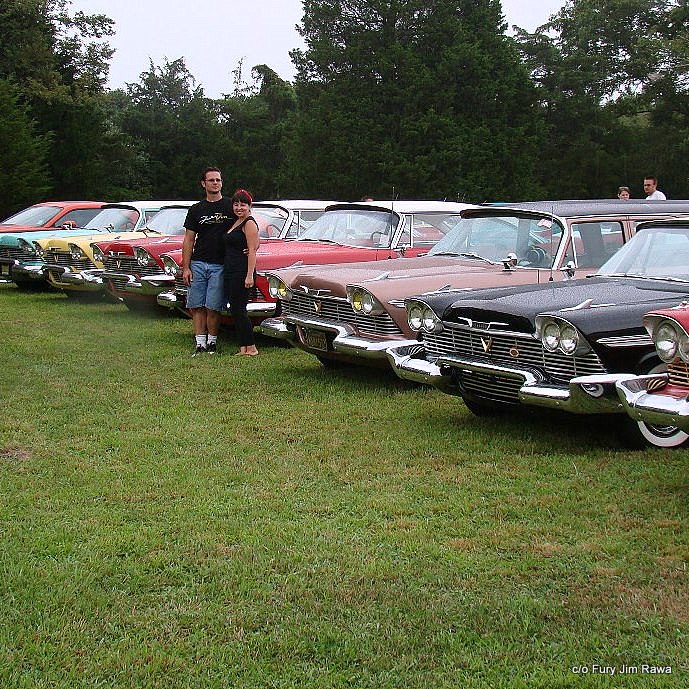 What was your first car and do you still have it?

“Theoretically I consider my Mom’s ’71 Chevelle my first car, as I started tinkering, detailing, and modifying it from about the age of 11, prior to that I’d be there by her side washing and waxing it regularly. I still have it. My technical first car was a ’72 Chevelle, I bought it at 13 with landscaping, bike/TV/VCR repair money I earned. I finished it as my h.s. driver and sold it before I graduated high school.”

How many cars have you owned over the years? 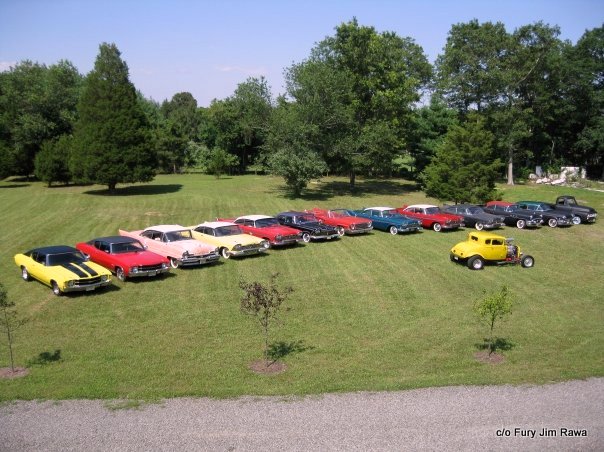 Do you have any that you regret selling?

“Several, but not many, as the art of rebuilding, restoring, modifying, and enjoying cars up to the selling of such furthers the hobby. When I’d sell a car, the profits are minimal when you add up the labor that goes into them, however, they’re investments, the monetary investment will always be recaptured, and after investing over time, then regaining that amount, it leads to replacing 1 with another… or 5 more! more saved iron, more enjoyment for myself through the process or resurrecting an old machine. When it comes to “regret cars” that would be less than a handful: 1) 1970 GTO judge RA III 4spd- funded by selling my first Chevelle and my senior year driver. 2) ’62 Dodge Custom 880 convertible, bought 1/12/2000, drove it regularly for 2 yrs.. it was the only I have seen in person, to this day! no true production numbers are known for the 880 conv’t that any publication has been able to provide. I’m thinking too much about a 3rd so it must be insignificant!” 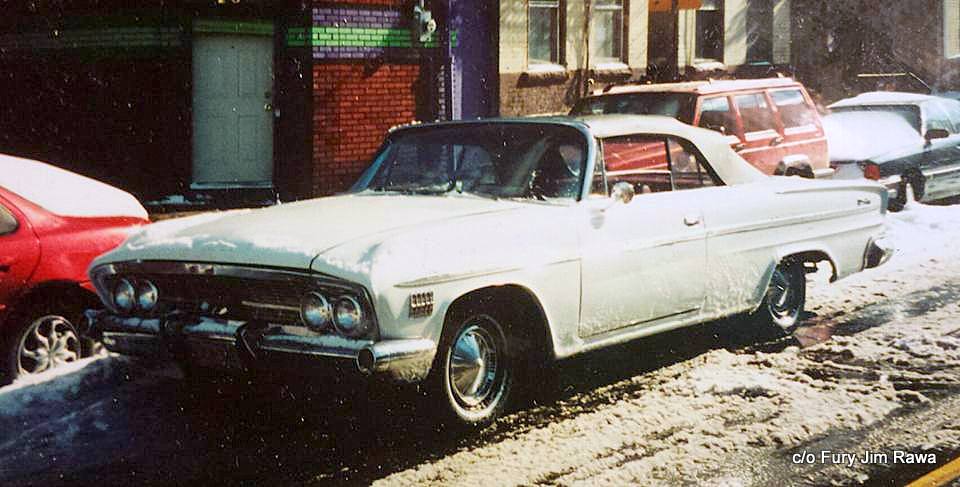 Are you a stock guy or do you like to upgrade the look and performance?

“I like many styles and genres. My personal style is a fairly stock appearance with performance drivetrain and chassis. I have been responsible for AACA points restorations to modified show cars to modern muscle up to contributions to sub 8 second street/strip Turbo cars. My personal taste is a 50s car that looks like a Junior/Senior winner in an exterior photo while capable of pulling down a 12 second e.t. with a tire swap.. as in most of my of my builds. I drive my cars.. sometimes only locally, sometimes 8 hrs to a worthwhile show, I’m an all-or-none, guy… if you can’t get in a car and drive worry free wherever and whenever you want, it wasn’t built right.” 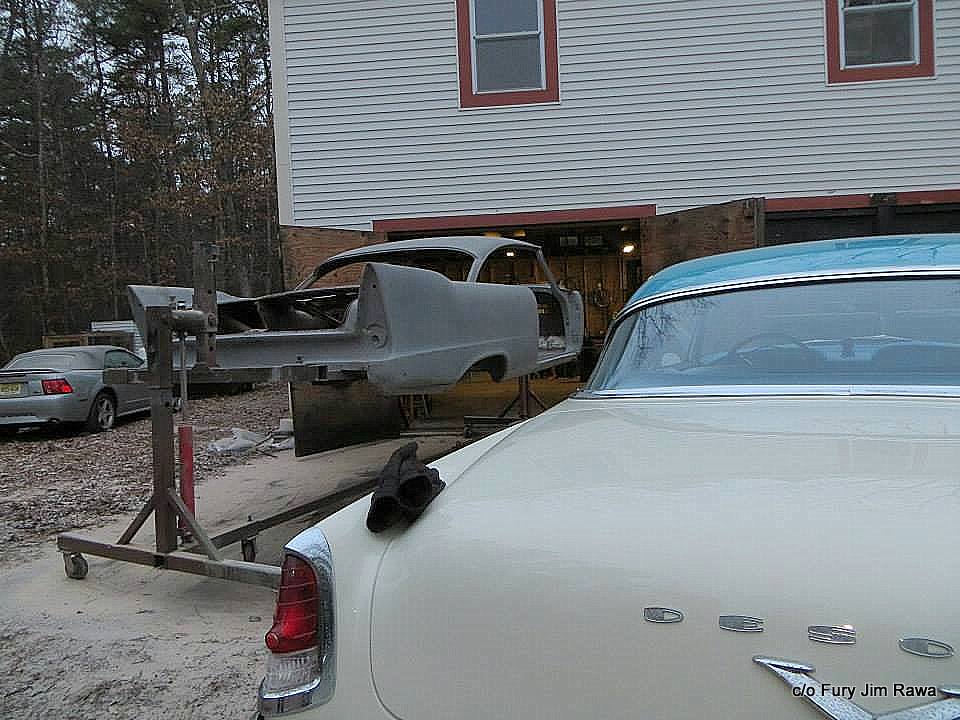 What kind of advice would you give to a kid who wants to get into the hobby?

“I promote youngsters’ involvement in the hobby. All of my early interests were recognized and encouraged by the “older guys” growing up, most of whom wished they had sons like me, or that their sons had my automotive passion. My work was recognized early, by 13 I had a waiting list locally for after school engine bay details, intake swaps, exhaust/suspension upgrades, interiors, stereo installations, etc. Anyone with a mechanical ability can easily flourish. Read and talk to knowledgeable people. Modern automotive schools are good if you want to learn how to manipulate a computer to tell you which sensor to change.. true automotive prowess is achieved hands-on, pick a car you like, try not to settle, as unless there’s a true desire to own, restore, and enjoy a specific car.. something that’s just “close” won’t harbor the motivation and passion to make it exceptional!” 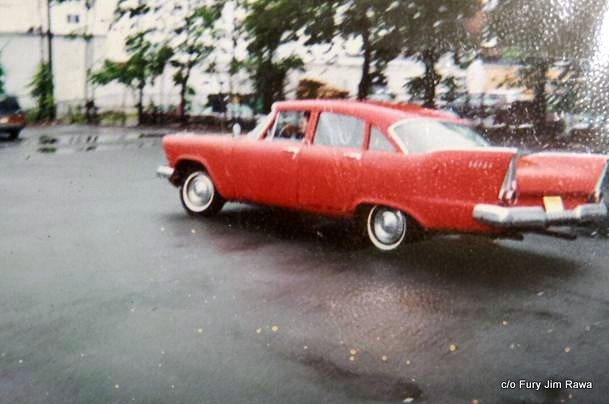 Fury Jim Rawa is a next generation car guy and he’s vital to the hobby because he’s going to pass on the old school philosophy and techniques to the generation after his and that’s a huge asset in today’s world where bubble wrapped kids don’t get their hand dirty .