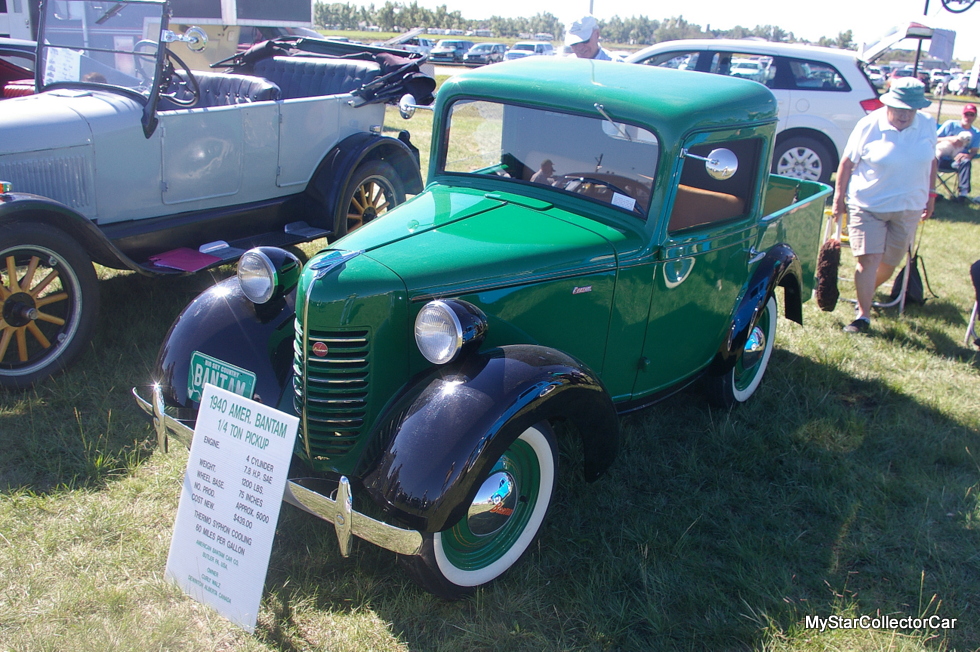 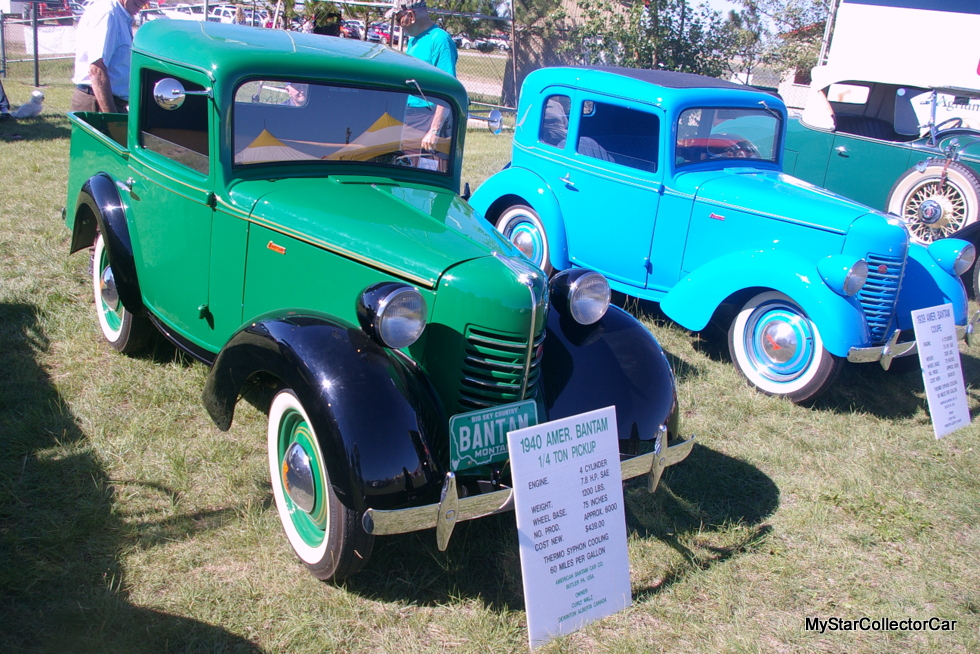 The American Bantam was one of those small car companies in more than one way.

‘The car company was a small player in the automotive manufacturing scene and produced some of the smallest cars in the history of the North American automotive scene.’

The 1938 Bantam is reputed to be the inspiration for cartoon legend Donald Duck’s car in one of his animated shorts.

The idea is not outlandish because the little Bantam is a hall of fame candidate for terminally cute cars. 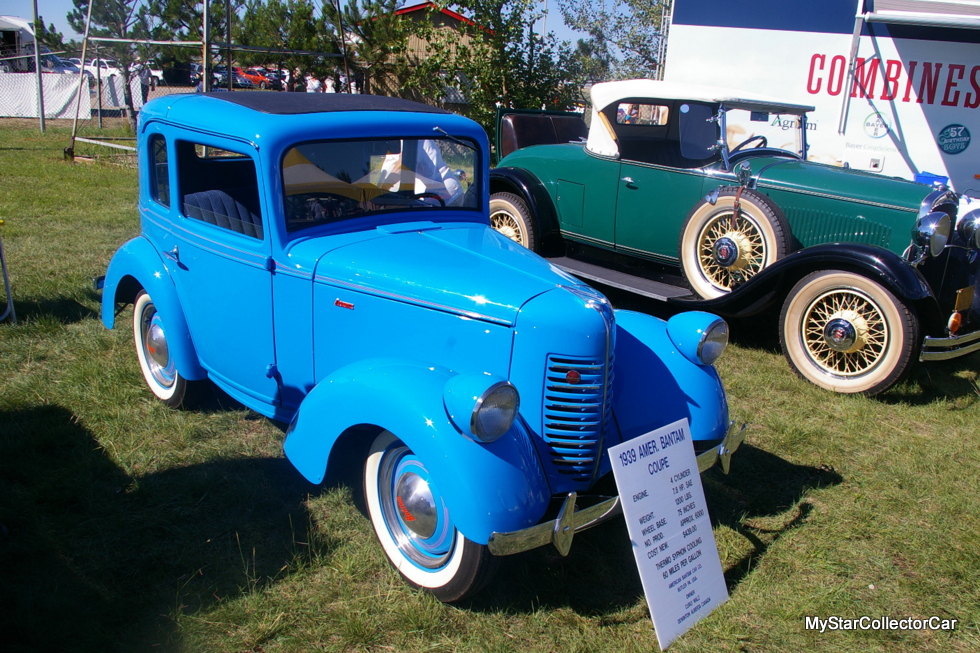 We were fortunate enough to meet Curly and Marj Walz at a show because they are the proud owners of a few Bantams, including a pair that were with them at the summer event. The Bantam was a versatile vehicle and could be ordered in a few configurations, including Marj and Curly’s 1939 sedan and 1940 pickup versions of the American Bantams. 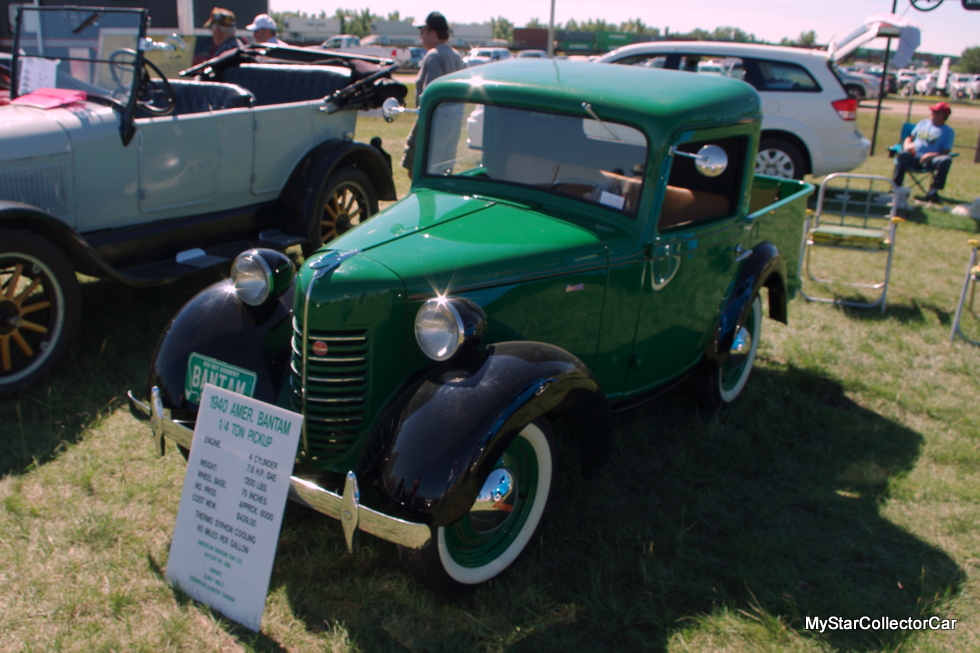 Curly saved the American Bantam sedan in the 70s after the previous owner had an accident with it while towing the little car home. Curly is a pretty talented guy and managed to straighten out the damage to the car with help from a welder who helped with the body work and paint on the Bantam.

Curly told us the Bantam had a sales pitch: 60 mph and 60 mpg. He was a little skeptical about the 60 mph (100 km/h) angle and believes the car is more likely to hit a comfortable 35 mph (60 km/h) pace on the road. The truck version of the Bantam was capable of the same speed range in Curly’s opinion. 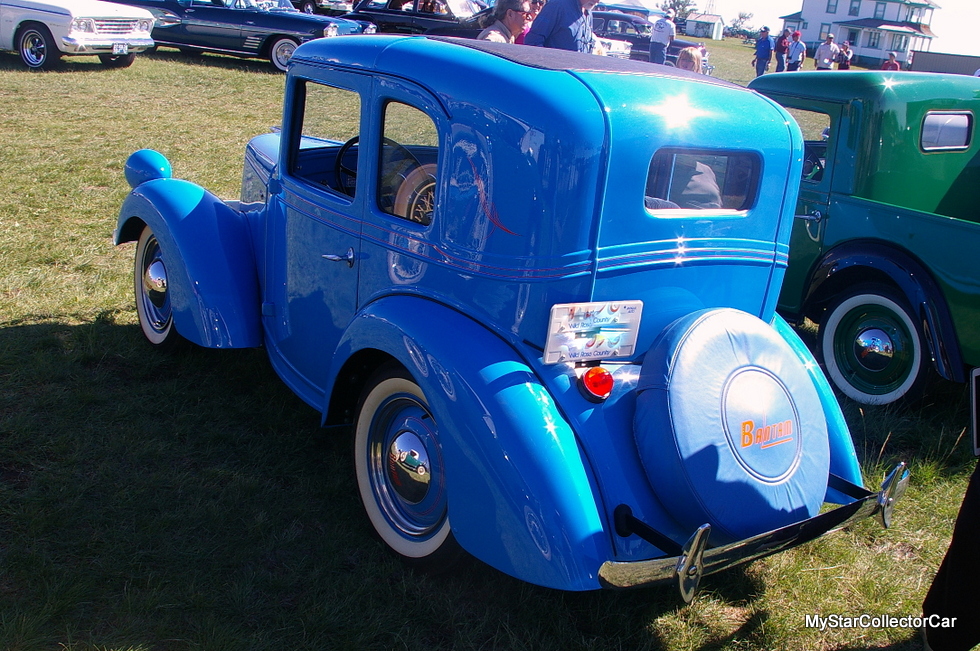 The little road warriors have small four cylinder engines that put out 7.8 horsepower according to the official information provided to Curly, but he believes the engines actually produce about 19 SAE horsepower. 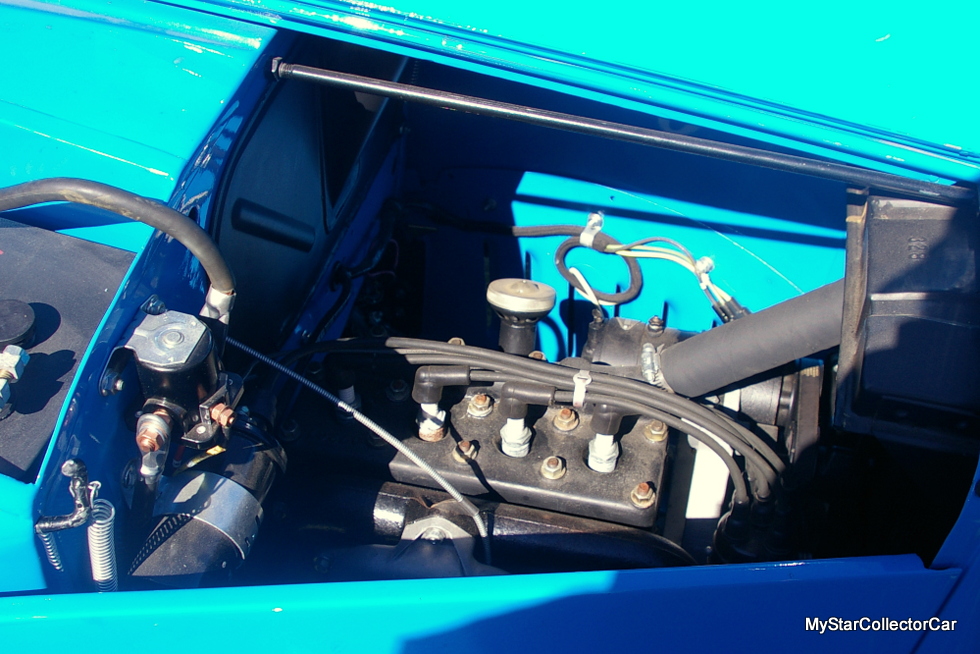 One thing was very clear to us: an American Bantam will never win a street race against a Hellcat– no matter what actual stock horsepower number is under the hood of the almost 80-year-old rides.

Both vehicles had three-speed manuals to handle the light horsepower and torque from the factory four-bangers. The Bantam engines have an unusual cooling system called a thermo-syphon system that relies upon basic physics instead of a water pump. Curly said this cooling system “works well and has never overheated the engines” on his Bantams. 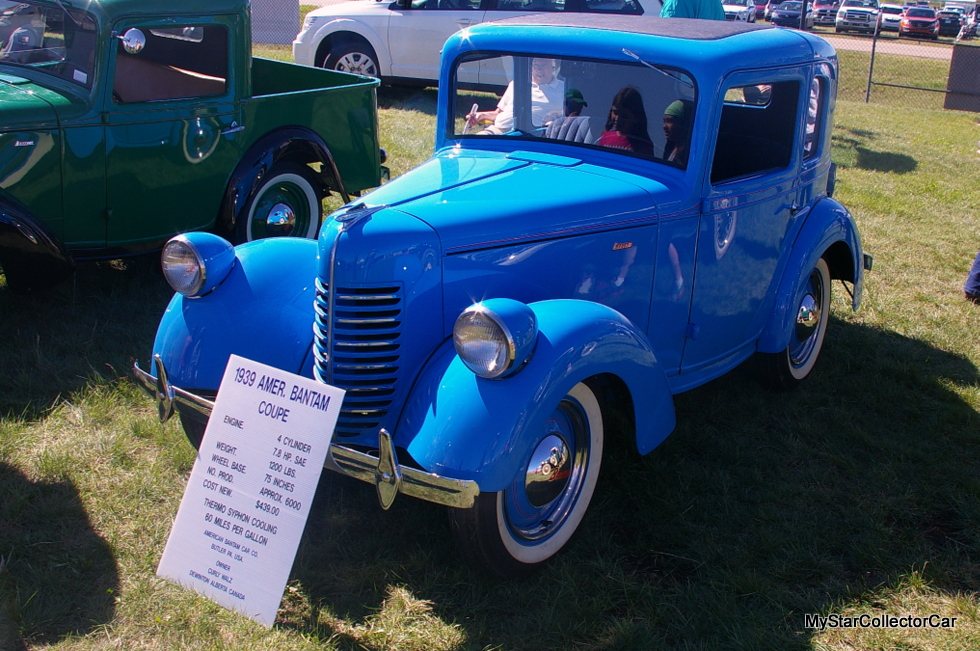 The American Bantams have full gauge packages and small five gallon gas tanks because they are able to deliver plenty of driving miles before they need a fill up. They also have air scoops in front of their windshields for extra ventilation in the passenger area. 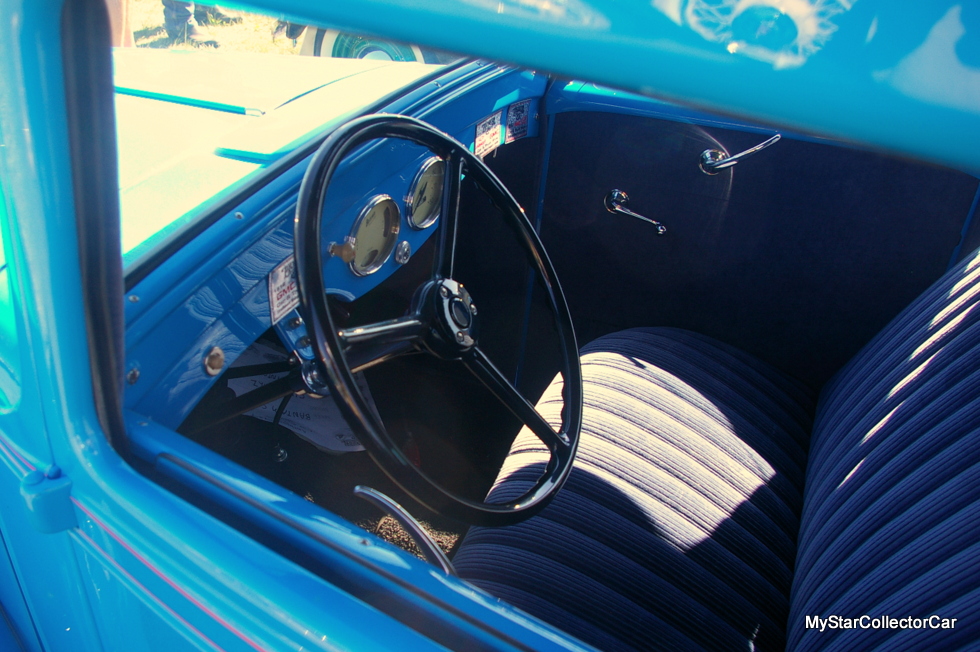 Curly told MSCC the total production numbers for truck, sedan and convertible versions of the American Bantams was 6000 vehicles. The Bantams sold for a modest 437 dollars according to Curly and were affordable vehicles at that price for even the most frugal buyer-if they were not in a big hurry to get to their chosen destination.

‘American Bantams are a unique part of American automotive history and MSCC was very fortunate to find two of them at one show, thanks to Curly and Marj Walz. ‘

SEPTEMBER 2020: 1960 DESOTO TWO-DOOR HARDTOP—THIS CLASSIC FIN CAR HAS HOLLYWOOD WRITTEN ALL OVER IT

WHAT DID 50S COOL COST? AN OLD JC WHITNEY CATALOG WILL...