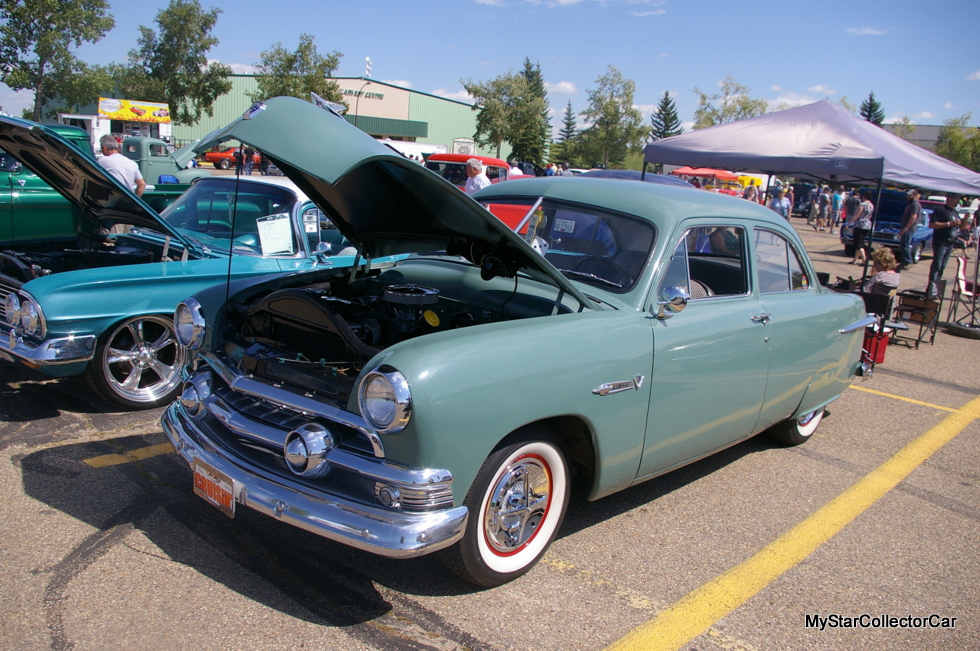 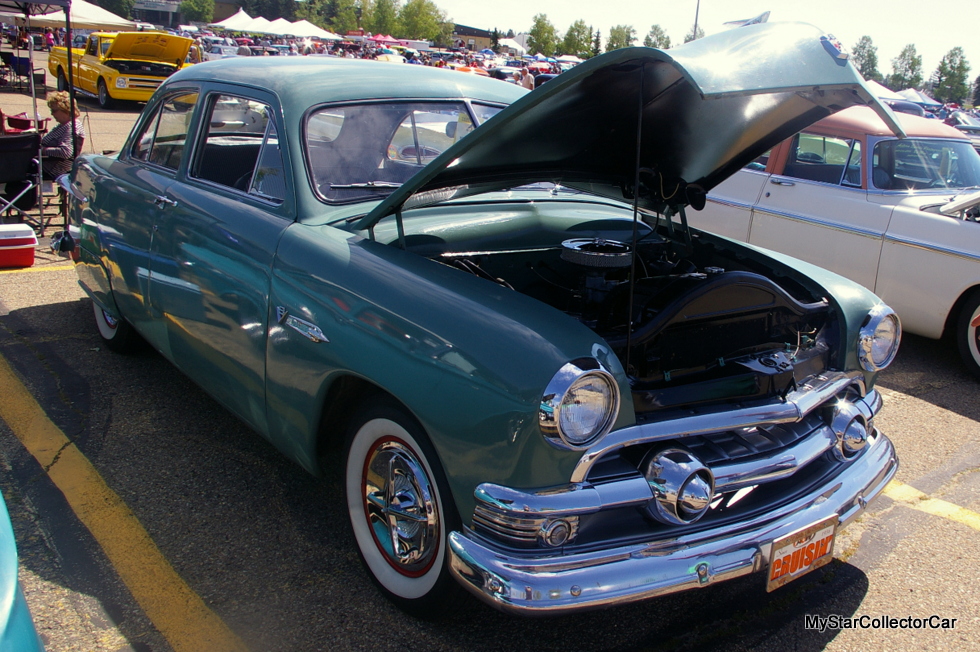 Ford had a better idea when it introduced its 1949 sedan with its brand new look.

‘The 1949 Ford was wrapped in radically different sheet metal compared to the ‘48s and charted a brand new style direction for the first time since the end of WW II.’

The newly sculpted lines of the ‘49 gave the car a popular nickname in later years: “the shoe box Ford”. 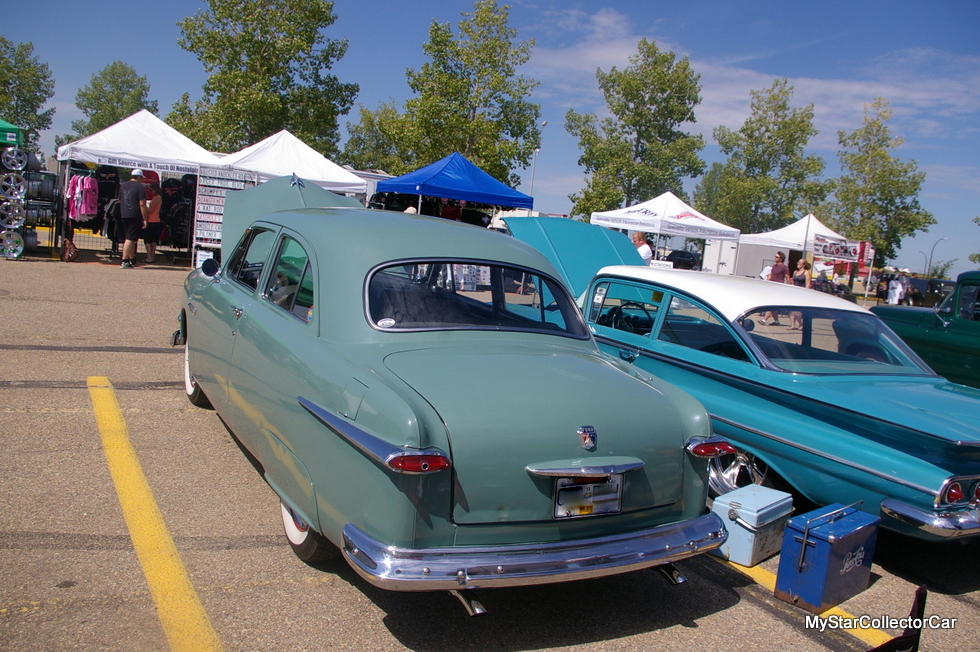 The shoebox Ford style lasted for 3 years and would become one of the most popular models ever built by the Blue Oval Boys. The shoe box has been the platform for some of the coolest custom rides ever built over the years by some of the most creative minds in the car hobby.

These shoebox Fords had a great start right out of the factory when it came to good looks so we were happy to find owners who kept their 1951 Ford close to its stock form. Elmer and Sharon Stafford have been the proud owners of their 1951 Ford for 10 years and enjoy every minute on the road in it.

Elmer “always wanted to own a shoe box” because his father owned one when he was a kind and he learned how to drive in a 1950 Meteor (the Canadian-built version of the shoe box). Elmer said he also “liked the sound of a flattie” as a kid and the memory helped shaped his decision to keep his ’51 Ford’s right where it belonged-under the hood of the car. 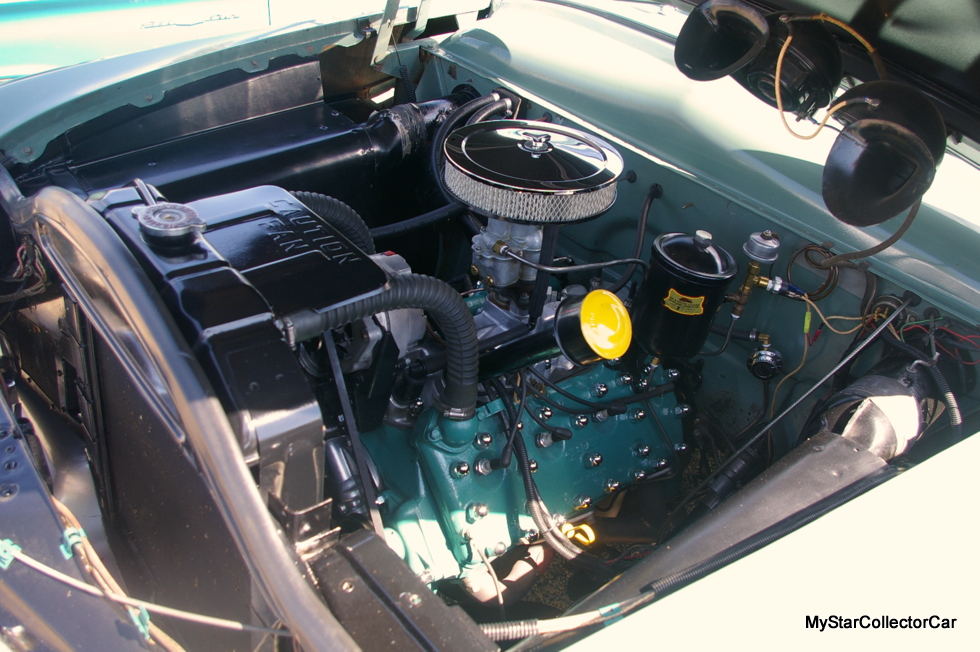 Elmer has made a few minor alterations to his Ford to enhance its efficiency. For example, he upgraded to a 12-volt electrical system with an alternator on his ’51 to align his car with a more modern and efficient way to deliver juice to his ride.

He also added an electric fuel pump to deliver fuel with less chance of vapor lock with the hot-running flathead V-8. Elmer mentioned the car “starts much better” with the electric fuel pump boost. Another addition was a 1977 Comet rear end for the old Ford. 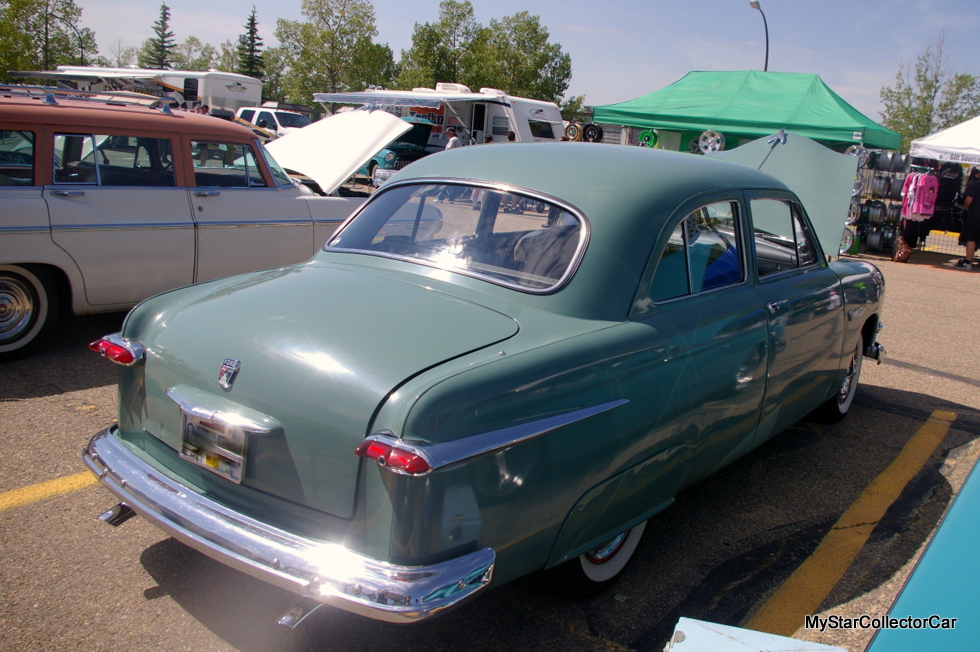 The ’51 Ford now has an upgraded air filter system for its air cleaner to replace the original factory oil bath air cleaner system on the flattie engine. Elmer respects the overall originality of his shoe box and wanted to point out “whatever I’ve done can be reversed” when it came to his mods.

The Ford only had 38,000 miles on it when Elmer and Sharon purchased it 10 years ago and now it sports 53,000 miles on its odometer. The shoebox Ford is a great way to cruise and “purrs along at 60 mph (100 km/h)” in Elmer’s words. Elmer said the car runs between ½ and ¾ on its temperature gauge under load; which is an acceptable range for the flatties. 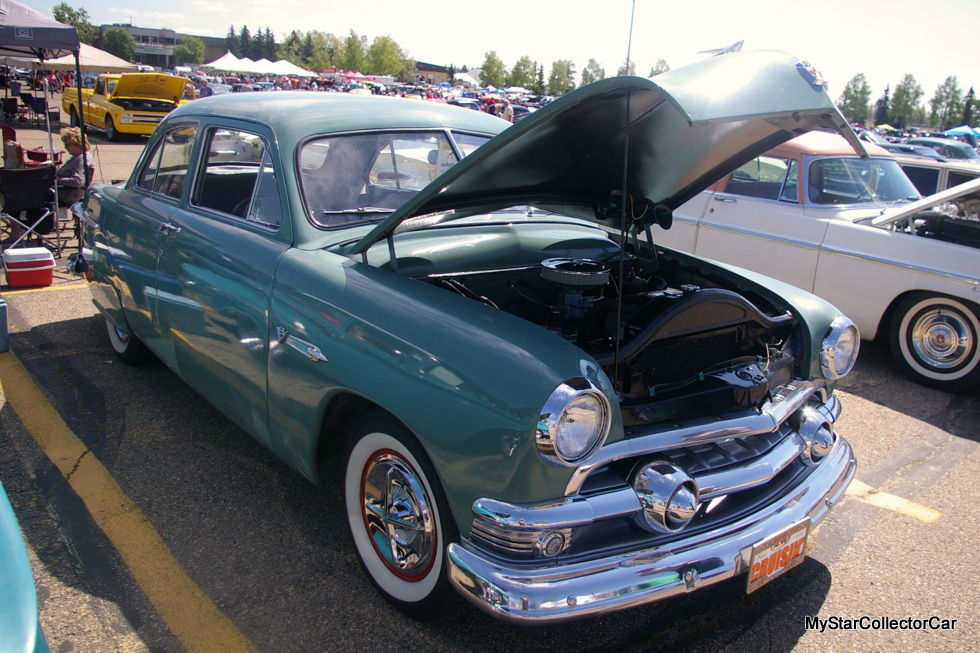 The interior is original and has only one modification with the period blue lights in the corner of the windshield which Elmer noted were “genuine glass lights”. 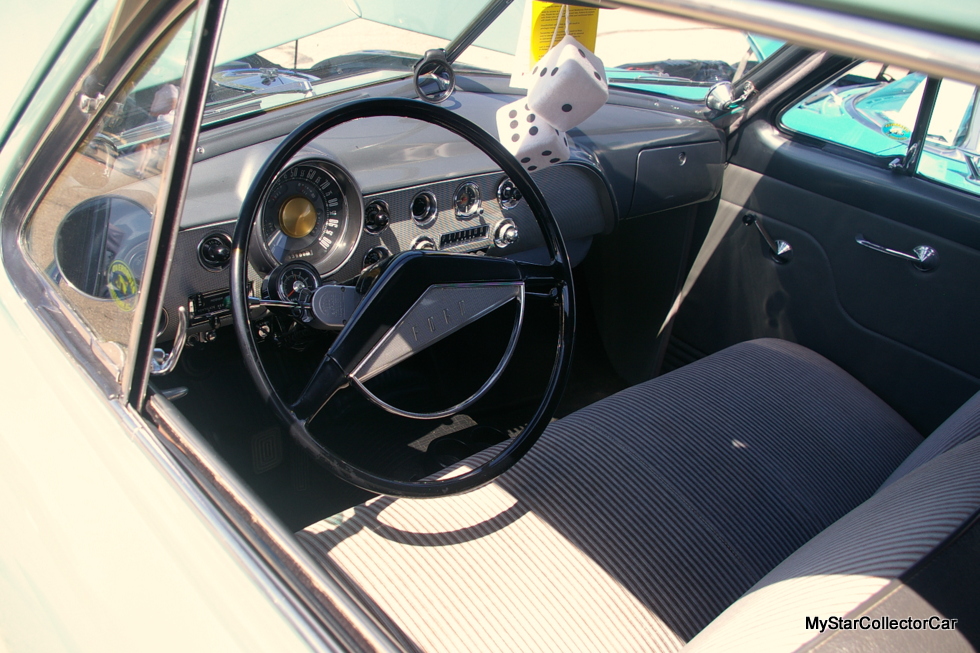 ‘Most shoebox Fords that are still around in 2016 have undergone major modifications over the years, so Elmer and Sharon’s lightly modified ’51 is a great conversation piece at car shows.’