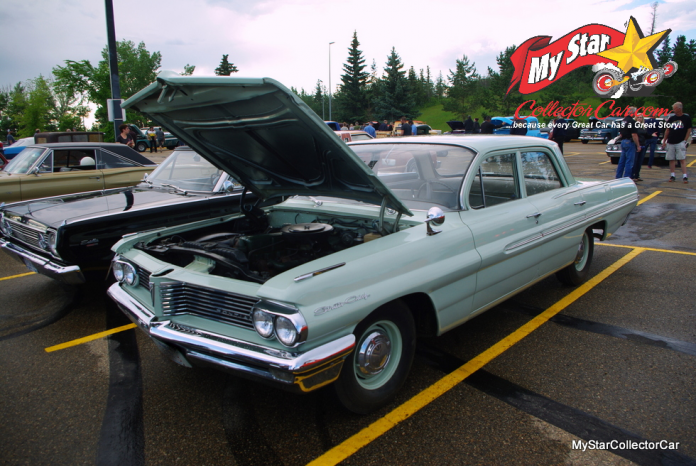 Cam Tombs has plenty of very fond memories about his 1962 Pontiac Strato Chief because his grandfather was the first owner of the car. 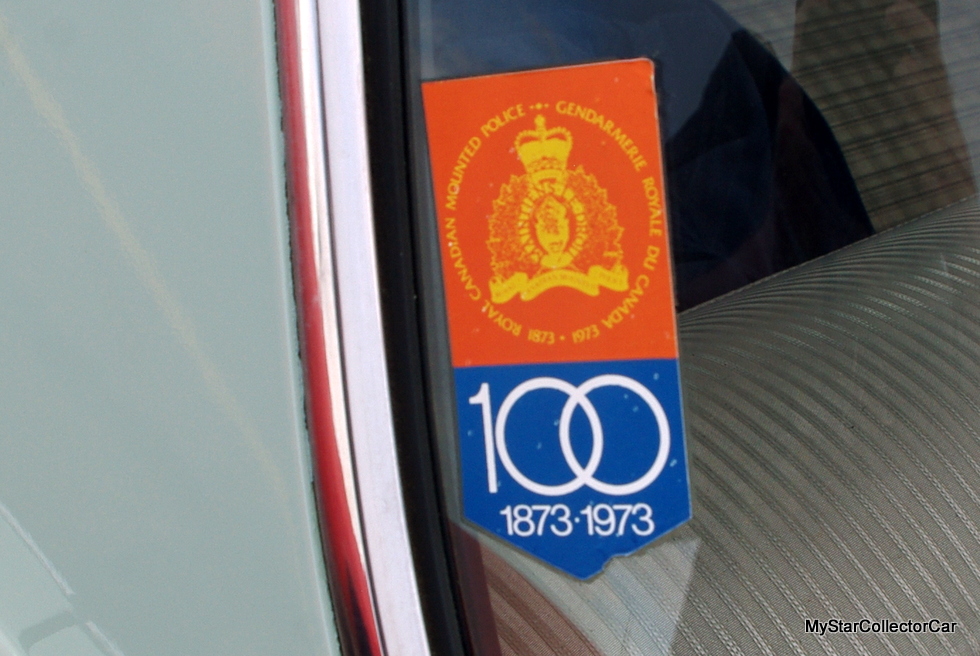 Cam’s grandfather had a long career as a police officer and bought the Pontiac as he approached retirement during the early 1960s. Cam’s granddad always looked after his 1962 Poncho and would not allow food or beverages to be consumed inside the car. 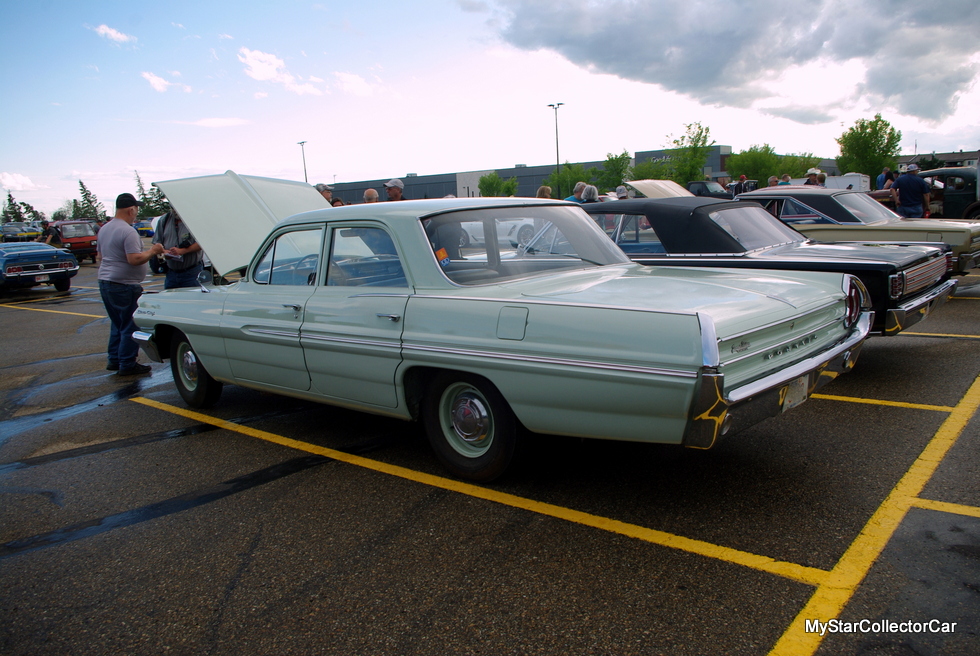 It was also garaged for its entire life, including visits to Cam’s family in another Alberta, Canada city about 90 miles from his grandfather’s home. The guest of honor in Cam’s family garage was always the ’62 Strato Chief owned by his grandfather. 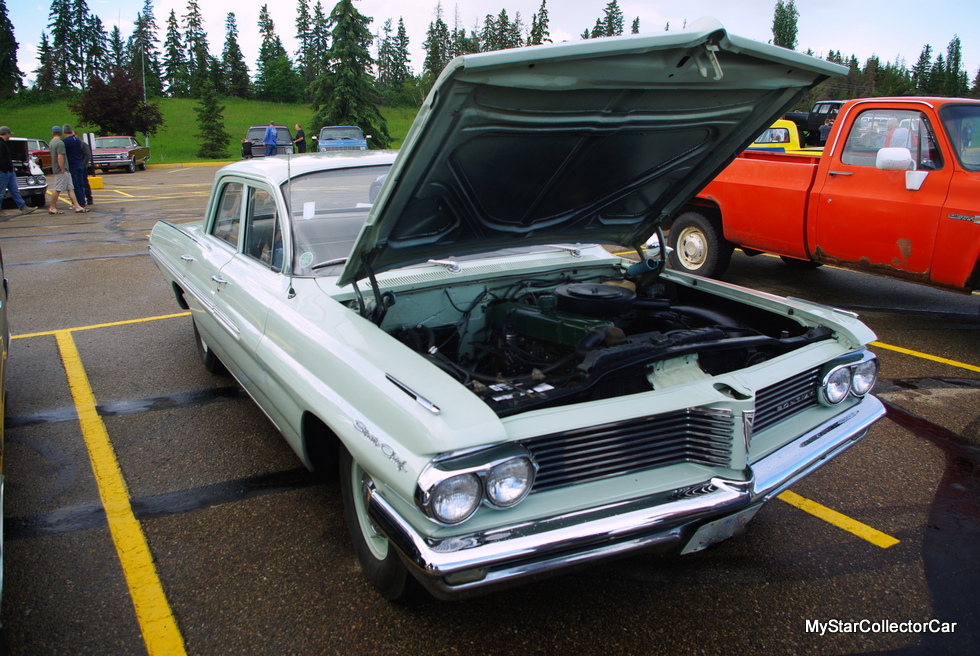 His grandad also used the car for long trips from their home in northern Alberta to the sunny climate of Costa Mesa, California. The Pontiac performed flawlessly on every journey, according to Cam. 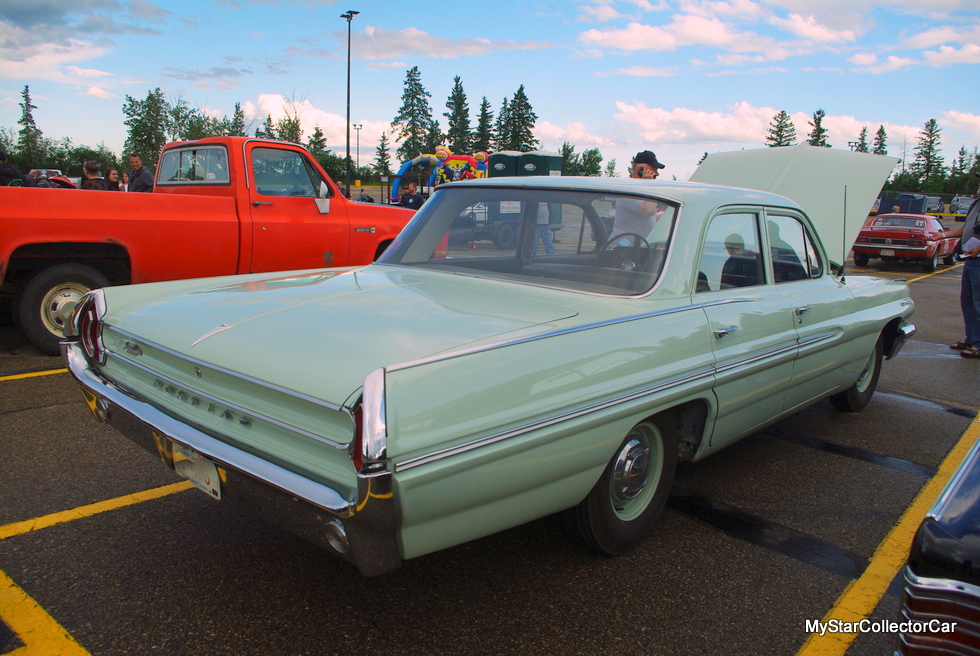 The trips when he was a young passenger in his grandfather’s car built strong memories for Cam over the years. His interest in the car initiated a sale between Cam and his granddad during the mid-1980s for the princely sum of one dollar, according to Cam. 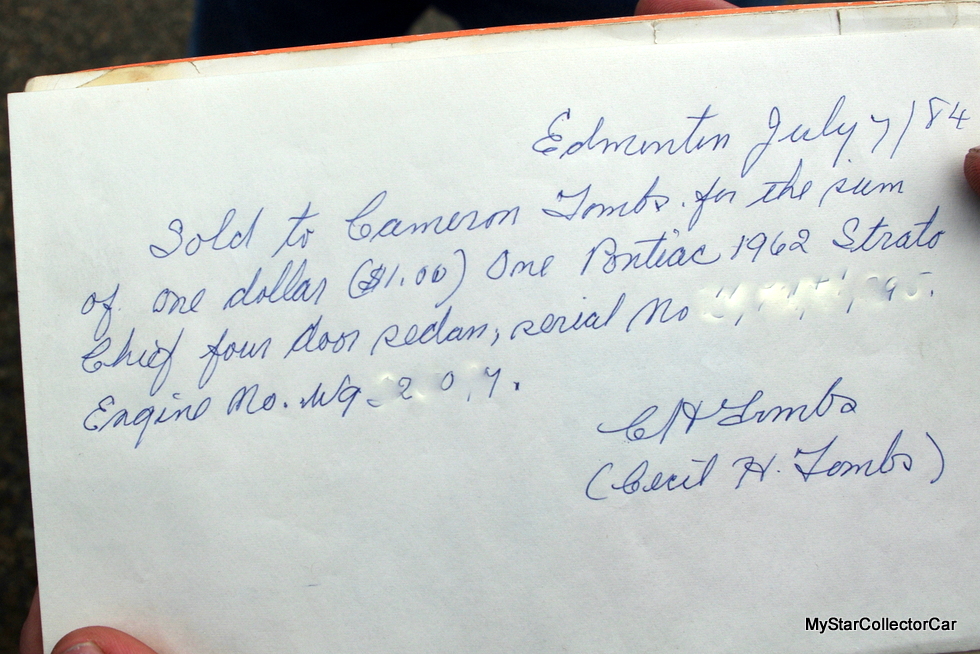 He wanted to restore the Pontiac back to its original glory and was happy about its condition when he became its owner. For example, the pampered interior was still in excellent shape and required no replacement when it came to the seats. 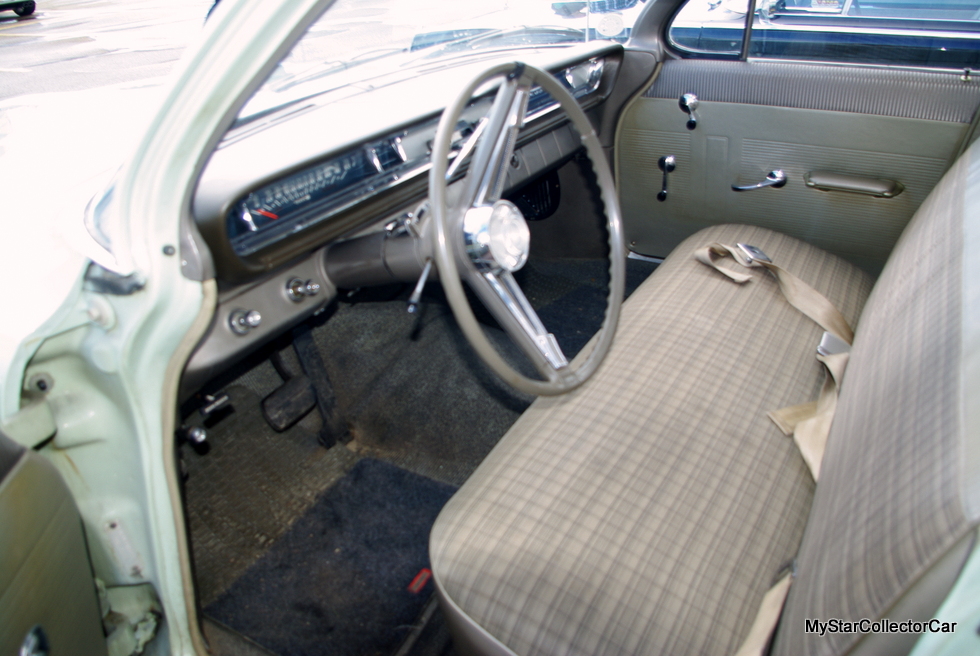 Cam mentioned that he did some replacement work on the armrests, but the interior was still essentially the same one with the food and beverage ban from his childhood. 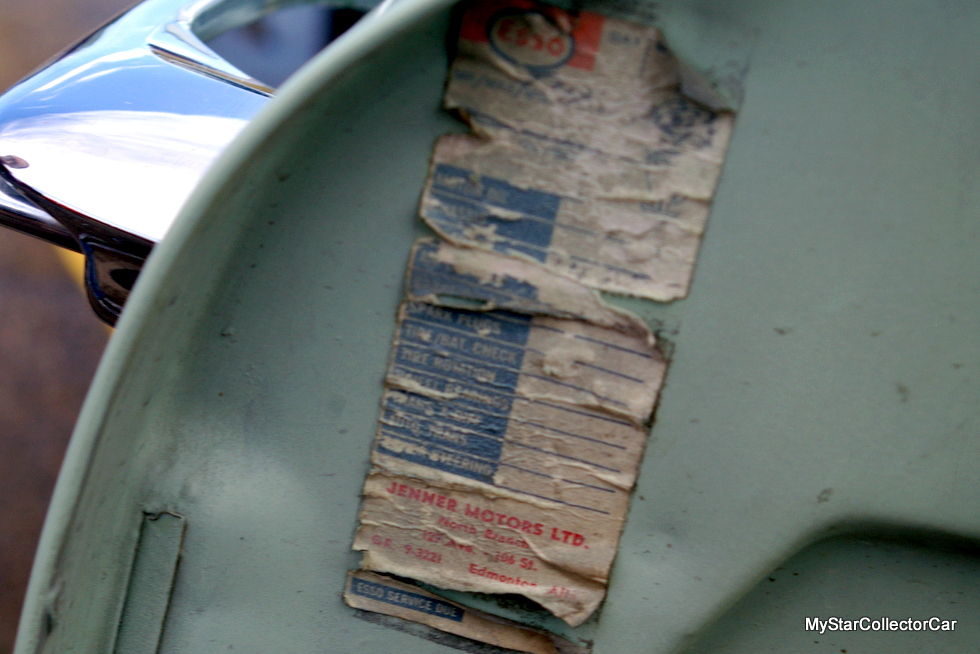 The exterior of the Pontiac required some modest repairs that included minor dents, along with some lower front fender rust repairs. The six-cylinder/2-speed Powerglide automatic transmission powertrain combination also been remarkably preserved over the years and is still a reliable duo for Cam on the road. 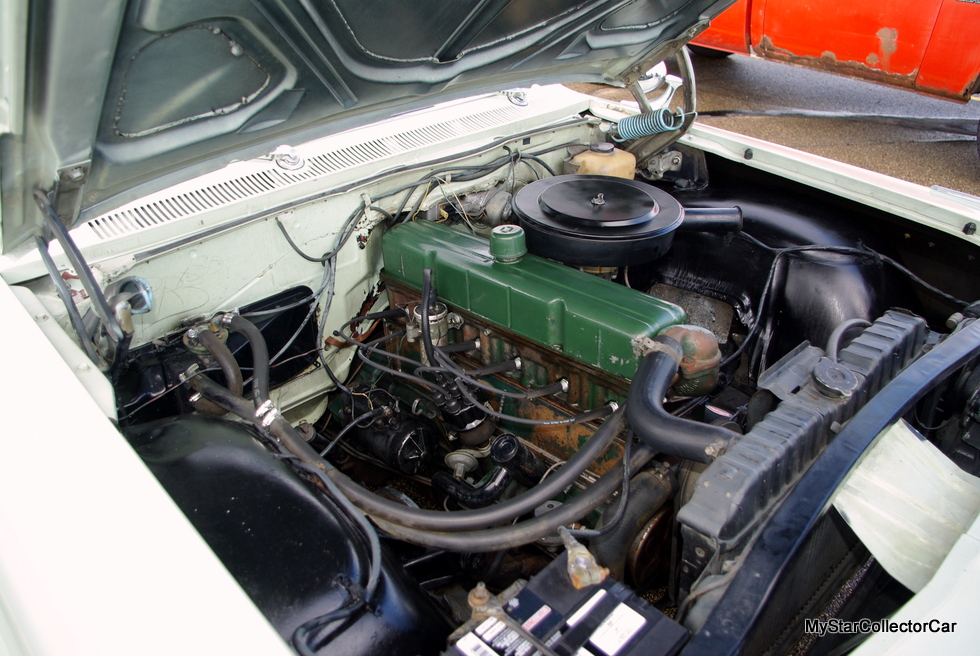 He added the ’62 Pontiac can still handle the open road and is very capable at higher speeds on the highway. Cam indicated the noise levels are also fairly low inside the car when it comes to highway velocity in his family heirloom car. 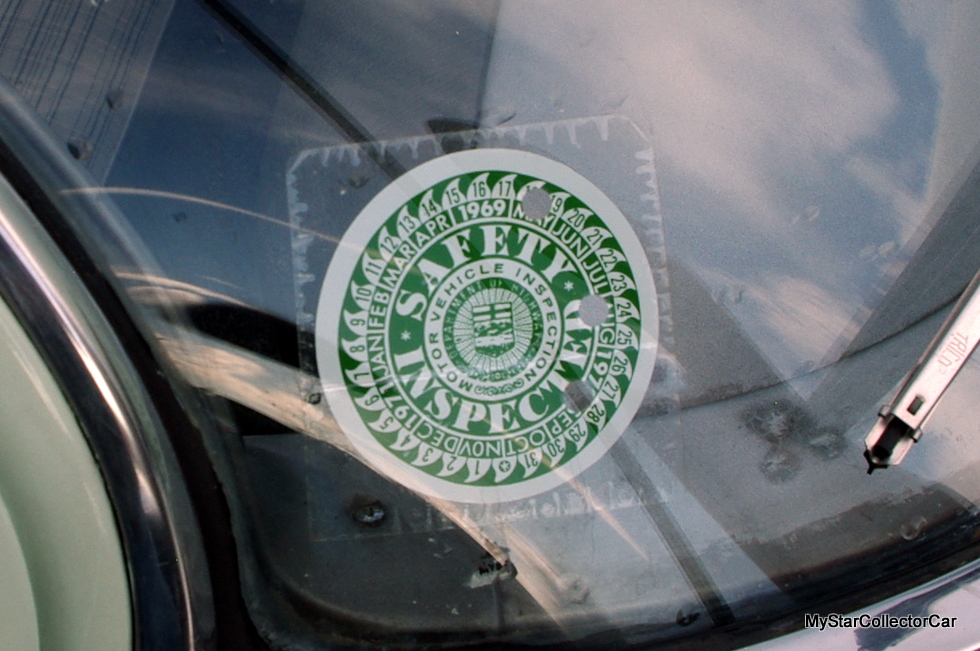 Cam opened the Pontiac’s trunk to show its remarkable condition after all of these years. Cam also pointed to his grandfather’s toolbox which is also stored in the car’s trunk. 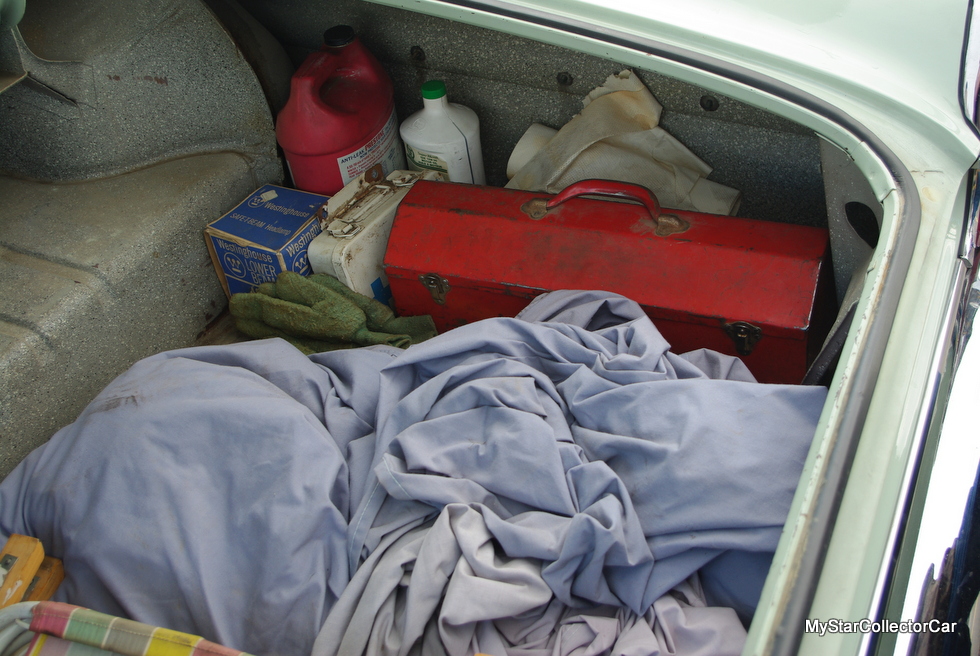 It was very clear to us here at MyStarCollectorCar that Cam’s remarkably preserved 1962 Pontiac Strato Chief is a veritable trip down memory lane for him. He can easily recall a bygone era when his grandfather owned the car-a time when Cam formed his lifelong attachment to the car. 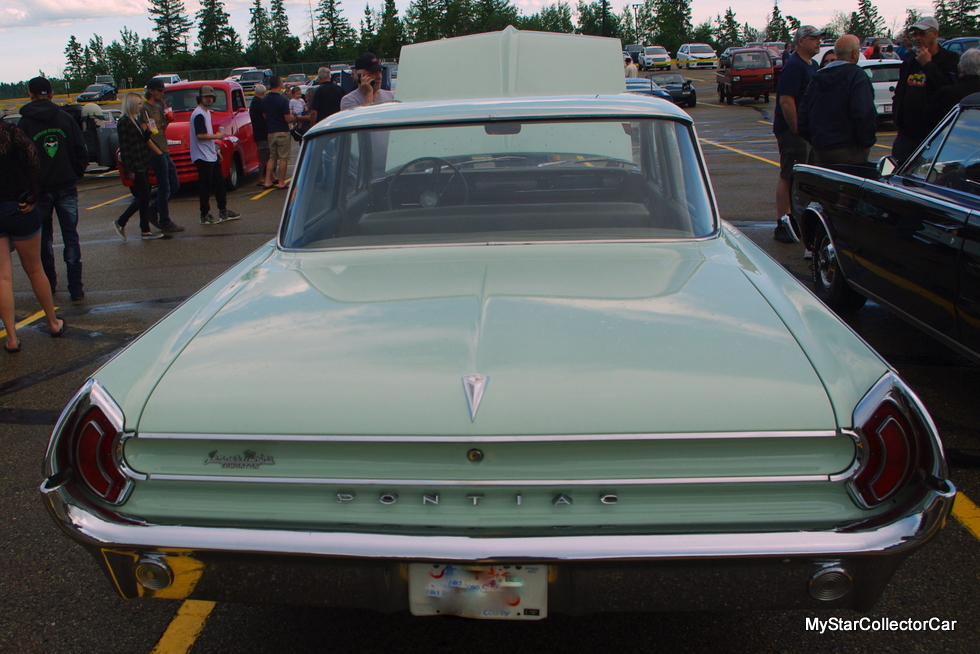 Those fond memories mean a great deal to Cam at this point in his own life and have extended to another generation in his family because his young nephew is the likely next heir for the 57-year-old Pontiac Strato Chief–the classic Poncho with a very long history in Cam’s world.

THE DIDSBURY CAR SHOW HAD TWO 1957 NOMADS AND ONE EMBARRASSING...