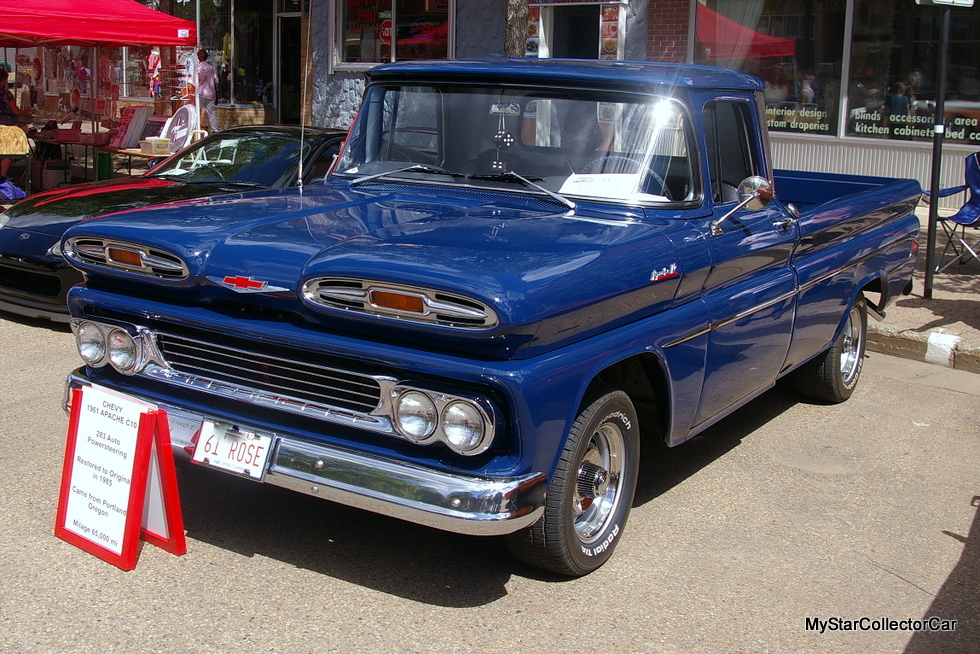 “61 Rose” was the name on the truck’s license plate and we wanted to learn more about the name.

‘It turned out Rose is owner John Hiebert’s wife and the stylish 1961 Chevy Apache was named in her honor when he bought the truck as a tribute to a milestone in her life.’

John’s tribute to his bride also included a stylish custom paint touch on the side of the truck in honor of Rose. 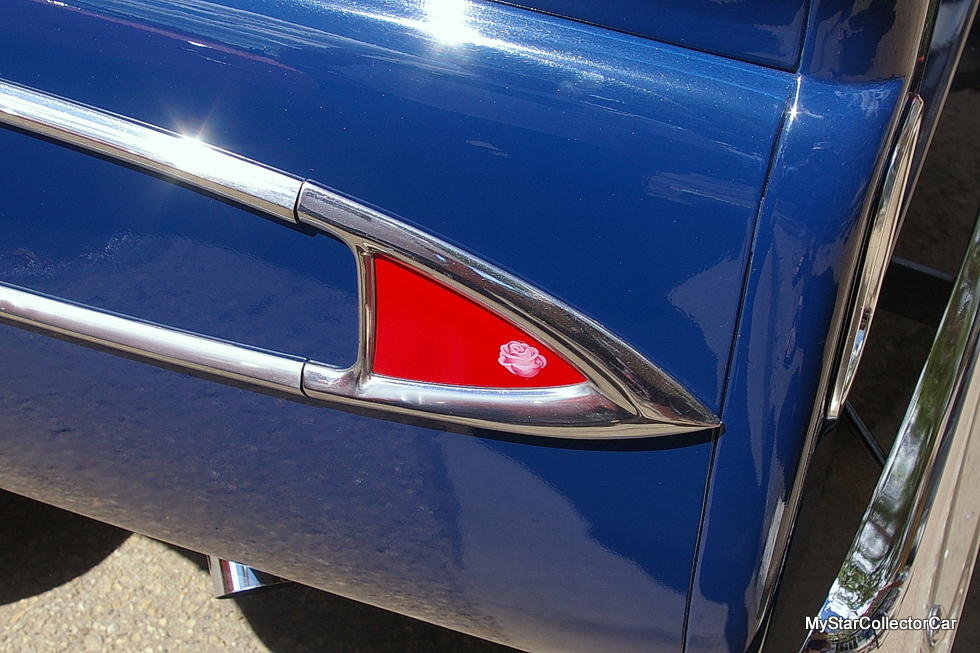 A 1961 Chevy Apache in excellent condition will always draw our attention and John was happy to fill in the blanks about his stylish pickup when we found him and his truck at a show last summer. 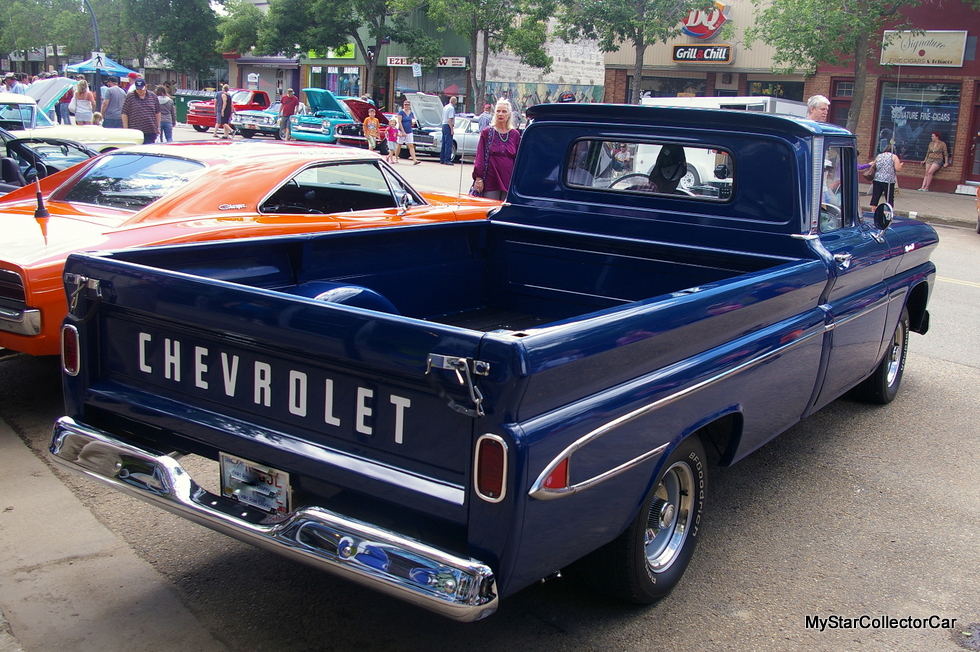 The truck only has 61,000 miles on it and was pampered by its previous owner who was also John’s boss. John rebuilt a 1975 Chevy half ton when his kids were young and eventually sold it to his son as his first vehicle. The ’61 Apache was “kind of a replacement for the ‘75” in John’s words because he wanted to own another vintage truck from the General and this truck was the right fit. 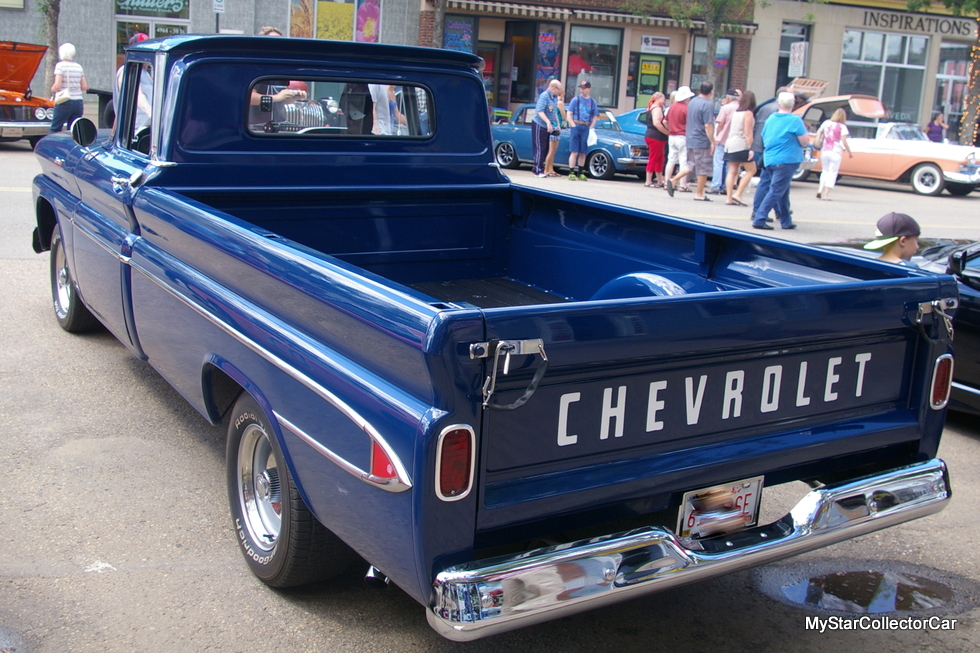 The Apache is a relative newcomer to John’s life and he enjoys any time he can get on the road behind the wheel of the pickup. General Motors took an unusual approach to its pickup trucks in the early 60s after they designed a frame and suspension that was closer to a passenger car ride. 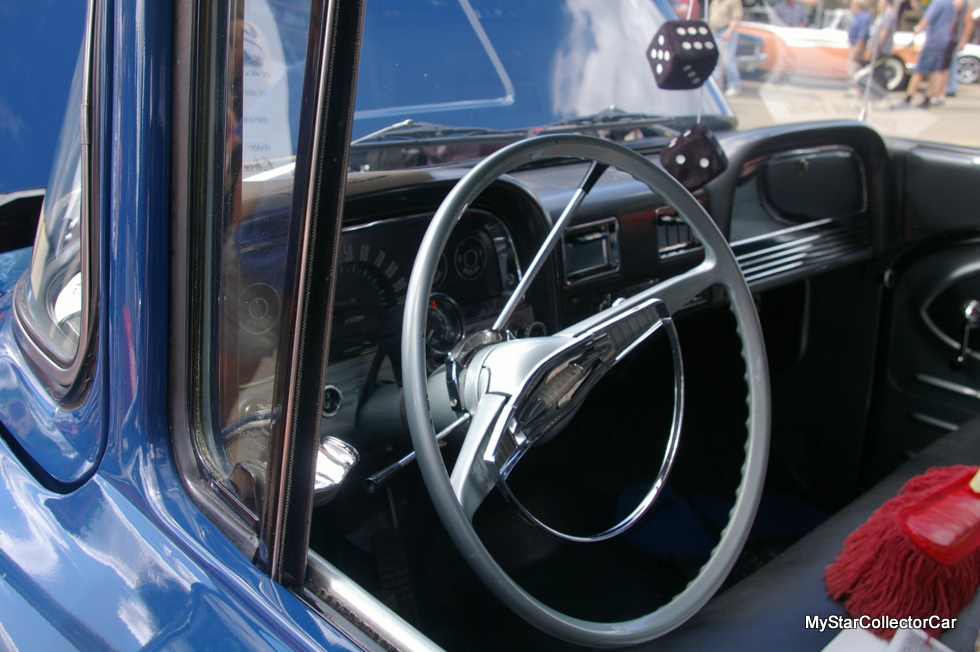 These trucks had torsion bar front suspensions and with factory overload coil springs in the rear to smooth out the bumps on back roads. John was very impressed with the truck’s ride and said he owns a 2007 Acadia that does not handle rough roads as well as the 55-year-old pickup truck. The Apache “floats real nice down the road” according to John.
The truck is also a capable performer on the road because it has a factory small block V-8 and automatic transmission to handle the pace of 21st century traffic. 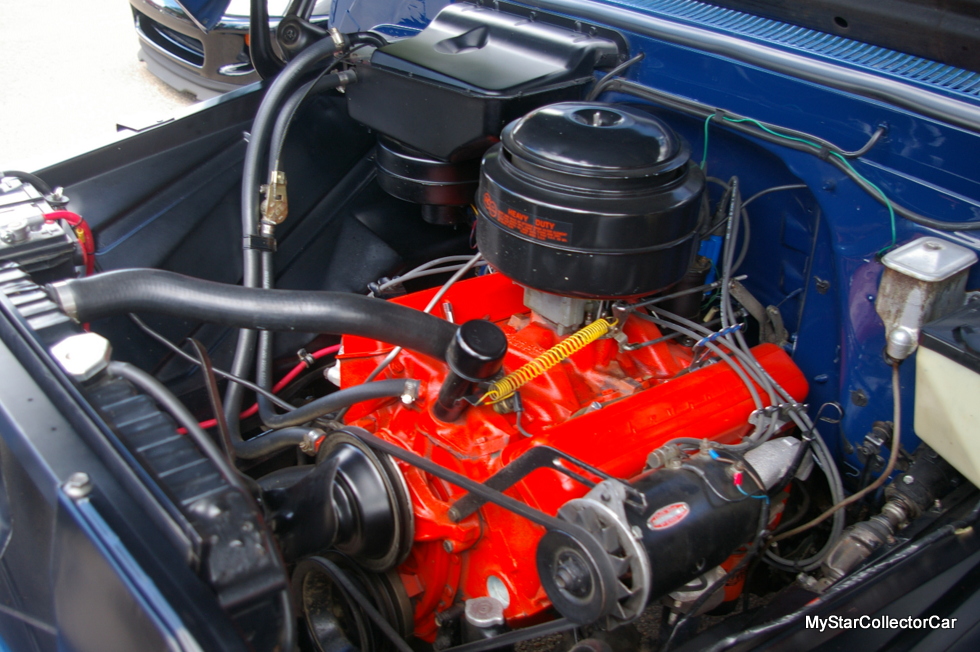 The 1961 Apache has a trademark hood with signal lights built into it. The hood style was “too ugly for the look of the truck” in John’s opinion, but we respectfully disagree with him on this point because the striking features of the hood are what sets it apart from the rest in our humble opinion. The hood is part of the cool factor found in this stylish truck from the early 60s. 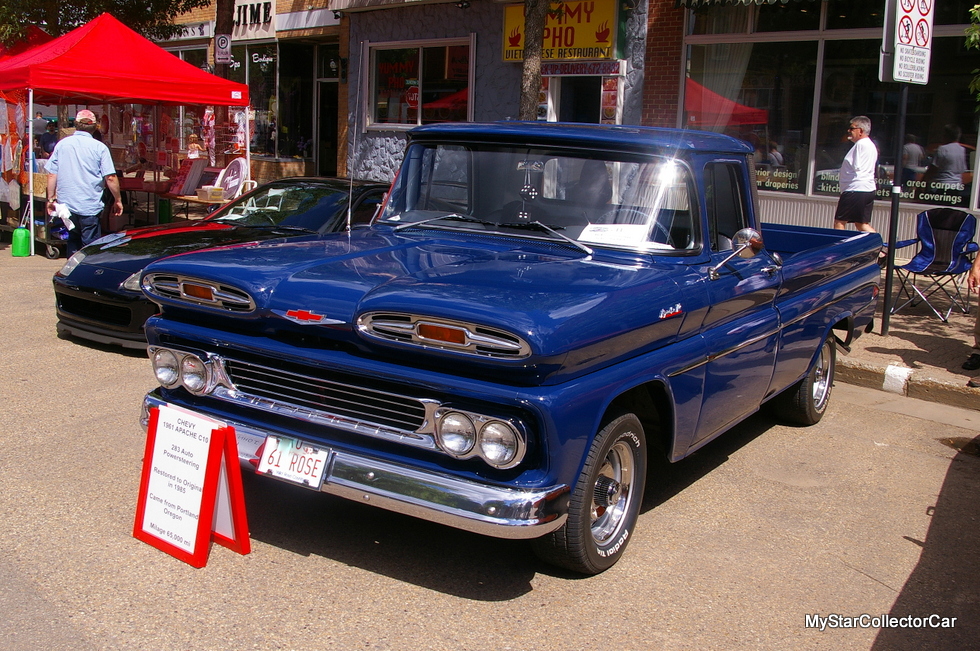 The bed on the Chevy truck was factory black and clear-coated by John. The Apache was dressed up with extra chrome and has early Corvette-style custom wheels for an added cosmetic touch on the truck. John also added dual exhausts to the truck to give it a little extra breathing power and performance.
John also pointed out the chrome tailgate latches and we began to understand how the subtle changes made to the truck were great choices that enhanced the overall look of the ‘61 Chevy. 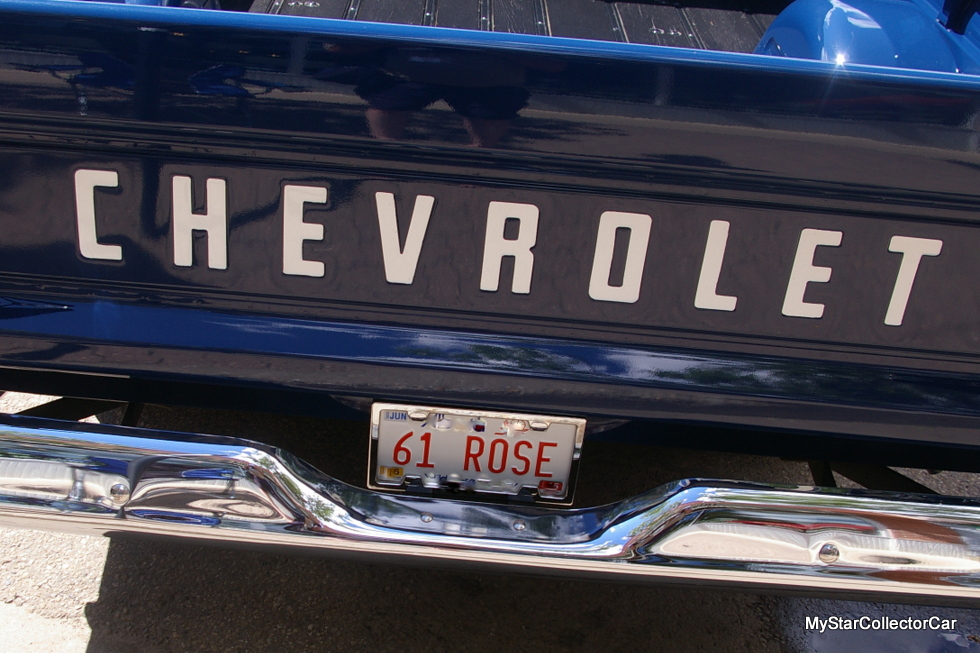 However, in the final analysis, the most important change to the Chevy pickup for John is the person whose name now graces the truck: his wife Rose.