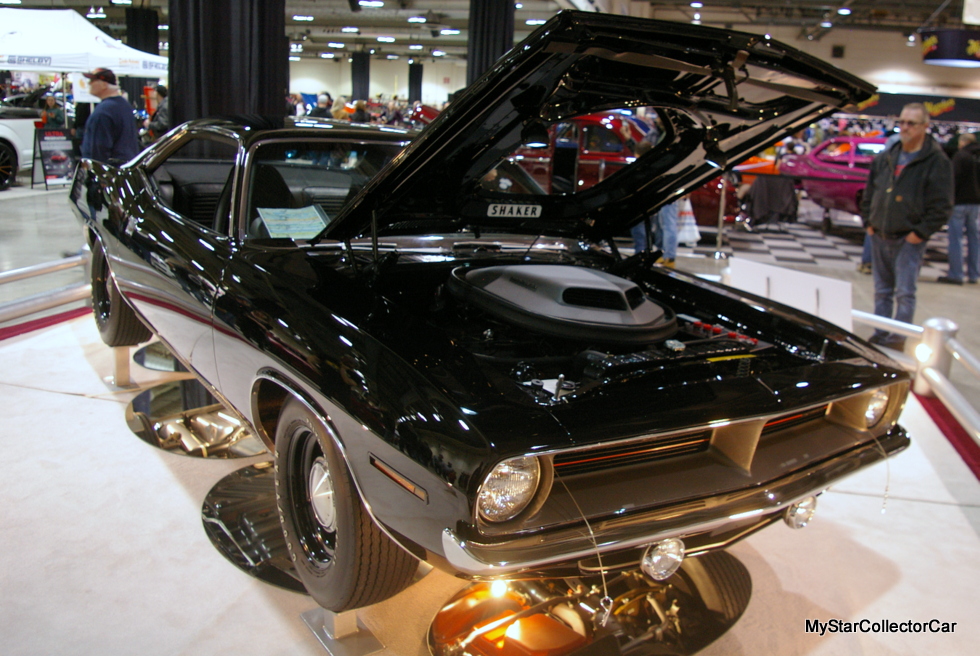 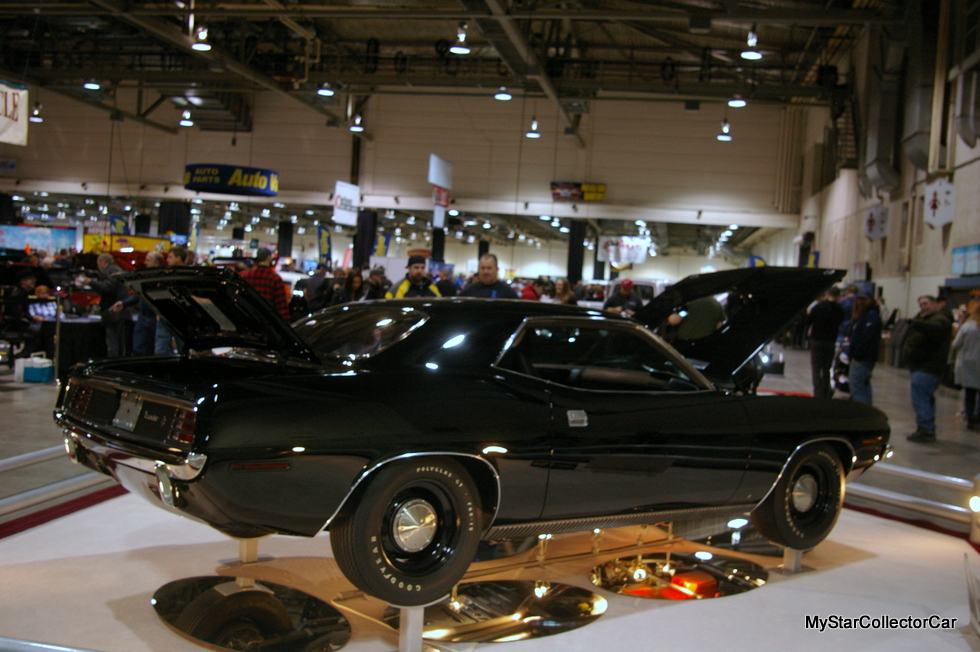 A 1970 Plymouth Hemi Cuda checked off all of the boxes for its original owner when he purchased it in late 1969.

The Cuda was a lean and mean fighting machine that could more than hold its own in street and track wars. 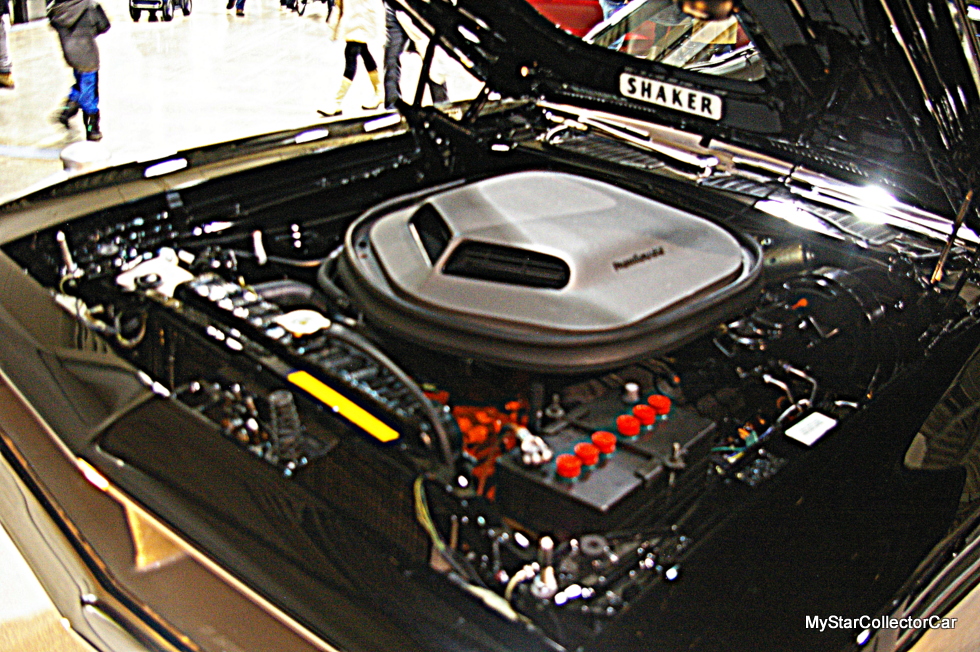 A lot of water has gone under the bridge since the Cuda was first purchased 50 years ago and now the car is owned by Kevin and Carrie Kuypers after a long succession of owners over the years. The previous owners also respected the Cuda’s heritage and kept the car in reasonably original condition over the years.

The Cuda underwent a major restoration 25 years ago and was actually in good shape when the Kuypers became its owners about “5 or 6 years ago”, according to Kevin. He was OK with the earlier restoration, but he wanted to bring the car back to the original Cuda that left the showroom back in 1969. 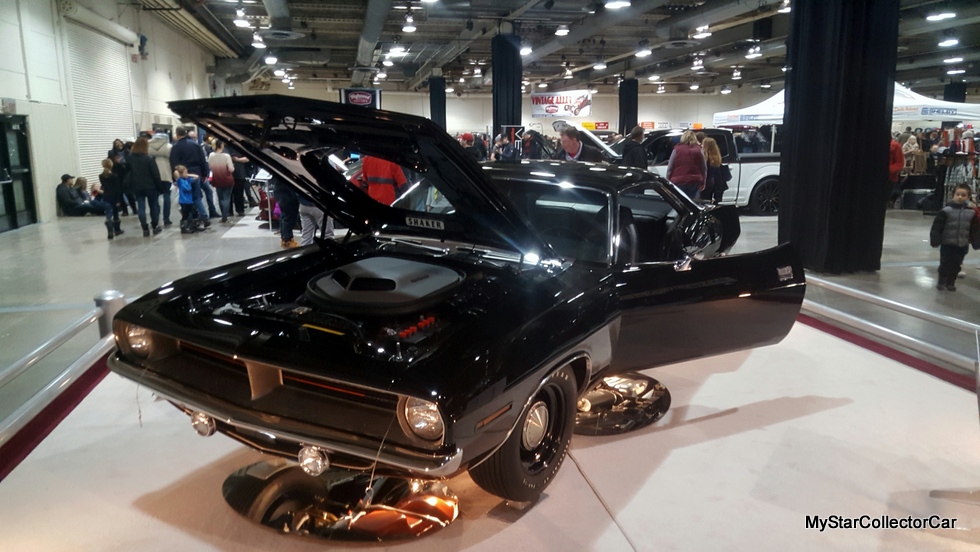 The Cuda still has its original Hemi hooked up to a factory 4-speed manual transmission transferring massive horsepower back to its original 4:10 rear end, so Kevin started from a great vantage point when he decided to breathe originality back into the car. 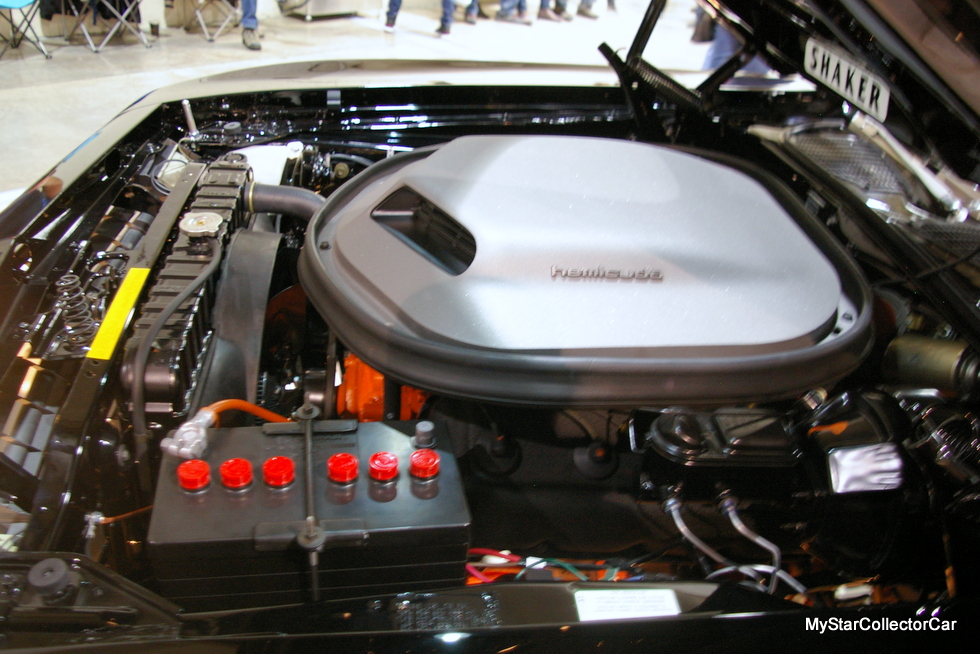 The Cuda also has its original dog dish hubcaps and “was built to race”, in Kevin’s opinion, because it did not even have a radio in it. 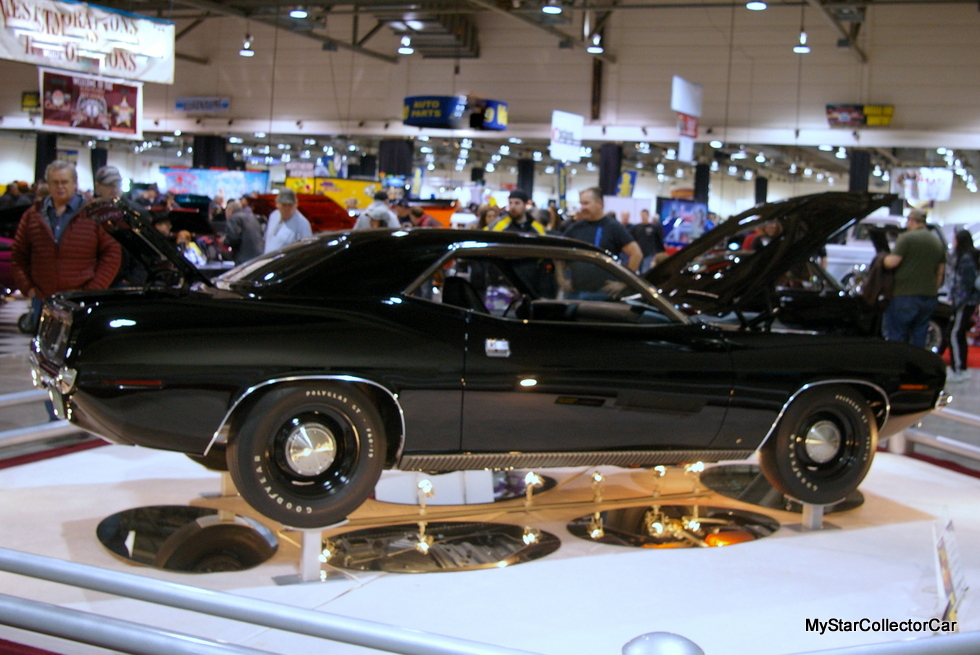 However, somebody had added undercoating over the years and Kevin wanted the material removed because “I like my cars shiny”, in his words. Every car guy will agree the process to remove undercoating is a long and tedious one that requires plenty of elbow grease to get rid of it. 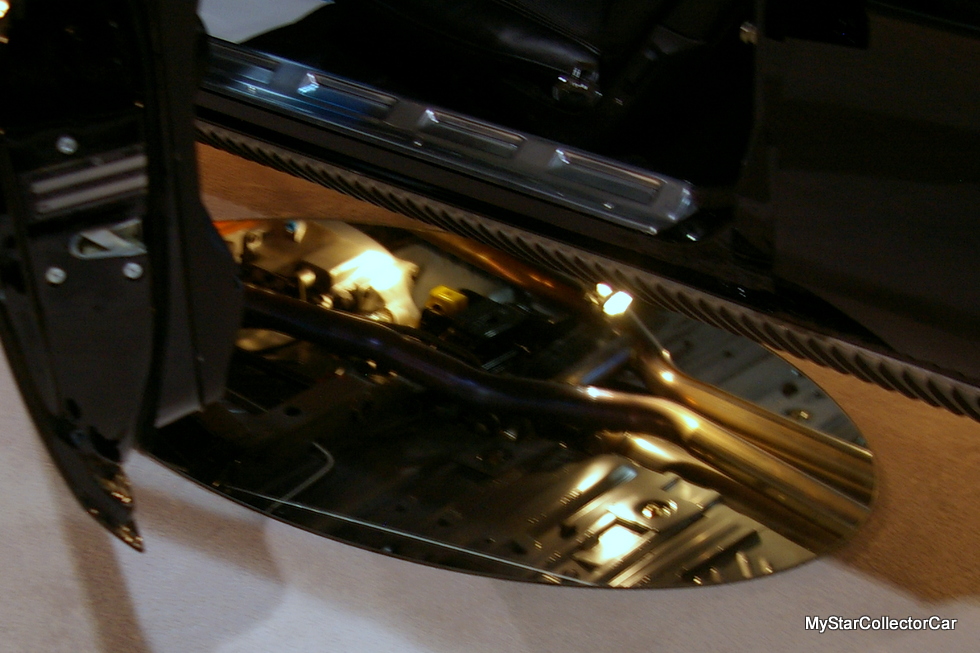 Kevin was pleasantly surprised to find the metal underneath the undercoating was still in reasonable shape and was much closer to his vision of an original car. 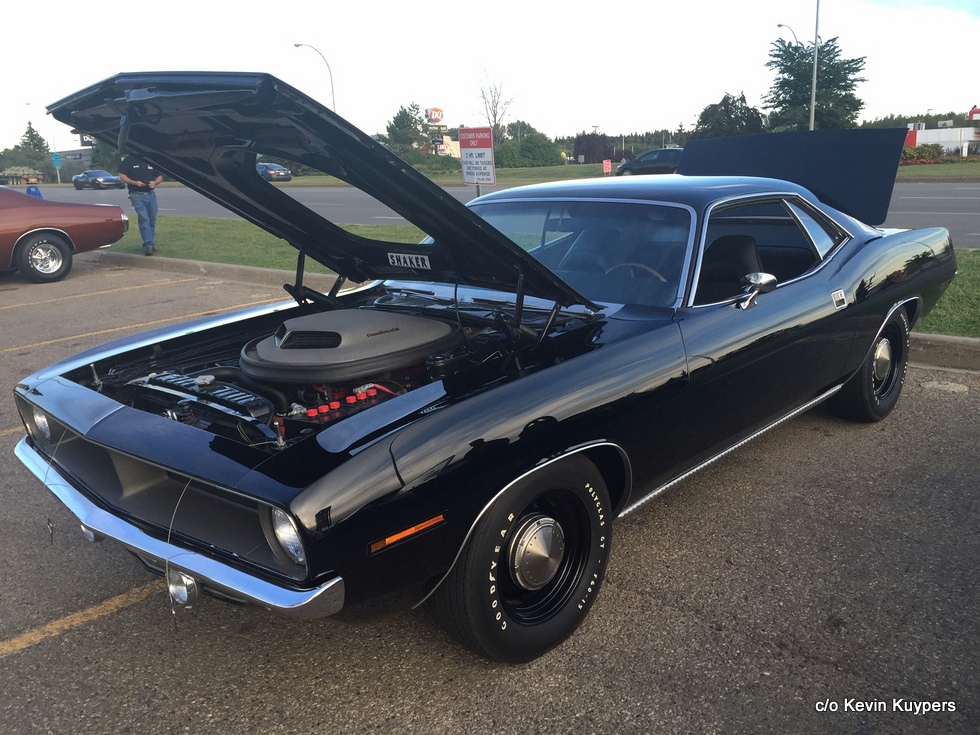 His quest for originality took him down some unusual roads because he was not satisfied with an aftermarket driver’s side mirror and replaced it with an original mirror. 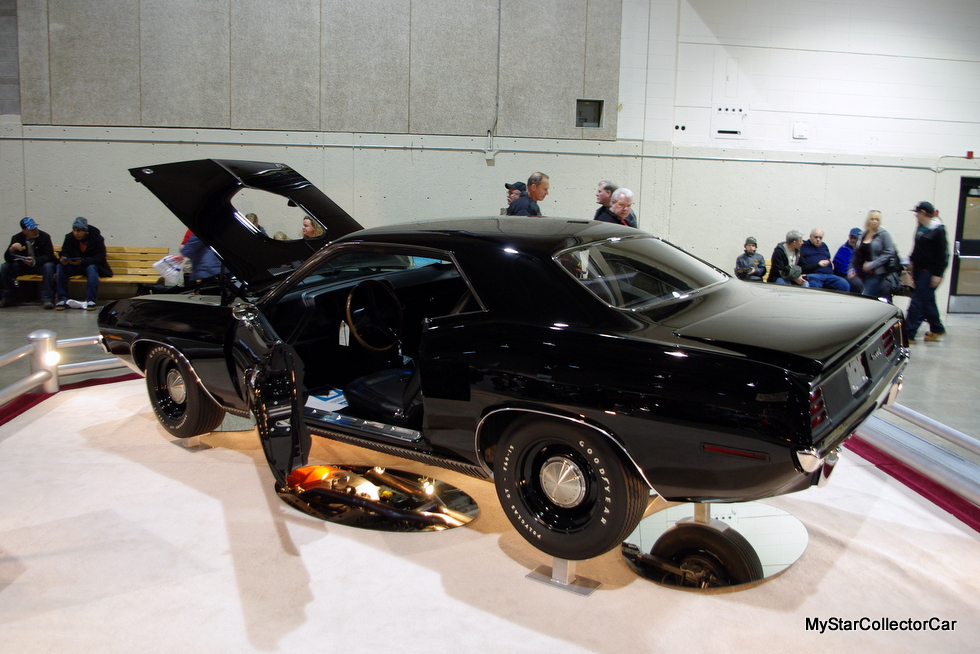 Kevin also mentioned that his search for original parts meant the missing pieces were found in several locations all over North America and involved NOS (new old stock/parts) that were built by the auto factories, sent to their dealerships, and were not used on vehicles back in the day.

Kevin even replaced the chrome rings around the Cuda’s fog lights with NOS rings so it could retain its originality with factory-issued parts. The result is the same car that prompted Franklin Mint to issue a scale model version based upon this rare Hemi Cuda. 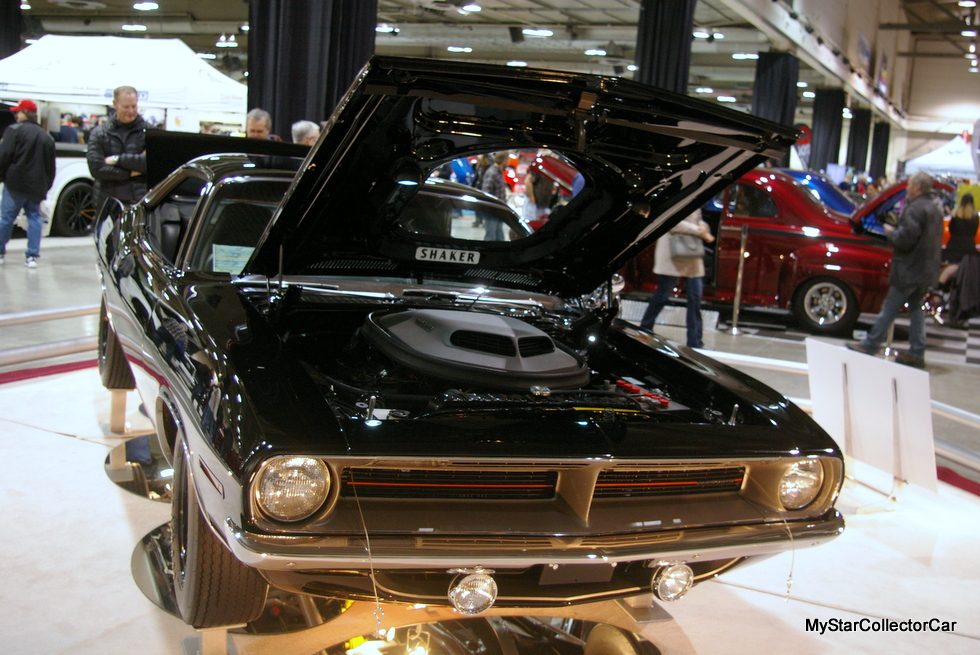 Kevin stayed true to the old school muscle car era and added the signatures of famous Mopar ¼ mile racers Dick Landy and Ronnie Sox to the underside of the Cuda’s trunk. 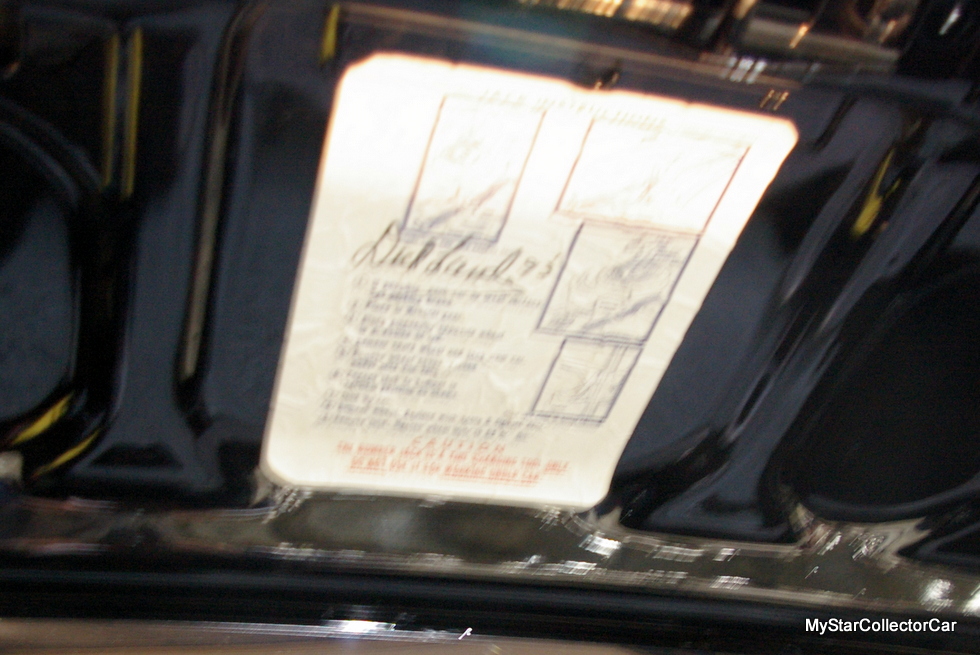 The Hemi Cuda has reached a point where Kevin is reluctant to introduce the Sinister 70 (Kevin’s name for the Hemi Cuda) to the road at this point in the restoration because the restoration process concluded only two weeks before the interview with him. 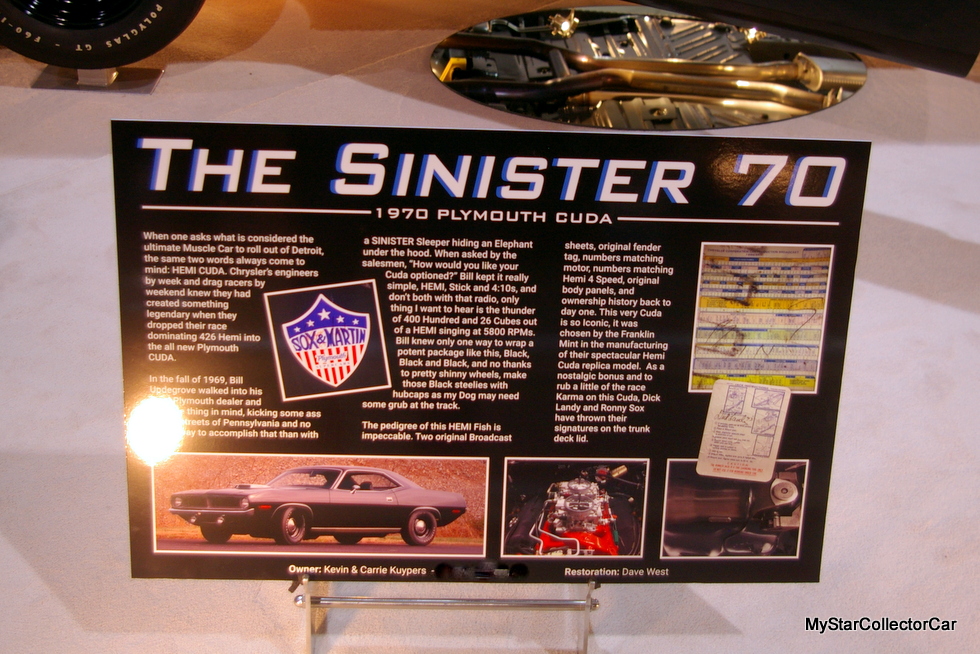 However, Kevin envisions a day when the Sinister 70 will “get some bugs on its windshield”, in his words. A factory 426 Hemi Cuda will tempt any car guy.